Getting into beard care can be intimidating given all the products. How’s a guy supposed to just know what he wants or needs or what each product is good for? Even the two products men likely see first, beard balm and beard oil, raise those questions.

Does a guy need both? Is one better than the other? We’re here to clear up the basic questions around beard balm vs oil. But first, what are they and how do they help beards?

What Is Beard Oil?

Beard oil is, unsurprisingly, oil or a blend of oils to moisturize your beard and keep it healthy. It does for beards what conditioner does for hair. The liquid oils can be spread throughout your beard and skin with minimal effort, and they easily penetrate hair and skin, helping prevent beard dandruff and leaving your hair soft and smooth.

Whether your beard is long or short, straight, curly, wiry, whatever, beard oil will soften and hydrate hair and skin and reduce itchiness and flakiness. Depending on the oils, beard oils can be scented and unscented too.

What Is Beard Balm?

If beard oil is the conditioner of beard products, beard balm would be the pomade. Like pomade, beard balm is thick in texture and often uses something like beeswax as the base ingredient. At the same time, beard balms also use some of the same oils in beard oils to moisturize hair and skin.

This gives beard balm the dual benefits of styling and continuous hydrating, like a leave-in conditioner. But beard balm is not as easy to spread throughout your whole beard as beard oil.

Beard Balm vs Oil: Which Is Better?

Neither! Both have different uses. If you’re just looking to maintain the general health of your beard and skin and don’t mind a bit of shine, go for beard oils. If you’re looking for a little more styling and hold as well as more targeted hydration and a matte finish, go for beard balm.

Beard Balm vs Oil: What Should I Buy if I Only Want One?

While we think there’s room for both in any Dopp kit, if we had to pick one, we’d go for beard oil. We think we could live without beard balm, but having a beard without beard oil is an absolute itchy nightmare.

For an overall great beard oil, check out Bevel Beard Oil. You only get 1 ounce but you don’t need much to get the effects of this oil. It’ll take care of dryness, frizz and breakage as well as soothe your skin, leaving your face and beard just plain feeling better.

Pura d’Or makes our favorite hair-loss shampoo and it also makes one of the best beard oils. The Pura d’Or Beard Oil will make your itchy, scruff beard a thing of the past courtesy of its certified organic argan and jojoba oils. Even better, it comes with 4 ounces of beard oil, double the typical 2 ounces of most bottles.

If you’re not sold on the Bevel Beard Oil, the Pura d’Or Beard Oil is an excellent alternative, whether it’s your first beard oil or your 10th.

The only negative thing to note is the viscosity of the oil. It’s a bit thin, which can make it run a little more than we’d like. But as long as you don’t use too much and rub the oil in thoroughly, it’s not a problem. 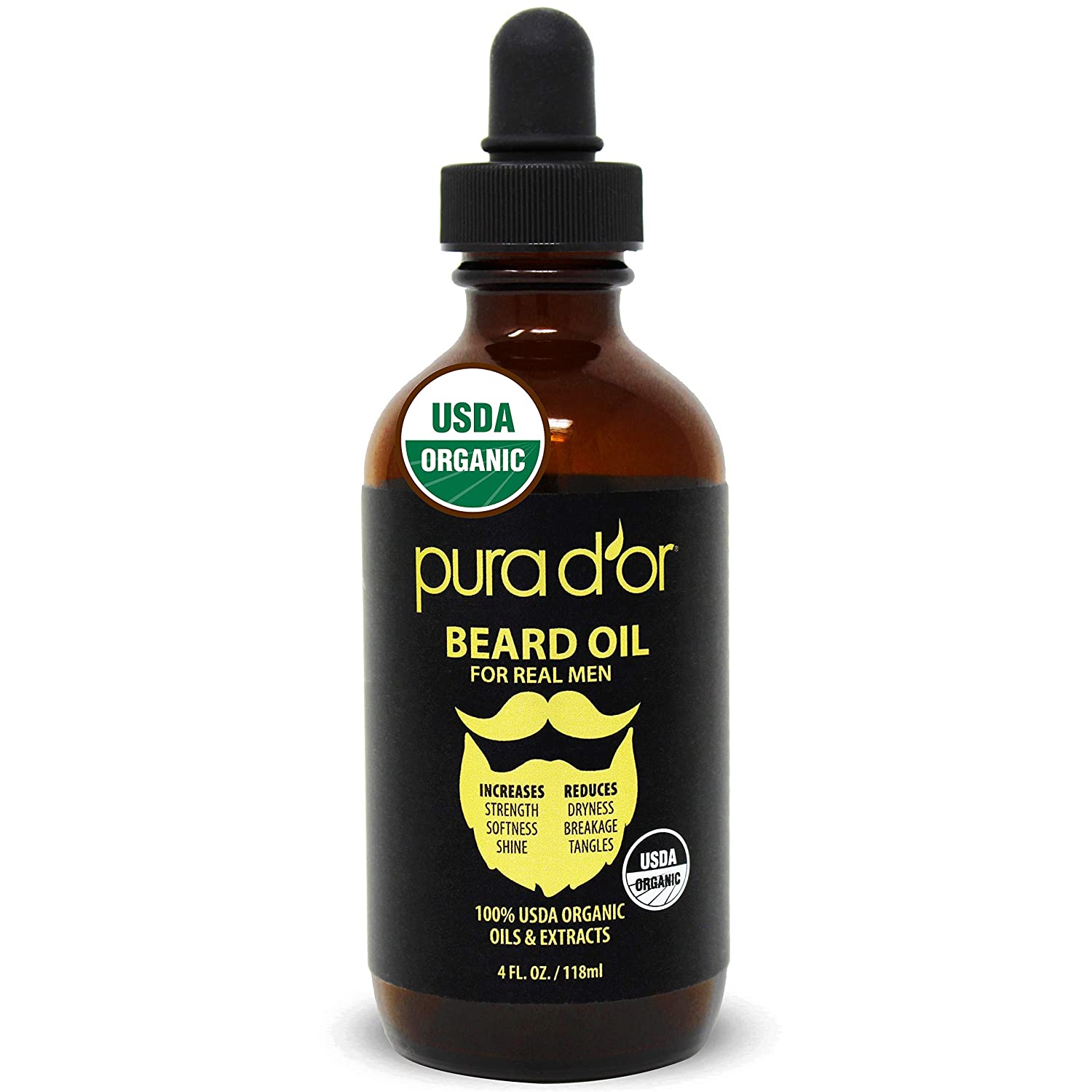 The Honest Amish Classic Beard Oil won’t let you down. You get 2 ounces of oil, and the oil consists of eight organic essential oils to condition your beard hair and soothe irritated skin. There’s a slight fragrance, but it doesn’t linger very long unless you use too much oil. Overall, this beard oil just works and will leave your beard shiny, hydrated and healthy. 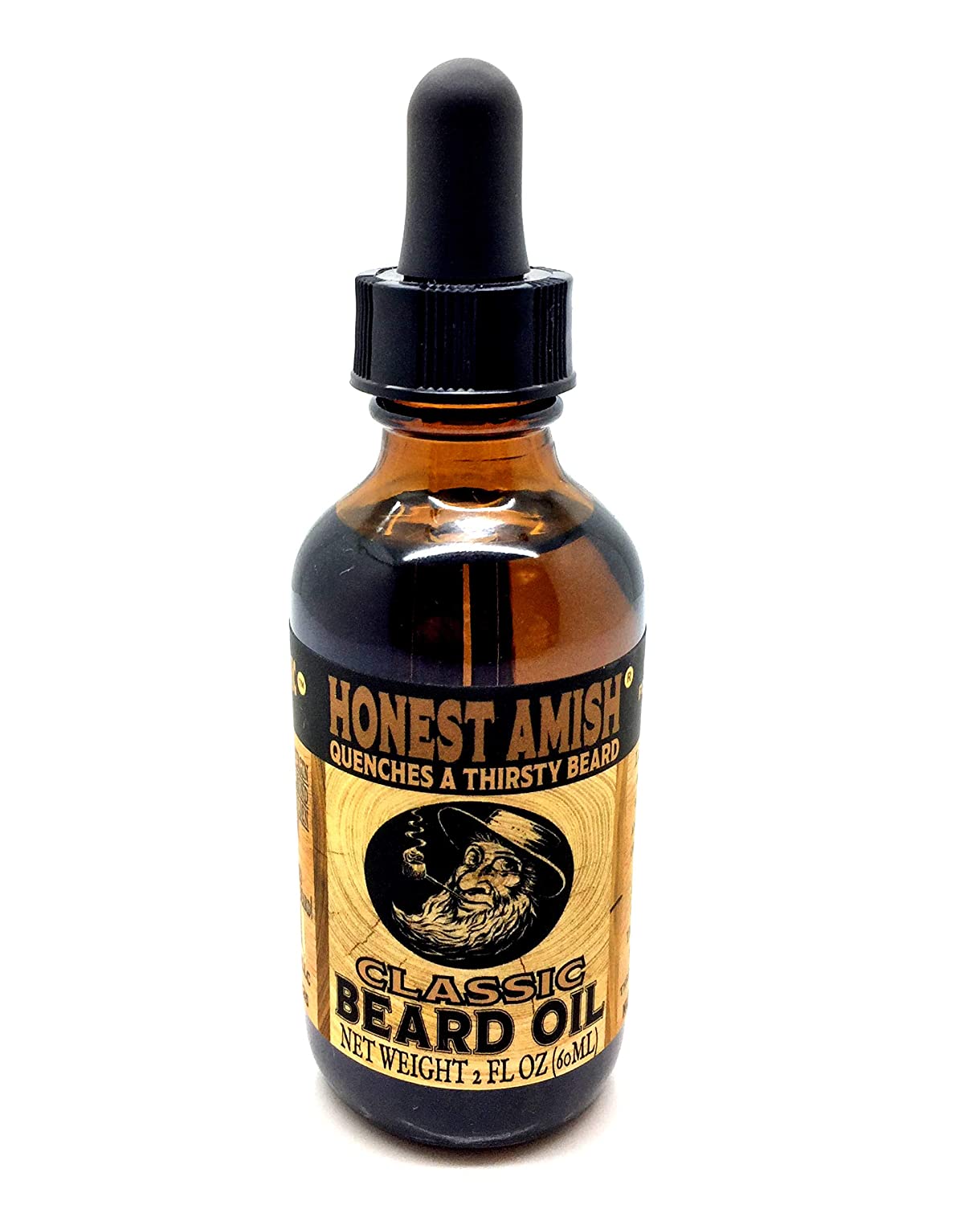 Everybody loves expensive organic oils and whatnot, but a beard oil doesn’t need to be “premium” or pricey to effectively condition your beard.

If you’re not fussy about branding or having pricey organic ingredients, the Cantu beard oil delivers a healthy beard at a price almost anyone can afford. 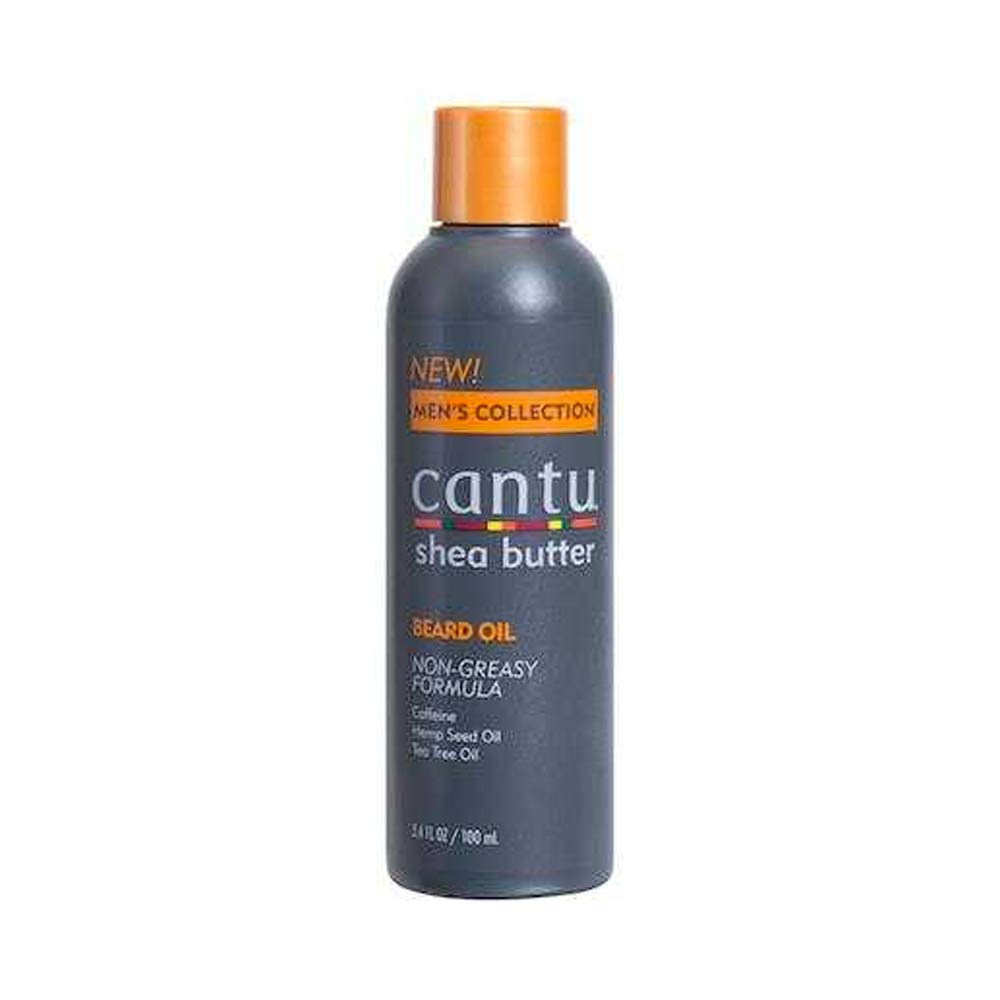 Many beard oils have either added fragrance or scents inherent to their ingredients. But if you’re wearing other fragrances from liquid cologne or solid cologne then you don’t want the fragrances clashing. That’s why we recommend the Striking Viking Unscented Beard Oil. Aloe vera, vitamin E and a slew of oils combine for a non-greasy, conditioning oil that will nourish and condition your beard and skin. 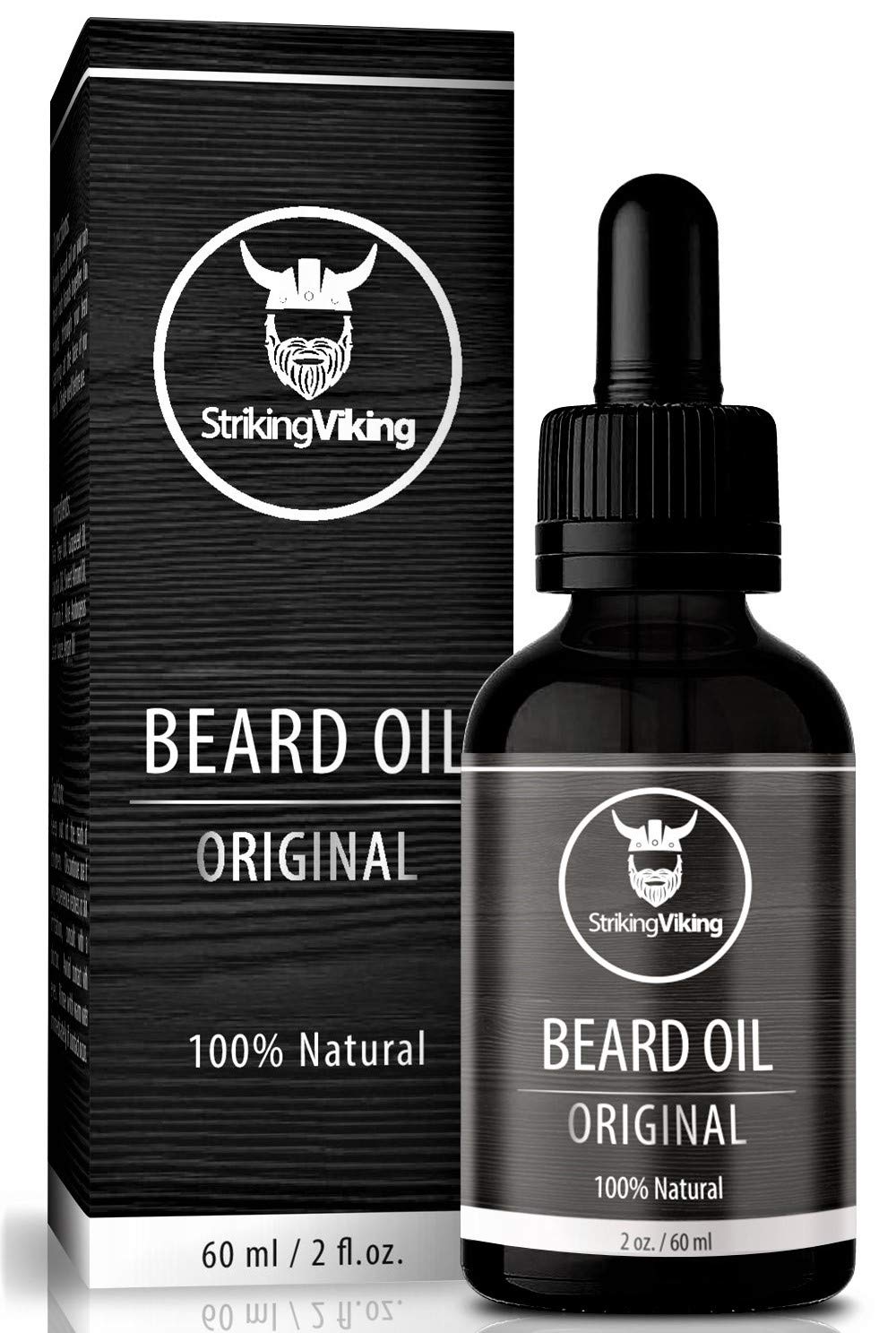 Badass Beard Care Beard Balm has been one of our favorite beard balms for a while. Shea butter and cocoa butter deliver the moisture and conditioning your beard needs while beeswax gives you a light-to-medium hold to style your beard and tame flyaways. You can get one of many different fragrances, but we like the Ladies Man beard balm for its sweet citrus scent. 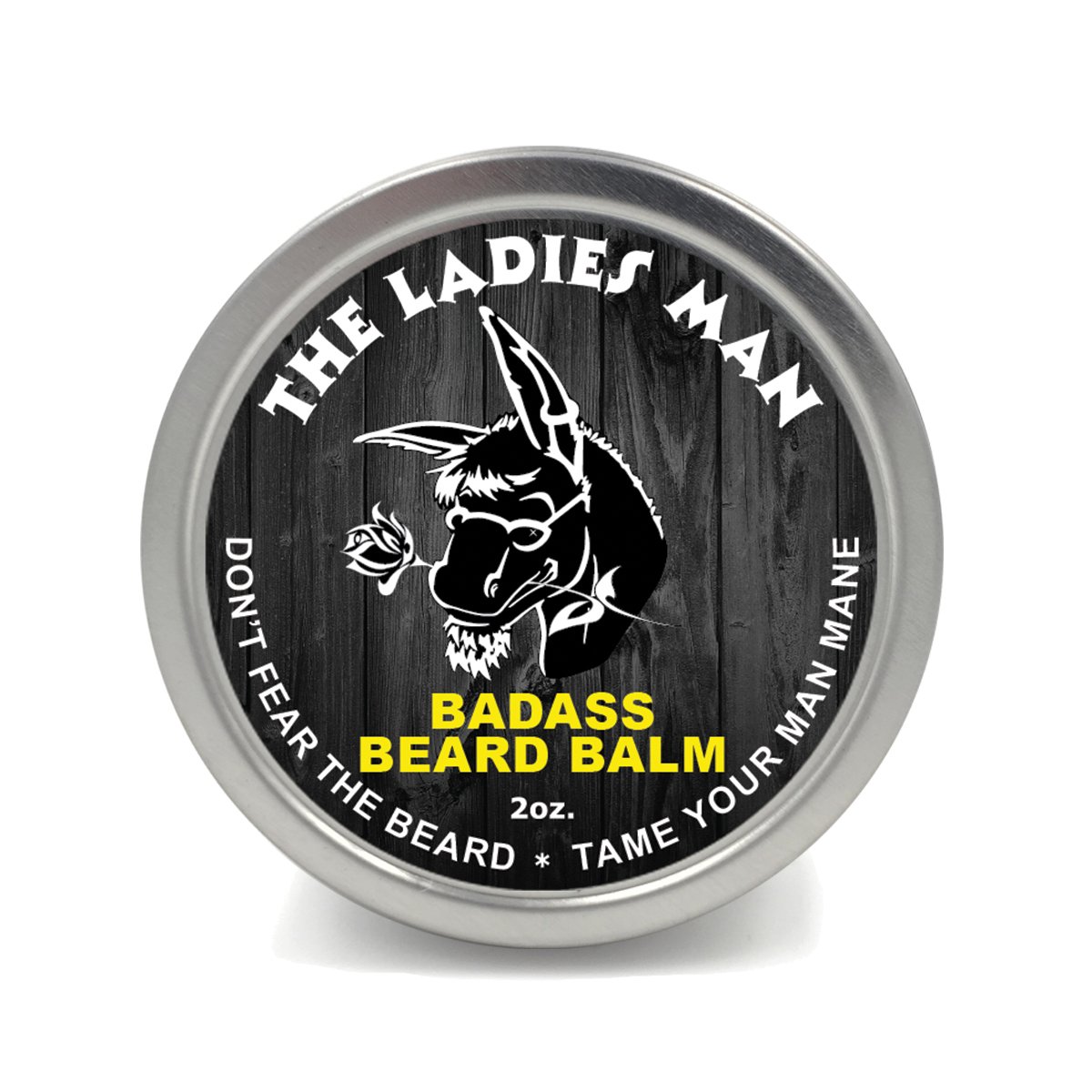 Unlike most beard balms, there’s no wax in the King C. Gillette balm. Instead, it relies more on things like shea butter, cocoa butter and argan oil, which makes it much more workable and spreadable. That means you can use it like a rinsable beard mask or you can leave it for continuous softening throughout the day.

Lastly, this stuff smells awesome and masculine, like bergamot, geranium and cedarwood.

In every way that matters, this is a very reliable and usable beard balm. 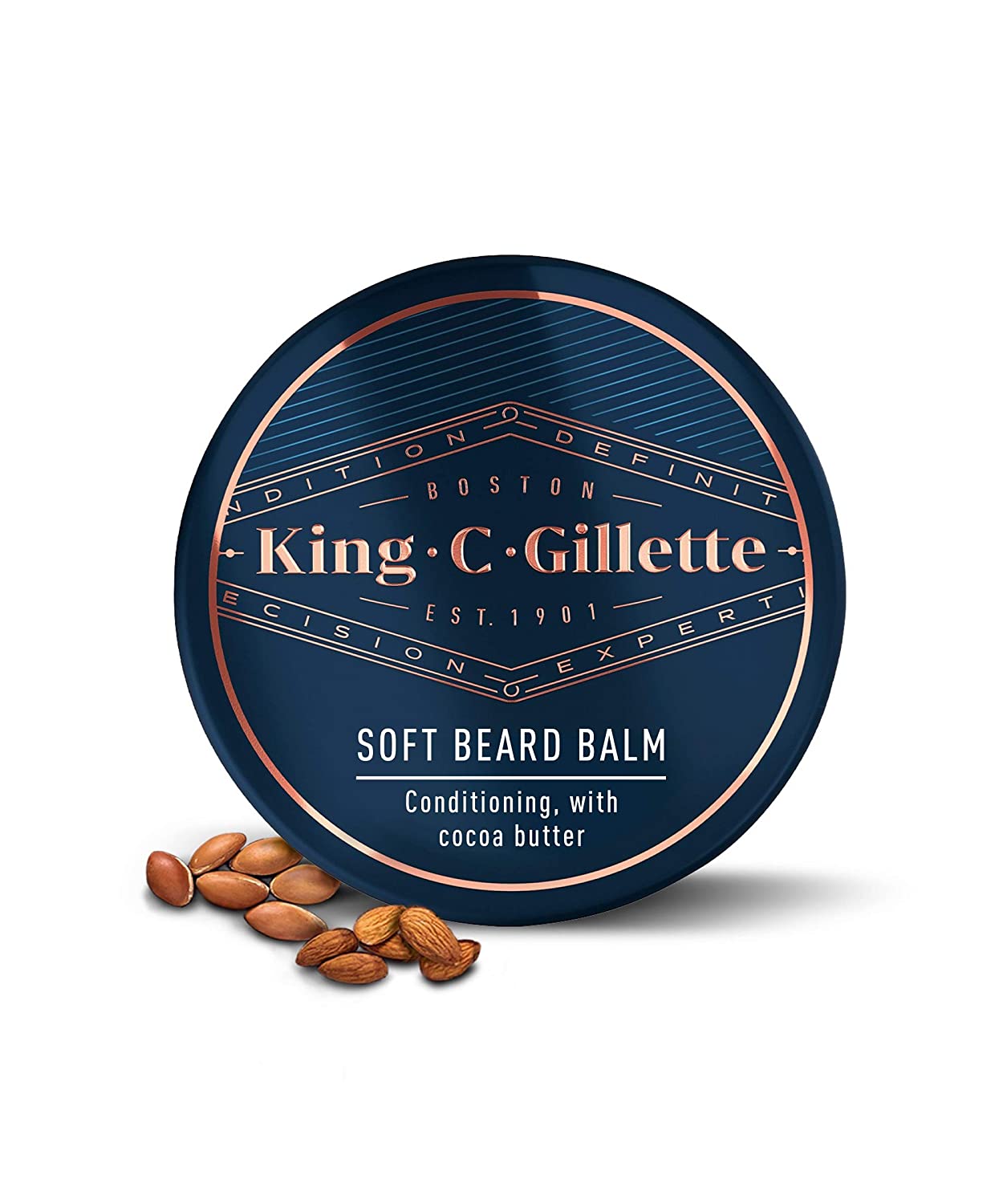 Whether you want it for the fragrance or the beard conditioning, this beard balm will take care of your beard. 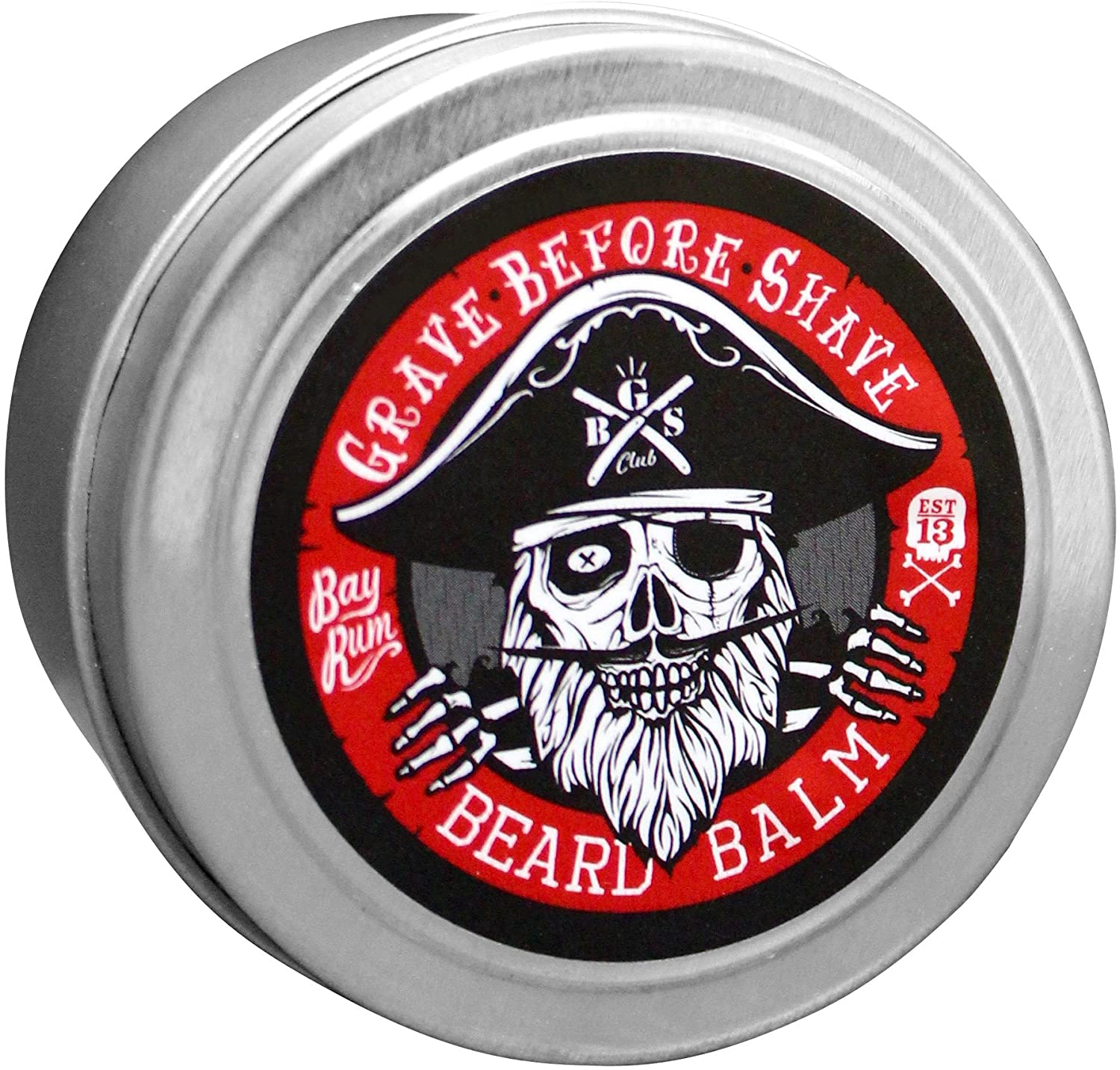 For a solid pick on the cheaper side, the ArtNaturals Mustache and Beard Balm will definitely get the job done. The balm consists of beeswax, mango butter and argan and jojoba oils, all of which work to soften, tame and style unruly, itchy beards. It’s fast-absorbing, conditioning and will undoubtedly improve your beard health. 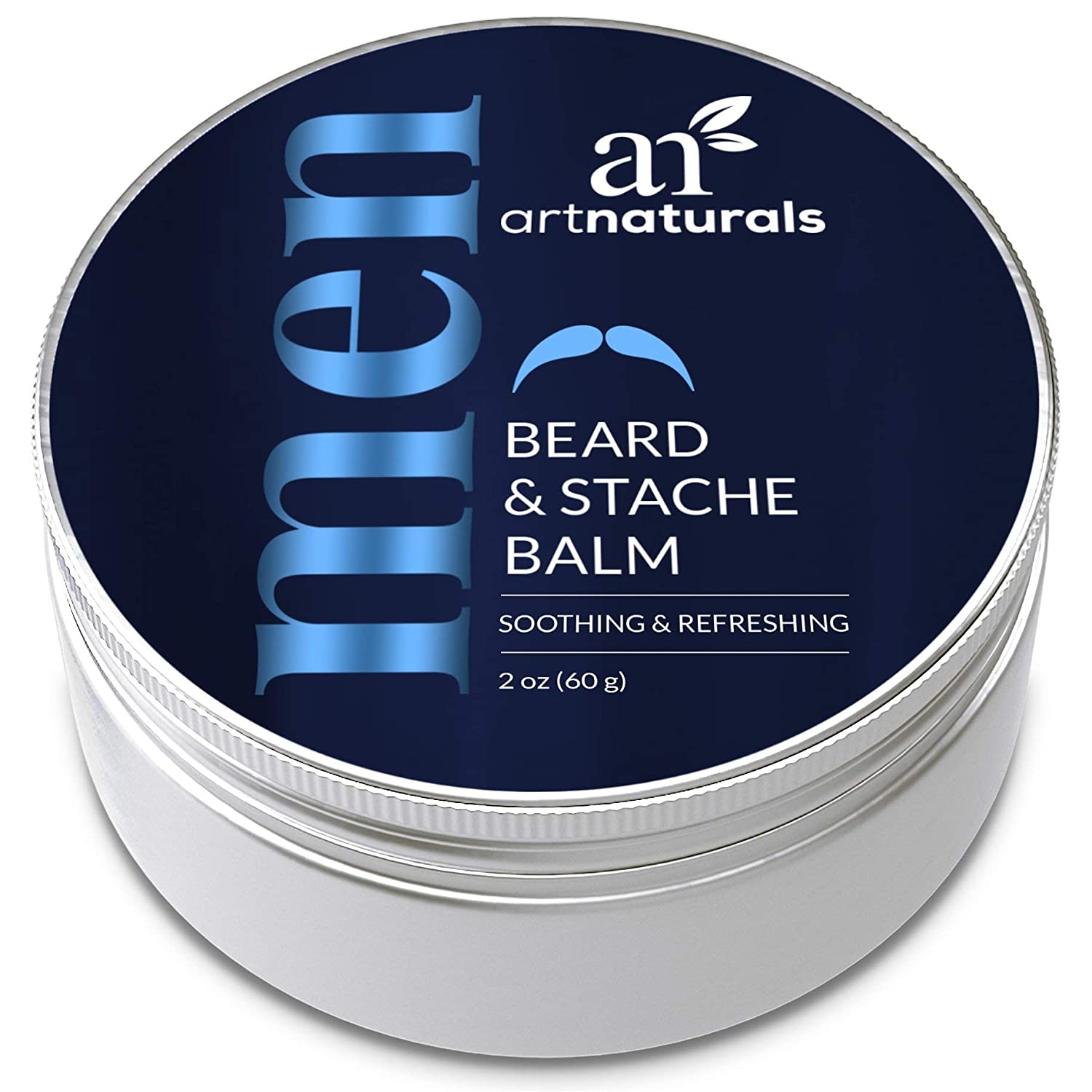 You don’t want to rely only on ratings when determining what to buy, but they are a useful signal, especially when they’re so positive. That’s the case with the Duke Cannon Supply Co. Big Bourbon Beard Balm. Reviewers praised the Buffalo Trace bourbon-inspired fragrance and even the dudes with some gripes still praised the balm’s overall softening and conditioning abilities.

However, a few users said the balm will melt in hot conditions, so there is a minor risk of losing some balm during delivery. But that’s a pretty small risk overall and we think Duke Cannon’s beard balm is worth it. 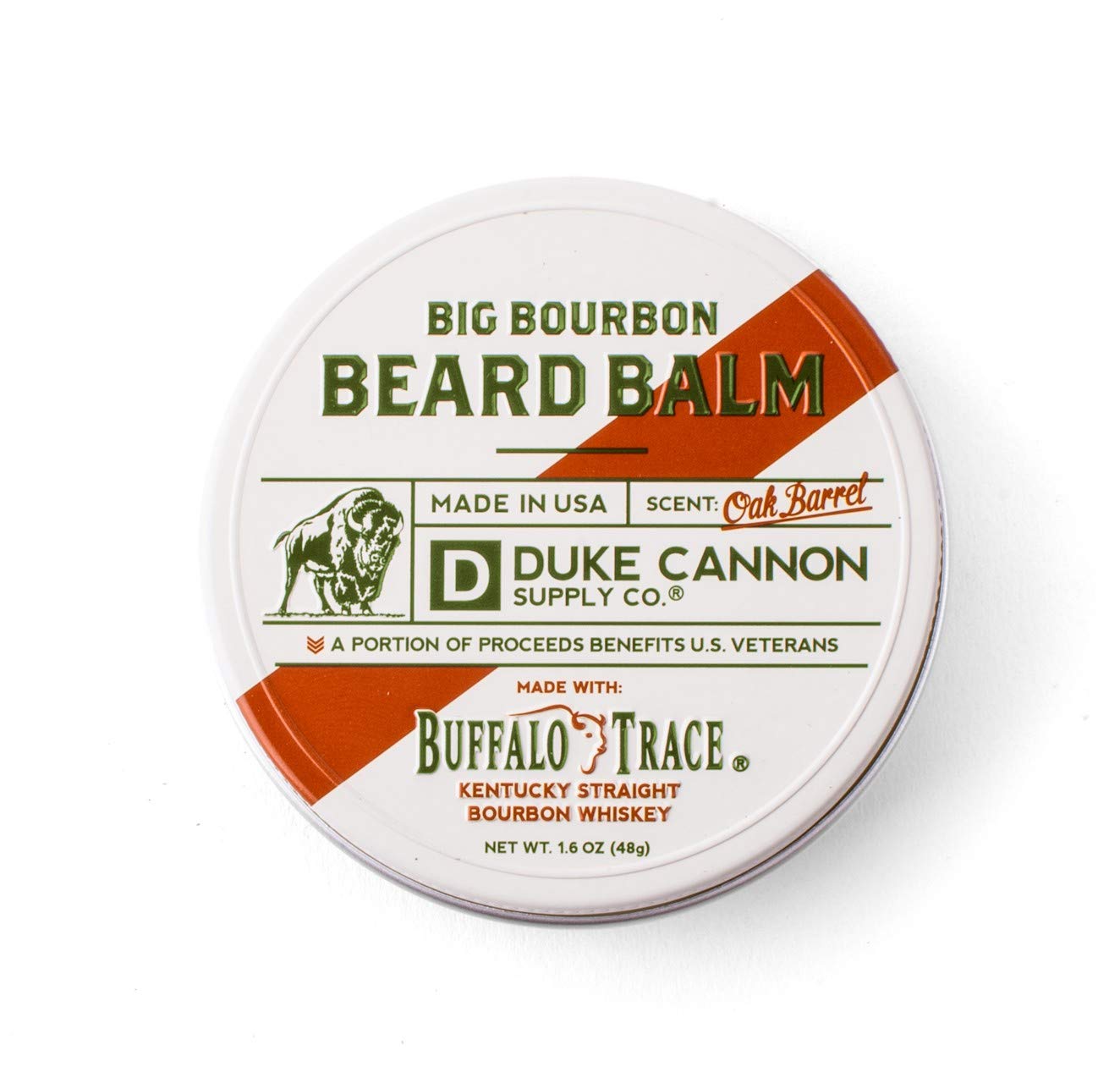 For the same reasons you might want an unscented beard oil, you might also consider an unscented beard balm, like the Beard Reverence All-Natural Unscented Beard Balm. Beeswax, shea butter and essential oils give your beard the hydration and hold it needs in this beard balm. Whatever kind of beard you got, this is a great unscented pick to help condition and control it. 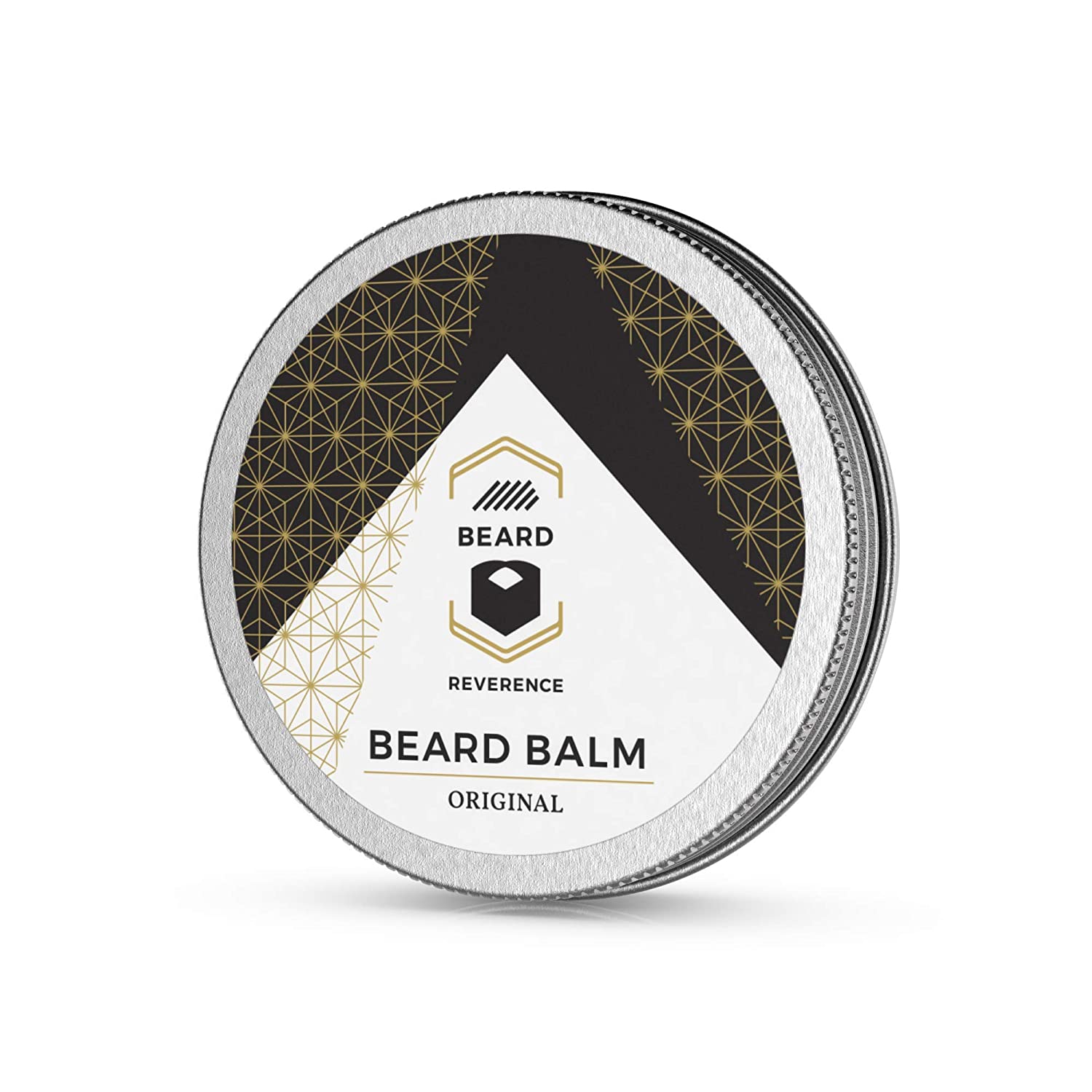