If you’re losing hair or going bald, you’re likely one of the thousands of people dealing with DHT, dihydrotestosterone, the main cause behind pattern baldness. But a DHT blocker shampoo might be able to help.

To learn a bit more about DHT and the potential benefits of the best DHT blocker shampoo, we reached out to Dr. Michele Green, a New York City-based cosmetic dermatologist, for her expertise.

Keep reading for the answers to frequently asked questions about DHT and hair loss, followed by some of our favorite hair loss products.

DHT, or dihydrotestosterone, is a hormone naturally produced by men and women that’s responsible for most male characteristics, such as facial and body hair, when present in high levels, Dr. Green told SPY. “DHT is a by-product of the conversion of testosterone by the enzyme 5-alpha-reductase as it travels through the body.”

How does DHT relate to balding and hair loss?

DHT harms hair growth by attaching to hair follicles and interrupting the active growth, or anagen, phase. “DHT can attach itself to receptors that are present on hair follicles, over time causing them to shrink and preventing active hair growth,” Dr. Green said. “By disrupting hair growth in the active growth phase, the hair is in a longer resting period than usual. This extended resting phase causes a gradual hair loss, ultimately leading to excessive hair loss and potentially even baldness.”

What are DHT blockers?

“DHT blockers work by preventing DHT from binding to receptors at the hair follicles. This prevents shrinkage of the hair follicles and allows hair to move through the growth cycle as it naturally should,” Dr. Green said.

What ingredients purport to block DHT?

Before we get into the ingredients, a disclaimer: Everything we’re about to list below has been linked to increased hair growth through at least one study (though not always on humans) and a bevy of anecdotal or clinical evidence.

However, none of them have been comprehensively studied, and the studies that do exist are often small in scale or not conducted in a way that scientists can conclusively link a particular ingredient to hair growth. Oftentimes, the ingredients are also studied as supplements as opposed to topical treatments. So though many of the following ingredients might help block DHT and promote hair growth, the science can’t quite say that definitively.

The Truth About DHT-Blocking Shampoo

Though many shampoos claim to block DHT, and some may promote hair growth by improving blood flow to the scalp and increasing overall scalp health, she doesn’t think any shampoo claiming DHT benefits will be effective, saying, “There is no true DHT blocking shampoo available on the market.” (Emphasis added.)

That means you should be extremely skeptical of the big claims made by many common hair loss shampoos.

So if you’re suffering from hair loss, you should consider proven hair loss treatments to use alongside or in place of DHT blocker shampoos, given the tenuous evidence of their topical effectiveness.

Now that you’re fully informed, check out some of the most popular DHT-blocker and hair loss shampoos below. While the experts are skeptical that the best DHT-blocking shampoos will perform as advertised, we do know some guys with thinning hair who swear by these hair loss products. Each shampoo contains some of the ingredients from above.

As with any new health product, we recommend consulting your doctor before trying something new. After all, if you’re desperate to turn the tide on your hair loss, you should be working with a hair loss expert anyway.

The Pura d’Or Anti-Hair Thinning Shampoo has been a longtime SPY favorite for its extraordinary cache of DHT-blocking ingredients. If there’s an ingredient that purports to block DHT and/or promote hair growth, you’ll find it in this shampoo, including saw palmetto, nettle extract, rosemary, pygeum, pumpkin seed, green tea and at least a dozen more. If you’re looking for the best DHT blocker shampoo, no other shampoo boasts nearly as many DHT-blocking ingredients as the Pura d’Or shampoo. 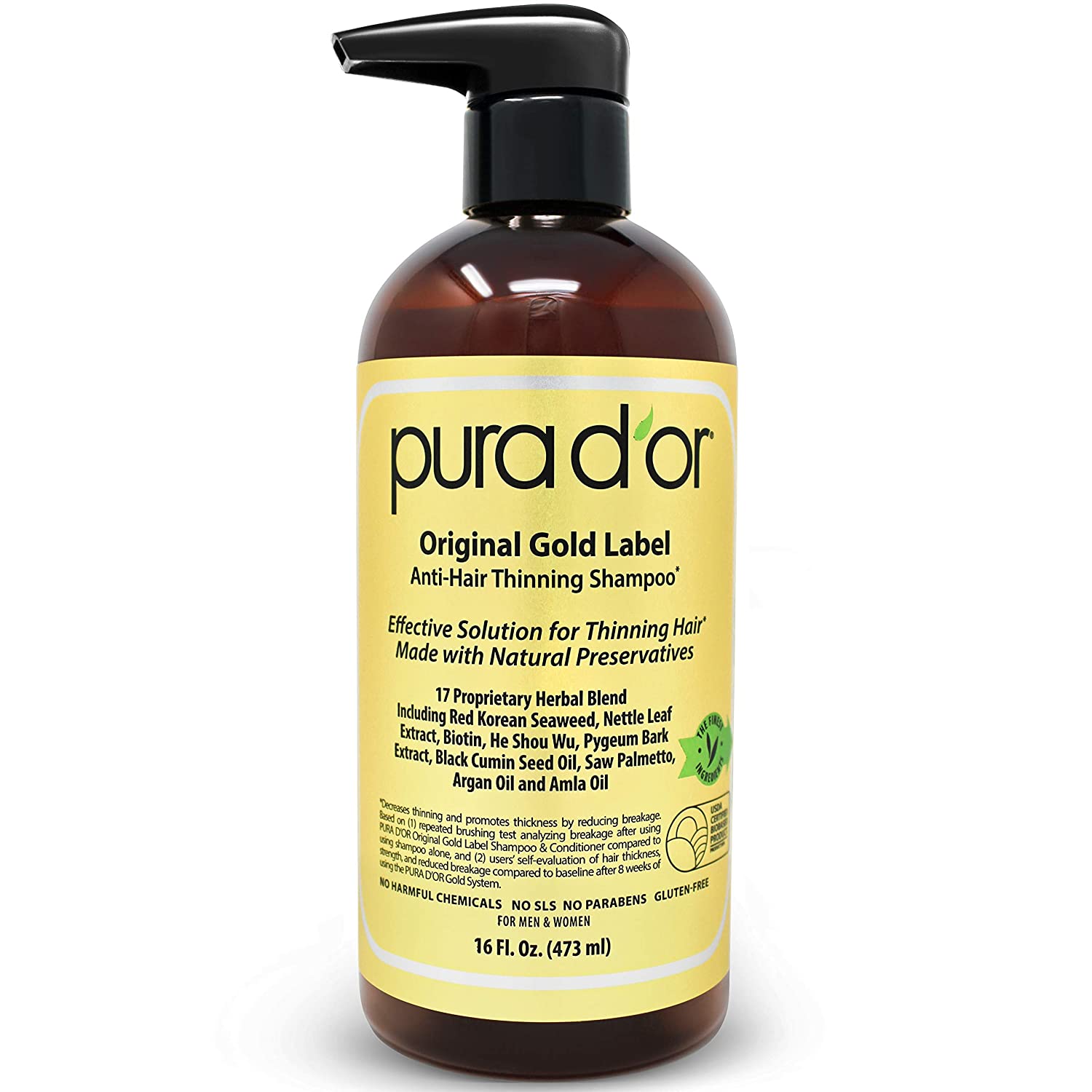 For ongoing hair loss, subscribe to receive the Hims Thickening Shampoo every one to three months. Powered by saw palmetto to stem hair loss, this shampoo also promises to thicken up and moisturize existing hair to set your growth up for success. What’s also great about this option is you can subscribe to Hims finasteride and Hims minoxidil for a full-frontal assault on your balding spots. 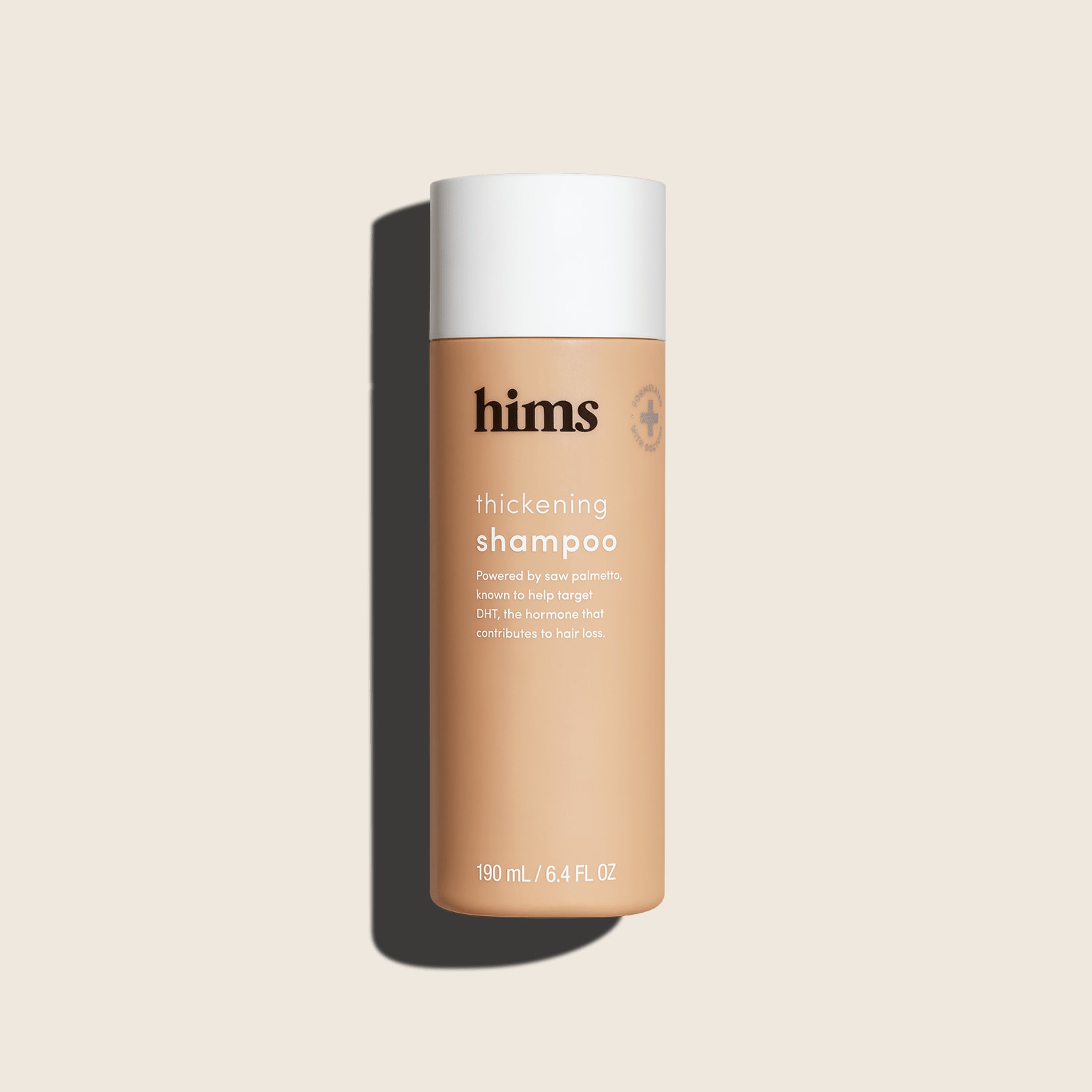 If Pura D’Or has the most DHT-blocking ingredients, the Botanical Green Care Hair Loss Therapy Thickening Shampoo has got to be a close second. With saw palmetto, nettle extract, green tea extract, pumpkin seed oil, rosemary oil and caffeine, in addition to other anecdotally supported DHT blockers, this shampoo is just chock full. But beyond DHT blockers, it’s just an overall good shampoo, with plenty of other great cleansing and hydrating ingredients. 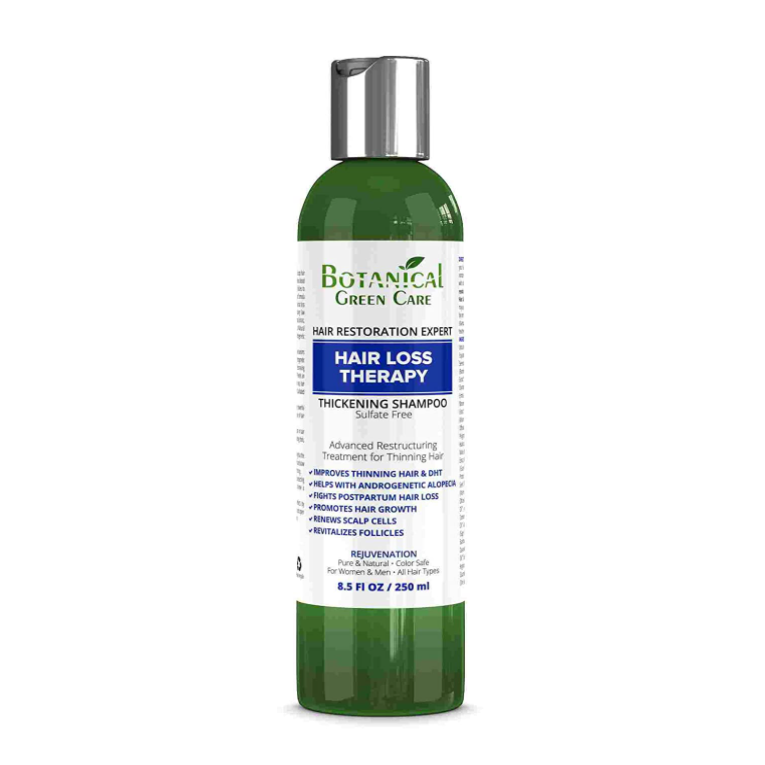 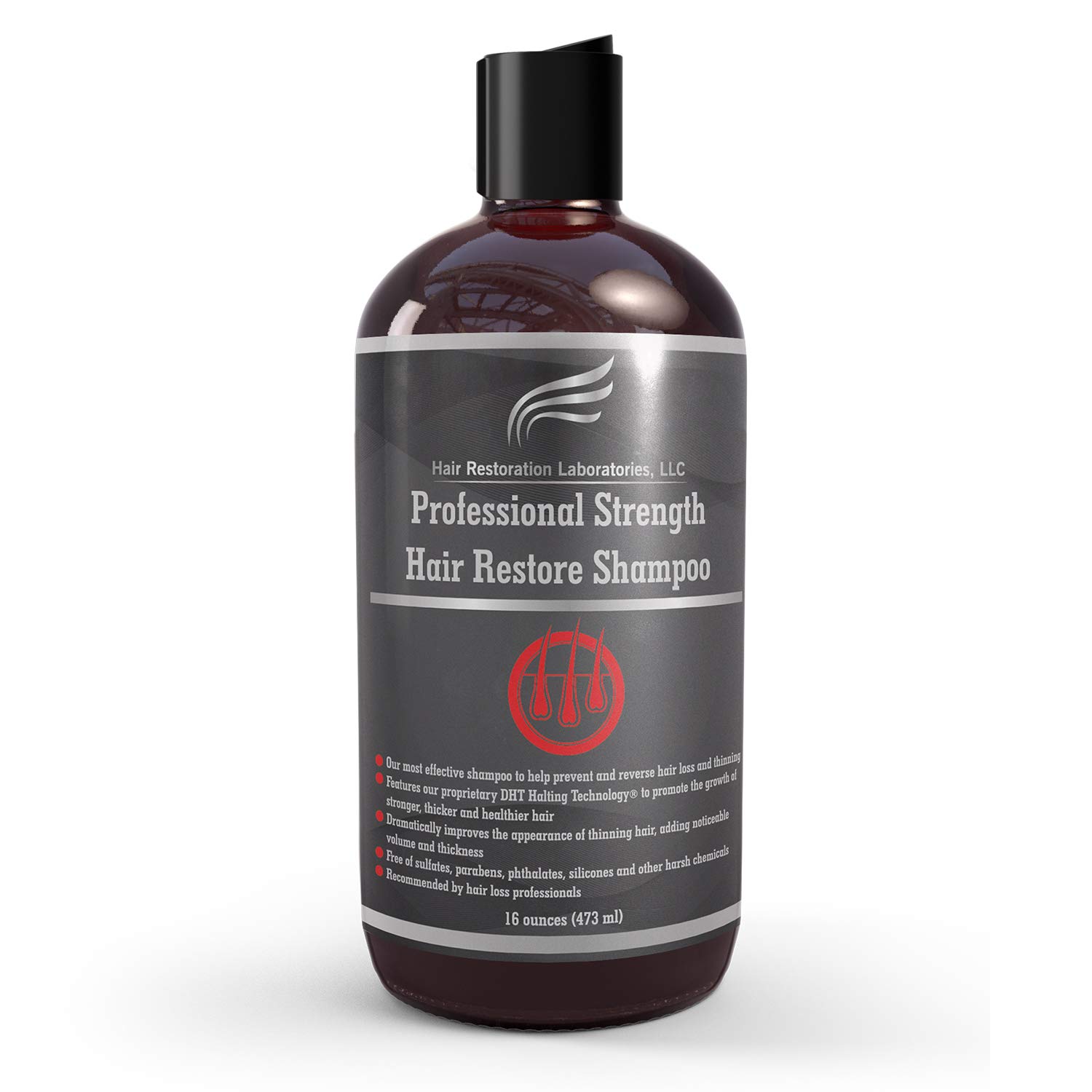 Not only does Keeps make a great DHT blocker shampoo, the Keeps Thickening Shampoo for Men, it pairs you with a doctor when you subscribe to make sure you have a professional in your corner to advise you on your hair growth journey. Green tea and saw palmetto handle the DHT while caffeine and biotin ensure the hair that’s there is as strong as it can be. 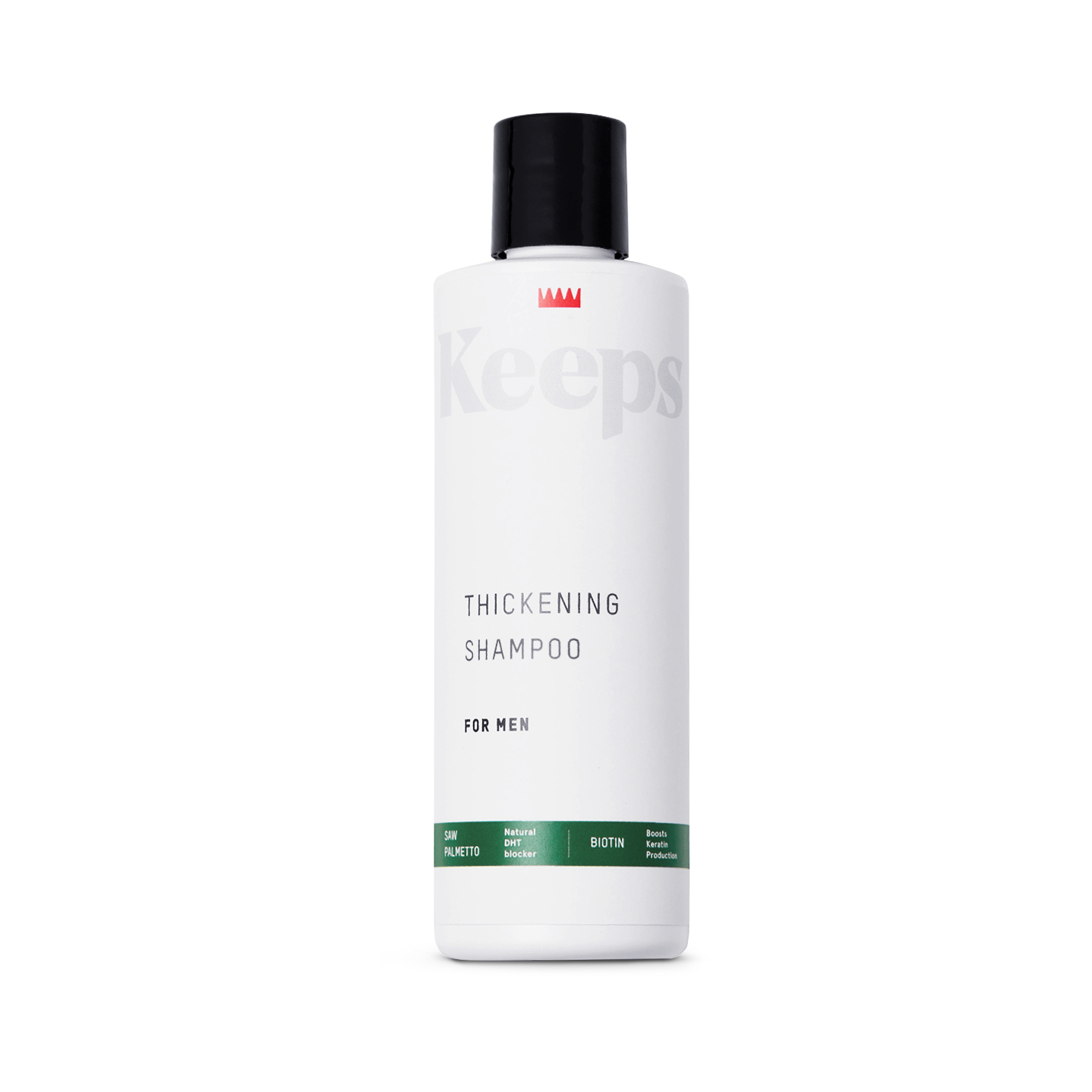 Though the Shiny Leaf Biotin Shampoo doesn’t boast as many DHT-blocking ingredients as other shampoos, it’s much more affordable and still has a few DHT blockers known to work, such as saw palmetto and green tea extract. Biotin does not block DHT on its own, but it strengthens hair and pairs well with actual DHT-blocking ingredients to deliver thicker and fuller hair over time. 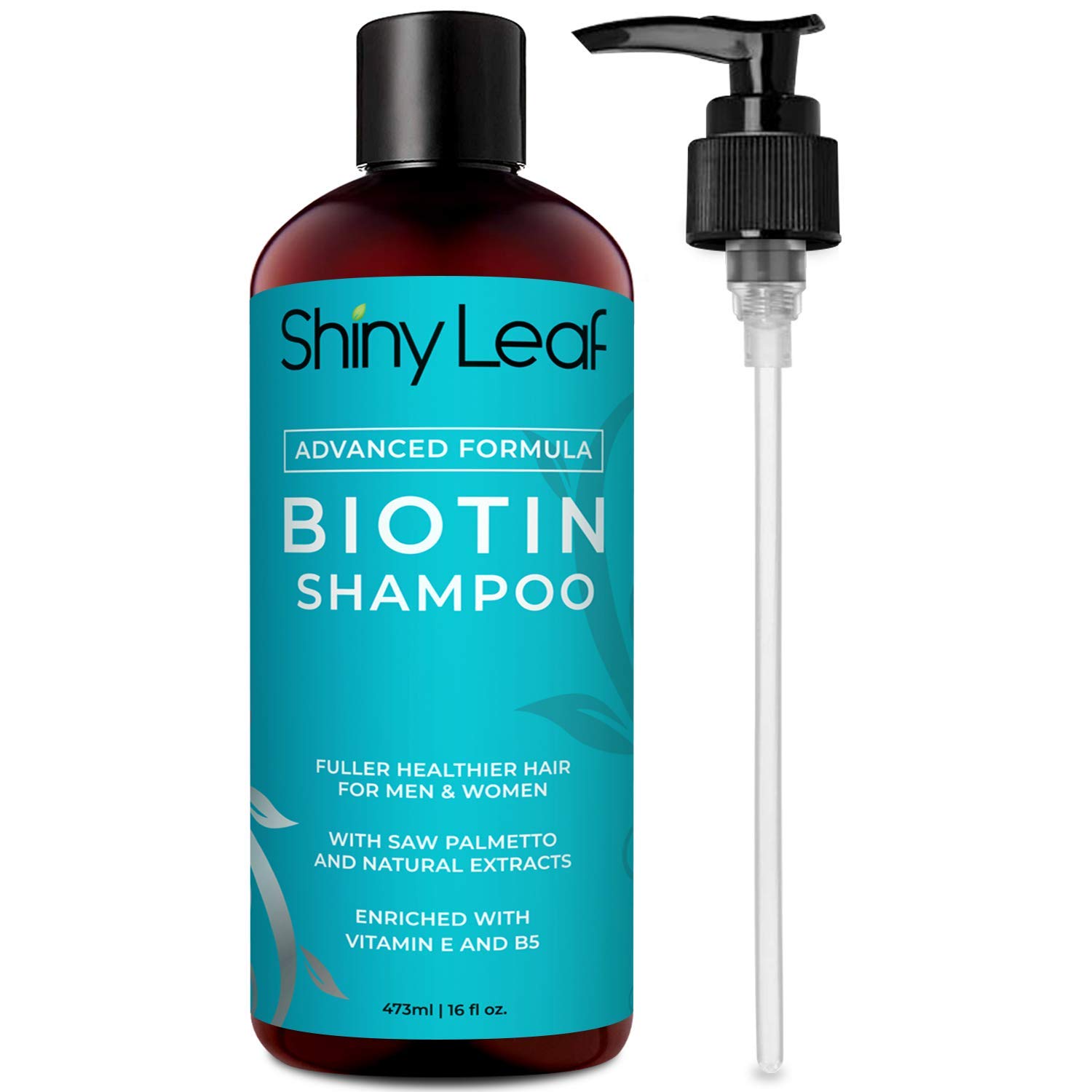 The Best Anti-Aging Products for Men in 2021