Learning to cut your own hair is already challenging enough, so if you’re going to go down that road just make sure you have a pair or two of the best hair scissors out there.

But even among the best hair shears, there is a lot to consider. For instance, if you want to go deep, there are at least two different kinds of hair scissors, depending on who you ask, such as standard haircutting shears and texturizing shears. We tend to count thinning scissors as separate from texturizing shears, so we’ll mainly focus on those three kinds.

Then there are your basic quality control issues to worry about such as material, size, the handle and the presence or lack of a screw to adjust the tension between the blades (typically only present on nicer shears).

The Different Types of Hair Scissors

Before we dive into our picks for the best hair scissors for at-home haircuts, let’s define some of the terms above:

Now that we’ve covered some basics, we’ve picked out some of the best hair scissors below. We’ve included picks for each kind of scissors as well picks for a few different sizes and we think professionals and amateurs alike will find something long-lasting and usable below.

Whether you find something you like or not, whatever you do, don’t cut your hair with common household scissors.

For an overall great, cheap pair of hair scissors, turn to the Equinox Haircutting Scissors. They’re 6.5 inches long, which is manageable for most hands. They’re also made from razor-sharp stainless steel and feature a tension screw and a curved finger rest. At this price point, what more could you ask for in a pair of hair scissors? Approval from hairstylists. Well, you’ll be glad to know hairstylists sounded off in reviews, praising these shears and comparing them favorably to professional shears that cost 10 times as much. So don’t trust us on this one. Trust the professionals and the more than 16,000 reviewers who gave these scissors five stars. 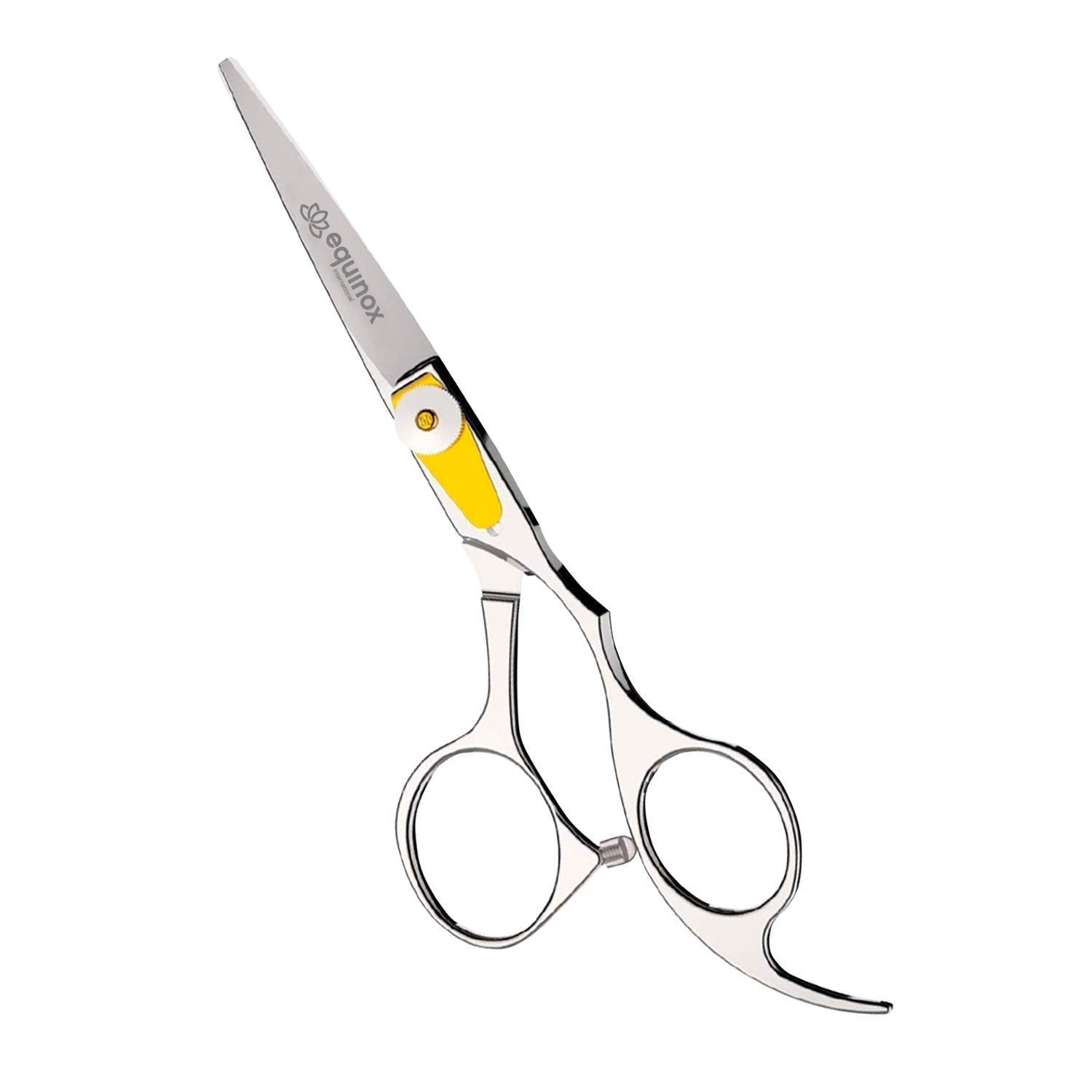 SPY spoke to a master barber last year to try and identify the best hair cutting tools for home barbers. The barber recommended Cricket shears, and we still stand by the Cricket Shear Xpressions scissors today. These hair shears have everything you’d want in a tool for cutting your hair: stainless steel, sharp-as-hell blades, a finger rest and removable finger inserts if you have fingers on the larger side. These are some of the best hair scisssors for home haircuts, and they’re not our top pick only because the scissors are a little pricey. They might be a little small for some people, and we think it’s easier to manage with shears that are a little too big than a little too small. 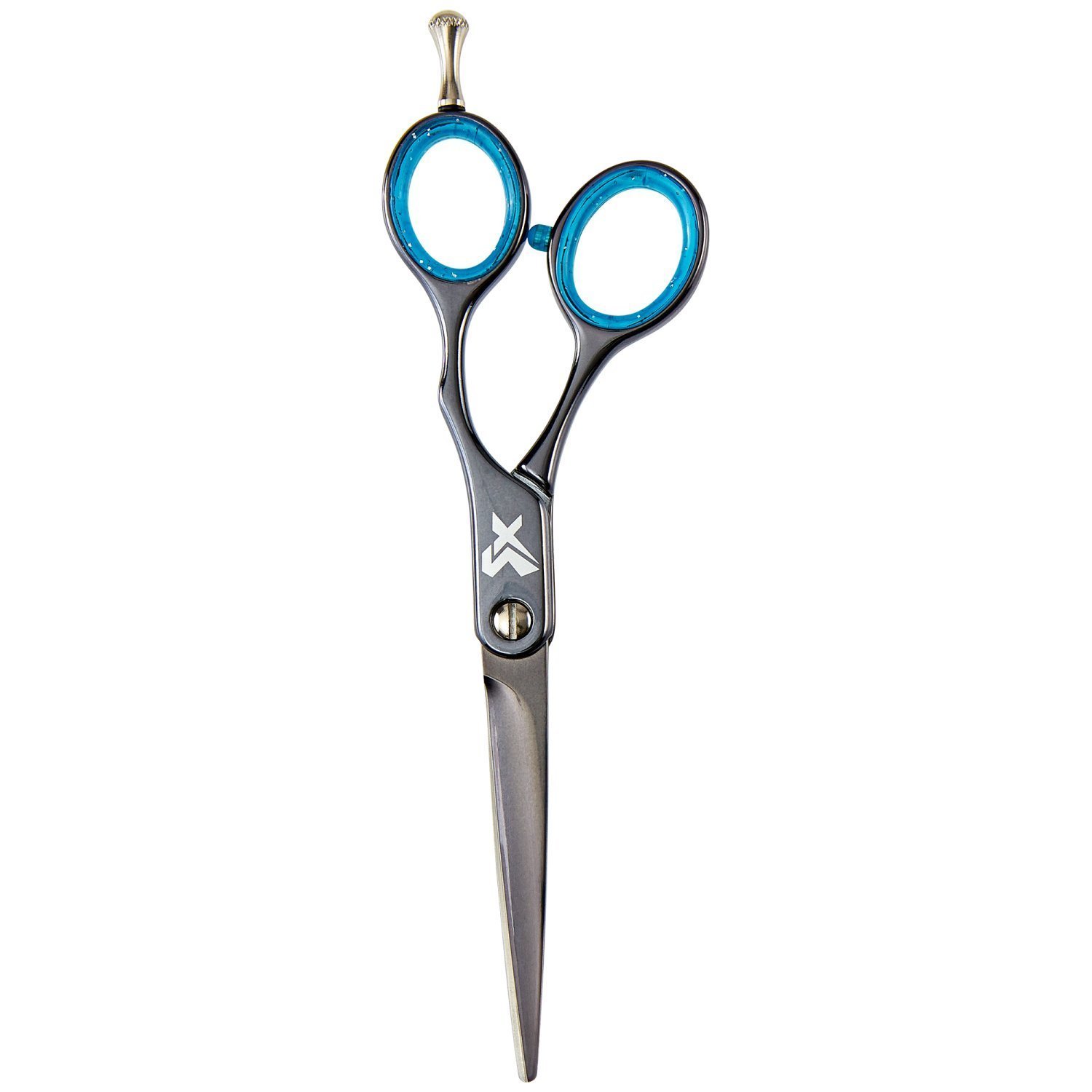 If you’re looking to spend enough money to get something you might see in a salon, check out the Fagaci Professional Hair Scissors because they absolutely deserve to use the word “professional” in their name. These hair shears are six inches long and made from ultra-high-quality stainless steel, so they will last for many years if you take care of them. They also have slightly rounded tips, which should put you or the person whose hair you’re cutting at ease. But what really stood out to reviewers was the exceptional sharpness of the blades and the ergonomic feel of the scissors. One professional marveled that these scissors don’t cost $500, and the scissors come with a leather case and a piece of leather to wipe the scissors and help maintain them.

Overall, you can’t go wrong with these Fagaci hair scissors. Without a doubt, they’re among the best hair scissors under $100. 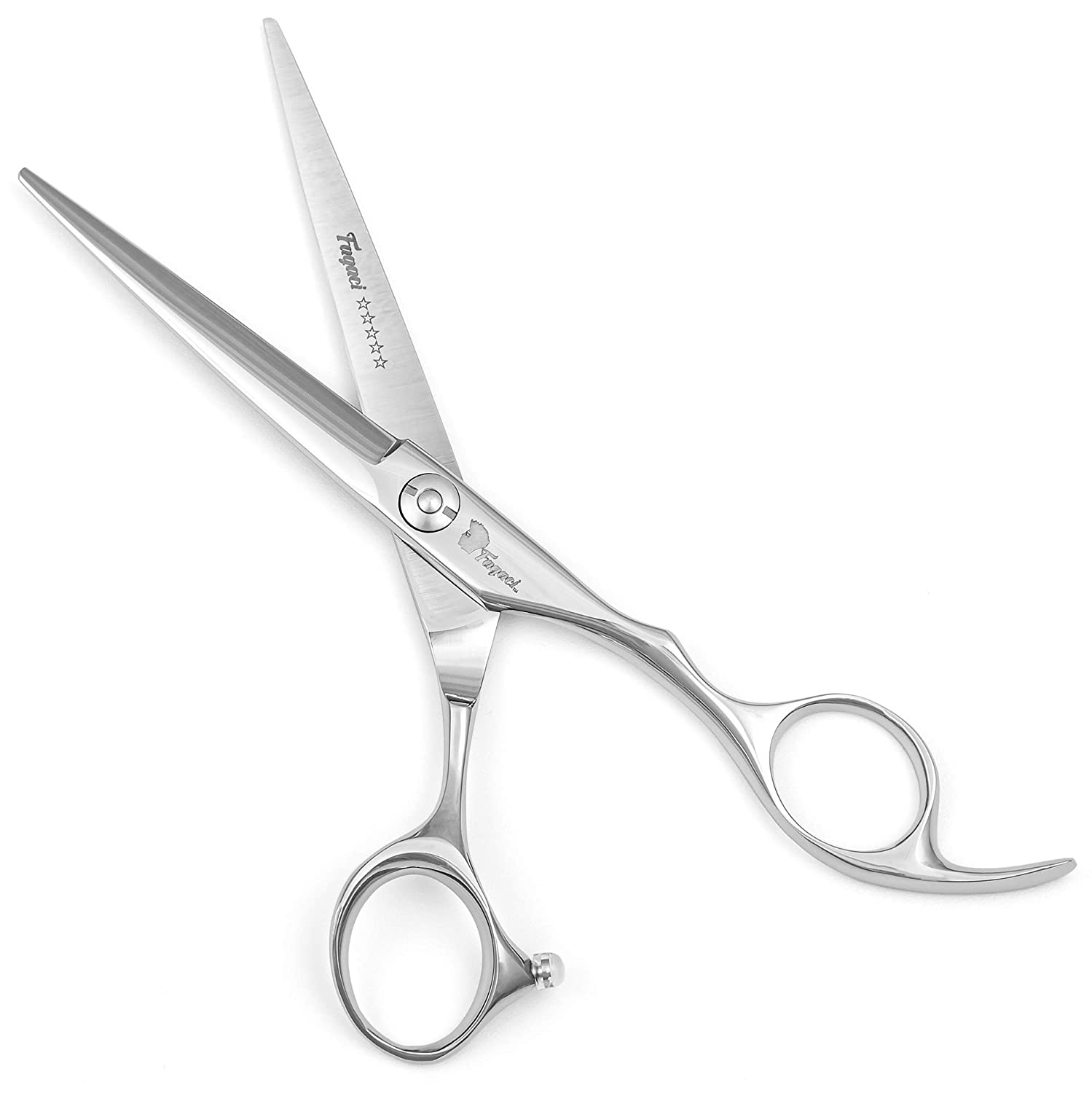 So you got some big hands or maybe you’re just looking for longer blades. If that’s the case, you might consider buying a pair of these KINSARO Hair Scissors. High-quality stainless steel will keep them durable and they’re pretty sharp, ergonomic and well-balanced. But what might make them a bit more suitable for larger hands is the total length of the scissors, which clock in at nearly 7.5 inches from the tip all the way back to the finger rest. 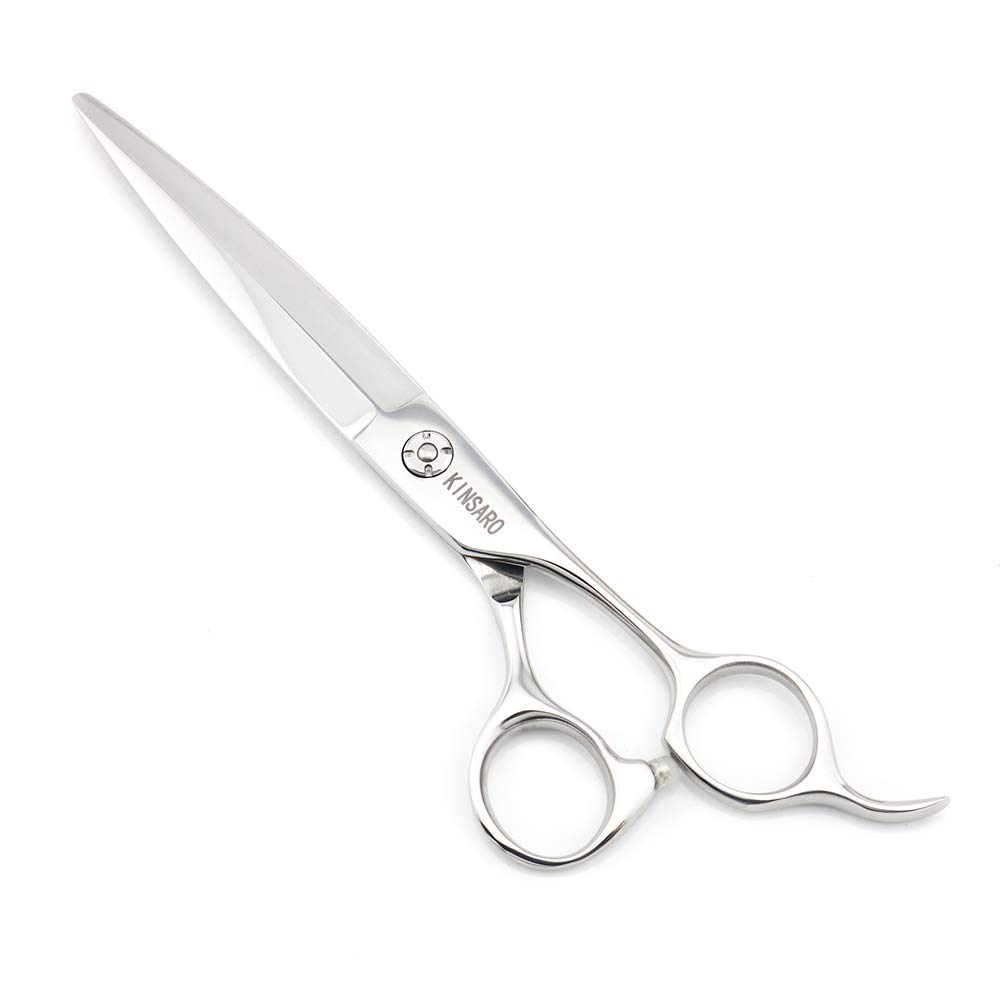 If you’re looking to seriously thin your hair or add some texture, the Dream Reach Hair Texturizing Shears will deliver for you. As expected, they check off all your basic requirements: stainless steel, ergonomic feel and a tension screw. But makes them great for rapid thinning and texturizing are the 11 teeth, which deliver a 40-50% thinning rate. 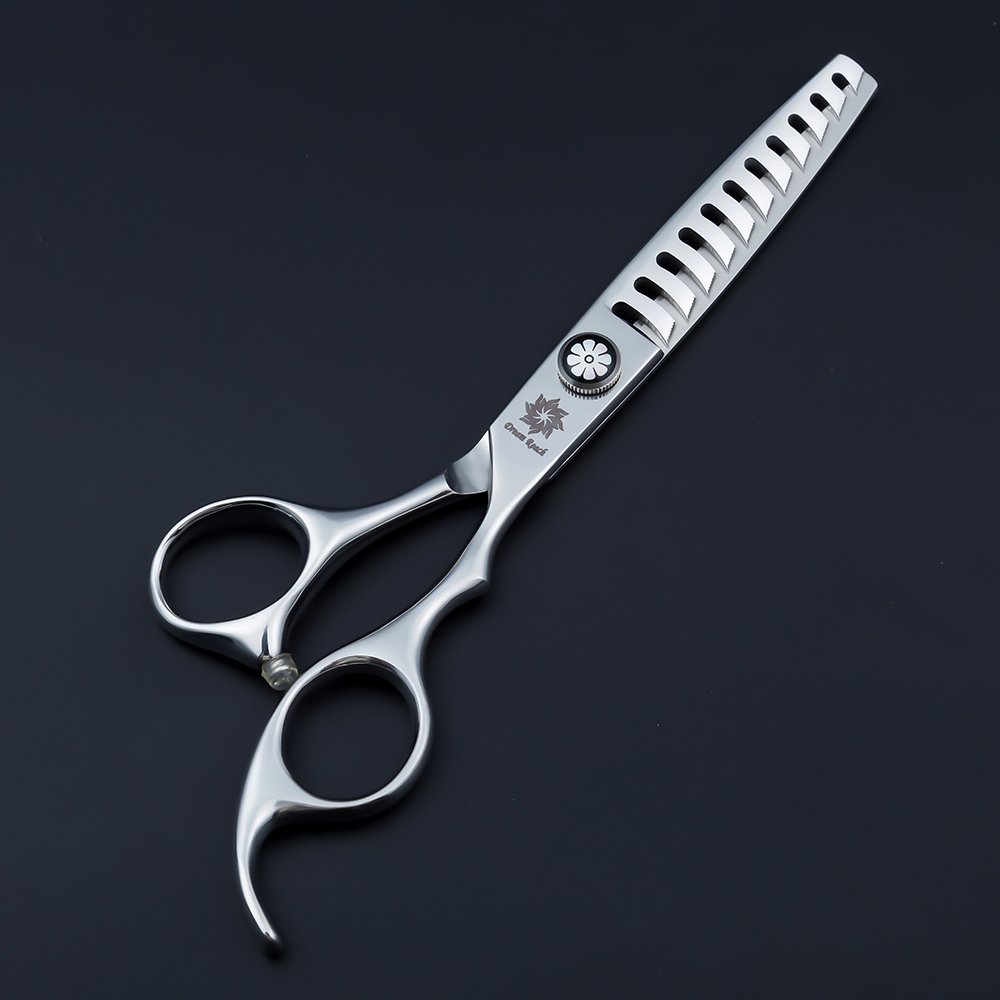 If you’re looking for some texture and thinning but aren’t looking to take so much out with each cut, thinning shears with lots of teeth are what you need. These ULG Hair Thinning Scissors boast 30 teeth, which deliver a 20-30% thinning rate. That allows you to thin and texturize to your heart’s content, but done properly it will also blend any cut lines. 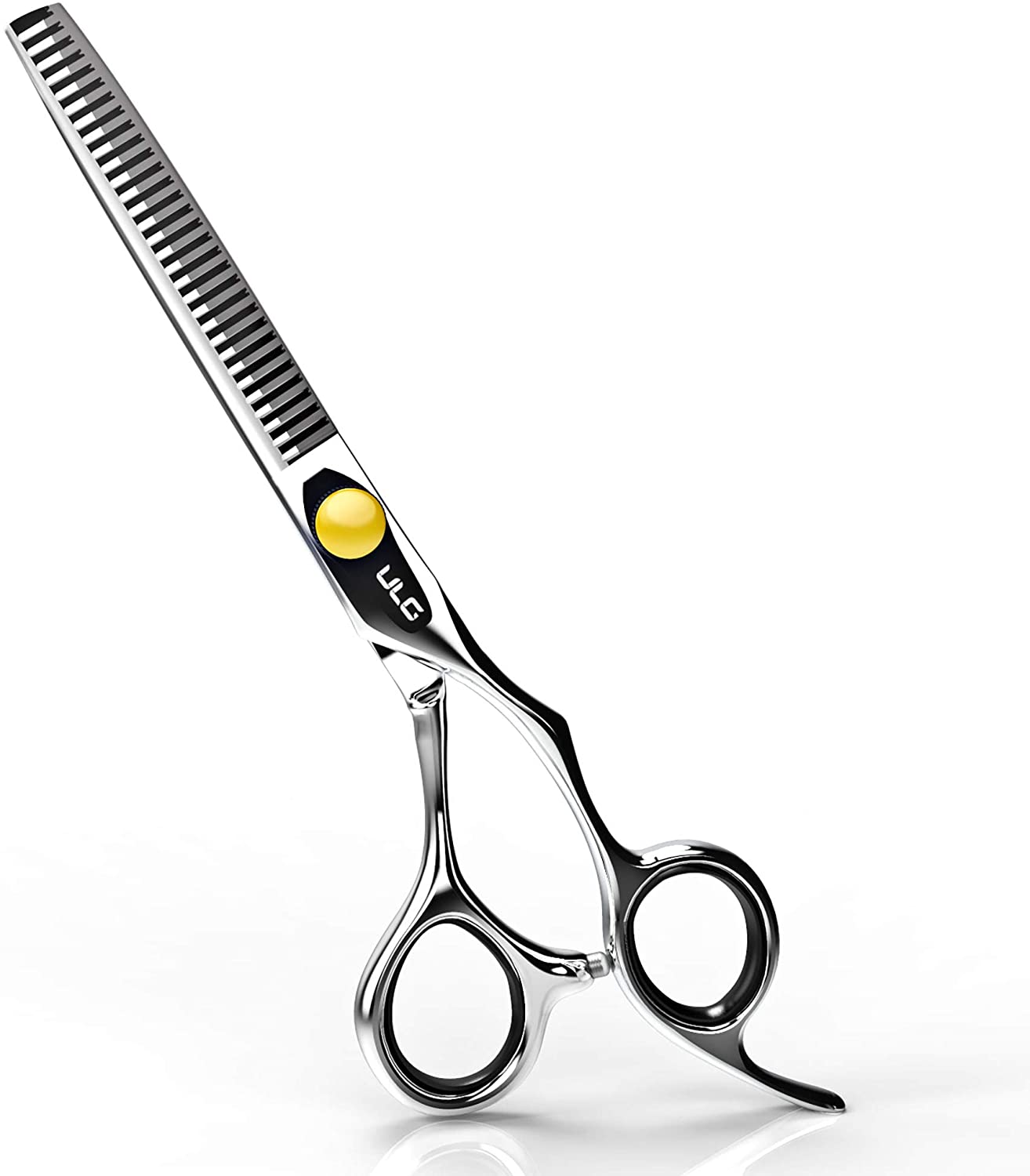 Yeah, you thought we would forget about you, eh lefties? It’s unfortunate that we haven’t figured out a universally ergonomic design for shears to be used by both left- and right-handed people, but in the meantime, there are plenty of great hair scissors for lefties, including the JASON Left-Handed Haircutting Scissors. These scissors are six inches long and made from stainless steel, but what’s most important is that they’re designed to be used by a left hand. 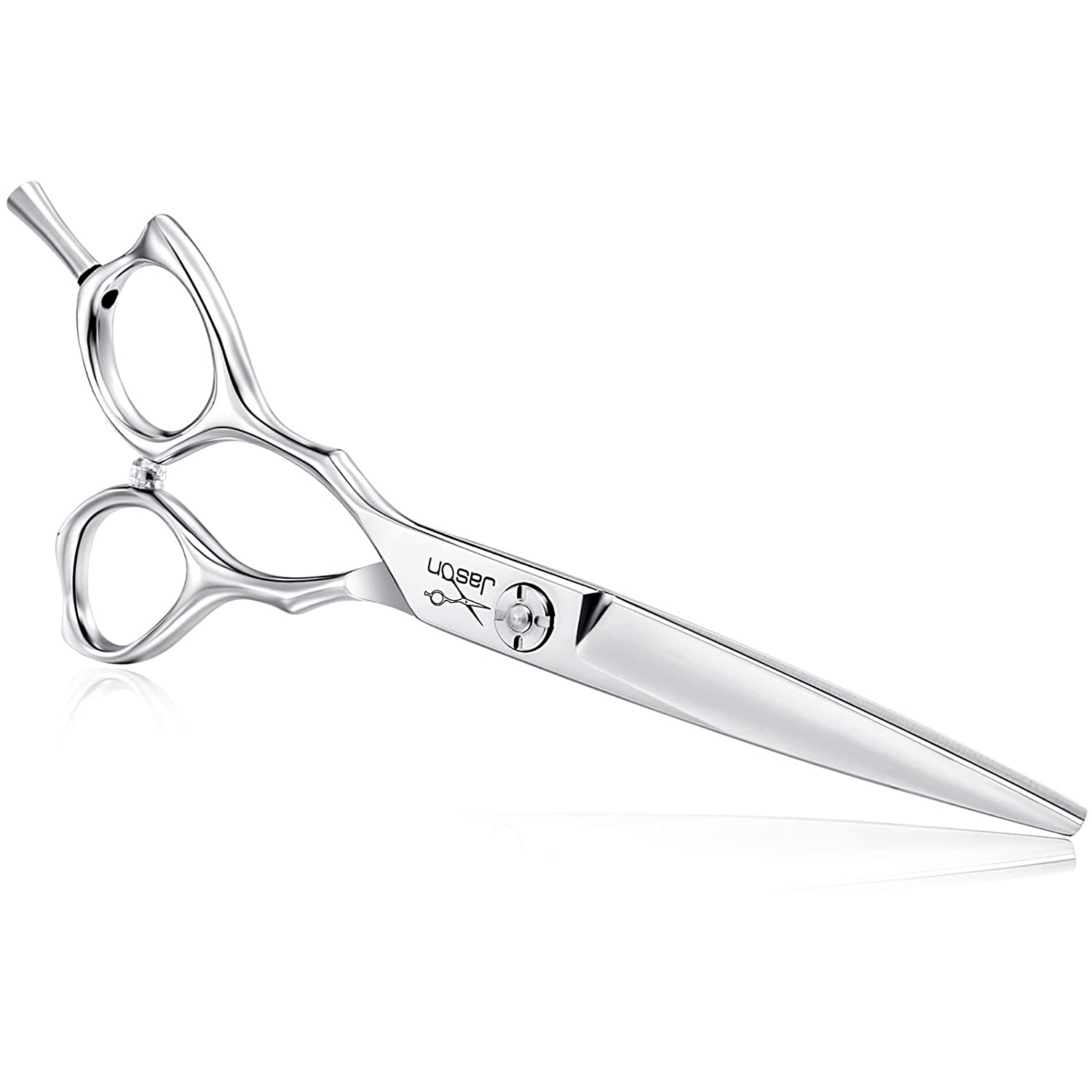