No man’s grooming arsenal can be complete without one of the best razors. Even the bearded among us need to keep something quality around for touch-ups or the occasional shave.

And for the non-bearded men who shave daily or weekly or somewhere in between, having the best razors means getting the best, most comfortable shaves every time.

Everyone’s skin is different and everyone has different shaving preferences, but whatever your likes and needs, there will be a quality razor option for you.

So upgrade your shave today with one of the best razors. We’ve got safety razors, a cartridge option, a disposable razor, an electric razor and more and they all get the job done well.

When it comes to the best safety razors, you will never fail with something from Merkur. The German brand has been making quality metal safety razors for decades and we’ve used enough of them to know that for most men, Merkur safety razors are the best razors.

The Merkur Mk34c Double Edge Safety Razor is about as straightforward (and perfect) of a safety razor as one can get. It features a short heavy handle and heavy razor head to enable the razor to do the heavy shaving without a lot of finesse or effort from you.

The angle of the blade is relatively forgiving, which just means the angle isn’t so severe as to severely cut you if you make a mistake. That makes it great for beginners and experienced users alike.

The double-edged blades this razor uses are also generally crazy sharp and generally a heck of a lot cheaper in the long term than just about any other reusable razor.

Overall, the Merkur Mk34c is just a great safety razor. It’s not very expensive, there’s nothing complicated about it and it shaves like a dream. If you’re just breaking into shaving with safety razors or are just looking for a cheap, high-quality shaving solution, Merkur’s razors will be the best razors for you. 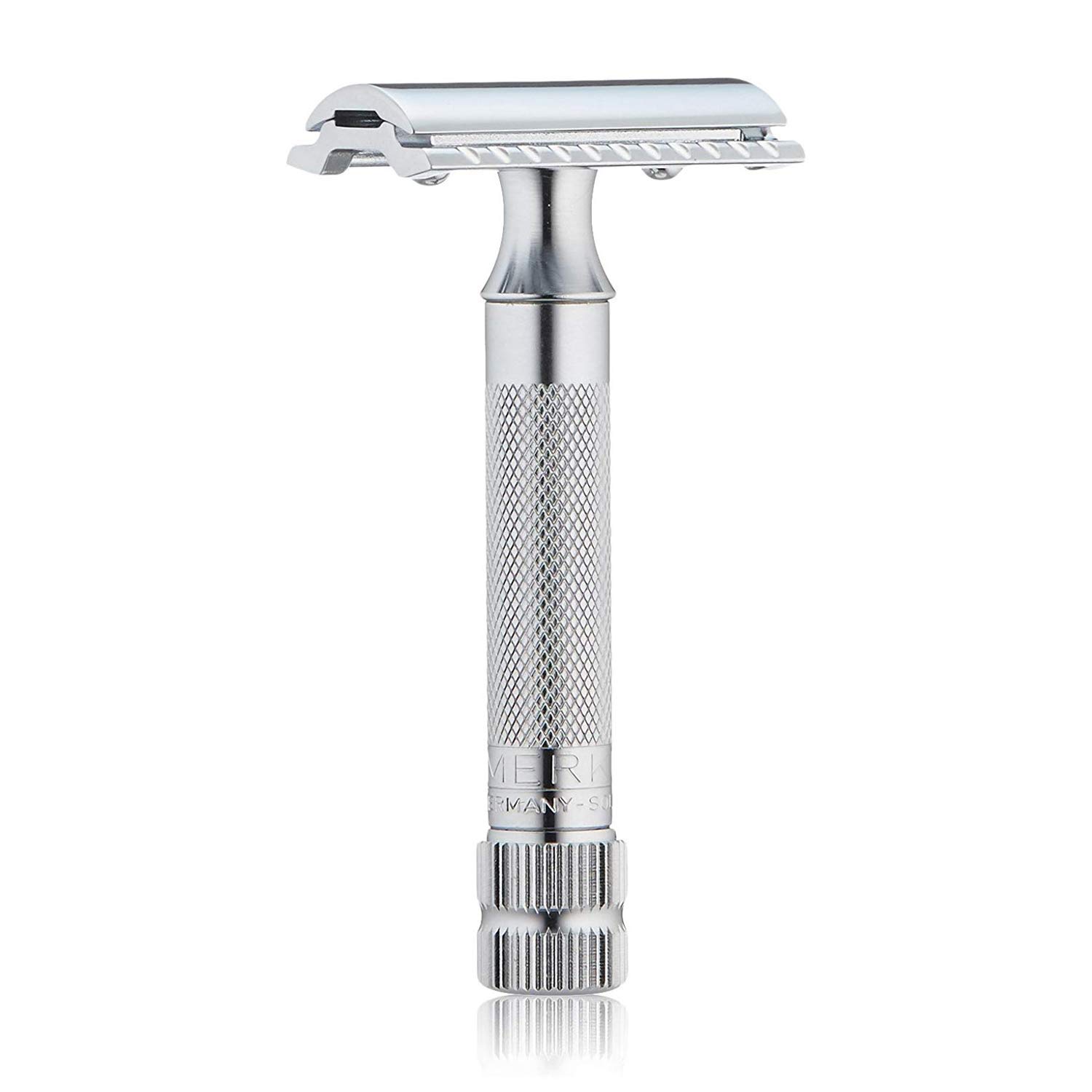 If you’re in the market for an electric razor, the Braun Series 7 is one of the best razors for men. While you could splurge and go for the Braun Series 9, we think the 7 will more than get the job done for most men.

First, this foil-electric shaver is designed to achieve a close shave without the irritation you might get from a manual razor. That’s generally a feature of most foil shavers, but Braun is far and away the best.

Second, this shaver uses sonic and auto-sense technology to adjust the power of the razor as you shave to help you get that close shave.

Third, this electric razor is 100% waterproof so you can use it wet or dry, in the shower or out of the shower.

Lastly, the actual shaver itself uses a flexible shave head to help the razor adapt to your skin, shave hard-to-reach areas smoothly and compensate for any poor cutting angles.

We could go on about the features, but ultimately it’s simpler to just say that we’ve used this electric razor before and we think it offers an unparalleled shaving experience for an electric razor at its price point. Yes, you can spend more for a marginally better electric shave, but with its features at its price point, the Braun Series 7 is already one of the best razors for men. Pick it up with the charging station if you know it’s gonna take a spot on your bathroom counter. 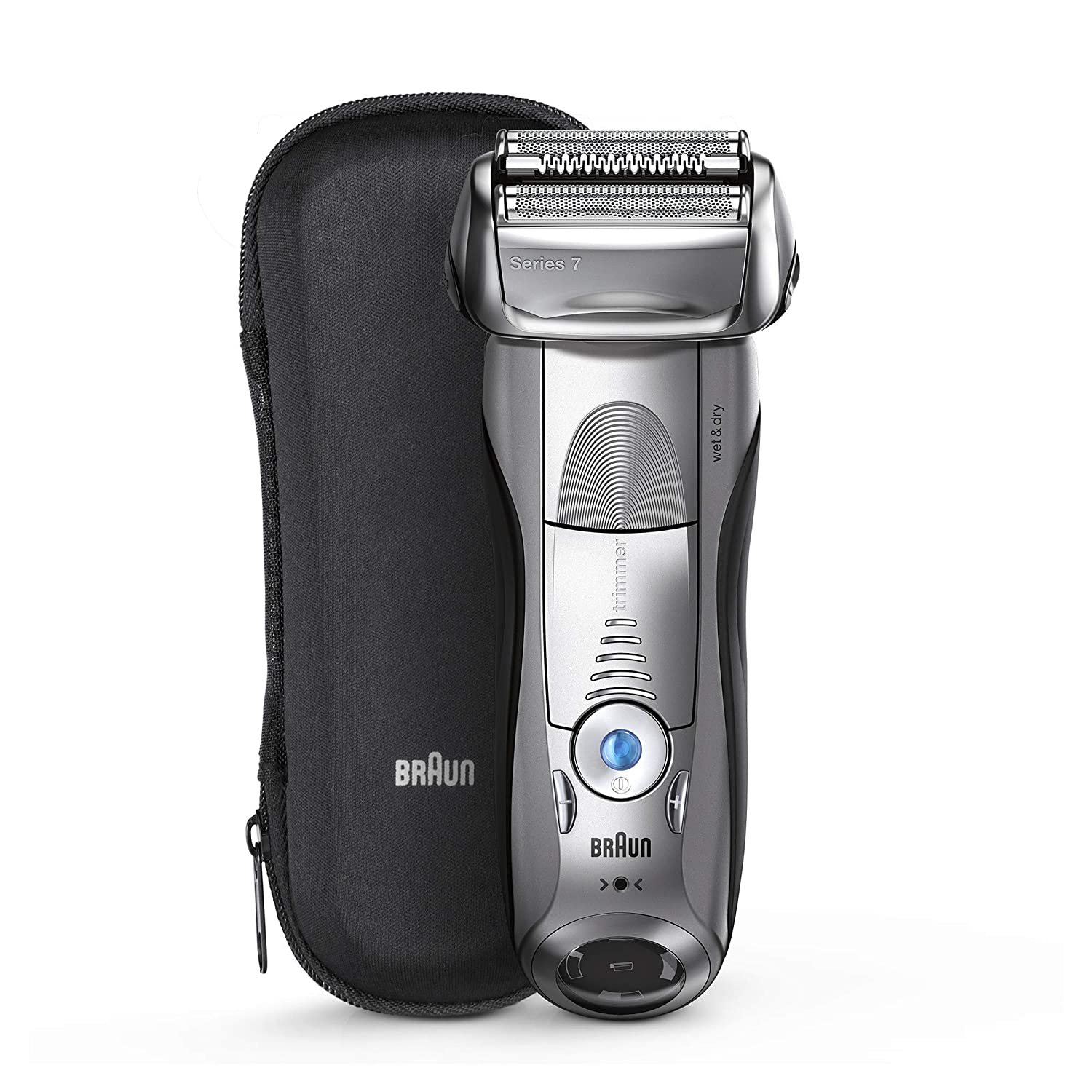 Yeah, we’ve been there. You need to shave, but your disposable is past due and you don’t have any cartridges for your Gillette razor. What is a man to do? Rather, what should a man have done to avoid this situation?

That’s where razor subscriptions, or shave clubs, can help. Shave clubs give you the top-quality razor you need with the convenience of around-the-corner drugstore razors by shipping you razor cartridges on a regularly scheduled time table, usually monthly.

That’s what Harry’s promises and that’s what you’ll get if you go for Harry’s The Truman Razor. The razor head for The Truman has five blades and a lubricant strip, and the handle has a flexible hinge to help you get the best shave angles as well as a precision trimmer for things like sideburns where you absolutely need precision.

While you may pay just a bit more upfront for the heftier razor handle, it’s the subscription for cartridges that really makes something like Harry’s work. By subscribing to receive cartridges — you can get four, eight or 16 blades every two, three or five months — you save big money long term because you already have a great razor handle.

If you’re a regular shaver, like shave every day or every other day, a razor subscription model from a place like Harry’s could be the best razor solution for you. 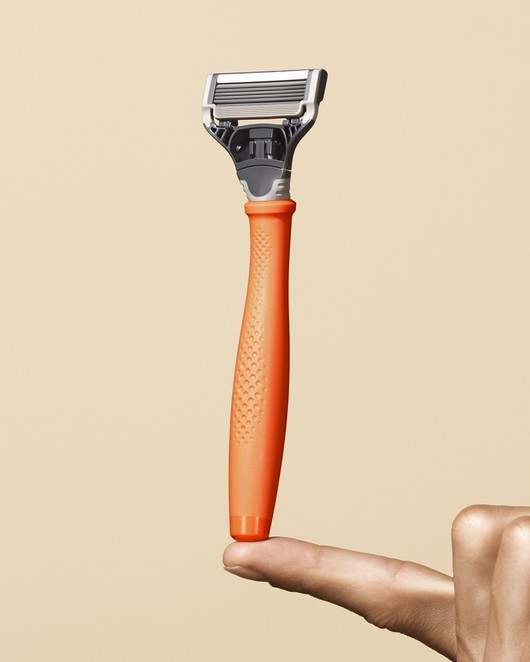 Unlike Merkur safety razors, which use some kind of screw-in design to change and secure razor blades, Supply uses an injector-style blade replacement system. That basically just means that you use a tool to push the razor blade into the razor, which simplifies the blade-changing process and minimizes the risk of slicing yourself.

The Supply safety razor also includes three different heads with different shave angles, sensitive, comfortable and ultra-close, so you can get the shave you want or cater to the kind of shave your skin needs.

But beyond the razor itself, Supply also offers one of the best subscription models for safety razors. When you buy the razor, you can get new blades every three months for $5 plus shipping. After the first year, it only costs $24 for a year’s worth of blades. That’s pretty competitive compared to what you’d pay for razors or blades in most other situations for sure.

If you like safety razors but find yourself running out of blades every so often, Supply and its subscription model may be among the best razors for you. 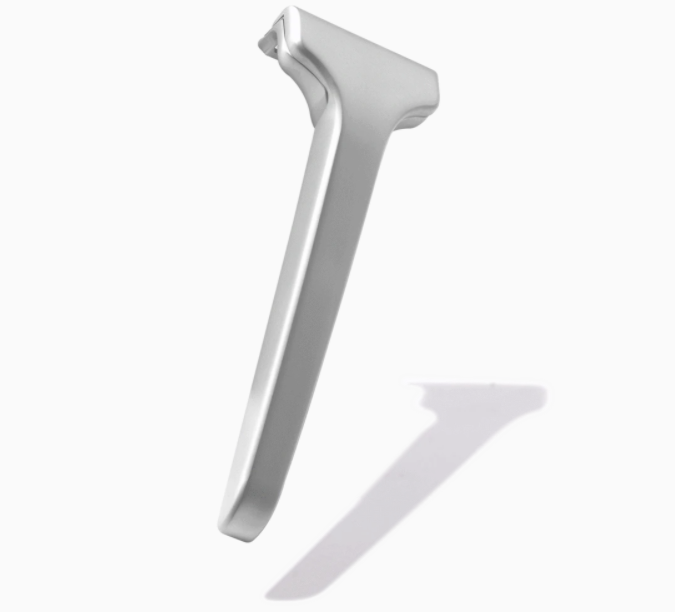 We’ve covered Bevel before in other razor-related coverage and the company keeps making our lists for good reason: The Bevel Safety Razor was designed with the sole goal to make a safety razor for men with sensitive skin. But we don’t talk about those who try; we talk about those who succeed and Bevel succeeded in making a great safety razor for men dealing with sensitive skin.

Bevel achieved that goal by making a safety razor that shaves at skin level. While that’s a negative if you’re looking for the closest shave possible, it’s an enormous positive for those who frequently develop ingrown hairs and irritated skin.

If sensitive skin is your biggest issue, the Bevel Safety Razor will definitely be one of the best razors for you. 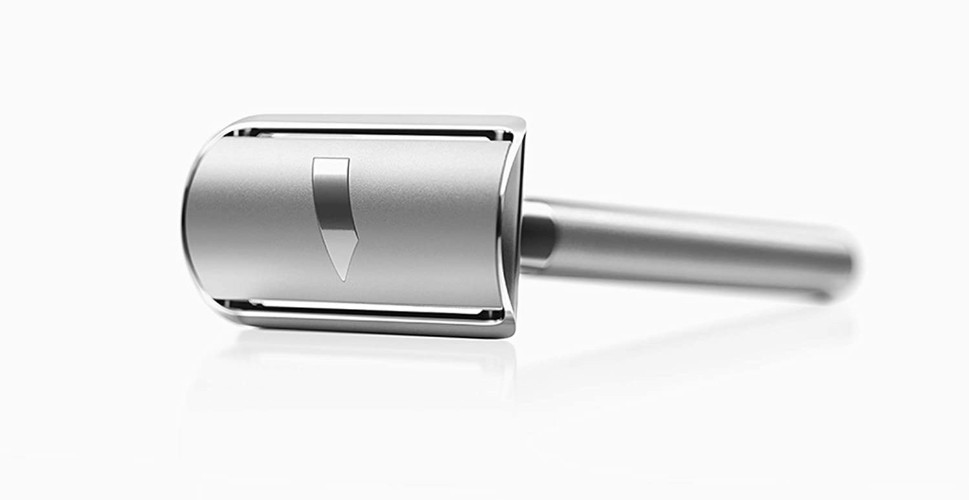 If you’re content to keep a solid razor handle around and just pick up cartridges as you need them, then the Gillette Mach3 Men’s Razor is a very solid pick.

It’s got three blades, a decent lubrication strip and a skin guard that lets you get a close shave without getting too close to cut yourself. In one big pro, we love the spacing of the blades in the cartridge and this razor head definitely rinses more easily because of it.

The cartridges themselves aren’t too expensive and you can pick them up just about anywhere so as long as you have the handle, you’re pretty much covered.

If you want a solid, reliable razor with great cartridges you can find anywhere then the Gillette Mach3 Razor will be one of the best razors for you. 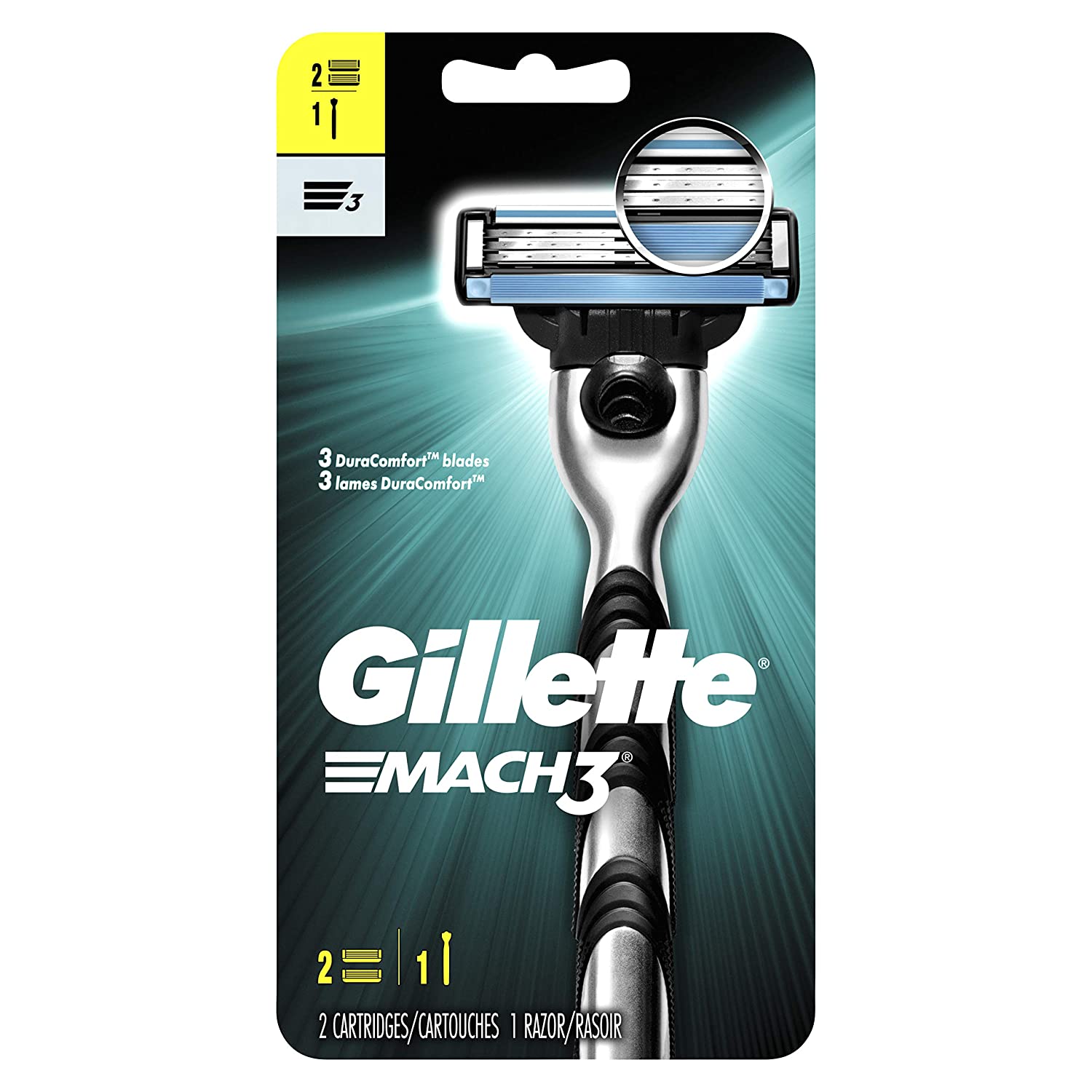 Every man needs a reliable disposable razor. Not to keep around the house, but to know what you need to buy when you need a decent razor. We seriously buy into the BIC Sensitive Single Blade Shaver.

This razor is about as simple as it gets: a plastic handle and a single razor blade. But that simple design is exactly what you need out of a disposable. Multi-blade disposables clog like crazy, adding time and frustration to a process that is supposed to be quick enough to look passable. When you only have one blade, there’s basically no way to clog the blade, so it rinses easily, meaning you can get a quick shave done in well under 10 minutes.

Shaving with only one blade can also minimize skin irritation because, blade for blade, there’s a lot less cutting going on with respect to multi-blade razors.

We should add that the upside is also the downside. There’s no lubricant strip or any other features, so we definitely recommend using this blade with some kind of shaving cream for comfort and added glide. And even if you do use some kind of lubricant, you shouldn’t expect your face to feel like smooth marble.

But all things considered, these BIC disposables are cheap as hell and you will absolutely look and feel clean-shaven when you’re finished. If you’re just looking for a simple, cheap, disposable shave, the BIC single blade razor will be one of the best razors for you. 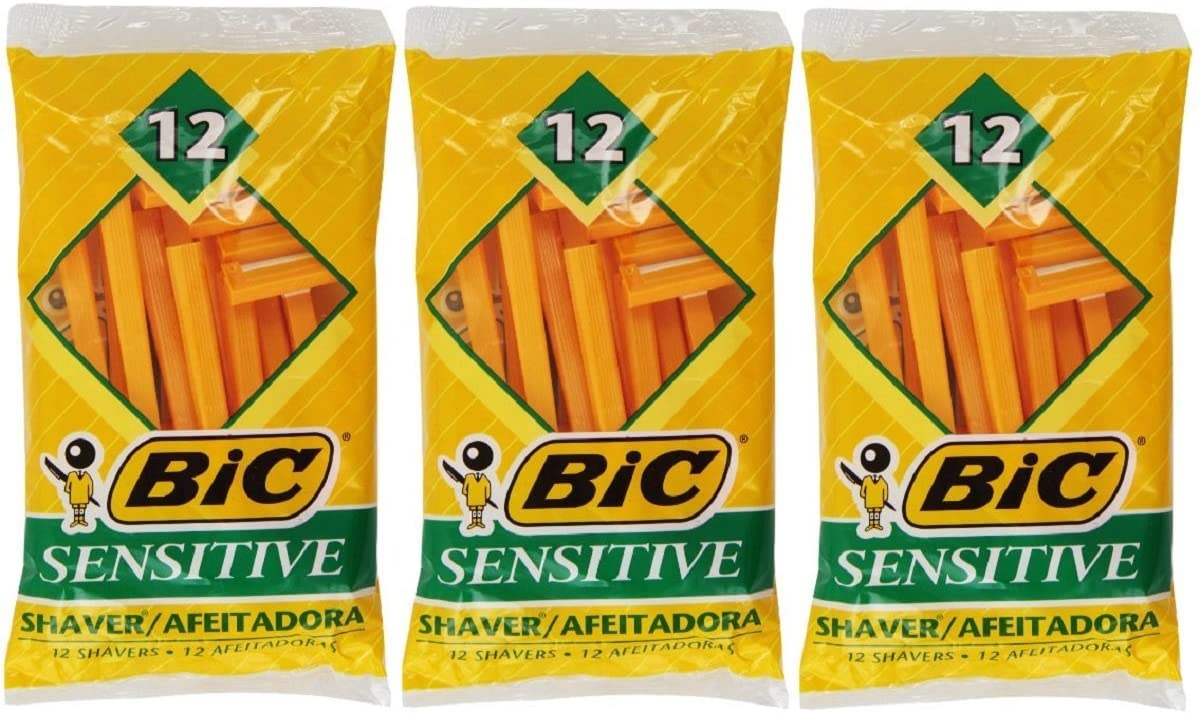 Ordinarily, we’re not too keen on recommending straight razors because, to be honest, there is a learning curve involved. Disposable and cartridge razors are designed to be able to be used by just about anybody, but straight razors, and to a lesser extent, safety razors, take a bit more work and practice.

But if you’re committed to learning how to do an old school shave then we recommend checking out the Dovo Shavette Replaceable Blade Straight Razor.

This razor, made by the same company that makes Merkur, gives you all the sharpness and control of a great straight razor with the blade replaceability of a safety razor. Rather than have to use longer blades designed just for straight razors, you can swap out this blade for any safety razor blades, which will save you a ton of money in the long run.

Without getting into the nitty-gritty of everything you need to know before using a straight razor, there’s not too much more to say. This straight razor does its single job to securely hold on to the blades while you pretty much take care of everything else like the shave angle, the amount of pressure and the kind of razor blades you use.

We’ll warn you from experience that shaving with a straight razor isn’t easy, but the dividends feel fantastic. If you’re interested in the most personal shave possible, then the Dovo straight razor will be one of the best razors for you. 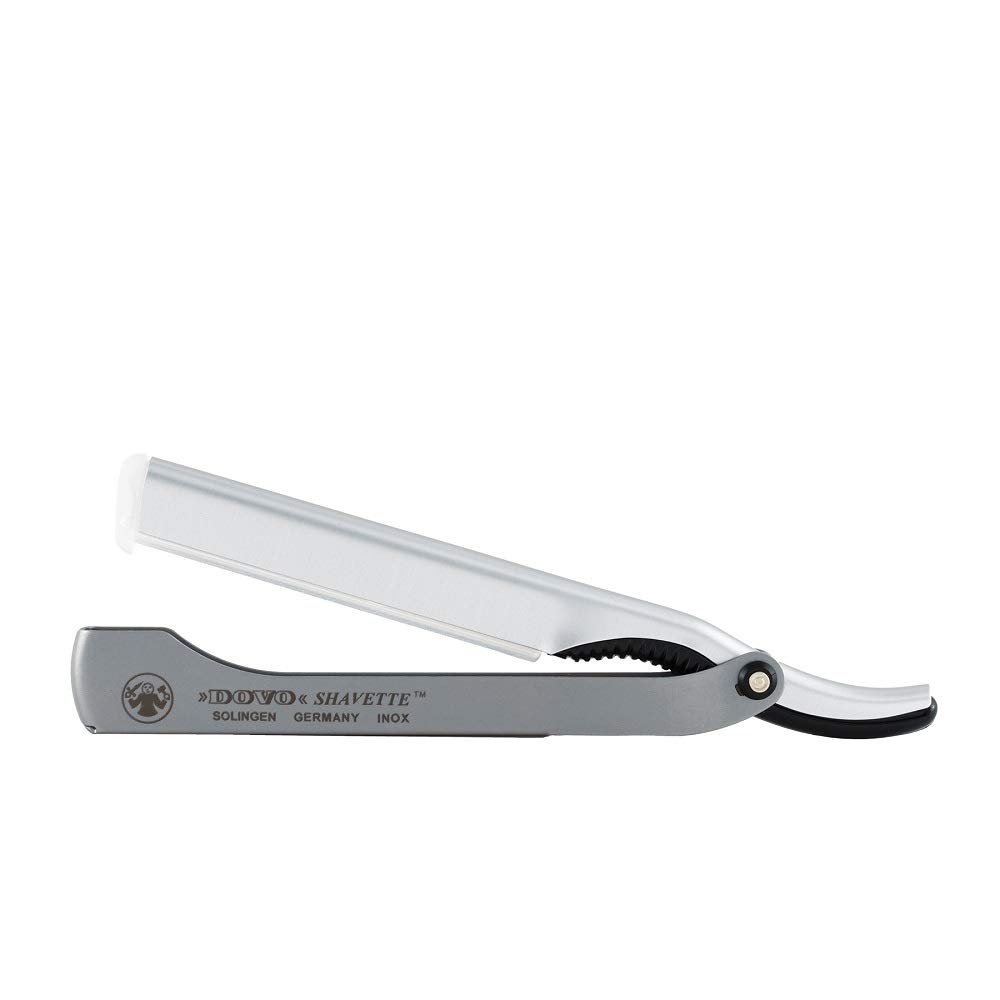