Welp. It happened. I am officially confused.

As some of you folks might have figured out at this point, I’m SPY’s honorary bald boy. That said, I’ve been on the hunt for the past couple of weeks to find the best bald head shaver money can buy.

I’ve tested a number at this point. The Skull Shaver Pitbull Gold PRO absolutely floored me, Remington’s Balder Pro gave me the ability to fear a little less when it came to water and I found that the Andis Profoil Lithium Plus might be a little bit better for barbers than DIY hair cutters.

All in all, I thought I had it everything figured out at this point. I was specifically into the ergonomic all-over design provided by the likes of Skull Shaver and Remington. In addition, I became so obsessed with Skull Shaver, I thought that I’d never find another bald head shaver that matched the likes of my experience. 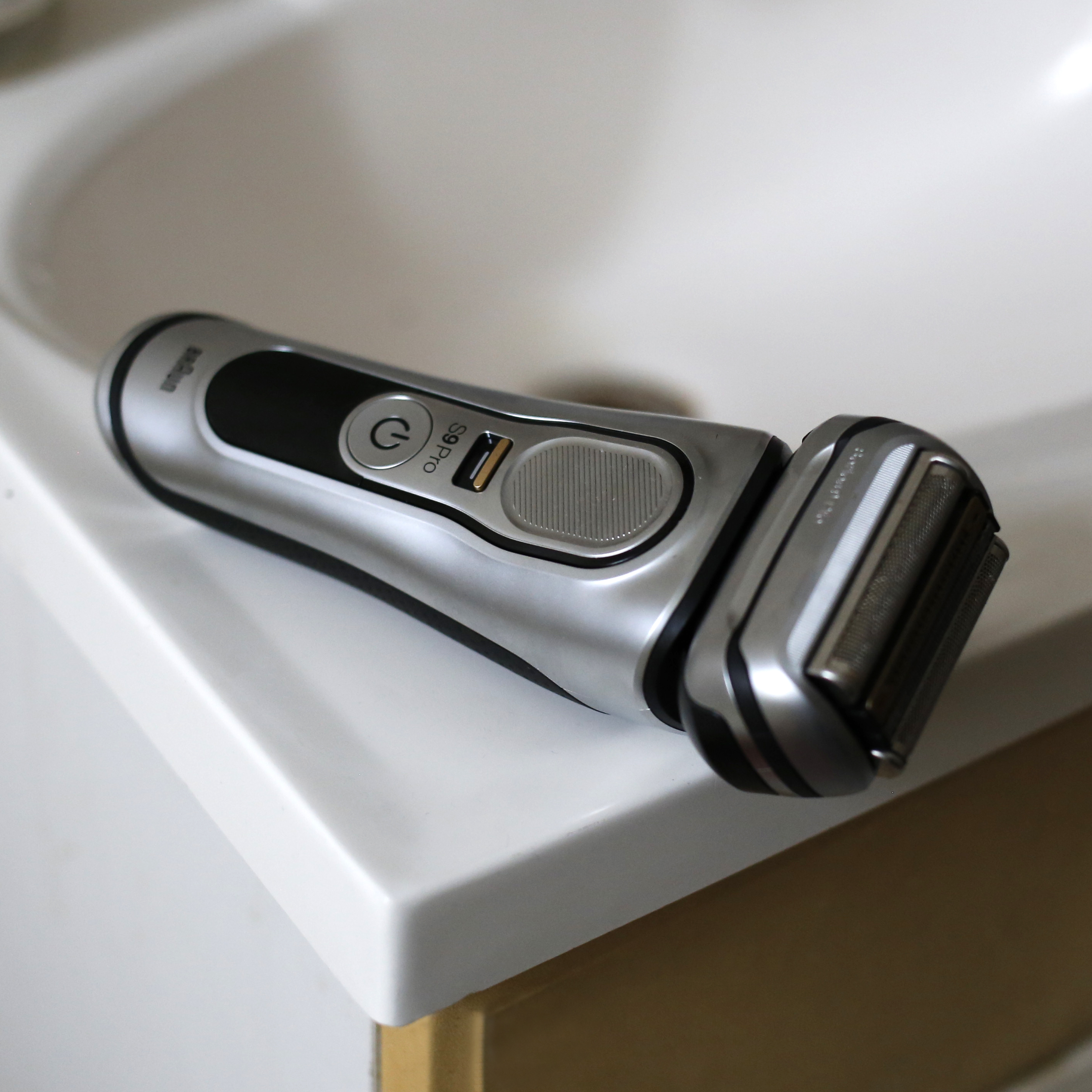 As I mentioned, I’ve fallen in love with the classic overhand, all-over ergonomic design that a ton of today’s bald head shavers stay consistent with. But, that’s not the design of the Braun Series 9 Pro whatsoever.

Braun chooses a straightforward beard trimmer-esque design rather than a bald head shaver design for total duality. This makes it easier to go straight from shaving your face to your head right after the fact.

It’s got an ergonomic hold that doesn’t take any getting used to with a motorized head that makes shaving absolutely effortless.

On the area in which one holds, the front includes a large button to turn the shaver on and off with a switch that allows for the head of the buzzer to either stay put or move around. In addition, the battery life is displayed via a small LCD screen at the very bottom so you know when it’s time to give this puppy a charge.

Speaking of charge, this is something you’re going to have to do relatively irregularly due to the added PowerCase that the shaver comes with. That said, this shaver can hold its charge for around 6 weeks in total. It’s insanity. It’s complete with the world’s first-ever when it comes to bald head shavers, making it incredibly easy for bringing your shaver on the go without the full charger — because that charger is massive.

Lastly, this device is entirely waterproof so you can shave in the shower or in front of the sink, making it an ideal option for any kind of shaver.

Here’s the catch: when it comes to the Braun Series 9 Pro, you’re going to have to pay a lot of money. No matter what, you won’t be able to find this shaver for under $300.

When most bald head shavers sit at a price either a little above or below $100, this might sound expensive, but this isn’t just a bald head shaver — it doubles as a shaver you can also use on your face. So, you’re kind of buying two shavers for the price of one. This is definitely something to take into consideration when purchasing.

That said, you can currently find the Braun Series 9 Pro for around $330 both at Target and Amazon. If you do the math, this is essentially $115 each for a bald head shaver and a beard shaver conjoined. Not the worst, but not the best, either. 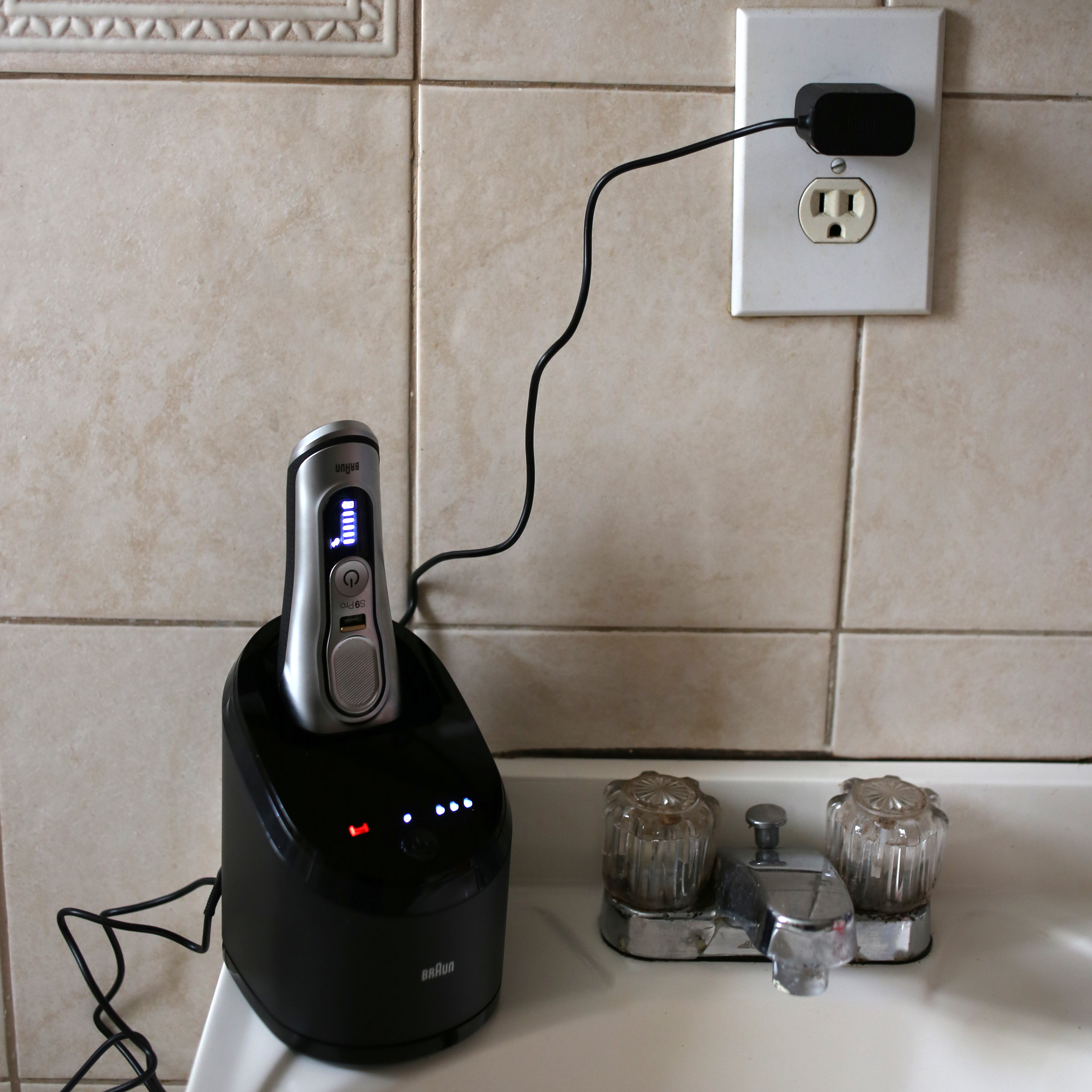 When taking the Braun Series 9 Pro out of its packaging, I have to keep it real. I wasn’t so excited.

I allowed myself to become so incredibly used to the ergonomic overhead hold that this more pole-like device seen in regular buzzers made me turn a blind eye. But, nonetheless, I turned it on and went to town.

The first thing I noticed was that the device was quite loud and exceptionally vibrational. I wasn’t a huge fan of that, but I went ahead and continued with my shave to notice hair falling much more quickly than usual. The smoothness level of my head was almost bare in one to two go-overs, which isn’t quite the norm with most bald head shavers I’ve tried.

Because the head of the shaver moves when you shave (if you want it to), the shave felt really similar to what I’ve experienced with a regular razor from somewhere like Harry’s. I didn’t use any shaving cream or water either, this shave was totally dry and I was getting results that were smoother than smooth in record speed.

One thing that changed the game was the accurate shave I was able to get near my sideburns and at the back of my ears. With regular bald head shavers, I always have to go in with a straight razor after the fact to align my beard properly to my bald head. But with the Braun Series 9 Pro, I could trim the sides of my beard to a T without losing any wanted hair on my beard due to its design and grip. As for behind the ears, trimming back there was no problem either. A simple one-and-done. Easily, this hold has become one of my favorites.

I didn’t submerge this buzzer, but I did rinse it underwater to see if it was as waterproof as it says it was and found that it absolutely is. The shaver still works just fine.

Let me keep it real — this shave was next level. I’m as bald as a baby as I type. But, of course, there were a few issues.

First and foremost, this device was extremely loud and vibrational. I didn’t mind it too much, but at times I felt like my bones were going to buzz through my skin with the vibration. It was somewhat ticklish, too.

Additionally, this bald head shaver doesn’t collect your hair within the head to clean later. Instead, hair falls right out in front of you. This means you can’t shave just anywhere, you’re going to have to do it in the bathroom or in front of a garbage can. It can definitely get quite messy.

In addition, the charging unit is, like, an entire unit. This isn’t your classic plug-in-the-wall type. Instead, it sits in a large device that mimics what your electric toothbrush might sit in, just 10 times the size. While this might look pretty mighty, you’re going to need some serious room in your bathroom to lay this puppy down.

The Verdict: The Pros Outweigh the Cons

There are a lot of cons for the Braun Series 9 Pro, I know. But, sheesh. That shave? Legendary. My head has never been so smooth from a bald head shaver. I would keep these cons any day if I could continue receiving such an effortlessly smooth shave.

If you can look past the cons (and that price tag), yes. Purchase the Braun Series 9 Pro. It can get messy, pricy, a little loud and a bit too large, but the shaving experience, battery life and waterproof body make it 100% worth it. You’ll be thanking me later. Trust me. 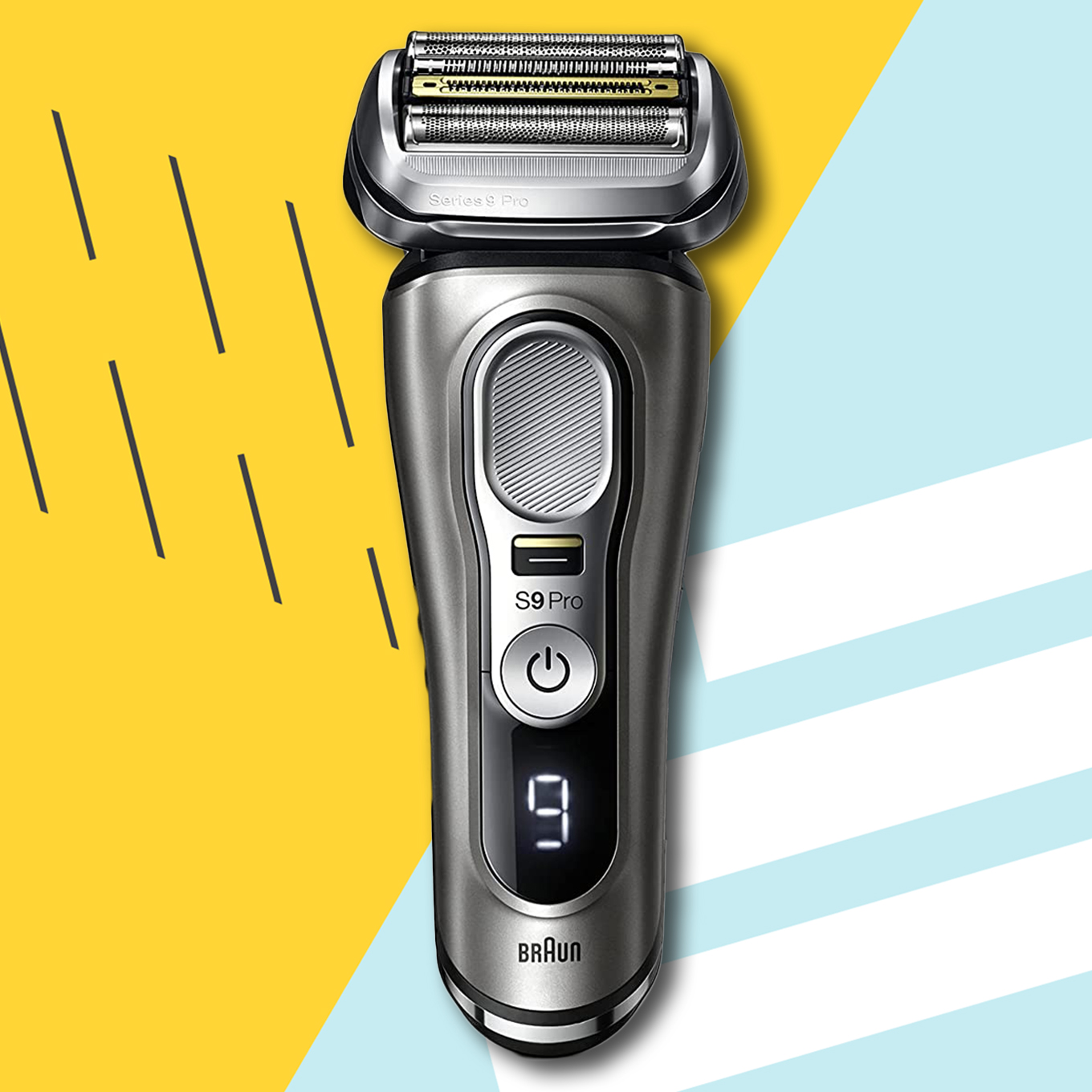