Dandruff affects tens of millions of people annually, making it one of the most widespread and well-known skin conditions. But because it’s so prevalent, scientists know so much about how to treat it that you don’t have to suffer from it if you have the right products.

As one of the most well-known scalp health brands out there, Head & Shoulders teamed up with beloved scientist (and dandruff-sufferer) Bill Nye to help spread the science about scalp treatment and dandruff and explain how its products can help.

Not only is the star of Bill Nye the Science Guy and the upcoming Peacock docuseries The End Is Nye — not to mention CEO of The Planetary Society — one of today’s most popular and well-known science communicators but he is unabashed in his admiration for Head & Shoulders’ efficacy as a dandruff shampoo.

SPY spoke to Nye and Head & Shoulder’s head scientist, Dr. Jeni Thomas, to better understand the science behind anti-dandruff products — as well as recommendations from Nye and from the SPY team about dandruff shampoos and more.

The science is pretty clear that dandruff (and the ensuing flakes) stems from the presence of a fungus called Malassezia globosa.

“Dandruff affects about half the people in the world from every continent, so it must go back to the beginning of humans,” Nye says. “This fungus feeds on the oil in your skin, especially where it’s warm and moist, like the top of your head. What it gives off — its waste product — irritates your skin, so your skin makes more oil and sheds more skin cells and flakes. It’s a vicious cycle!”

Nye said there’s also a genetic aspect to dandruff in that some scalps are more sensitive to this fungus. “The thing about the flakes is they’re not evidence of dirt or bad hygiene so much as evidence of you having the genetic disposition to be sensitive to the Malassezia fungus’ waste products, the hand-you’re-dealt kind of thing.”

At the same time, Malassezia has been around so long that it affects people worldwide. “The big science to me is everybody in the world, half the people in the world, get this no matter what their ancestry,” Nye says. “This fungus has been competing with our heads for, pick a number, a million years, hundreds of thousands of years, so this is the great challenge as a living thing on Earth, that we’re all competing. And I’d just as soon not provide Malassezia globosa a home in me. It can go live somewhere else!”

How Do Dandruff-Fighting Shampoos Work?

Thomas explains, “Zinc is essentially not friendly to [Malassezia’s] system, and so it becomes inactive and can no longer feed on the scalp oils and produce that byproduct, which is oleic acid.” Instead of washing away flakes or wrecking the microbiome, attacking dandruff this way leaves your scalp balanced and less irritated. Selenium sulfide is another popular ingredient that fights Malassezia at the source, and ketoconazole is a well-studied and popular antifungal ingredient.

Nye adds, “When you think about skin oil, it’s fuel… The fungus is eating your skin oil, so you make it so it can’t eat a combination of skin oil and zinc so it doesn’t grow.”

“It affects people across all ethnicities and genders, and it doesn’t discriminate,” Thomas says, “We all have that fungus on our head. We all produce scalp oils. … So it’s incredibly common but still often looked at as a taboo topic, which it shouldn’t be when it’s that common.”

Thankfully, the omnipresence of dandruff means there are lots of great products out there to help you get your flaking under control. So check out some of the best dandruff shampoos and products below, including Nye’s personal go-to dandruff products.

Head & Shoulders recently came out with new clinical strength dandruff shampoos and conditioners, and they’ve got Nye’s vote of confidence. “I use Head and Shoulders because it works, and this Head and Shoulders works better than the other guys. If I didn’t use it, I would have dandruff, and it bugs me. By having these products, I don’t suffer from dandruff. I’m more than happy to wear a black lab coat on camera, no problem!” Nye exclaims.

In particular, Nye says he loves being able to also use an anti-dandruff conditioner, noting that most brands don’t offer conditioners with dandruff-fighting ingredients. “The other innovation that Head & Shoulders has, which surprises me, frankly, as a consumer, that the other products don’t seem to have is a conditioner with the active ingredient zinc pyrithione,” Nye says. “When you wash your hair with the shampoo with the zinc pyrithione (or selenium sulfide), the fungus is suppressed. The fungus can’t tolerate those molecules. But then you use a different conditioner without this stuff, you’re washing away around half of it. You don’t want to do that, people!”

Put all that together, and that’s how Nye landed on the Head & Shoulders Clinical Strength Anti-Dandruff Shampoo and Conditioner Set. It contains a shampoo with selenium sulfide and a conditioner with zinc pyrithione for twice the amount of dandruff-fighting power.

And if you’re still not sold, Nye’s got some simple advice: “Try it. It’s science!” 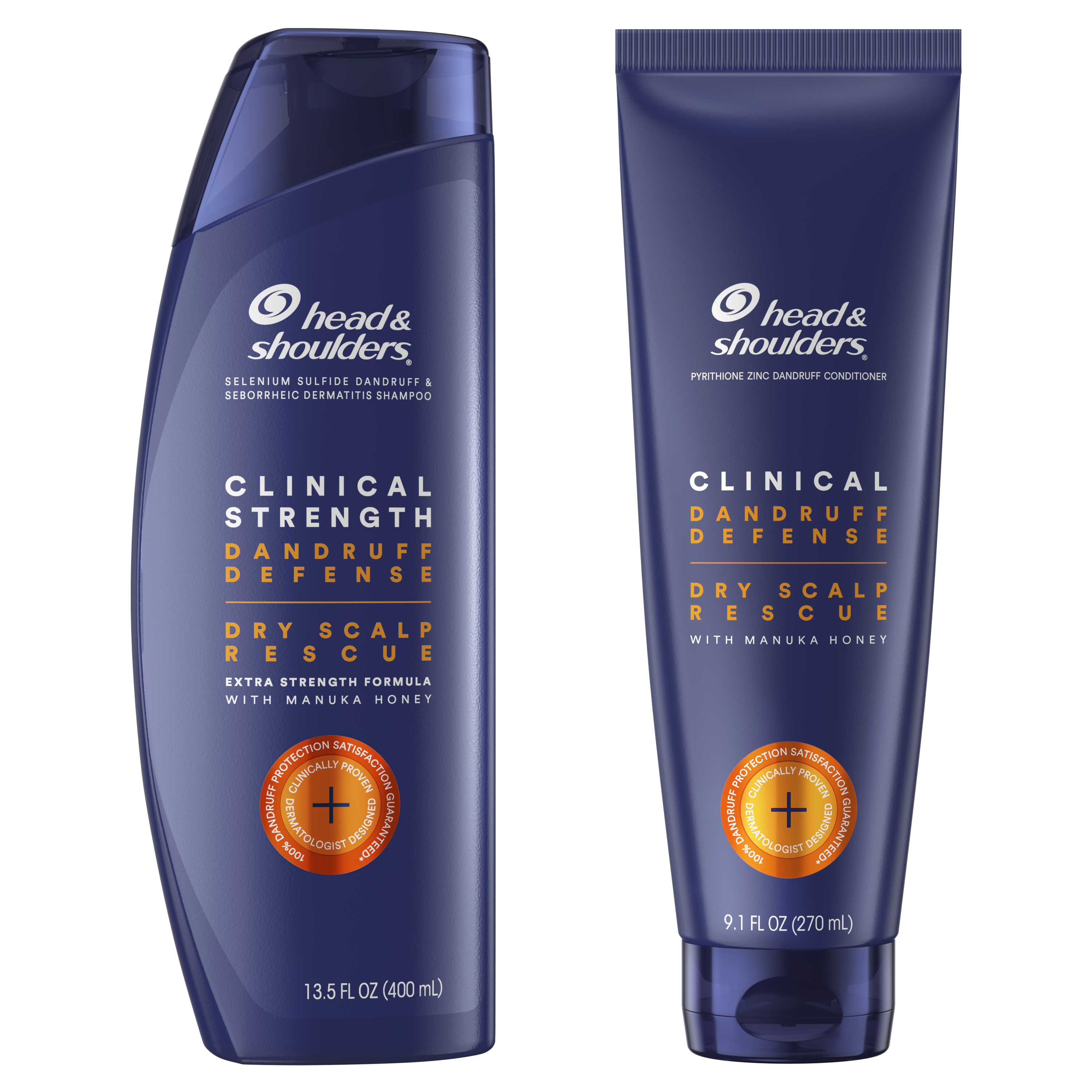 We’ve asked dermatologists and done quite a bit of testing ourselves over the years, and we always come back to the Head and Shoulders Classic Clean Anti-Dandruff Shampoo and Conditioner. Whatever degree of dandruff you’re struggling with, the zinc pyrithione in the shampoo and the luxuriously smooth conditioner will work together to tamp down flakes and leave your hair feeling unbelievably soft. 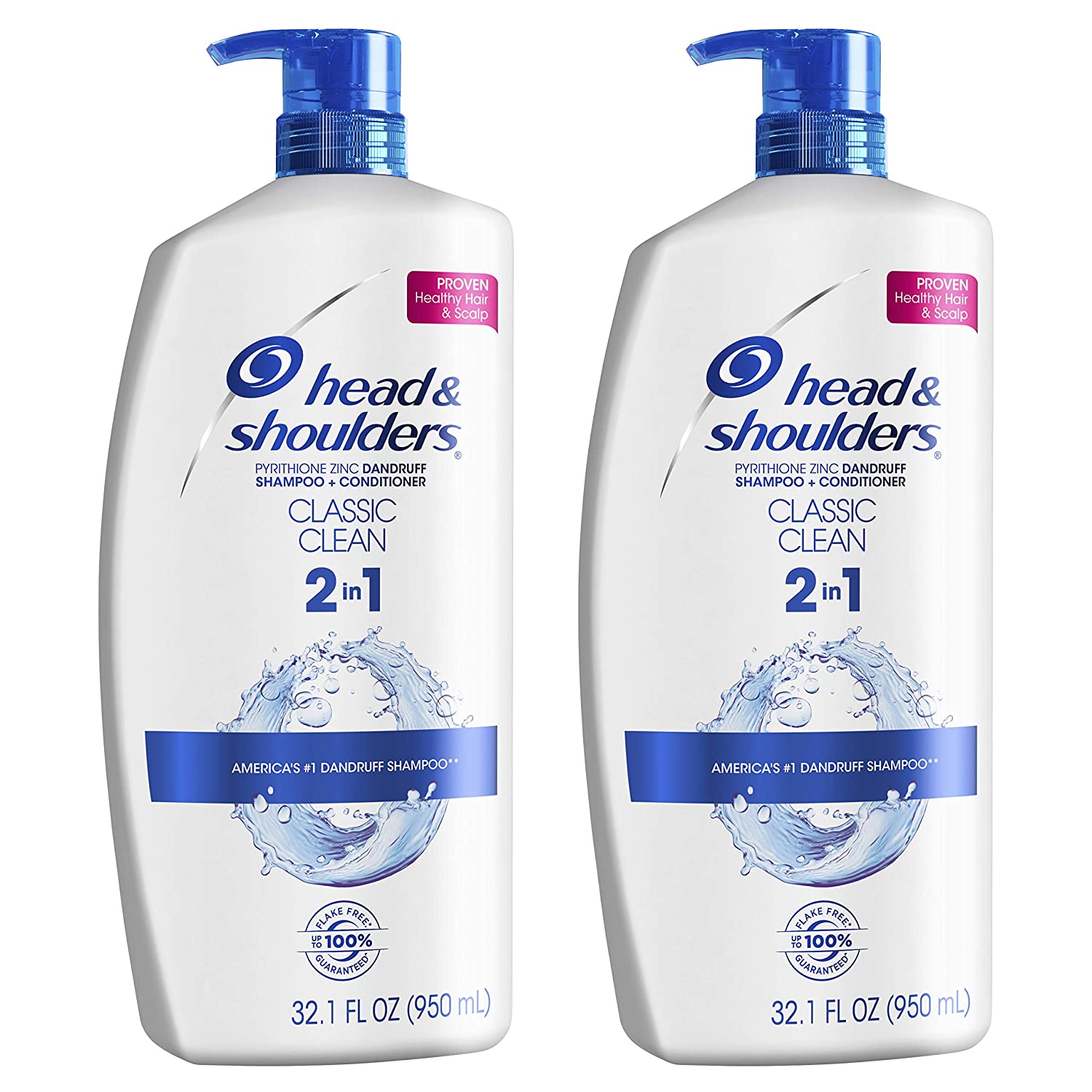 If you’re not keen on Head & Shoulders for whatever reason (for real though, you should try it if you have dandruff), the Selsun Blue Medicated Maximum Strength Dandruff Shampoo makes for an excellent alternative. With 1% selenium sulfide, it’s one of the most popular anti-dandruff shampoos on the market, right next to Head and Shoulders. 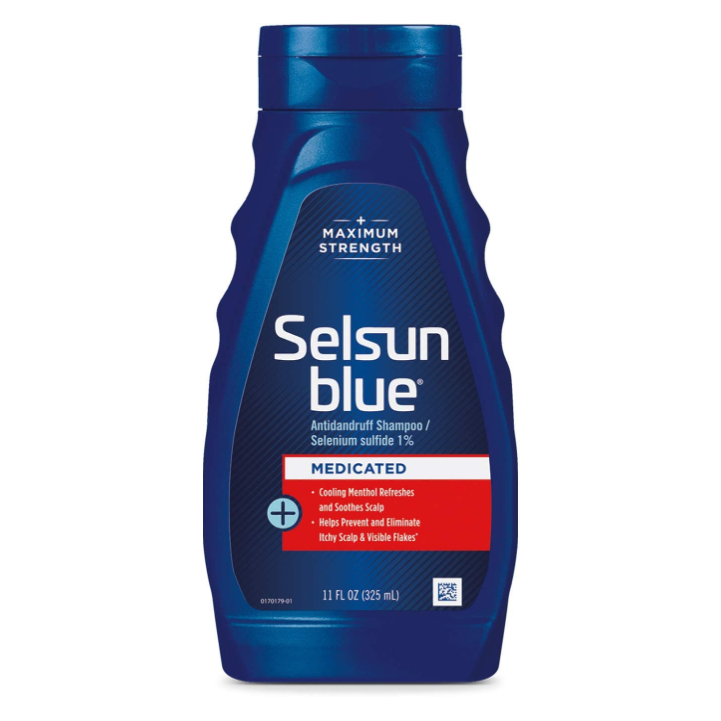 Harry’s makes a lot more than razors these days, including the top-notch Harry’s Anti-Dandruff 2-in-1 Shampoo & Conditioner. It helps relieve itchiness and flakes with 1% zinc pyrithione while conditioning hair and moisturizing dry scalps. Subscribe for easy deliveries or, if you know you’ll need more power, go for Harry’s extra strength anti-dandruff two-in-one that features 2% pyrithione zinc. 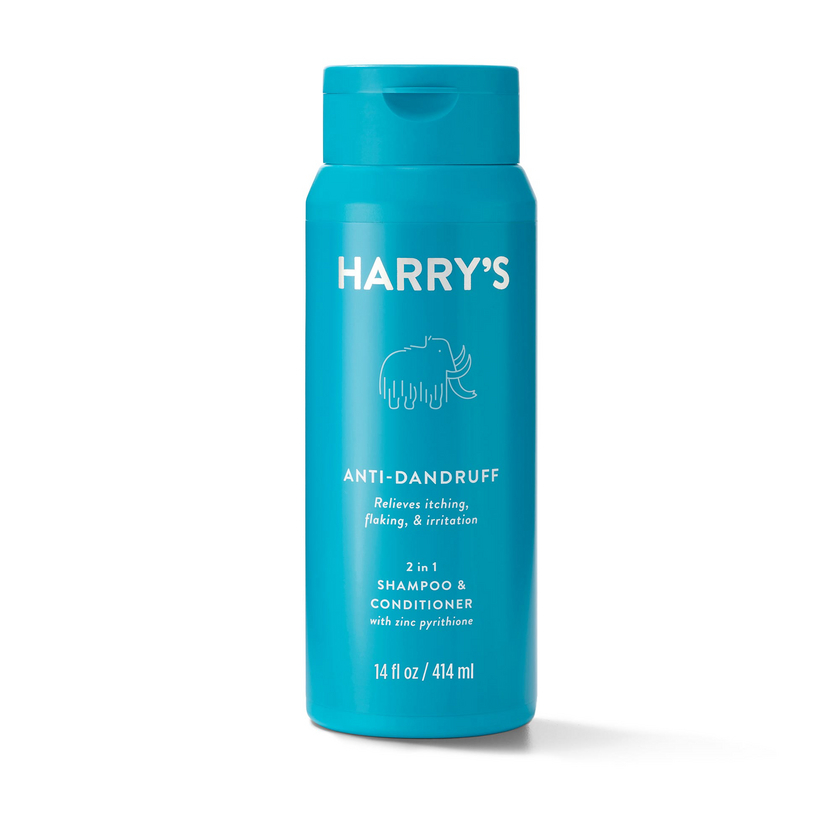 The Dove DermaCare Scalp Anti-Dandruff Shampoo comes dermatologist recommended for its anti-dandruff and anti-dryness powers. The 1% zinc pyrithione takes care of dandruff, while natural ingredients like coconut oil and shea butter help soothe dry, itchy scalps. It’s the perfect shampoo for dandruff or anyone suffering from a drier-than-normal scalp, whatever the cause. 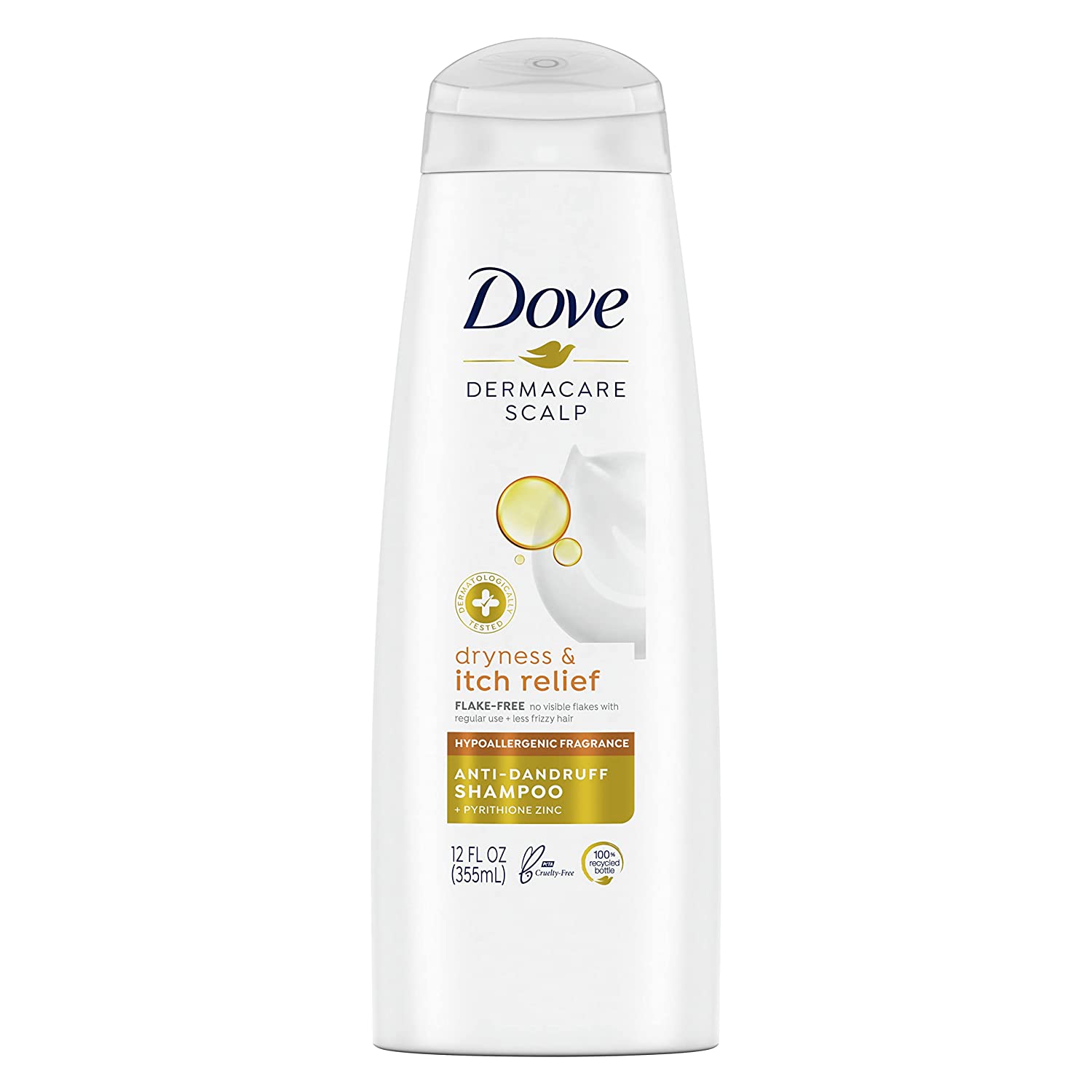 Maybe you’re one of the people whose fungus isn’t as responsive to selenium sulfide or zinc pyrithione. If that’s the case, turn to Nizoral Anti-Dandruff Ketoconazole Shampoo. Ketoconazole is a known antifungal, meaning it’s got a pretty good chance of taking down the Malassezia globosa causing your dandruff. 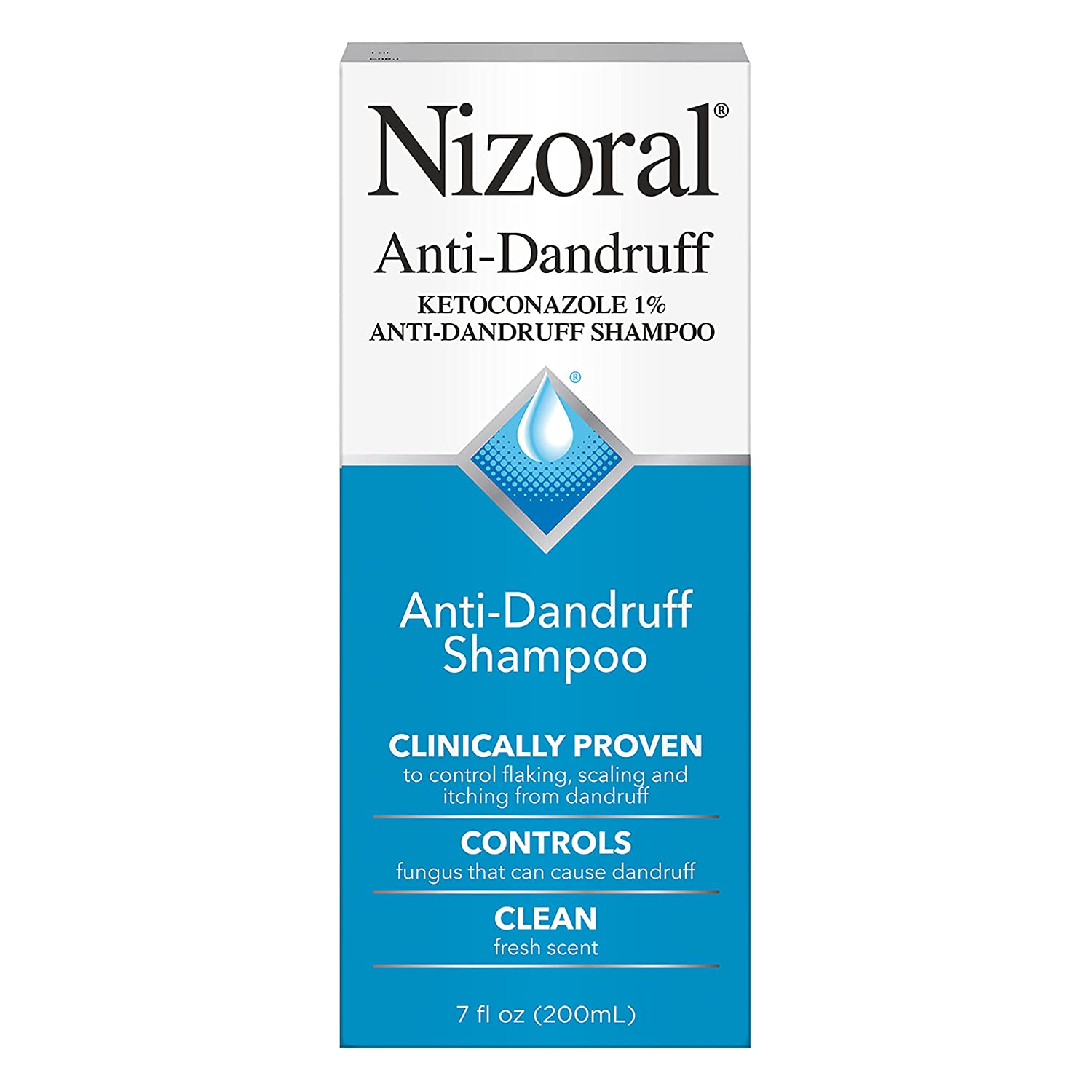 The Tea Tree Special Shampoo has remained popular for decades because of essential oils’ well-documented cleansing and rejuvenating powers. In this case, the tea tree, peppermint and lavender oils not only moisturize and refresh your scalp but also work to fight fungus thanks to their natural antifungal qualities. If chemicals aren’t your scene, this is one natural shampoo that may deliver solid anti-dandruff results. 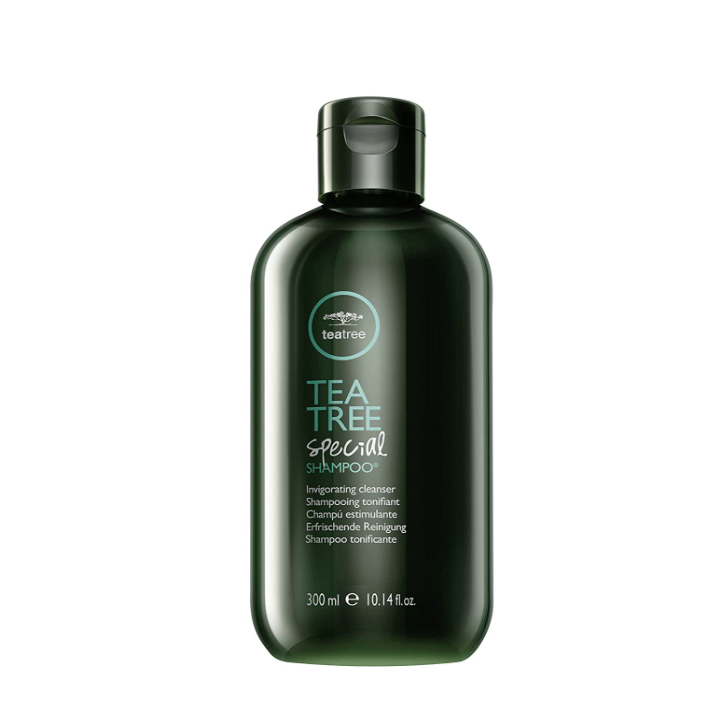