If you ask me how I shave my head, I’ll tell you straight up. I use the best razor for men — Harry’s 5-Blade Razor.

I know, I know, going to town with a straight razor to your scalp can be a controversial topic, but I’ve had trouble obtaining the same kind of close shave I get with the best bald head shavers. Although I tried the SPY reader favorite Hammacher Schlemmer Ergonomic Bald Head Shaver a few months back and liked my experience, I felt like I was left with some hair I otherwise wouldn’t have had with a straight razor.

Since then I came to wonder, is it even possible to get as close of a shave with a bald head shaver the same way you would with a razor and shaving cream? To find out, I’m testing all of the best bald head shavers to find out once and for all, starting with the Skull Shaver Pitbull Gold PRO. 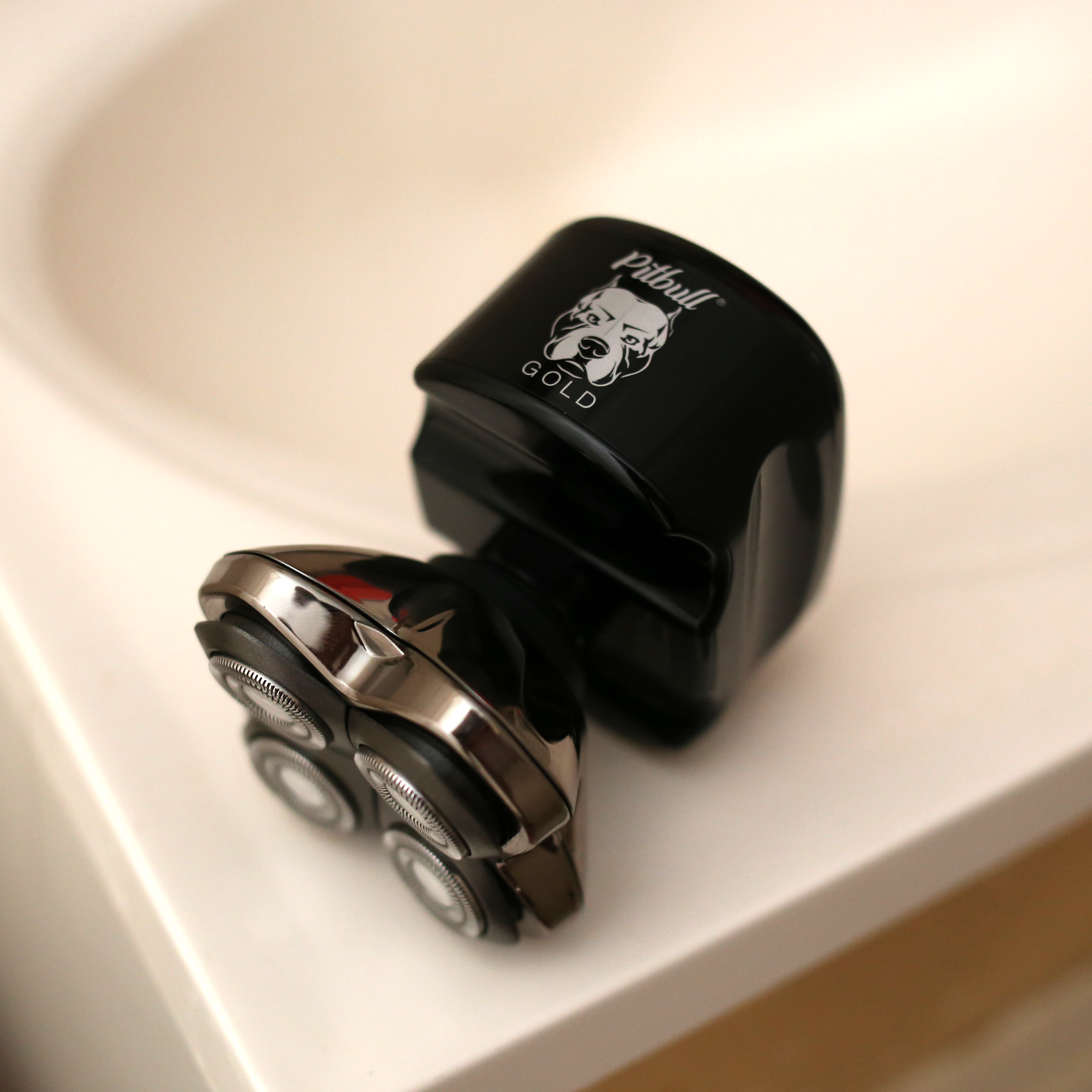 One thing that absolutely takes some getting used to is the design of most bald head shavers. They’re nowhere near similar to the best beard trimmers or a classic buzzer, and needless to say, they’re nothing like a straight razor.

Instead, the majority of bald head shavers (including the Skull Shaver Pitbull Gold PRO) offer a multi-hold design that allows for what I’d consider a more chaotic shave. Meaning, you can just take the buzzer to your head and go to town. Left, right, up, down — it doesn’t matter. This makes it easier to have a quicker, more effortless shave.

The Japanese stainless steel PRO blades are a feature to write home about. Seriously, I texted my dad about it. They’re built to effortlessly glide over the head in a way that feels as if it’s being cradled. The blades are also very safe to the touch no matter the case, so there’s no way you can hurt yourself while using.

The Skull Shaver Pitbull Gold PRO uses an LED-lit LCD screen to show how much battery is left post-shave. It has a 90-minute runtime in total and since the buzzer is cordless, this is a great indicator to let you know when it’s time to get charging again.

Because the shaver is water-resistant, you can take it into the shower or shave with shaving cream and water without fear. Though, you should not submerge the device under any circumstances.

In addition to these features, the Skull Shaver Pitbull Gold PRO is exceptionally lightweight. It can be thrown in a carry-on without adding any extra weight, to the point that you might even forget you packed it to begin with. Heck, you can even pack it in your briefcase and shave on the way to work. It’s that easy.

On Skull Shaver’s website, the Skull Shaver Pitbull Gold PRO is listed for $139.99 with a current 29% price reduction bringing it down to just $99.99. When comparing this price to other Skull Shaver products, this is definitely affordable. Skull Shaver’s most expensive razor on its site is listed at $250.

You can also purchase the Skull Shaver Pitbull Gold PRO on Amazon for just $109.99. If you’re a frequent Amazon charger (especially if you have one of those fancy credit cards) this could be a smarter option even if it’s $10 more. 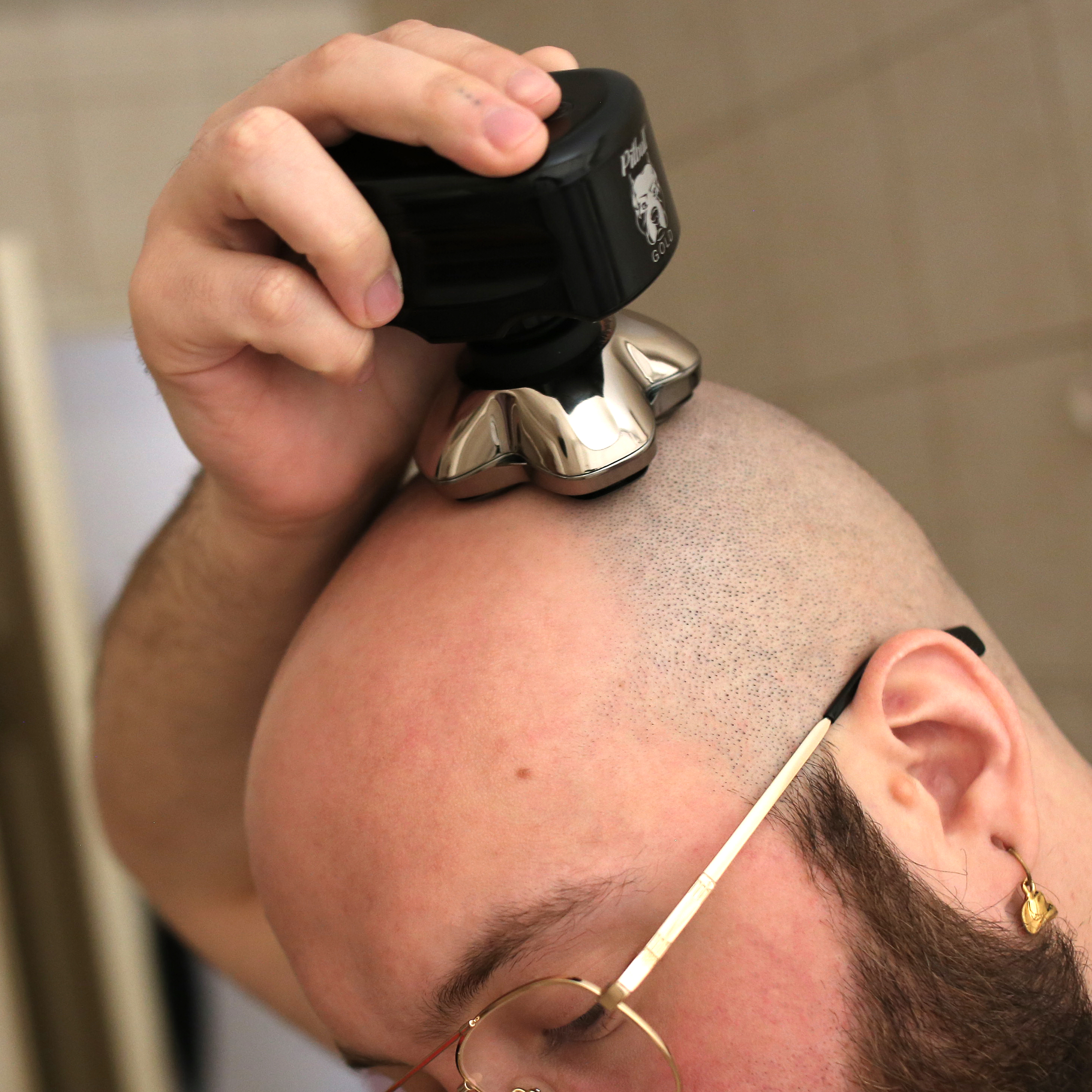 As mentioned, I’ve always been sort of skeptical with bald head shavers, so I was sort of “meh” about putting the Skull Shaver Pitbull Gold PRO to the test. I didn’t even take into consideration that the shave would be anywhere near close to a regular razor, but boy, was I wrong.

Upon opening it up, I first noticed how light it was. This is something I would typically equate to a cheap design, but the shaver itself looked extremely well made. I jokingly told my roommate, “let’s see how quickly this takes me,” pressed the button on the device to turn it on (which made it sound like a quieter electric pencil sharpener) and started circling around my head in front of her. When her eyes widened I asked her if it was doing the job to which she responded, “go look at yourself in the mirror.”

When I walked over to the mirror, I realized I was halfway done shaving my head and I’d only been shaving for around 15 seconds total. Because I figured that was too good to be true and it must not be as clean as a shave as I thought, I rubbed my noggin and to my surprise, realized it was completely bare.

Sure, I had missed a couple of pieces because I began the process more or less playing around (and I wasn’t even done yet), but the shave was as close as I’ve gotten with a regular razor. I was floored.

So, I kept at it and finished my shave in around five to six minutes total. Skull Shaver specifically says on their website “90 Seconds and Done!”, but I don’t know who has that kind of power. Sure, you might look done, but once you rub your head, you’ll notice a couple of pieces you missed.

Nonetheless, the shave was, for a lack of better words, bananas. No nicks, no tugging, no cuts. The experience was totally effortless and my head was as smooth as it normally is with a regular razor. So much so, that I think I’m going to ditch the razor to my head from here on out, which is something I never thought I could commit to.

Because my roommate was there for the entire experience, she wanted to give it a shot on her legs. And, yeah, it works just as well on legs as it does on the head. Her legs were totally hairless in seconds.

One issue I had is this: I have a beard. I know, this is called a bald head shaver, meaning it isn’t necessarily meant for accuracy and lining. It’s kind of just an option you rub all around and see results from. That said, it isn’t ideal for lining the beard to your head. I had to go in with a regular razor after the fact to precisely line the part where my beard meets my bald head. This was to be expected given the design, but I wish there was a simpler way to have done it with the shaver.

That said, my experience with the Skull Shaver Pitbull Gold PRO was still nothing less than amazing.

The Verdict: This Is the Blueprint

This bald head shaver is seriously one to compete with. As I begin to test more bald head shavers, I’m going to be comparing each and everyone one of them to my experience with the Skull Shaver Pitbull Gold PRO. It’s absolutely the blueprint.

If you’re a bald man looking for an excellent bald head shaver, this is it. Sure, the $100 price point might not be the friendliest to look in the eye, but hey, there are more expensive bald shavers out there. This is simply one worth getting. And trust me, you’re not going to look back. 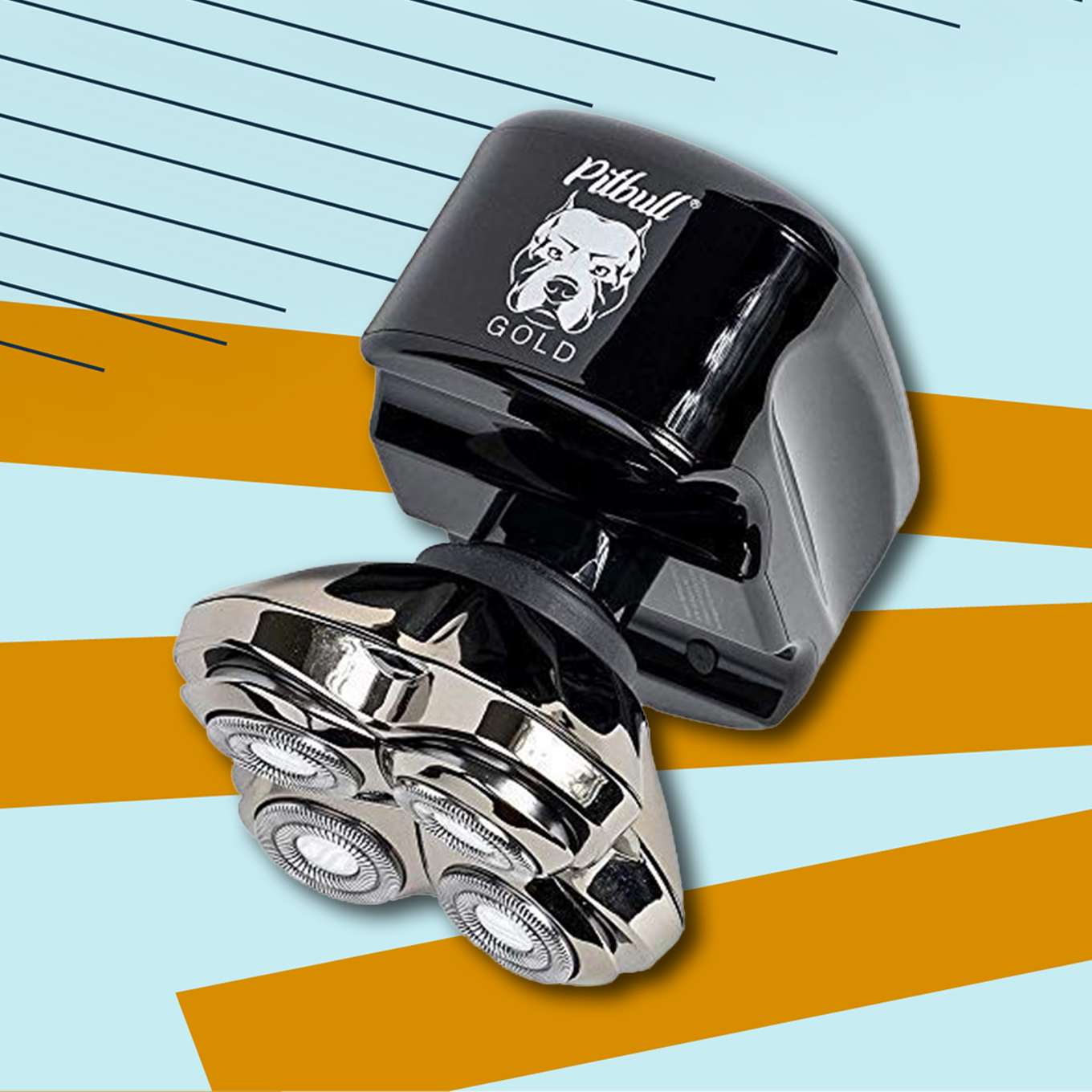 Shine Bright Like a Diamond: Here’s the Best Lotion for Your Bald Head