* Vitamin-E infused wipes for a variety of hygienic uses
* Alcohol and paraben-free – suitable for all skin types
* Does a better job of cleaning, with less irritation

They may be named for a Beavis and Butthead-era insult, but these flushable wipes are in no way for buttheads. Rather, they’re a major hygiene upgrade over plain old plebeian TP.

Made with vitamin E and aloe infusions, and fully biodegradable, these wipes are a level up for down there. Fundamentally healthier and more soothing to the skin, they do a far better job of cleaning areas where cleaning is maybe most important, and if you don’t have a bidet at home they’re practically a must. Those who’ve tried these bathroom moist towelettes tend to say they’re never going back to the medieval era of scratchy toilet paper. Though the packaging may have a funny archaic font and, for fans of the visual pun, a picture of an ass (the animal, that is) in a top hat, these wipes will make you feel like the modern era of hygiene has finally arrived. 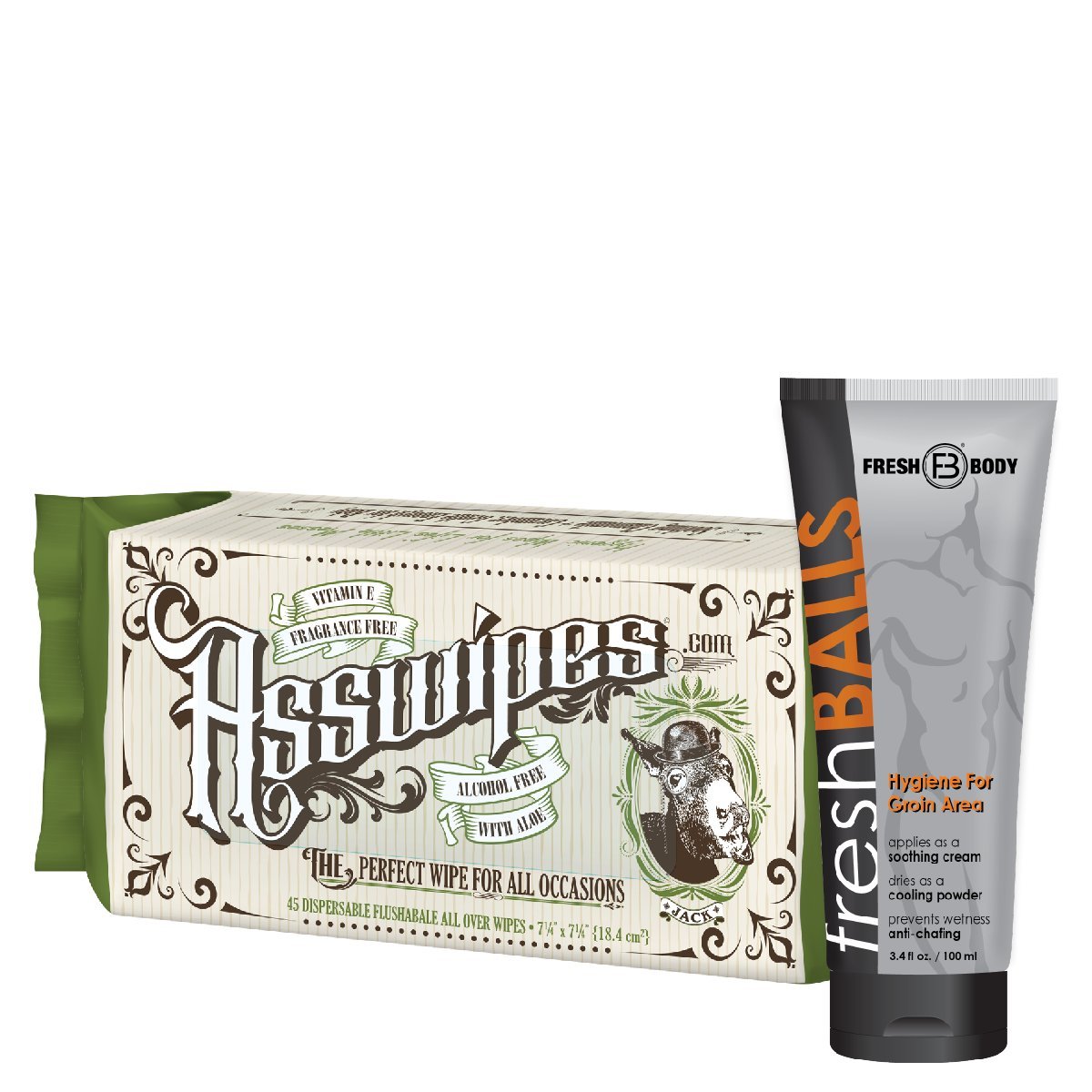 Western cultures in general have a somewhat crappy record when it comes to bathroom hygiene, but at least in your own home you can take a stand, er, sit, for civilization. The Romans built large, fancy toilets, some of them out of pure marble, but when it came to wiping, apparently relied on reusable sponges on sticks. Two millennia later, archaeologists with the tools to detect traces of ancient bacteria can reliably report it was as gross as it sounds.

The flushing toilet, then called a “Jakes” (how that turned into “John,” we’re not sure), was introduced in London in 1596. It was for Queen Elizabeth, and though there was some effort to market it, the idea didn’t really catch on until over 200 years later. Meanwhile, some of the very first cities on earth, built in the Indus river valley around 3500 BC, actually had flushing toilets already. So get with the times and use these purpose-built wipes instead of relying on all that dry paper, like a barbarian.

We like to keep a pack in our gym bags, one on top of the toilet and one in the car, for any camping trips or outdoor activities where you need to wipe up. Each pack comes with 45 towelettes per pouch.

How To Clean Your Intimate Regions