Women’s Wear Daily reports that Clark’s Botanicals will soon be selling a retinol eye cream. While the cream’s not available yet, we did uncover some great finds from the coveted beauty brand. Get the whole story and shop below.

From WWD:
With new financial backing, Clark’s Botanicals is gearing up for growth. The skin-care line, founded by Francesco Clark, is launching new products for the first time in years and is readying for its first one-hour segment on QVC. Retinol Rescue Overnight Cream, $98, will be sold during the segment on June 20. 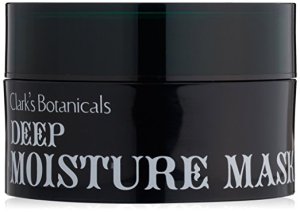 The product contains 11 active ingredients and two encapsulated ingredients that aim to reverse environmental damage, increase cell turnover and improve skin radiance while targeting fine lines and wrinkles. Retinol Rescue Overnight Cream is expected to be the biggest launch in Clark’s history and to triple the business’ revenues within the next six months. The brand is slated to launch a related eye product, Retinol Rescue Eye Serum, this August.

“I’ve had issues with Retinol where it makes you red or flaky, my skin reacts to everything, so I wanted a treatment product that would not make you red but would help to undo damage in the top layer of the dermis,” Clark said. “I don’t like the Retin-A alternative because of my reactions to it, so I wanted a time-released formula, which is what this is, along with regular retinol with colloidal oatmeal — it does not increase redness and counteracts the hyperactive reaction you might have to this antiaging ingredient.” 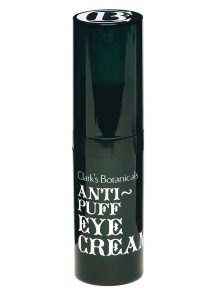 Industry sources project the launch could do $1.5 million in sales in its first week. Outside of the U.S., Clark’s is focusing on its U.K. growth. There, the business is up 58 percent year-over-year and is expanding from 35 doors to 40 doors. Clark founded his skin-care brand in 2008, after a spinal cord injury landed him in a wheelchair with a host of skin problems — it got to a point where he was avoiding mirrors. His long recovery period caused him to become something of a wallflower, he said.

“Starting Clark’s Botanicals — it was never a business plan, it was never a plan to sell products, it was me not wanting to see my friends…never being in the city, because if I was in a room with a lot of windows or a mirror, all I would see in the reflection was a wheelchair and I would burst into tears,” Clark said. “I was acting like a vanilla, bland, flavorless nothing, like a popsicle stick,” Clark said. 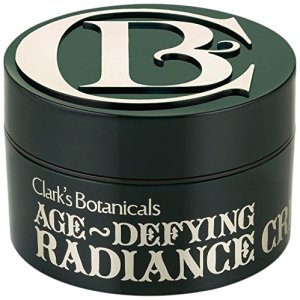 But when his idol Christopher Reeve passed away, he realized he needed to make some changes, and worked with his doctor father to formulate skin-care products in their kitchen. “We made the products to make them for me, we started with two products never sold anywhere for five years.” When he was first approached to put the products in a local shop, he said no.

Now, Clark’s Botanicals is part of Glansaol, the platform company started by former Revlon chief executive officer Alan Ennis and backed by private equity firm Warburg Pincus. Glansaol invested in Clark’s — as well as Julep and Laura Geller — in late 2016, and the new capital is bolstering the brand’s growth, according to Clark.