* Keloids are raised scars resulting from past skin trauma
* Keloids occur most commonly on the chest, nose and ears
* These over-the-counter treatments work to minimize the appearance of keloids

Getting a cut on your skin is inevitable. Most of us scrape our elbows, skin our knees and clip our fingers with sharp objects. But occasionally, we suffer larger injuries, from surgery to c-sections. For many people, such skin injuries result in a minor scar, but others will develop a more unsightly keloid scar.

When the skin is injured, it sends collagen to the wound, filling it in until it’s healed. When keloids are formed, the body doesn’t stop producing collagen when the wound is healed. Instead, it keeps producing collagen, creating a raised scar that is sometimes worse than the original injury.

Luckily, keloids aren’t forever. Dermatologists offer expensive in-office treatments to remove such scars, but there are also over-the-counter treatments that minimize and reduce the appearance of these scars. The following are the five best over-the-counter treatment options, and using any of them will save you money over expensive doctor visits. However, it’s important to note that these treatments may only minimize the keloid rather than getting rid of the scar completely.

Many scar treatment options require multiple applications each day, but the major advantage for the Mederma Advanced Scar Gel is that it only needs to be applied once a day. The popular gel contains allantoin to reduce the appearance of scars and encourage the growth of new skin cells. In addition, this over-the-counter treatment has almost 1500 5-star reviews, so you can buy with the confidence that this gel has worked for many customers before you. 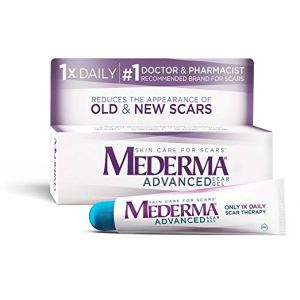 If you’re in search of a natural remedy for your keloid scar, look no further than DERMA-E Scar Gel. The non-oily formula includes botanical extracts that have been proven to diminish the appearance of scars. The allicin, allantoin and panthenol work to break down scars and encourage new skin cell growth. Plus, this gel is absolutely cruelty-free, paraben-free and GMO-free. For new scars, apply the gel three to five times a day for eight weeks, and for old scars, apply the gel up to five times a day for up to six months. 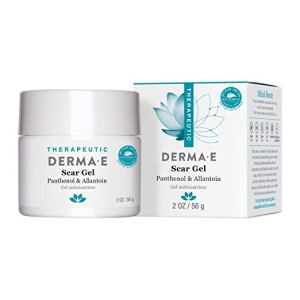 Specifically formulated to treat old scars, the Cutie Academy Scar Removal Cream is a non-irritating cream that can be regularly applied to all parts of the body, including your face. Inside the cream, you’ll find asiaticoside, heparin, allantoin and carbomer, which all work to increase collagen production in your skin. Of course, collagen is vital to softening and renewing the skin. Use the cream twice daily on clean skin, and you’ll see results in as few as 30 days. 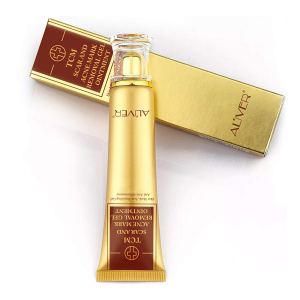 Although liquid nitrogen is used primarily to freeze away warts, it has been shown to minimize the appearance of keloid scars as well. Think of it like you are freezing away your raised scar. For that reason, we have included the Dr. Scholl’s Freeze Away Wart Remover on this how to list. Use the Freeze Away on your scar in the same way you would use it to treat a wart, and you should see the benefits after just a few treatments. 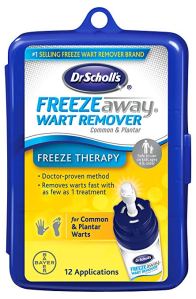 Silicone gel is being used by medical professionals for scar reduction around the world with great results. But you don’t need to head to the doctor’s office to take advantage of this technology. The ScarAway Silicone Scar Sheets allow you to use the power of silicone on your keloids in the comfort of your own home. Simply cut these sheets to the size of your scars and apply them like a Bandaid directly to the skin. Leave the patch in place for 23 hours. Then, clean the application area and let it dry for one hour before applying another sheet. You should start to see results in four to eight weeks. 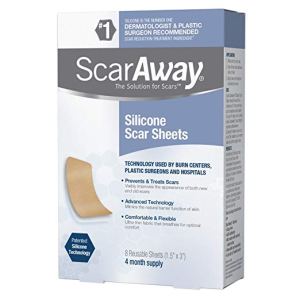 5 Over The Counter Ways to Fade Scars Without a Dermatologist