There are so many so-called “natural” products on the market today, especially when it comes to deodorants. But without getting your hands on one, it’s impossible to know whether this deodorant will be the one that actually doesn’t irritate your armpits and that actually helps with sweating and body odor.

I recently discovered Humble Brands’ natural deodorants, and I wanted to put them to the test to see what they were about and how effective they were compared to my regular staples. Humble Brands was kind enough to send SPY a sample for review. 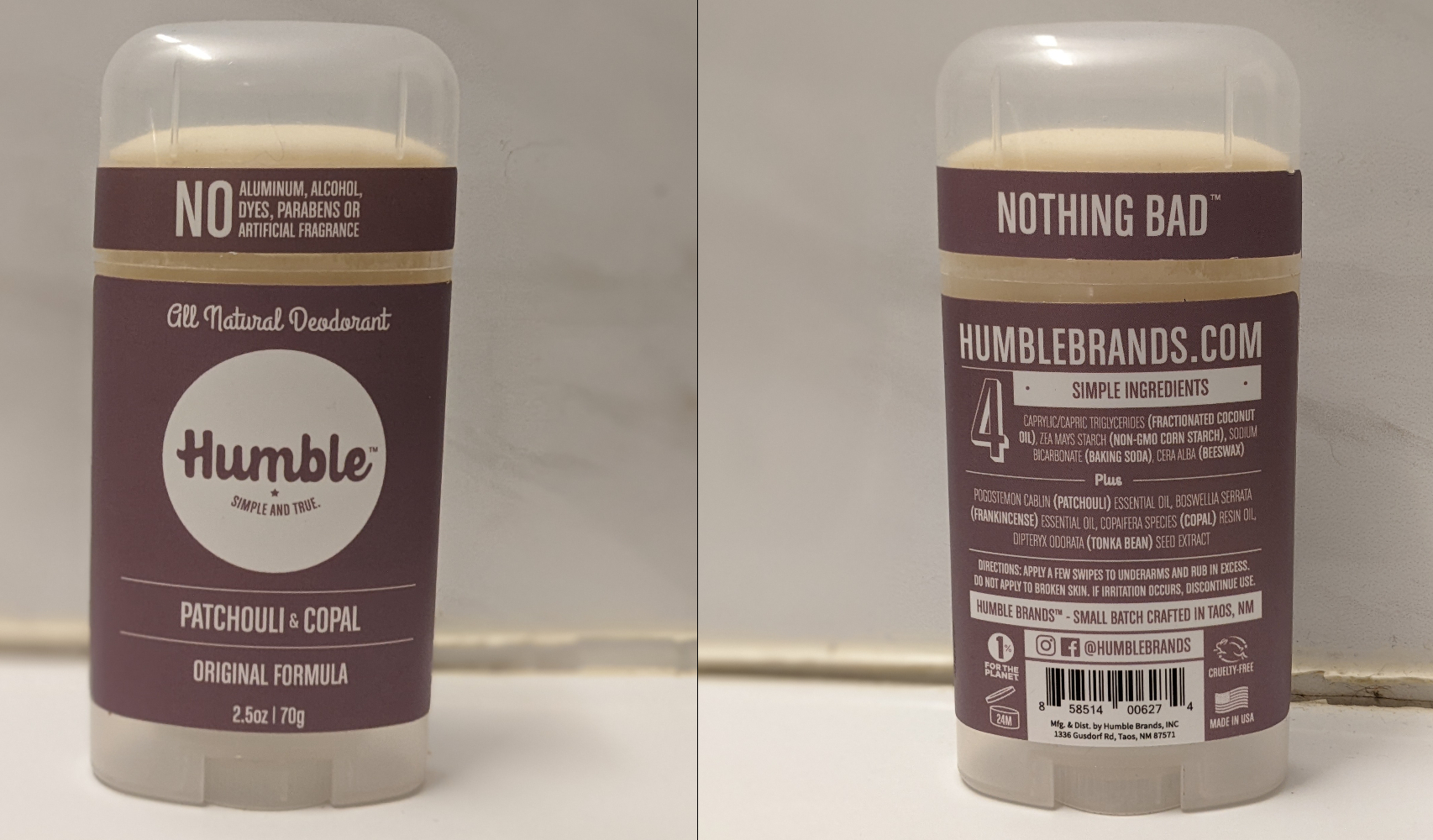 Originally designed with a plastic case like so many other deodorants, Humble moved to make its deodorant 100% biodegradable over the last few months. This change extended to all aspects of the product, including every element of the packaging. I received the plastic case to test, and it’s perfectly serviceable. There’s a cap to keep the deodorant fresh and you simply turn the wheel at the bottom counter-clockwise to raise the deodorant out of the case. The branding is also clean and the labeling is wonderfully simple and straightforward. You’d be hard-pressed to not understand what’s in the deodorant after quickly reading the back label.

Made with only four active ingredients (each deodorant also has a few ingredients for fragrance), Humble Deodorant leans heavily into the less is more ethos, as well as the trend toward natural ingredients. I’m inclined to agree that there’s “nothing bad” in this formula, as the label brags. The deodorant contains fractionated coconut oil, non-GMO corn starch, baking soda and beeswax. That’s it, and each ingredient serves a pretty straightforward function. Corn starch and baking soda help absorb moisture, coconut oil keeps your pits moisturized and beeswax holds everything together.

You’ll note that there’s no aluminum in this formula. That means there’s nothing in this formula that will actually prevent sweating, though there are fragrances to help cover any body odor and there are ingredients to soak up the sweat. 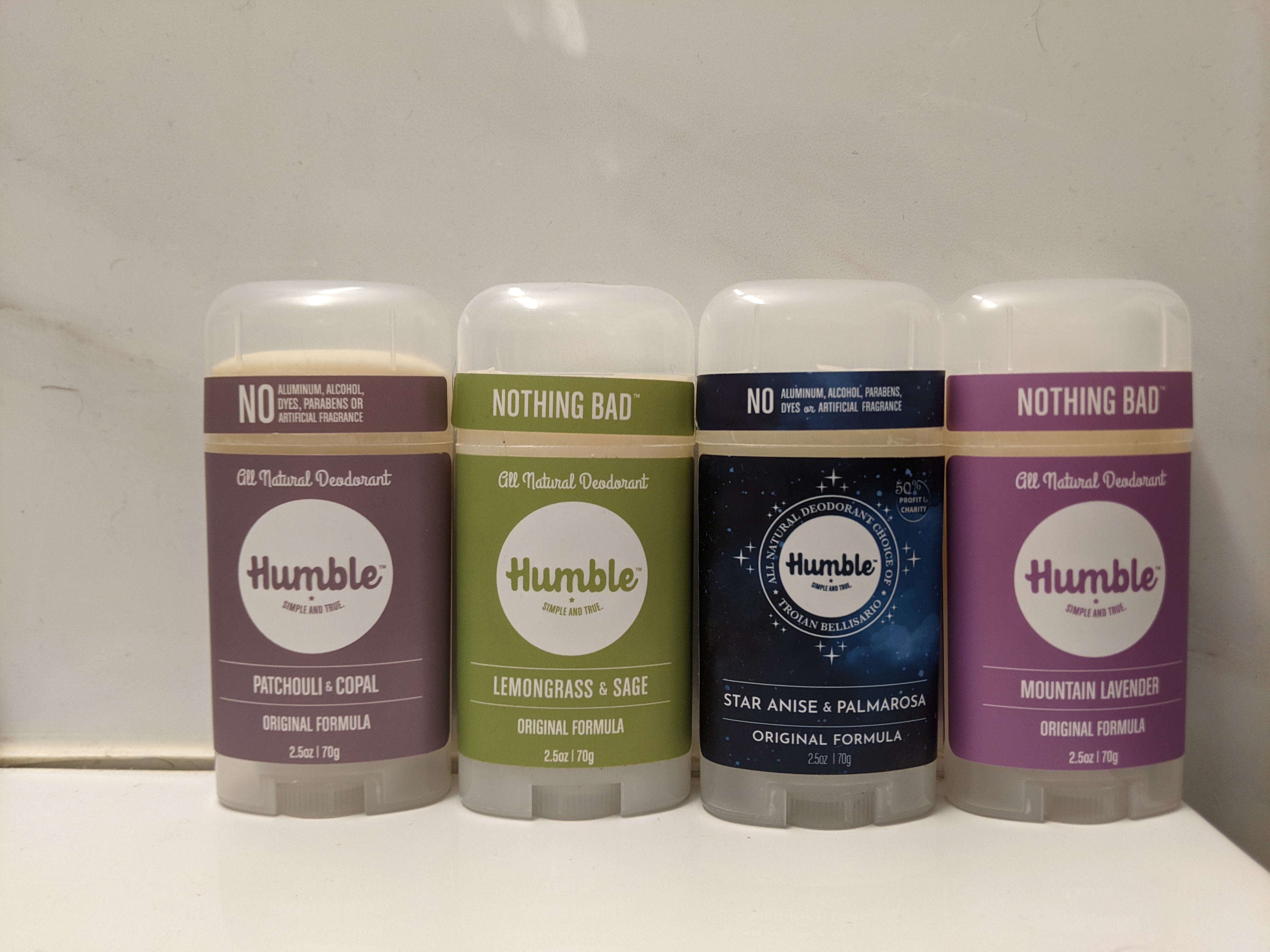 Each Humble deodorant uses natural oils and extracts for its fragrances. I primarily tested the Patchouli & Copal fragrance. It smells a little “feminine,” as do the other fragrances, but honestly, it didn’t bother me at all. In fact, after wearing the Patchouli & Copal for a few days, I really came to appreciate the fresh, light woodsy scent (as did my wife). 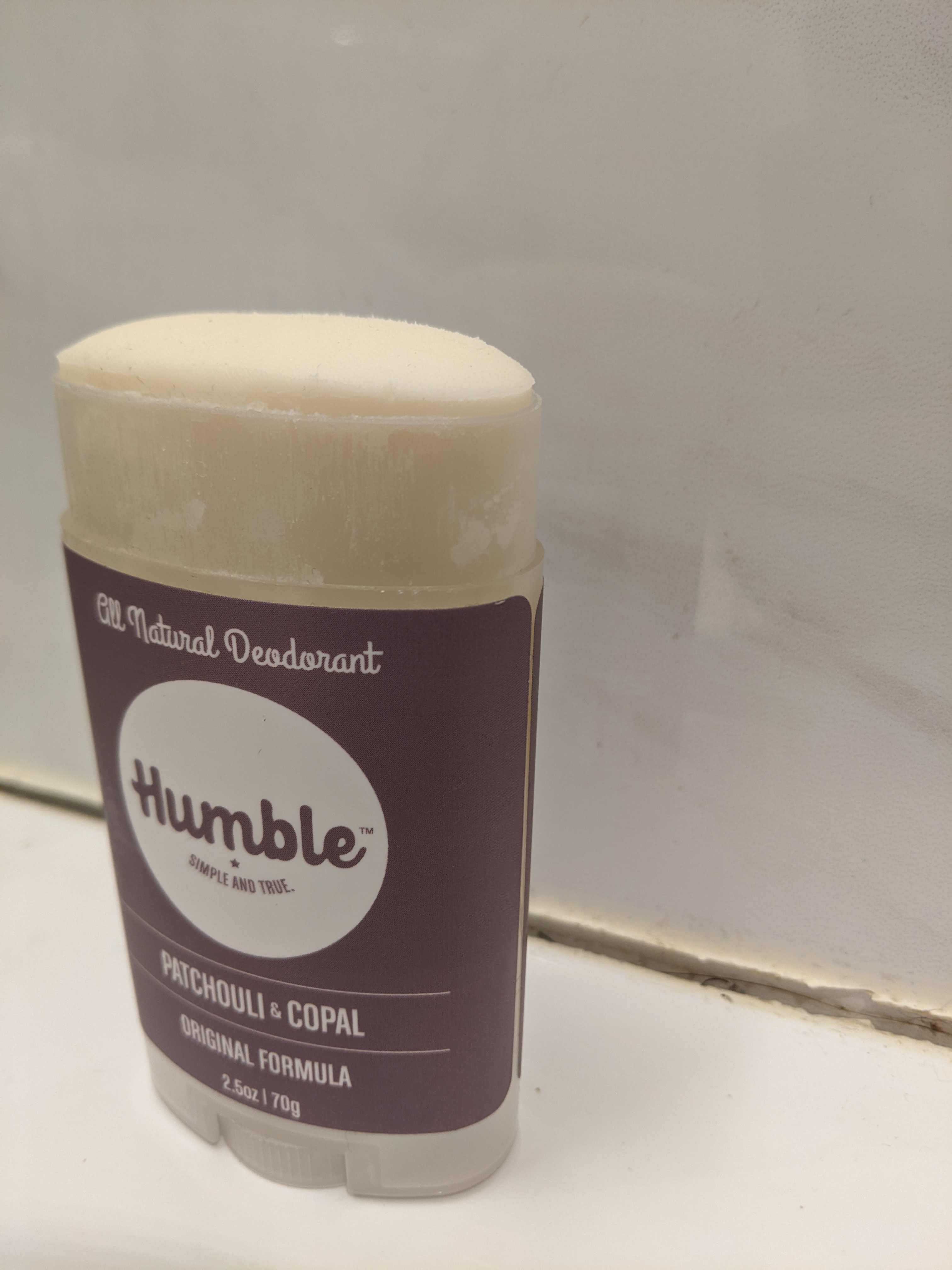 For testing, I made this my primary daily deodorant for two weeks. I also skipped a shower day on the first weekend and again on the other weekend to see how the deodorant held up in extended hours and to test the effectiveness of re-applying.

Here’s what I found:

Generally, if you’re shopping for a natural deodorant, you’re looking for a few qualities: A straight-forward formula, a more natural way of addressing sweat and body odor without blocking sweat glands as aluminum does, some respect for the environment ideally and, most importantly, effectiveness without leaving your skin feeling dry and irritated. Humble Deodorant delivers all of that.

Should You Buy Humble Deodorant?

Yes. The only notable con against this deodorant is its price. Though it’s hard to justify spending $10 on a single, small stick of deodorant when there are others that offer similar effectiveness for less money, Humble Deodorant checks all the right boxes for a natural deodorant, if you can afford it. Plus, the price is competitive with other natural deodorants, if not antiperspirants. 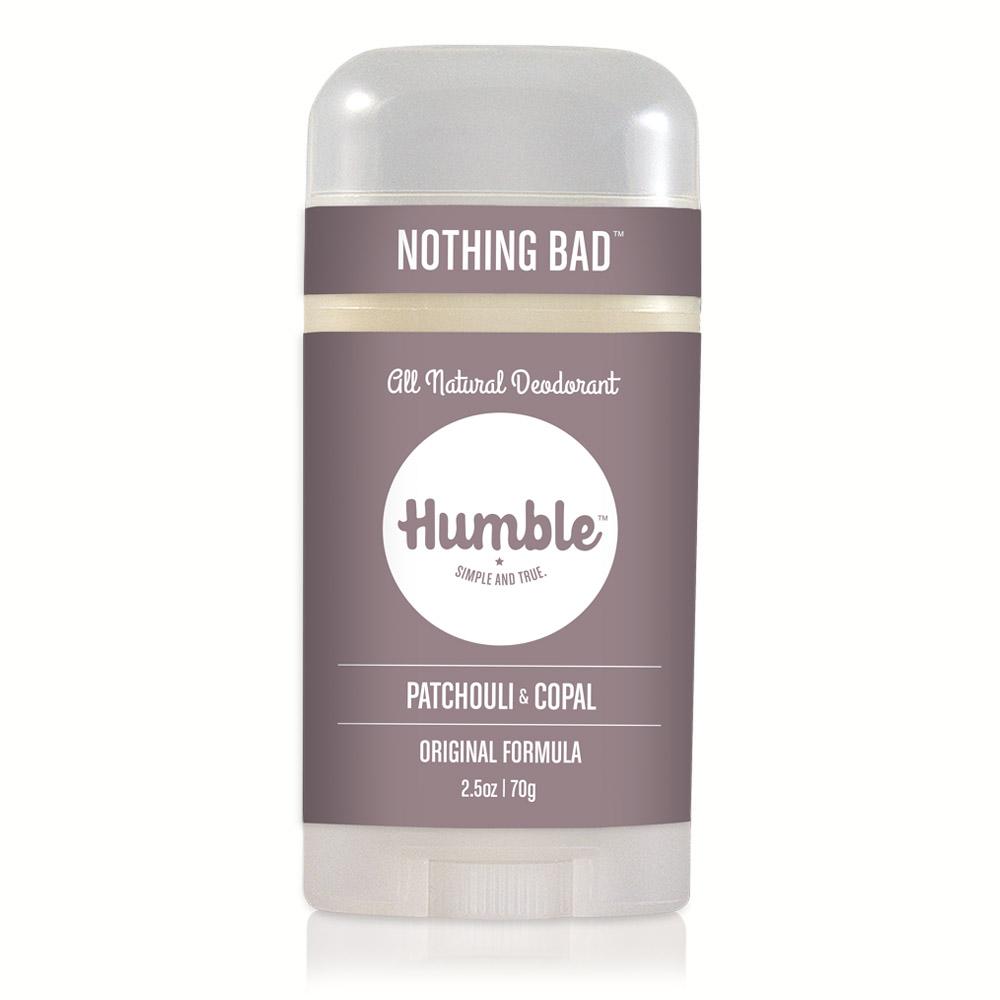 Native Deodorant is probably the most well-known natural deodorant. It relies on a combo of magnesium hydroxide, tapioca starch, baking soda and friendly bacteria to absorb moisture and fight odor-causing bacteria. At the same time, coconut oil and shea butter ensure the deodorant doesn’t strip out all the moisture in your skin. 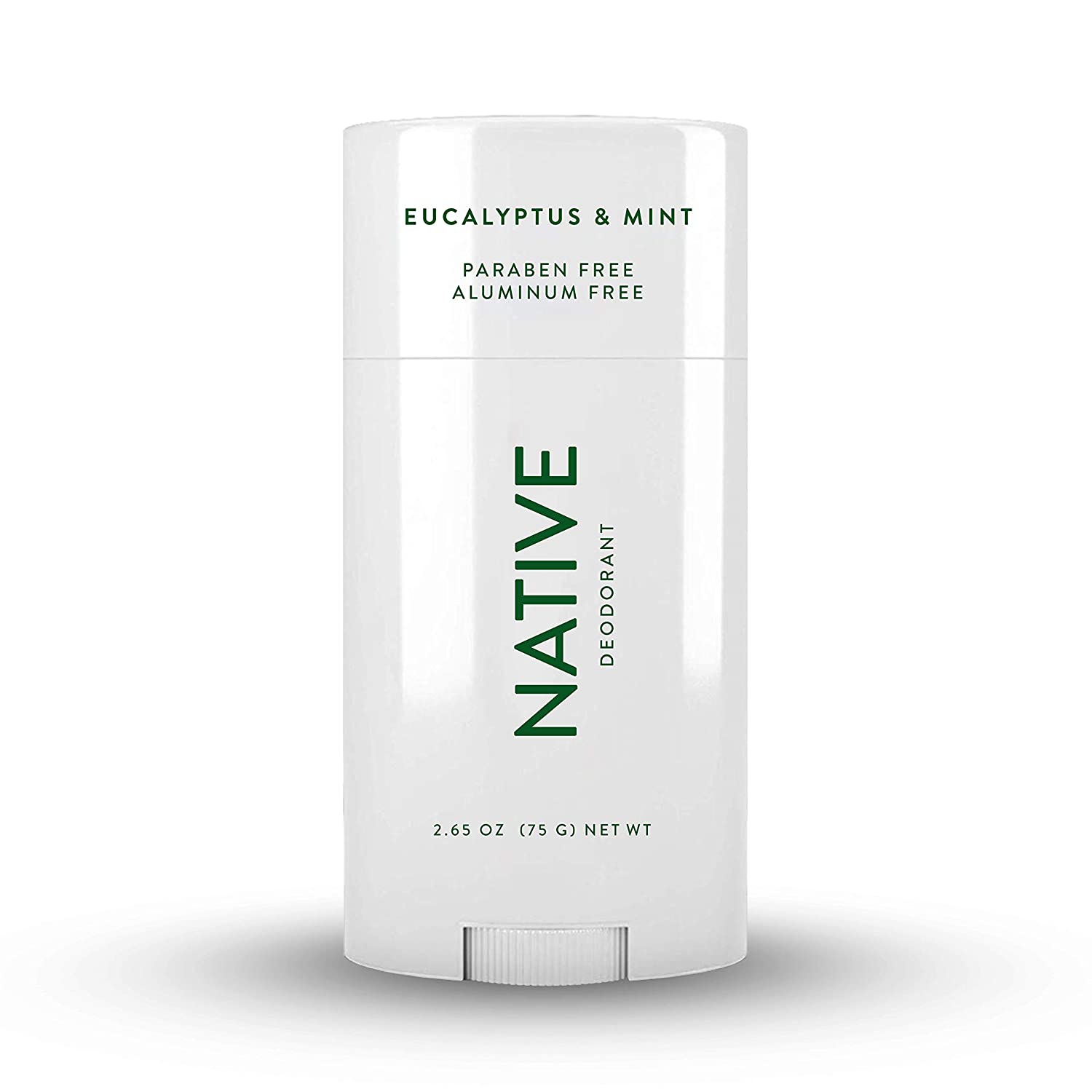 Probiotics, or friendly bacteria, are an increasingly popular method for fighting body odor. The Hume Supernatural Deodorant leans into that and adds aloe vera, desert-plant ingredients and diatomaceous earth to help absorb wetness, fight odor and keep your underarms feeling healthy and fresh. 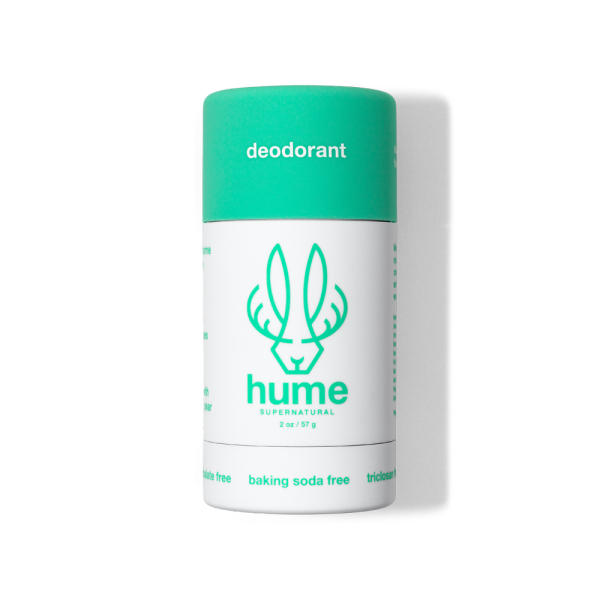 One of the best new grooming products of 2021, the Patricks ND1 Natural Deodorant is a premium natural deodorant if ever there was one. It’s wax-based for a smooth, if slightly sticky, application and the fragrance is like a fancy cologne, subtle with notes of bergamot, neroli, jasmine and musk. Other ingredients like Amazonian brown clay, coconut oil, Niodor, zinc and tapioca starch all play their part to reduce moisture and hydrate pits, too. It’s definitely expensive, but the deodorant is top-notch, non-irritating and even comes in a 100% recyclable vegan case. 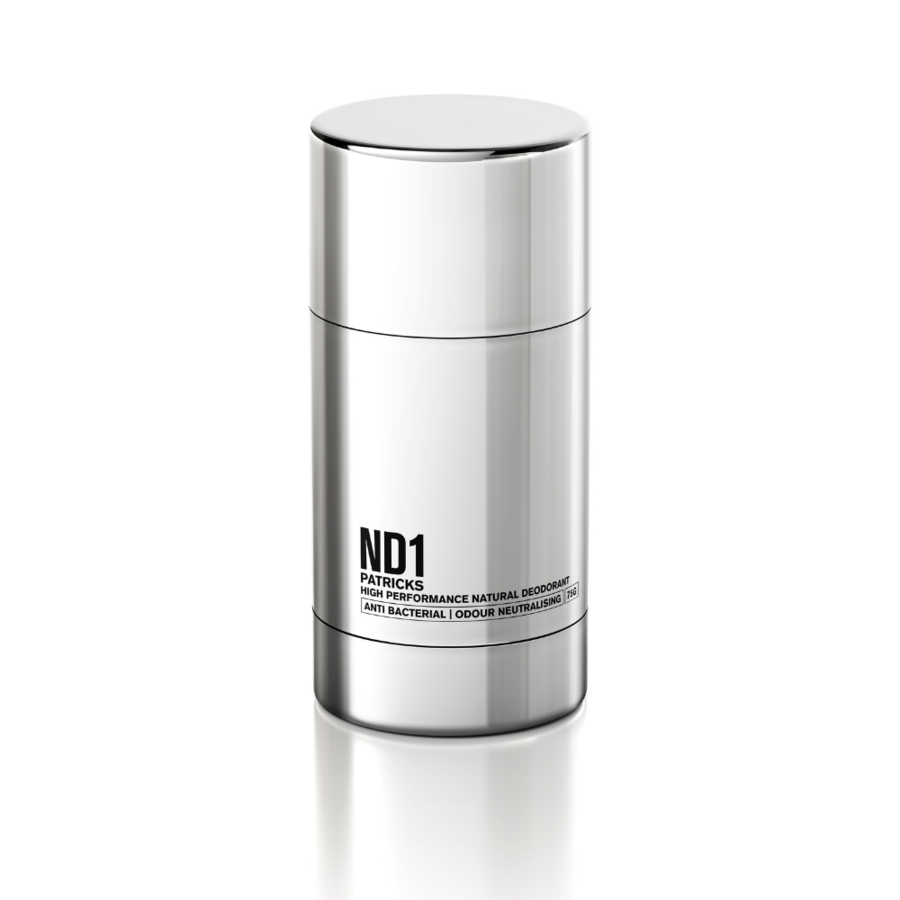