* One of the first at-home microdermabrasion devices on the market
* Works to suction off dead and dull skin cells
* Is it a gimmick or does it actually work?

Microdermabrasion has – until now – been an in-office skincare treatment that you’d have to go to a professional to have done. The benefits of the minimally-invasive procedure include improving fine lines, softening texture, fading sunspots and scars, and reducing the look of enlarged pores.

How Does The PMD Personal Microderm Work?

It works to slough away dead skin cells by sanding away at the outer, uneven layer of your skin to reveal a smoother more even surface. PMD’s Personal Microderm instrument is one of the first devices on the market to allow for this treatment to be performed at home. 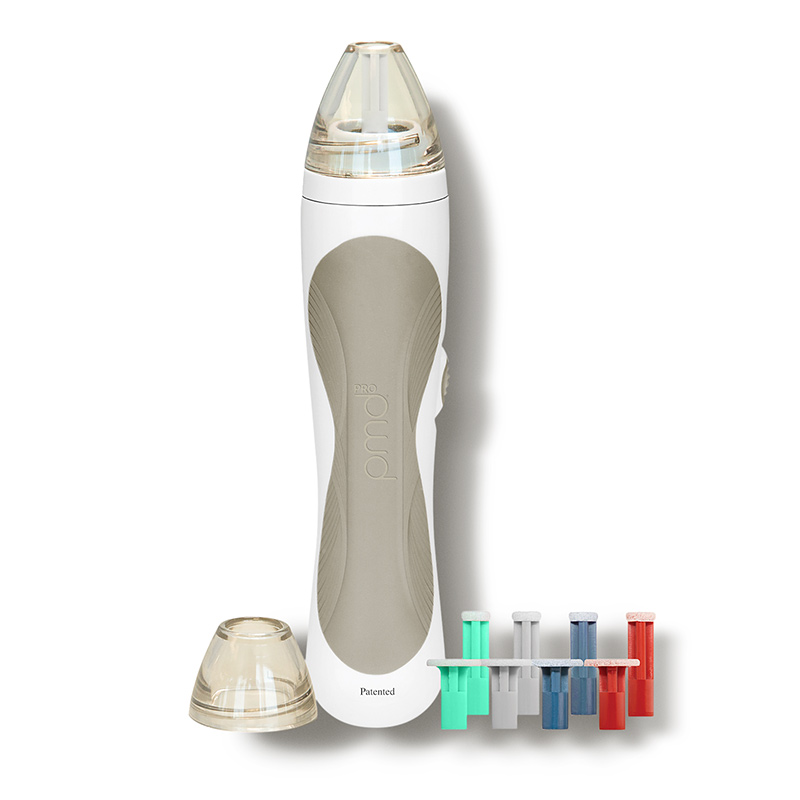 It gives you the instant gratification of softened skin and improved texture in just a couple uses, but isn’t as aggressive as most chemical peels that seek to achieve the same result. Unlike most exfoliating devices, this handheld device works to resurface your skin using vacuum-like motions, suctioning away dead skin cells.

As suggested by the manufacturer, I used the device on a weekly basis for 10 weeks. Initially, I was nervous to start the weekly “procedure,” as it can be irritating, and it’s suggested that you avoid using other harsher skincare products like retinoids during the 10 week period.

As someone super loyal to my nightly retinol regimen, I was a little hesitant, but I found that the suctioning motion – even at just once a week – offered a better resurfacing result (and with less skin sloughing and flaking) with my high-potency retinoid serums. It would take at least a 4-8 weeks to get the same level of exfoliation from your retinoid serum as you’d see after just a couple of weeks with PMD’s little device. 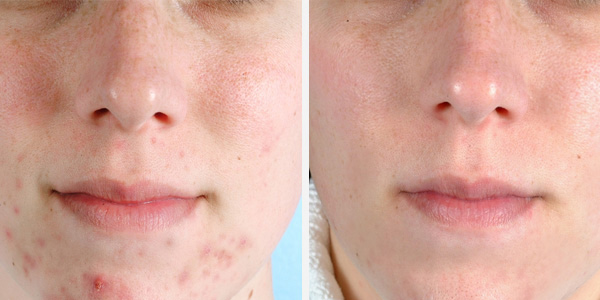 How Do You Use The PMD Personal Microderm?

To use the device, you have to work in sections of the face. To begin, you start by pulling back the skin on the desired area of face and placing the vacuum gently over the skin working in upward motions. You’ll feel it sucking ever so gentle away at your skin, which is further indicating by a light motor sound.

Some areas of the face like the nose and chin are difficult to work with, because there’s less skin to pull back. Other than that, the process is pretty fool-proof. And no, it really doesn’t hurt, I promise.

The MicroDerm works it magic gradually, using interchangeable discs that range in size to accommodate different levels in the process, as well as different areas (you can use the larger ones for the body). Each week, you use a slightly larger sized disk than the week prior, with more exfoliation pay off each consecutive week.

Does The PMD Personal Microderm Work?

The first time I used the device, I noticed my skin felt so much softer and my pores looked slightly smaller. As an added – albeit off label – bonus, much of my pesky facial peach fuzz was also removed after just one time using it.

I didn’t notice any long-term side effects that were unexpected. In the fourth and fifth week, I experience much more redness and tightness after using the device than the weeks before, but this faded after about a half an hour or so.

After 10 weeks, I do notice an improvement in my skin’s texture and the look of my pores. My skin also looks more contoured and even overall. For just over $150, I’d say this device is a decent investment for those who believe in the magic of exfoliation. It’s not an everyday solution, but it packs a punch for how little commitment it requires, and the results give you more instant gratification than having to wait the dread 4-12 weeks trial period of traditional anti-aging products.