Increasingly, the stuff you find in your pantry and fridge is finding its way into skincare products. Whether it’s brown sugar, avocado or coffee, the ingredients in the average small-batch face scrub look more like the menu at a brunch place. One unusual ingredient that’s become increasingly popular in soaps is beer.

Skincare companies aren’t just brewing beers into bar soap instead of bottles for the sake of novelty, though. Beer contains vitamins, minerals and antioxidants that can provide health and skin benefits. Of course, if you knock back six beers, those benefits can be quickly offset by the carbs and alcohol, which are notorious for causing breakouts and dry skin. That’s why putting beer in your bar soap can potentially be a way to get your skin buzzed without getting your head spinning.

Even if you love beer, you might be wary of smelling like it, especially if you’re chatting with your boss at the water cooler at 9 am. But the best beer bar soaps aren’t going to smell like a dive bar on a typical Tuesday night — rather, woodsy and herbal scents will shine through, while leaving just a hint of that malted goodness. These are some of the best beer bar soaps to try out. For best results, lather and rinse between sips of your shower beer.

This 5 oz bar from Dr. Squatch is made from Grapefruit IPA, balancing the earthy scent with a subtle sweetness for a crisp and fresh fragrance. The bar is free of harsh chemicals and produced using the cold press method, a more traditional method favored by small-batch soap makers. 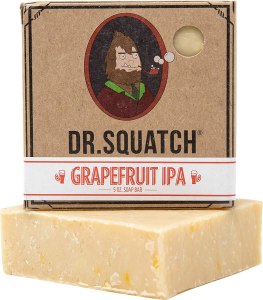 This option from Craftsman Soap Co. makes for a great gift set. It comes in a set of six, totaling 8 ounces, making it a great way to sample a few different scents to find the ones you like. The soaps are made with a blend of ingredients like beer, coconut oil, shea butter and essential oils. Scents include Coastal Sage Lager, Eucalyptus Brown and Hops and Barley Scrub. 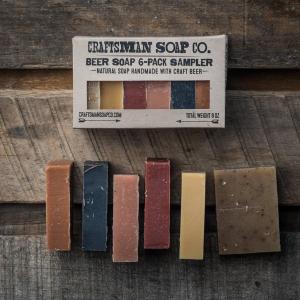 Not only does Duke Cannon make good products, but they support good causes — a portion of their proceeds goes to support veterans. This bar soap is made with Old Milwaukee American Lager, but the scent is described as “woodsy.” It may seem expensive, but each bar is 10 oz — by comparison, each bar of Irish Spring is about 3 oz. 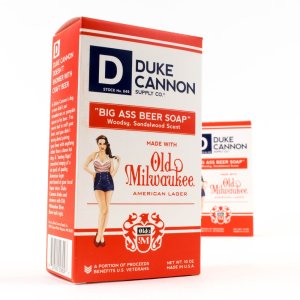 Many of the soaps on this list are made with American beer, but if you prefer your brews Irish, you might also like this Guinness beer soap. Each soap has a brown color with a white layer on top, giving it the distinct look of a mug of beer. It’s made from real Guinness bear, in addition to coconut, shea and cocoa oils. 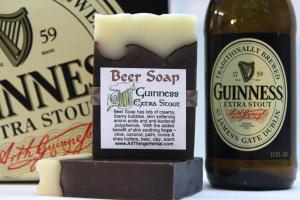 This option is, fittingly, a six-pack of beer soap. Each one has a different scent, so it’s like enjoying a flight at a local brewery. They include oatmeal stout, honey pilsner, hoppy IPA and several other scents. Each bar is 4 oz. The soap is designed to be versatile — it can be used as a body bar, for hair or as a shaving bar. The puck shape is easier to grip than a bar as well. 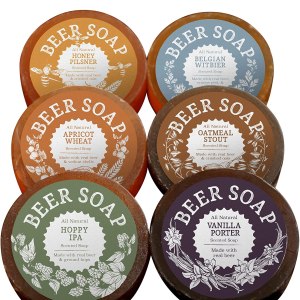 If you like your buzz boozy and caffeinated, your skin might like this beer soap that’s brewed with a coffee stout. This vegan soap is made with natural oils and home-brewed beer, and it’s free of environmentally damaging palm oils. 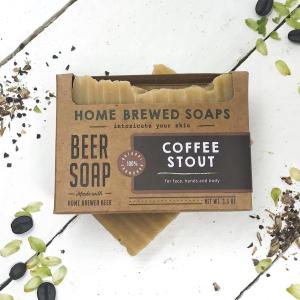 This option from Swag Brewery is inspired by the hoppy flavors of IPA, and is described as spicy, herbal and grassy. It’s made in the US using real beer, and the bar is phthalate-free and cruelty-free. Each bar is 5 oz. 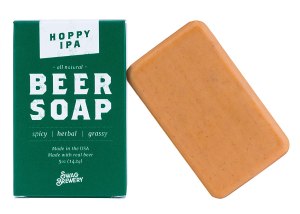 This beer soap comes in a pack of six, each of which is made with unique beers like Guinness, Dos Equis and Blue Moon. In addition to the five beer options, there’s also a Kentucky bourbon bar that’s included. The made-in-America soaps have a ridged texture for easy gripping and a deeper clean. 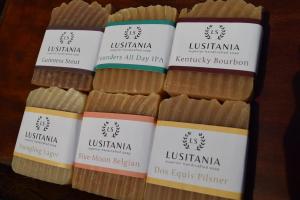 This buds for you — or your grooming routine, rather. Duke Cannon makes bar soaps with a range of booze brands, including Old Milwaukee and even Buffalo Trace. This bar is made with Budweiser and is described as having a “warm, cedarwood” scent. The large 10 oz bar is designed to last a long time. 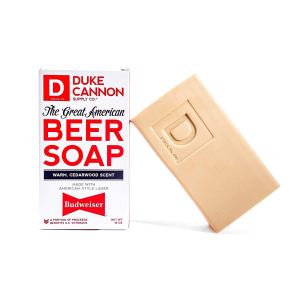 The Best Gifts for Beer Lovers (Besides Beer)