Brad Pitt may claim his days left in Hollywood are numbered, but that is not preventing him from lending his expertise outside of film. The man of many hats — and no, not the infamous SSAM bucket hat he rocked in Bullet Train — Pitt has certainly found himself adding more talents to his impressive resume. Most recently, he joined the already-congested market of celebrity-beauty brands. Yes, the multi-hyphenate has released a genderless skincare line, Le Domaine.

Co-founded with the Perrin family, organic wine growers with whom he shares an alcohol brand, the all-inclusive line consists of four grooming products, including cleansing emulsion, cream, fluid cream and serum. Pitt enlisted his partners to rule out which of the thirteen grape varieties cultivated on their Provence estates would afford the most important antioxidant properties.

“I know there are new products nearly every day that people are trying to launch, but if I hadn’t seen a real difference visually in my skin, we wouldn’t have bothered,” Pitt told Vogue. “I get sent stuff all the time and…ugh. It’s just all the same for me. But this last year we have been testing Le Domaine, and I was really surprised by the results, and that for me, made it worth going forward.”

Although Pitt is getting older and edging closer to retirement, the movie star’s perspective on the concept of ‘anti-aging’ is what inspired him to break into the beauty industry. “Something we discussed [in founding Le Domaine] was this headline of ‘anti-aging,’” he said. “It’s ridiculous. It’s a fairy tale. But what is real is treating your skin in a healthy manner. And it’s something I’ve learned to do for my business.” 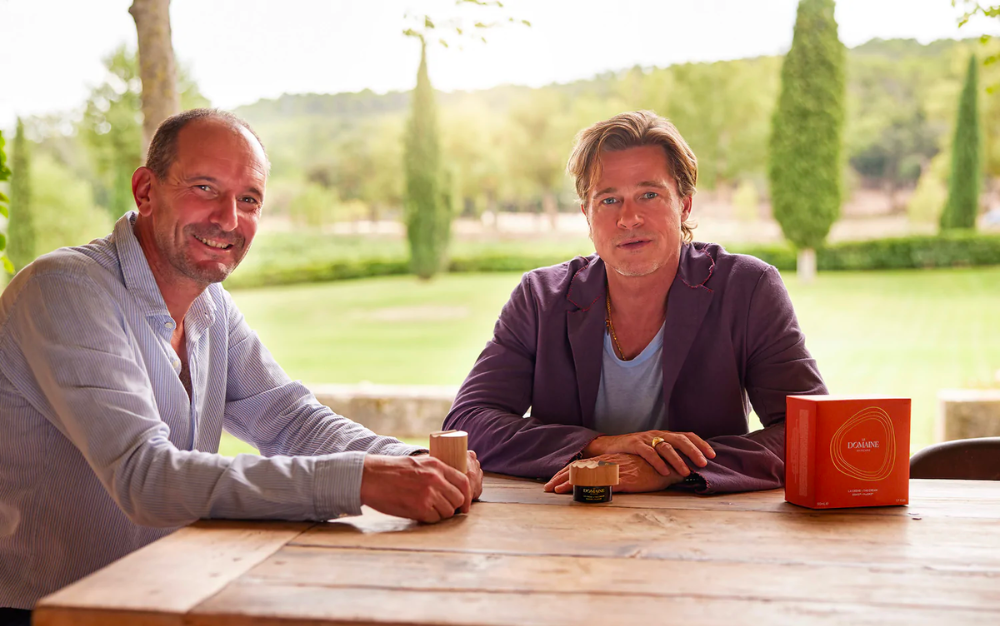 In efforts to slow down the aging process, Le Domaine’s offerings incorporate two exclusive, patented active ingredients — GSM10 and ProGR3. In addition to the science behind the brand, a major aspect of the venture focuses on “green beauty.” Consumers will have access to refillable bottles, upcycled packaging materials, and formulas that are between 96% and 99% of natural origin.

Le Domaine skincare, ranging from $80 to $385, is available to purchase now.