Caldera + Lab, the science-backed, nutrient-dense men’s skincare brand that wowed us earlier this year with their luxurious The Good serum, has recently released a complete skincare regimen for the grooming-obsessed. They’ve got their nutrient-dense skin serum as well as the brand new Clean Slate cleanser and Base Layer moisturizer. All three products have higher-than-average price points to go along with their highly-curated, wild-harvest ingredients lists that are packed with nourishing skincare ingredients like plant stem cells, Frankincense, plant extracts, wild algae and jojoba oil. We’ve gotten a chance to review all three products, and if you’re curious about our other reviews of the serum and cleanser they’re available elsewhere on Spy, this review is going to focus on The Base Layer, their take on a moisturizer.

The Base Layer moisturizer is made to provide your skin with a 360-degree defense system against anything and everything it might encounter in a day — from environmental stress to pollution to blue light radiation from screens. It contains plant stem cells, botanical ingredients and soothing adaptogenic actives to help your skin adjust to changing levels of sunlight, wind and other surroundings. It’s also formulated to be deeply hydrating and absorb quickly, so you get a matte finish to start your day with. 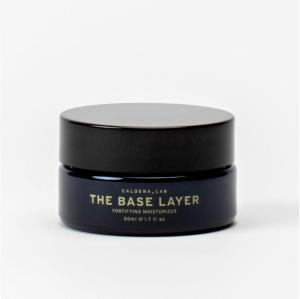 Myself and Spy’s Site Director, Tim Werth, were given samples of The Base Layer to try, and both of us enjoyed its thick, hydrating formula. I don’t have very dry skin to begin with, so I only used a light layer of the moisturizer every time and it still felt dense. It definitely sits heavy on the skin, and doesn’t absorb as quickly as other products I’ve used. However, it will definitely give your skin the moisture it needs and doesn’t feel like you’re applying a bunch of gunk to your face, but rather a truly nutrient-packed lotion.

Werth said “I’ve been using the Base Layer for a few weeks now, and my skin definitely feels soft and moisturized. The Base Layer has a unique fragrance that I would describe as earthy, maybe a bit metallic? It doesn’t smell like your standard moisturizer – and that’s a good thing.”

The fragrance almost smells like a product that was designed to not have a fragrance, and that’s a good thing. The last thing you need when applying a thick moisturizer is a thick layer of synthetic rose, aloe or tea tree oil to go with it. No thank you, thankfully the folks at Caldera + Lab have avoided this fate.

“The Base Layer arrives in a generously sized tin, and I’ve found that a little goes a long way,” said Werth.

This is another point of his I agree with. The tin might look small when you first receive it, but since the product is so thick you don’t need a lot of it with each use, so it’ll last you a while. 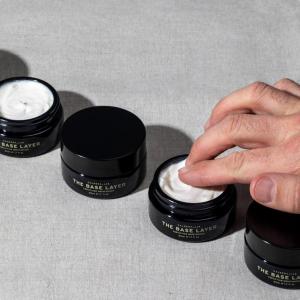 The Base Layer, like their other products, also comes in eco-friendly packaging that compliments the designs of the other products. It’s a simple, sleek tin with the name on the front and minimal text. The cap is easy to twist on the off, and you have a large surface on top with which to dab a little moisturizer on your finger for use. It’s convenient and feels high-quality.

Again, the price tag is higher than most will want to spend, especially for a relatively small package of moisturizer. The formula will last you a while, but still, over $50 for moisturizer is expensive, and so this product also falls into the “luxury” category when it comes to skincare.

I also wouldn’t recommend this product for anyone with greasy or oily skin, since it is a thicker moisturizer that doesn’t absorb as fast as other ones I’ve used. The lack of fragrance and quality ingredients, though, do make it a great choice for those with sensitive skin.