Summer is officially here. Now that the weather’s heating up and the sun is beaming more frequently than not, people across the country are flocking to the beach to get themselves a well-deserved, sun-kissed tan.

Whether you’re the type who can lay hours upon hours listening to the waves crash or you’re only spending a couple of minutes soaking up the sun, getting your skin to that golden crisp is something a lot of us look forward to as the summer months come around. But, before you lather on the best tanning oil, we’ve got a question for you: do you have any tattoos? 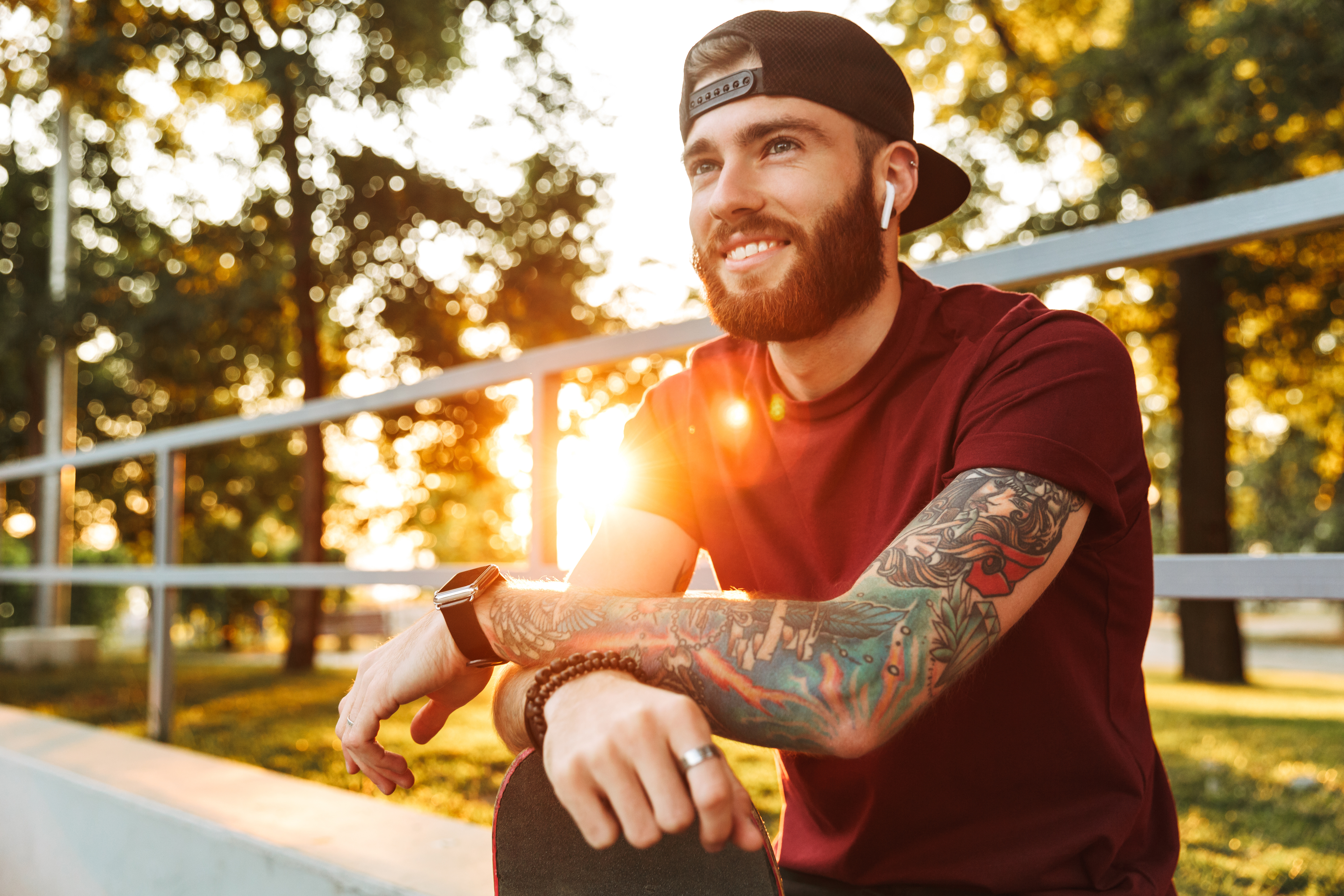 As per a study done by Ispos in 2019, it’s said that around 30% of Americans have a tattoo regardless of age. Now that it’s 2021, that statistic has likely increased in the past couple of years. Think about it: how many friends can you think of off the top of your head with at least one tattoo? Likely more than those who don’t have any. Tattoos have become a modern staple to society, so as we head out in the sun this summer, we wonder — how does tanning affect tattoos?

Sure, tattoos are known to fade over time whether the sun hits them or not. Although these babies are permanent, fading simply occurs. But, is tanning in the sun something deemed overtly bad for all of the expensive artwork covering your body? Is it something that will ruin your ink entirely? Should people with tattoos stay away from tanning altogether? 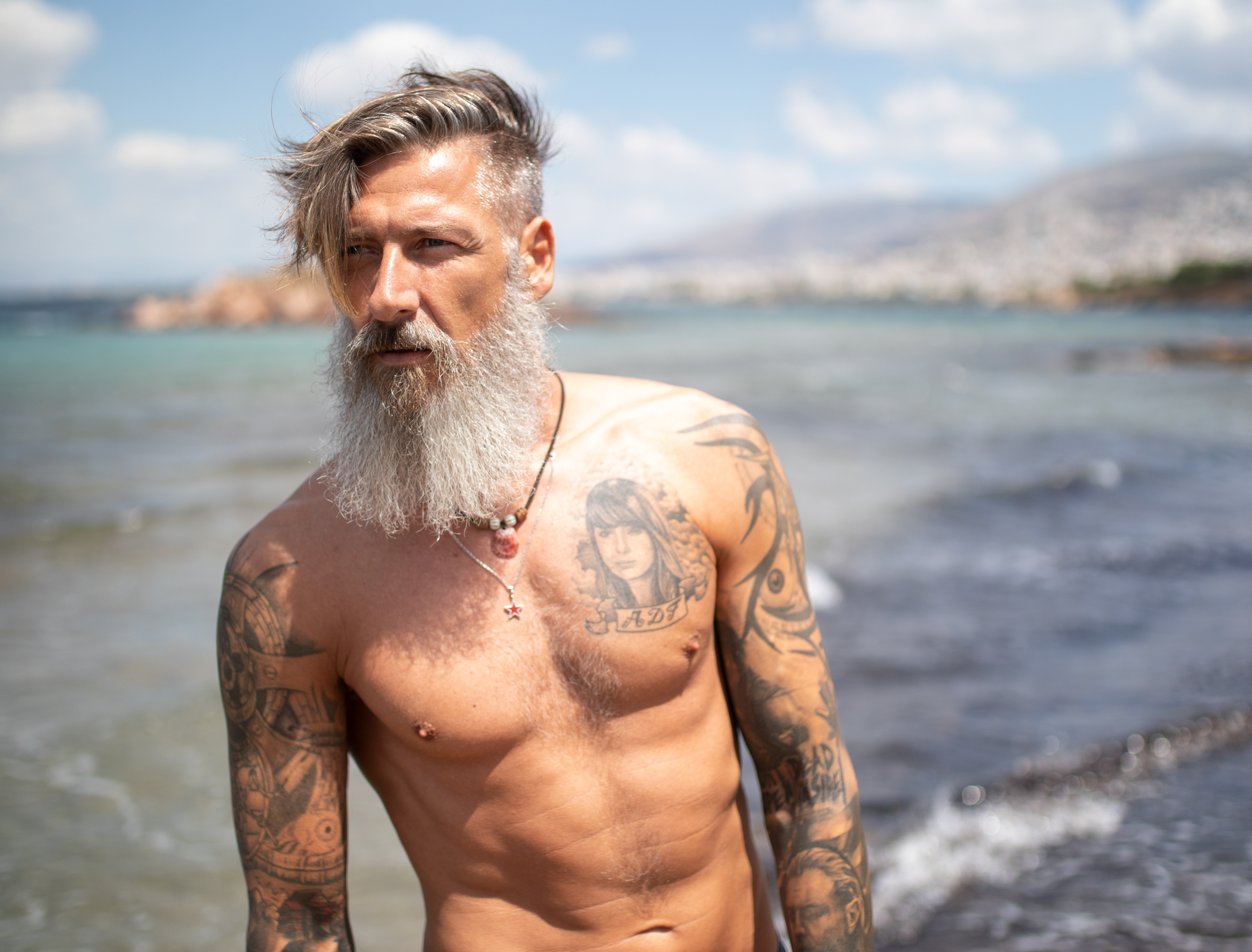 “Since tattoos don’t tan, it’s not recommended for sun worshipers,” says Christopher Drummond, Master Cosmetic Tattoo Artist at PFRANKMD by Dr. Paul Jarrod Frank, when asking if the sun has any ill-effect toward tattoos.

But, does that mean sun lovers need to stay out of the sun altogether if they’ve got a couple of tattoos? “Theoretically, sun and tattoos don’t mix, however, it’s not the end of the world,” says Drummond, “they will just lose color faster.”

Ultimately, this doesn’t necessarily mean you have to stop tanning completely, but you should take note that in obtaining that summer glow, you’re going to be putting those tats at risk of fading more quickly.

If you’re heading out to lay in the sun with a sleeve full of tattoos, Dr. Ailynne Marie Vergara-Wijangco, Clinical Dermatologist and researcher with ThankYourskin.com says, “Cover the entire tattooed area with the highest SPF sunblock available. You can apply it with a cotton swab to completely cover the outline of the tattoo, instead of leaving a border around it. You can also cover it with a piece of fabric that matches the size and shape of your tattoo, as to block as much UV as possible. Re-apply sunblock often if you’re going to spend a lot of time outside.”

We suggest considering Tattoo Care Sunscreen, one of the most popular sunscreens for tattoos. 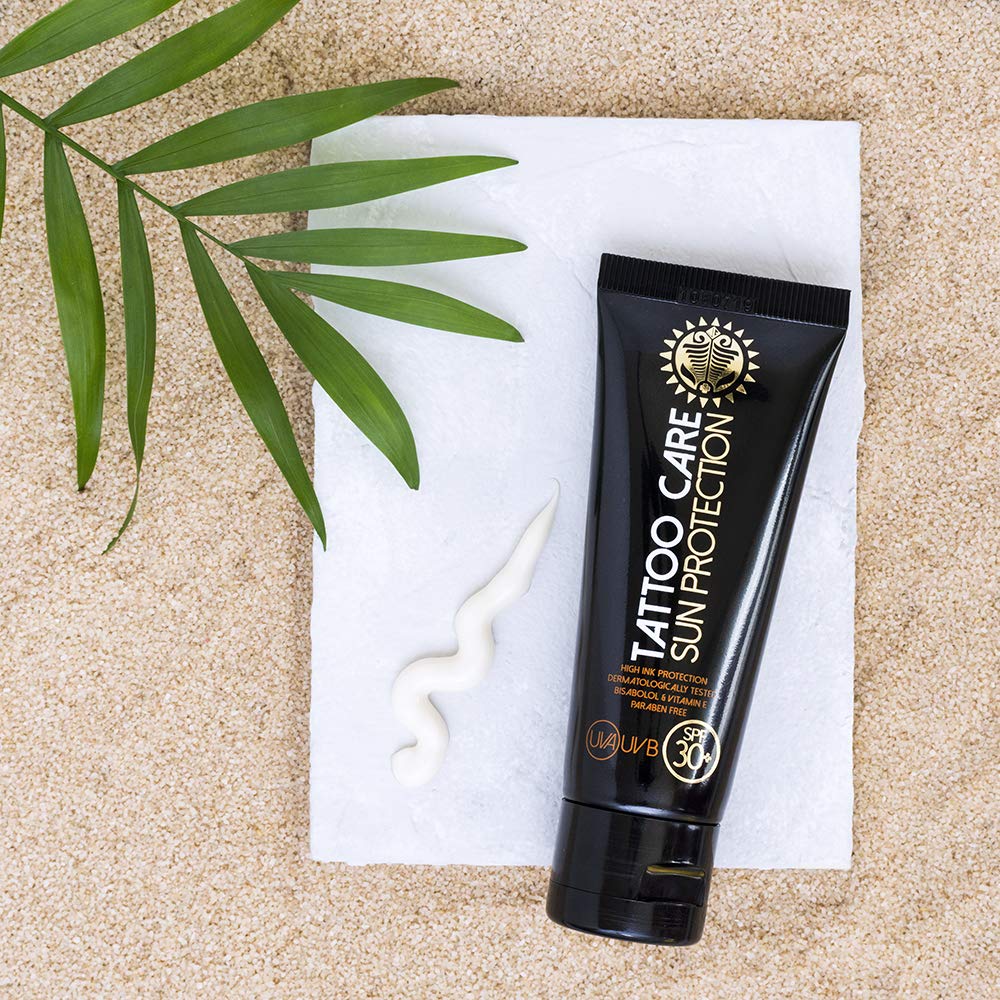 As always, multiple sources will always have different opinions though. When asking BIPOC Dermatologist Peterson Pierre MD of the Pierre Skin Care Institute regarding whether or not it is safe to tan with tattoos, he explained,

“There is no such thing as a safe tan. A tan is your skin’s only defense mechanism against the ultraviolet RADIATION that it’s being subjected to. Will tanning ruin your tattoos over time? No, but it will most certainly ruin your skin.”

So, can you tan with tattoos? Yes and no.

If you’re a fiend for a good sunbathe, take note that your tattoos will begin to fade over time. It’s something that comes with the art initially, but the sun will only speed up the process. If you’re content with having your ink touched up in the future, some time in the sun won’t ruin your entire life. Just use extra sunscreen on your tattoos and be sure not to risk exposure for too long, because not only will your tattoos fading be the issue, but other skin-related ailments as well.