The annual New York International Auto Show has often been a weathervane for forecasting the auto industry’s upcoming trends, and 2017 has proven no exception. The major vehicle trends showcased at this year’s event were horsepower, electricity, autonomy and a spike in SUV model debuts.

This year’s NY Auto Show reveals confirmed some fiery rumors and raised a number of tire-smoking questions as well. Here are seven of the most show-stealing unveilings.

It began as a rumor based on some Dodge Challenger development mules spotted with peculiarly wide (and we mean, cartoonishly wide) tires, but the New York Auto show introduced the 2018 Dodge Challenger Demon, confirming that the prototype will be Dodge’s latest model. Apparently, the 707-horsepower Challenger SRT Hellcat was just too tame. The Demon is another record-breaking muscle car, equipped with all-wheel drive, 840-horsepower and, an alleged sub-10 second quarter mile time. Needless to say, the Demon would become America’s quickest production car ever made, beating out Tesla’s Model S P100D, who currently holds the title. 840 horsepower is enough to make the car do a wheelie, but whether it’s enough to turn back the clock during a midlife crisis, is still unclear. Dodge has promised it will have an MSRP of under $100,000. 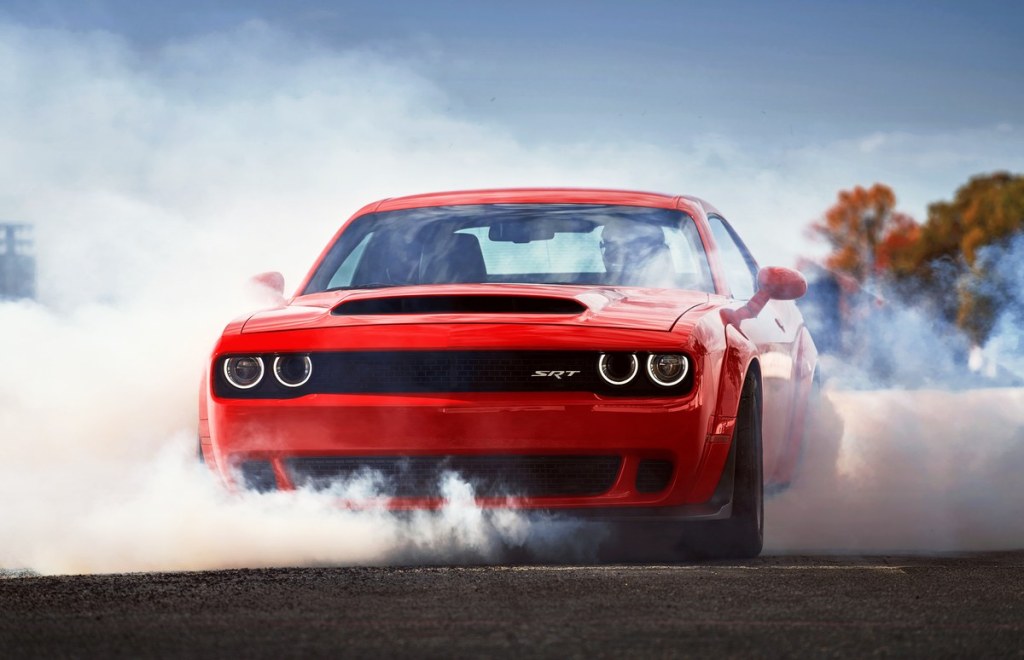 The next big reveal out of New York also comes courtesy of Fiat-Chrysler, with its debut of the Jeep Grand Cherokee Trackhawk. This seemingly production-ready SUV was introduced on a showy “rolling road” dynamometer rather than a regular dais. Powered by the Hellcat’s 707-horse supercharged V8, the Trackhawk is a full-sized SUV that’s said to go from 0-60 in 3.5 seconds.

SUVs were definitely one of the major recurring themes at the 2017 New York Auto Show, proving that the 1990s are back in fashion for both apparel and cars. The automobile industry’s trends mimic fashion after all, and even if they’re writ large in steel and rubber rather than fabric, auto trends follow the same 20-25 year cycle as fashion. The 90s are back, and in car terms, that means lots of high-horsepower muscle cars and SUVs, with a few odd futuristic hybrids and “lifestyle” crossovers–remember the first Toyota RAV4 or the oddball Isuzu Vehicross? Either way, Jeep’s Grand Cherokee Trackhawk offers a fresh take on the popular 90s SUV. 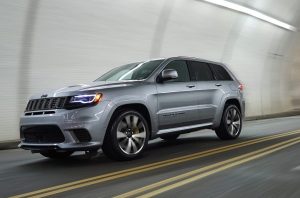 The redesigned 2018 Lincoln Navigator borrows some styling cues from the elegant and successful Lincoln Continental flagship sedan, but really impresses with its ultra-lux interior trimmings. The 2018 update marks the first time in a decade that the popular model has been redesigned, and the upgraded amenities it has to offer certainly don’t disappoint. The seats offer high-tech heating and cooling mechanisms and it features a 30-way power adjustment. And for rear passengers, the twin video screens along with built in 4G WiFi will surely upgrade the trip to soccer practice or your next red carpet event. 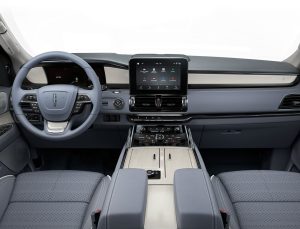 The Subaru Ascent was introduced as a concept, but several cues show it to be nearly-production ready. A new three-row luxury SUV, the Ascent is aimed at helping Subaru climb upmarket, where it will compete with the Volvo XC90 and Acura MDX. This spacious SUV should benefit from Subaru’s reputation for building rugged, safe and durable vehicles. While its previous offering in the three-row SUV market had mediocre sales, the brand now benefits from more attention being paid to aesthetic design for their vehicles, and the Ascent signals this transition in branding from practical to luxurious. The Ascent should have an easier time taking over the high road.

The Auto Show was also the host of the world premiere of the Mercedes-AMG GLC 63 4Matic. It may have a staid, alpha-numeric German car name, unlike robustly-titled models “Trackhawk” or “Demon,” but Daimler-Benz’s new SUV is a real fire-breather, with up to 510 horsepower from its twin-turbocharged 4.0-liter V8. A permanent all-wheel drive system and trick 9-speed sequential transmission give it some serious performance cred as well. If the only road to your kids’ soccer practice happens to be Willow Springs Raceway, this is the car for you. Ride of the Valkyries may not automatically start playing when you drive off in the GLC 63 4MATIC, but enterprising owners can definitely fix this using any Bluetooth-enabled phone. The sound system, like the Napa leather and seat offering heat and cooling mechanisms, will surely leave you impressed. 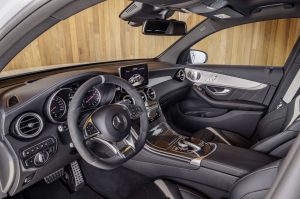 One of the Japanese giant’s signature youth-focused boxes, the new Toyota FT-4X is a concept crossover designed for “casualcore” outings.  The funky FT-4X boasts a number of interesting features, including dome lights that convert into flashlights. It also points to a possible shift in styling direction for future Toyota designs. Its blocky grille and fender flares are reminiscent of the Toyota FJ Cruiser from the mid-00s. This specialty SUV sold in small numbers just after its initial release, but proved so popular on the used market, that low-mileage examples now sell for close to their original MSRP. 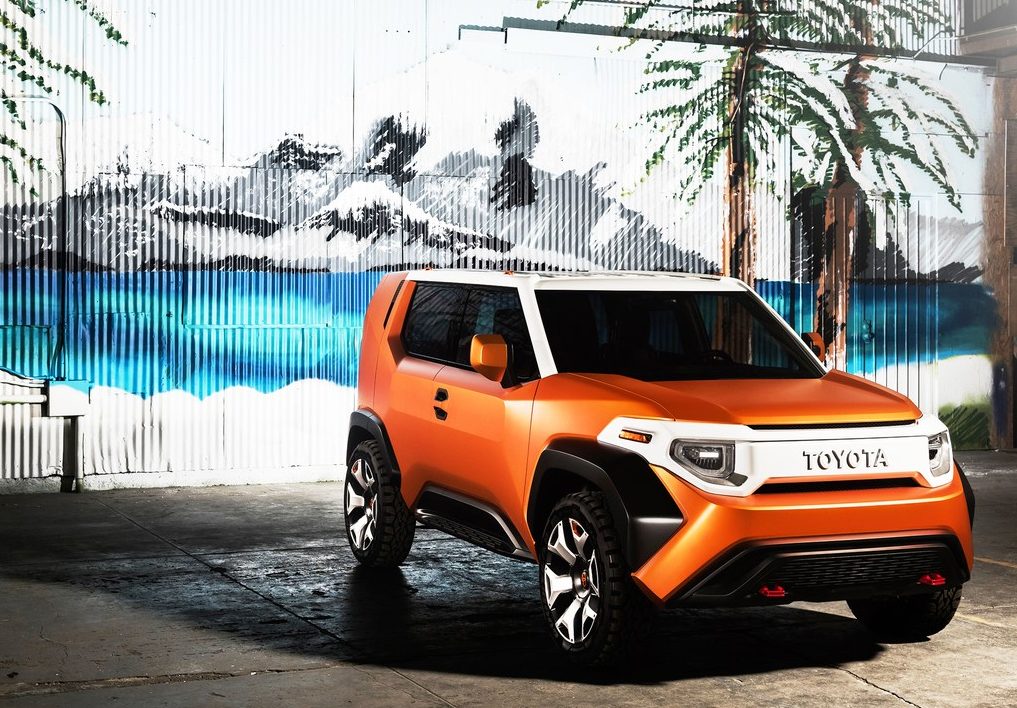 Perhaps the biggest news released at the New York Auto Show this year, was the official reveal of the long-awaited Lucid Motors debut vehicle, the Lucid Air electric car. The new company aims to compete with Tesla and sell their luxury electric sedans globally. While still a few years away from showrooms, two prototypes were revealed at the Auto Show. The Air Alpha Speed Car, used for high speed and track testing, has hit 217 miles per hour with a 1000-horsepower electric motor. The Lucid Air sedan has a claimed battery range of over 300 miles as well. Keep your eyes peeled; Lucid Motors just might be the new Tesla in the near future. 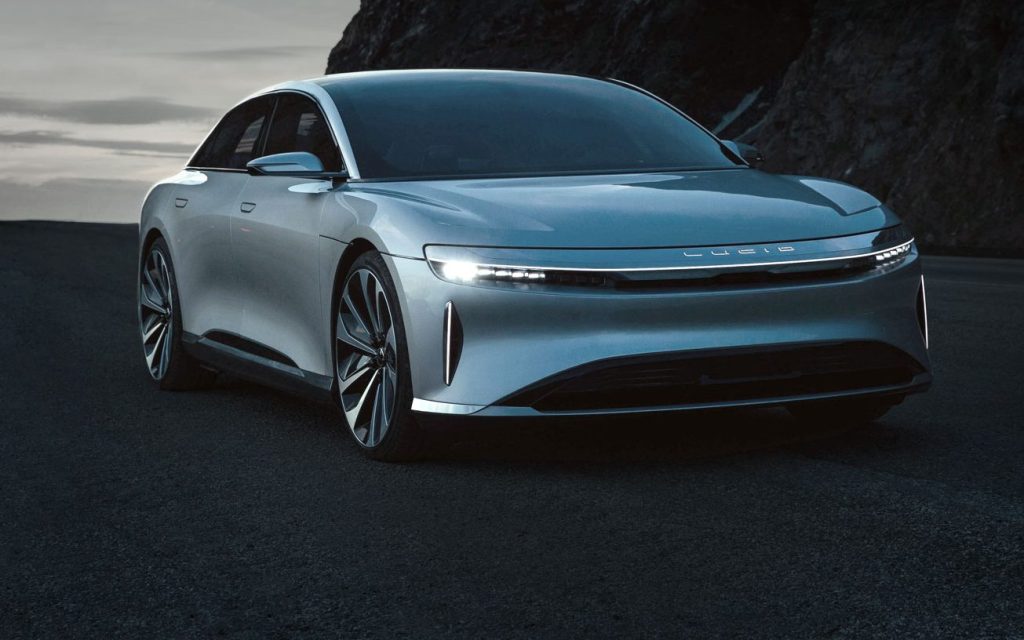