There are a few driving scenarios in which one person almost always takes the blame. For example, if someone is rear-ended, the car behind will typically be the one held accountable. Those situations aren’t always cut and dry, however. Sometimes a driver will cut off another and get rear-ended as a result. The driver behind may end up being held responsible, even though the other driver was at fault.

Accidents often come down to he said/she said impasses. You may be a safe driver, but there are a lot of unsafe drivers out there who may put you at risk. Short of reliable witnesses, there is rarely a way to prove your innocence in a situation involving an unsafe driver. Except for, of course, if you own a dashboard camera. The nature of accidents is that they are unexpected — that’s why you need a WiFi-connected dashcam that can be counted on in the most difficult situations, including low-light and extreme weather conditions. These best smart dashcams are up to the task. They include smart dashcams with WiFi and app compatibility and no-nonsense options that you can forget about until you need them.

Boasting a 4K camera and strong night vision technology, the Rove R2 camera will ensure that any footage you capture will actually be useful in an insurance claim or police report. Plus, a GPS sensor tracks your location and speed, and you can easily view all necessary information through Rove’s app. That way, should an incident occur, you’ll be equipped with as much information as necessary.

Pros: Has an automatic sensor that gets activated in the event of an incident while you’re parked. Built-in GPS. 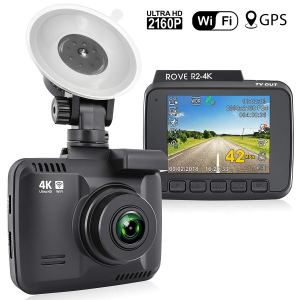 Aukey’s dashcam has a wide-angle lens, allowing you to capture as much of the road as possible. The memory card automatically overwrites old footage so the camera won’t run out of space. A gravity sensor triggers an automatic save feature in the event of unexpected or unusual movement; this prevents any footage from a traffic incident or collision from being overwritten.

Pros: Discreet and compact body attaches to the back of the rearview mirror, keeping it out of your line of sight. Connects through cigarette port, eliminating concerns about battery life.

Cons: Even though it has a sensor to capture incidents while parked, it would still require a constant power source to use. 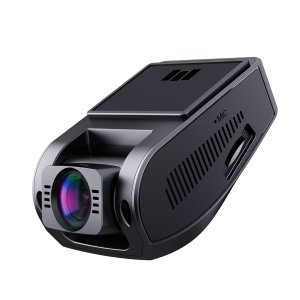 This option from Crosstour features two cameras, one to be mounted to the front windshield and one for the rear window. Both cameras are highly compact and won’t obstruct your field of view when driving. Like most options on this list, Crosstour’s camera uses loop recording and saves locally to a microSD card. The rear camera attaches to the front using a nearly 20-foot long cable, which is included. The motion sensor locks emergency footage in the event of a collision, preventing it from being overwritten. 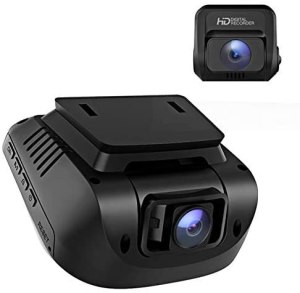 While there are plenty of dashcams that offer inward and outward-facing cameras on the same unit, this option from VAVA features a true rear camera. One unit attaches to the windshield, and the other attaches to the rear window and connects via a cable. This two-unit design eliminates the problem some dual cameras have of only capturing the inside of the cabin, and not the road behind. The camera is also compatible with VAVA’s app. 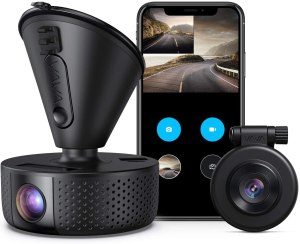 Vantrue bills its N2 Pro camera as the best option for rideshare drivers. The dual-camera setup features one camera that faces the road and one that faces inside the cabin, helping to keep the driver and passengers safe. The rear-facing lens also rotates up and down, allowing you to find the best angle to capture the interior or the cabin and the road outside. The parking mode features a motion sensor that automatically turns the device on in the event of any activity near your car.

Pros: Adjustable camera that faces inside the cabin, plus the outside-facing dashboard camera. Parking-mode motion sensor.

Cons: Mount could be better. 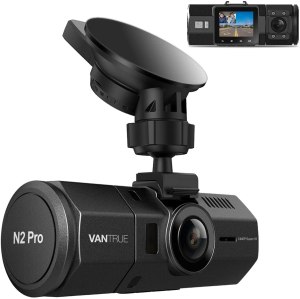 This dashcam shares a similar name to the model made by Rove, but this is no knockoff. It’s backed by Anker, a trusted source for phone chargers and other tech accessories. The Roav has a camera that switches on to record unexpected incidents, including accidents that may occur while parked.

Pros: A 360-degree rotating camera means that it can be adjusted to record inside the car if necessary.

Cons: Some may find that the collision sensor is too sensitive, resulting in captured videos that are difficult to delete. 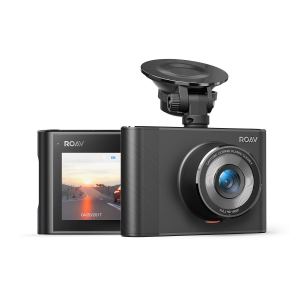 This option is from Roav, a sub-brand of tech accessory brand Anker. As the name suggests, the Duo has two cameras — one that faces inside the cabin and another that faces the road. The small display shows a live feed of the outside camera and the inside camera in a smaller square on the corner of the screen. Like many of the other options on this list, this camera uses looping local storage via a microSD card. It automatically erases old footage but saves any footage from potential accidents using a built-in motion sensor.

Cons: The camera is hard to remove from the bracket once mounted. Can be hard to make out license plates unless they’re close 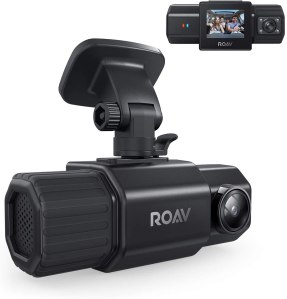