Sure, it seemed like a great idea: you were going to kick back with a six-pack of your favorite summer wheat ale and watch some dystopian shows with the boys (and girls) but you’re trying to stay in shape and keep that metaphorical six-pack visible for when pool party season gets going, so why not ride your bicycle to the store to get the beer, instead of taking the Subaru?

It would burn off some of those calories you’d later replace. There’s only one problem with this scenario: it’s really hard to carry a six-pack (or two) on a bike. Those of you who didn’t go to college in Santa Barbara, San Diego or probably Florida might not be familiar with the many odd, zany and downright unsafe solutions kids have come up with for this bicycle-beer conundrum over the years. Six-pack on one handlebar: bad idea. Six-pack on your head: also bad. Beer makes for a lousy helmet. Then there’s the intricate contraptions consisting of skateboards and ropes, which you pull behind your bike like some kind of rickety Roman chariot. 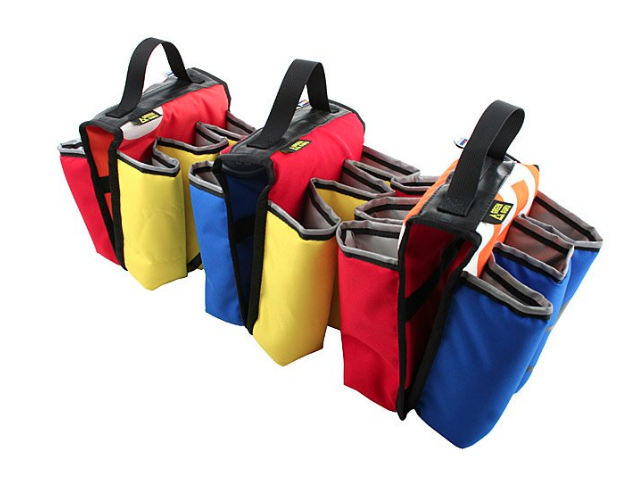 Well, someone on Uncommon Goods has finally made a practical six-pack carrying solution for your bike. This simple, handy and even eco-friendly bottle holder gives your bike more cup-holders than your car. It’s made from recycled bicycle inner tubes and up-cycled tent material, so it is not only durable and all weather-safe but cuts down on waste, too. And it might just save your six pack. Plus, you can use it for mountain biking and adventuring too as a way to keep water bottles so you stay hydrated. It attaches securely to the tube frame and doesn’t get in the way of your front wheels or handlebars.

Reviewers like attaching this to their bike for easy carrying of their phone, snacks, bike lock and other accessories too. More proof that this is a solid idea: the six-pack holder was created by Boulder-based Davidson Lewis, whose first high school job was working at a bike shop, and continues to be an avid cyclist.

The Best Accessories For Your Bike