You know how in movies it’s commonplace to have someone suggest attaching a hidden “tracking device” to a car? Well, it turns out that’s less so “movie magic” and more so a reliable way to track the whereabouts of your car. Unfortunately, you may want to learn how to add GPS tracking to your car sooner rather than later. Car thefts (paywall) have been on the rise in recent months with fewer people on the streets. It’s more important than ever to install safety devices in your car if it’s parked outside or on the street regularly.

Today, GPS tracking is surprisingly mundane and ubiquitous. You don’t need James Bond tech, or even the batty gadgetry of Bruce Wayne, in order to track your vehicle.

All you need is one of these dongles, which doesn’t require expert installation and is ridiculously affordable. Still, we should note that it’s very illegal to put one on someone else’s car. But, of course, there’s nothing to stop you from putting one in your own car.

This best-selling GPS tracking device, from MotoSafety, is designed to not be a creepy surveillance tool, but rather a safety tool, letting you track your kids, elderly parents and others when they hit the road. The device plugs in under a car’s dashboard and, when synced with an app, monitors driving activity (using Google Maps), speed, location and more. Want to set a “geofence” or curfew for your drivers? Set up real-time alerts for speeding, idling, off-hour use and more. 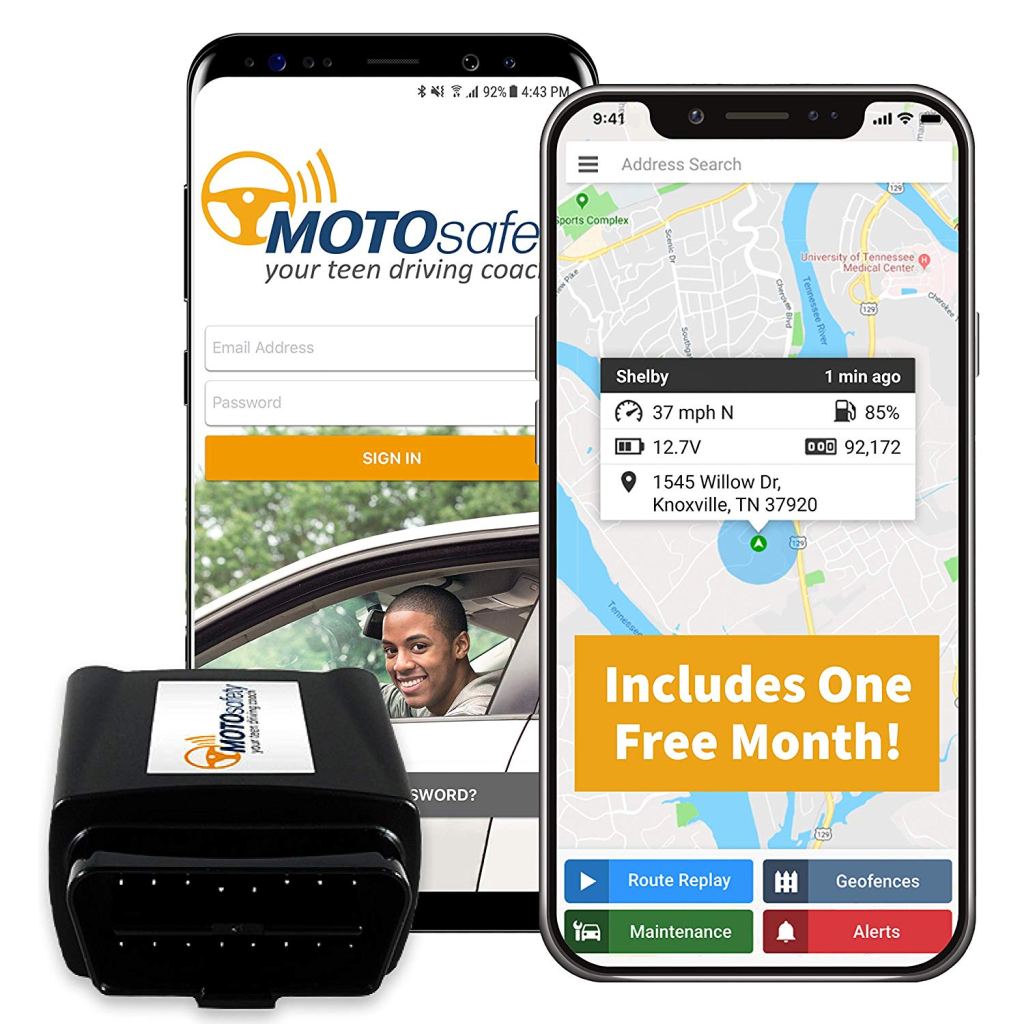 There are even surprisingly poignant reasons, as the billing for this GPS tracker suggests, for using a GPS tracker. For one, they can be used to add some extra safety if a driver in the family suffers from memory loss, dementia or early Alzheimers. The tracker can also be used to make sure that when your teenage kids borrow the car, they’re not heading out on a reckless joyride. Even more useful for driver’s education, this particular model lets you keep track of vehicle speed and acceleration data, so you’ll know if grandpa has been on the Gumball 3000 or is doing donuts in your vintage Jag.

For all these reasons and plenty we haven’t even thought of yet, now is a great time to keep tabs on your car for a surprisingly affordable price. No James Bond-like spy gadgets or licenses required.