There are a lot of features on new cars that owners of old cars may be secretly envious of. Perks like Bluetooth or backup cameras are great. At the same time, it’s probably not worth giving up the car that got you to prom, college, and your first job interview just to get those features. Fortunately, as many old car owners know, you don’t have to choose between classic and modern. There are plenty of devices you can buy to install in your 20-year old dashboard that will give you the features of a car that just rolled off the factory floor.

One of the most helpful devices on the road is a navigation system, and retailers now make it easy to buy one that will fit in your dash. These navigation systems feature built-in GPS, and you can download routes on Google Maps so you don’t have to rely on data. In addition to navigation, these touchscreen systems have the ability to download apps like Spotify and Pandora. If you’re looking to bring contemporary convenience to your retro roadster, these are the dashboard navigation systems to get.

This system comes with the Android Marshmallow operating system, which means that a wide variety of apps that are available on Google Play can be downloaded to the touchscreen dashboard device. The unit has built-in GPS and Google Maps pre-downloaded, but you can also install Waze if you prefer that.

Pros: Compatible with a wide variety of Google Play apps such as Waze and Spotify.

Cons: Some had issues when using Bluetooth for calling. 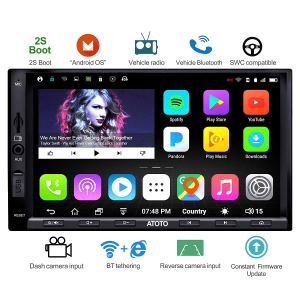 While it doesn’t have its own GPS, this unit from Pioneer supports Android Auto and Apple CarPlay, so you can display your phone’s navigation through the screen. The unit works with Spotify, Pandora, and other music services. It also has Bluetooth built-in.

Pros: Directly compatible with Apple, unlike the other options on this list, capable of playing a variety of file types like FLAC, WAV, and MPEG. 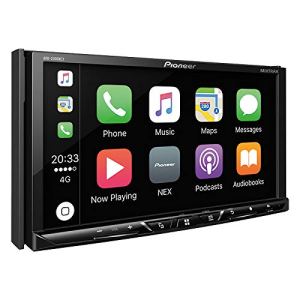 This car navigation system also uses Android, meaning it supports apps that are available on Google Play. It has two USB ports, Bluetooth, and a MicroSD card port. The navigation system features built-in GPS, so it can be used offline. There’s even a split-screen feature so you can use two apps at once. 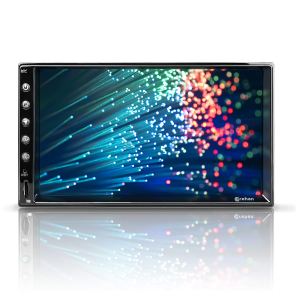