According to statistics, nearly 45,000 motorcycles were stolen last year alone. The main reason: the bikes were either left unattended or were attached to locks that were either too flimsy, or too easy to pick. While all locks promise some degree of security, not all of them are created equal. And not all bikes are created equal too. Motorcycles require larger, more advanced locks that scooters or e-bikes, and you’ll want to look for locks that have multiple sensors and triggers too.

This rock-solid anti-theft lock is all metal. No one’s gonna cut through it. It has a 7-millimeter locking pin that allows it to be set in any position. Plus, it has a motion sensor with a 5-second delay so you can unlock it before the 110db alarm goes off. 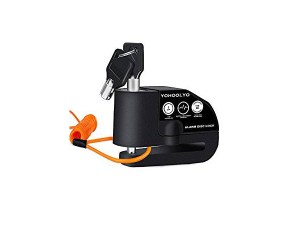 Thieves don’t stand a chance against this Uolor Alarm Disc Lock. It’s sensitive to movement, so the moment they touch it, the alarm is going to trigger. It’s loud and it calls attention. Plus, this smart lock has a one-press operation system, so it’s fast and easy to put on. It’s waterproof to last for years, and it comes with a convenient carry pouch. 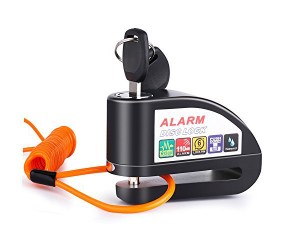 This Tchipie Disc Brake Lock has a built-in sensor designed to detect shocks and movement and ready to scare off any interested parties with an ear-piercing alarm. It fits the majority of motorcycles. And because it’s bright red, you won’t forget it’s there when you try to leave. Best of all, you can have peace of mind knowing your bike will still be there when you return. 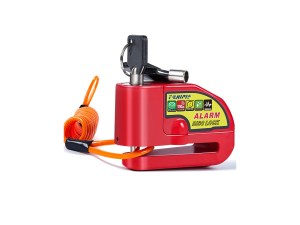 The Best New Gear For The Outdoors