There’s nothing better than pulling on an outfit straight from the dryer. The clean smell and feel of the clothes sets you up for a great day ahead. But what if we told you it’s all a lie?

According to this study in the Journal of Infection, clean underwear still contains an average of 0.1 grams of bacteria-ridden feces. Furthermore, the average laundry detergent doesn’t kill bacteria and viruses, so all your clothes might be spreading infection throughout your home even though they’ve been recently washed. In particular, the dangerous bacteria known as E.coli is incredibly difficult to get rid of using your normal washing machine cycle. 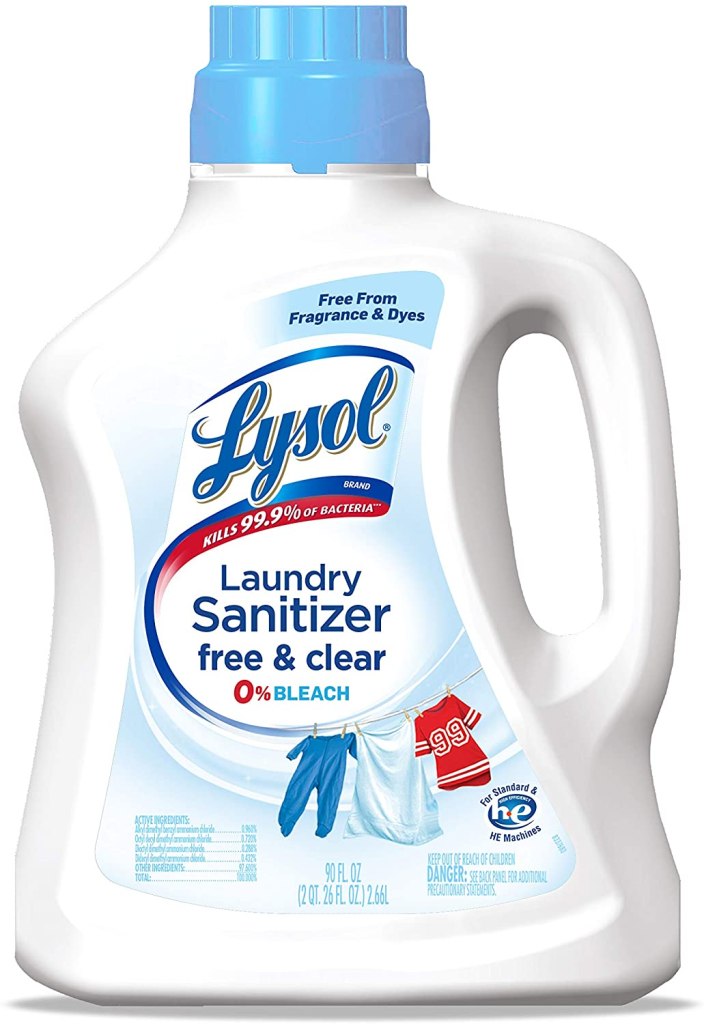 Bacteria inhabits clothing after you’ve come into contact with dirty surfaces or airborne germs. Bacteria on your clothes might also be from your sweat. And if you don’t get rid of sweat bacteria, your clothes will continue to stink like body odor even after you wash them. 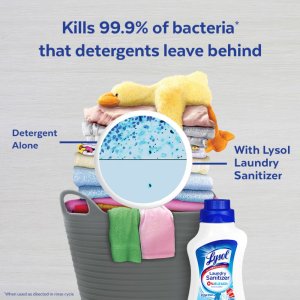 To kill all the bacteria in your clothes, you’ll need to disinfect them. Two popular methods of doing so are to use very hot water in the washing machine and to use bleach. Of course, both of those methods can ruin your clothes. That’s why Lysol invented its Laundry Sanitizer.

You trust Lysol to disinfect your home and office, so why not try it on your clothes, too? This bleach-free additive kills 99.9% of bacteria when added to your wash cycle. That means your clothes won’t spread illnesses after use of Lysol Laundry Sanitizer and there won’t be any lingering bad smells.

The liquid is gentle on fabrics and can even be used with cold water. Simply add two capfuls to the fabric softener compartment of your washing machine or add the liquid during the rinse cycle. As a result, you’ll enjoy really clean clothes.