Trying to get a little gory this Halloween? You’re going to need some fake blood. And depending on what you’re going for, you might need a lot of it.

Fake blood has spooked both children and adults alike for ages now. From classic horror flicks like Scream to haunted houses deep in the woods to classic pranks played on family members, fake blood claims pertinence both in media and in the home — especially around Halloween. Best of all, nowadays you can ditch the mess they call Party City and snag your fake blood online, for you know, all your fake blood needs. Duh.

Whether you’re planning on dressing up as Dracula to your BFF’s Zoom Halloween party, practicing your special effects makeup skills or faking a nose bleed the next time you have to make a speech in front of your lecture classroom, check out some of the best fake blood to buy online right now.

This 16-ounce bottle of fake blood is perfectly named I Can’t Believe It’s Not Blood for a reason — we still can’t believe it. It’s genuinely true to color which is uniquely different from the ketchup-red blood plaguing the internet. There’s a ton of it too, so you can use a slew on your face and even more on the rest of your body. While this stuff claims to be 100% washable, we suggest you don’t wear anything you’re trying to wear out to the bars after dousing it in this stuff. You can never be too sure. 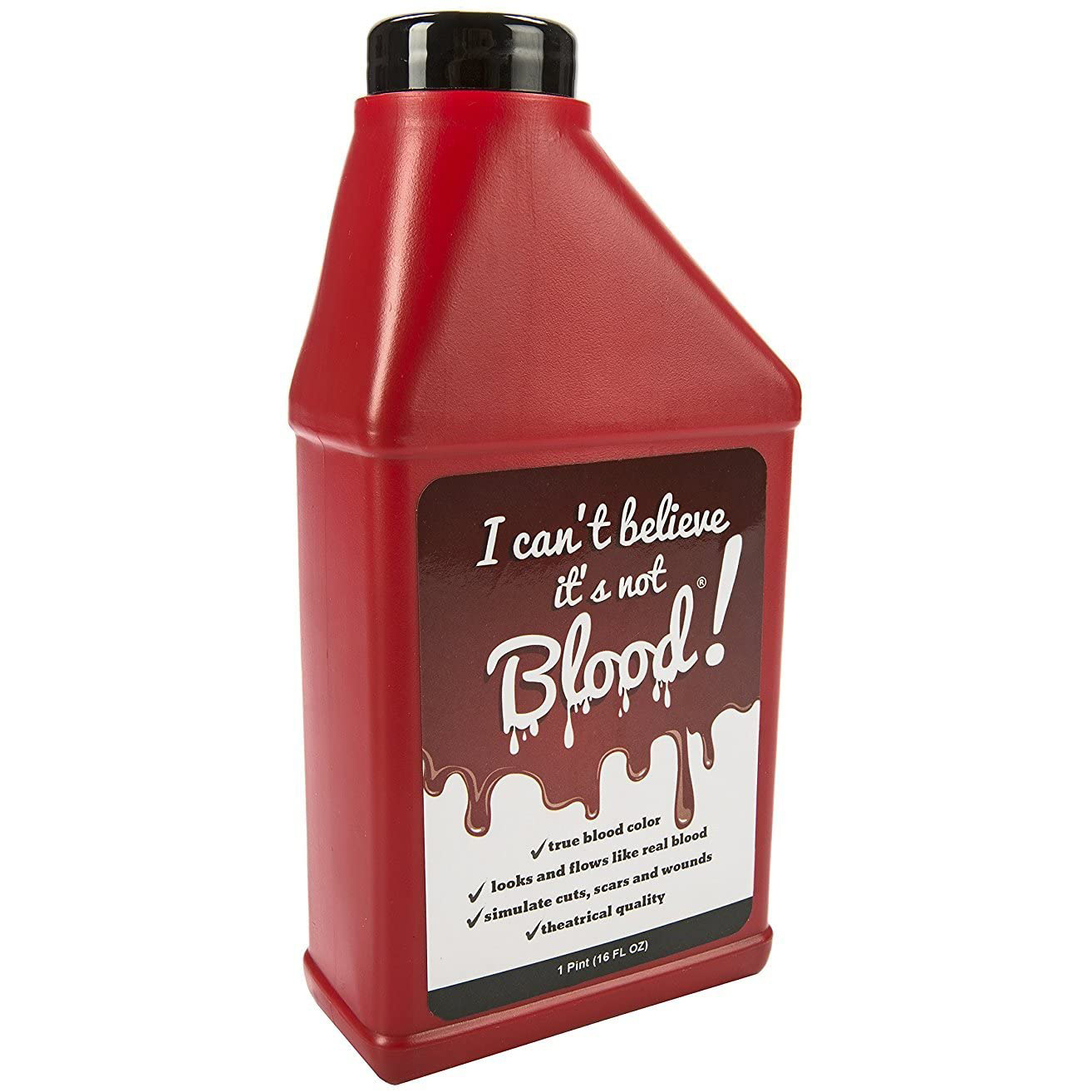 Maven Gifts I Can't Believe It's Not Blood

Though we stand by the 16-ounce Maven Gifts fake blood as the best overall, if money is more of a priority, you can always pick up the Kangaroo Vampire Blood. You get the same sixteen ounces, similar enough fake blood for your Halloween costume or decorative needs and you can save a few bucks too. 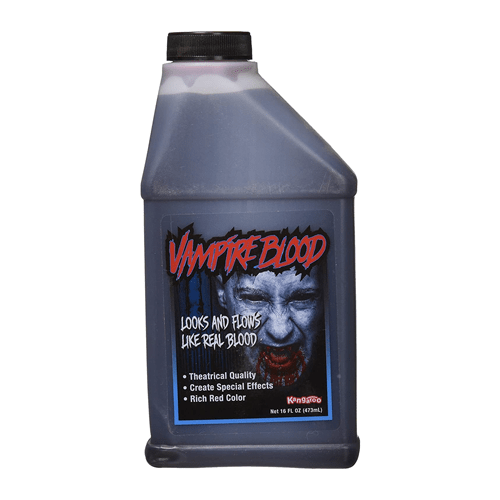 BEST BANG FOR YOUR BUCK

If you’re looking to stock up on fake blood for the foreseeable future, pick up the Amscan Half Gallon of Fake Red Blood. Realistically speaking, you don’t need this much — this year, at least. But this fake blood is great to have around for whenever you’re itching to get creative or pull a prank in during the non-spooky time of the year. It’ll also last you for the next couple of Halloweens with no problem. 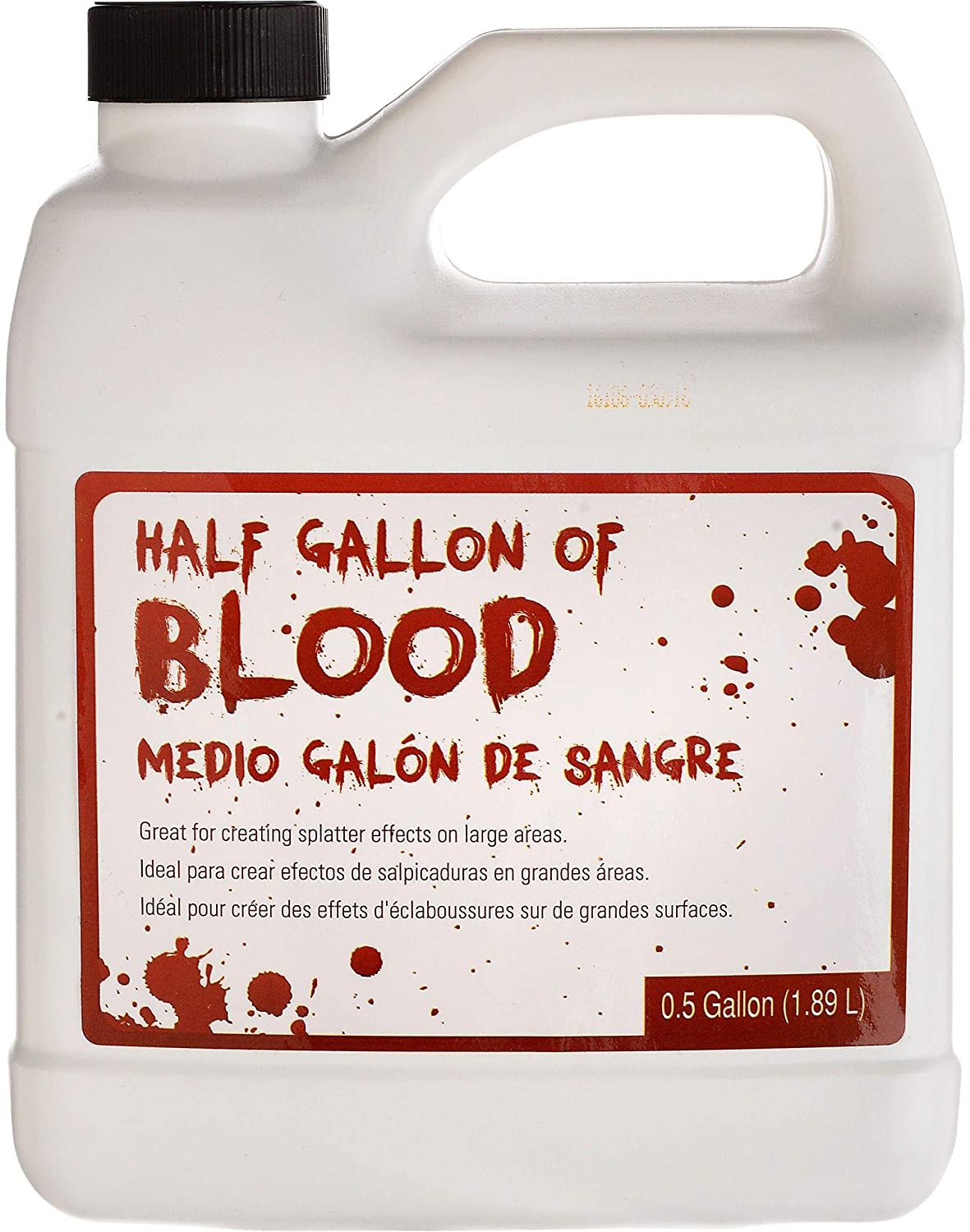 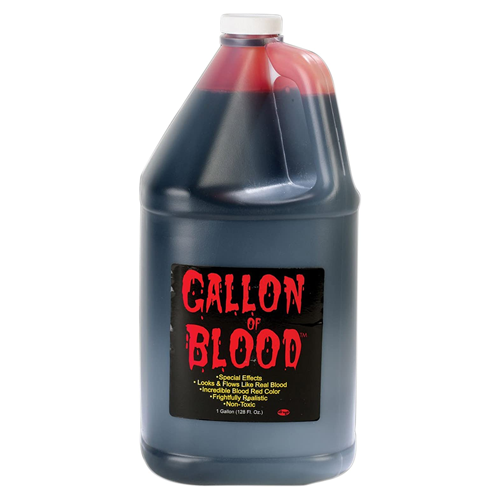 Anyone who’s looking to get some astounding special effects makeup results needs to give this bottle from Mehron a try. Because this bottle is made specifically for the big stage, it holds its own for hours on end without issue. It’s great to use for kids and adults alike and can be used around the nose and mouth due to its non-toxic qualities. While this product definitely will stain, the realisticness when slathered onto a fake cut or gash will make it well worth it. 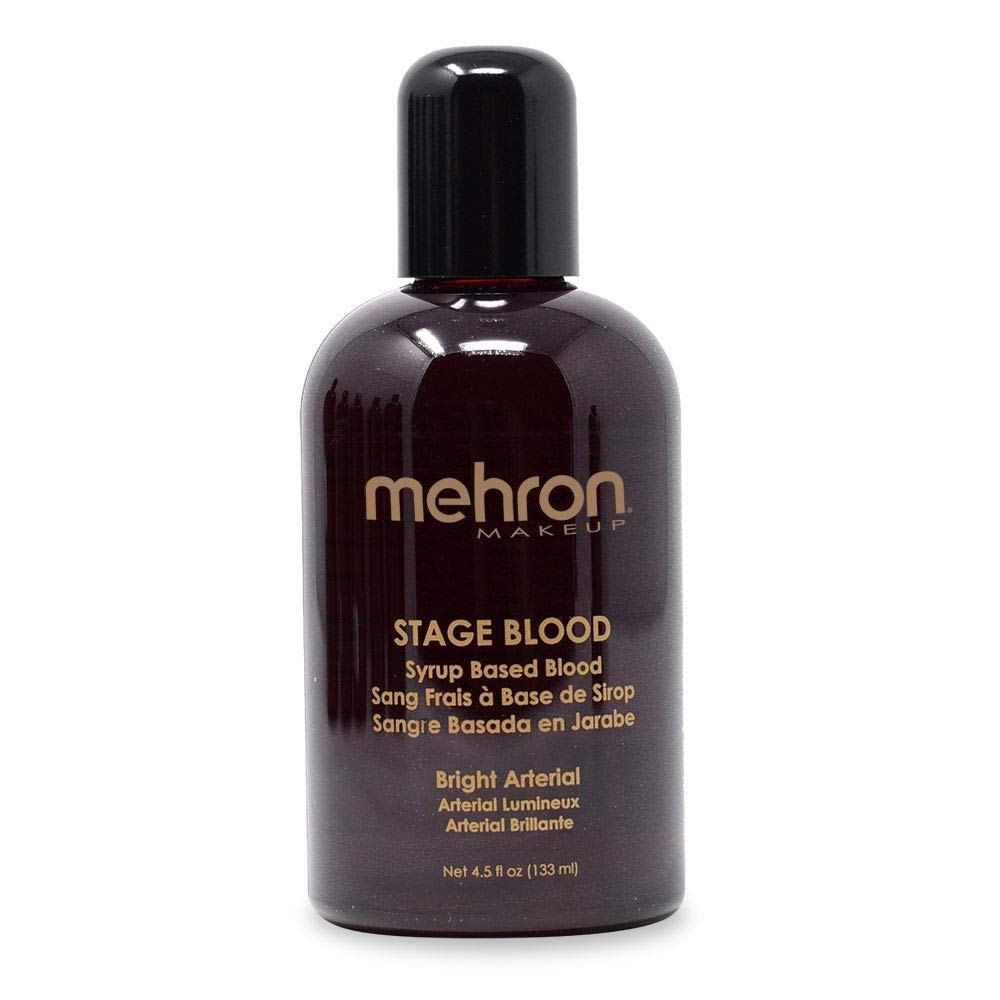 Spirit Halloween has to be one of the strangest stores known to man. Just when you think it doesn’t exist any longer, bang, mid-September comes around and there’s that Spirit Halloween again popping up once again in true Halloween fashion. The superstore has all of your Halloween must-haves, but we’re fans of the Spirit Halloween Blood Capsules.

All you do is stick a capsule or two in your mouth and, when the time is right, bite down on them to ooze non-toxic fake blood out of your mouth. If you do it right, you’re guaranteed to scare the bejesus out of just about anyone. Just make sure to give your teeth a good brushing and rinsing at the end of the night and don’t swallow the fake blood. (It won’t harm you — it couldn’t go in your mouth if it could — but swallowing is still not recommended). 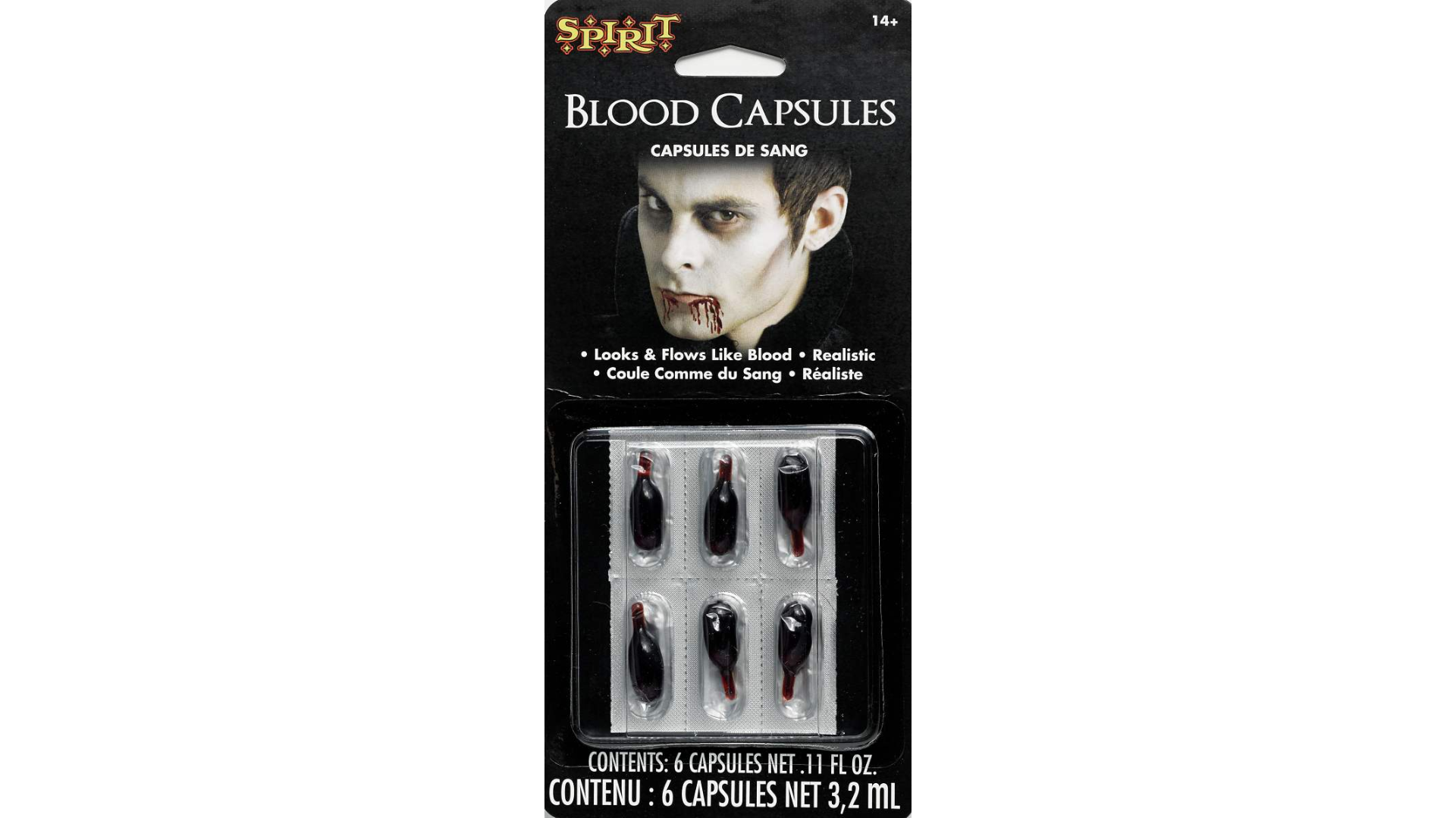 Though all of these fake bloods will drip and ooze, some are more liquidy than others and so run a bit more. The Kangaroo Fake Blood Gel is much better for slow drips and oozing, and it eventually “clots” and stays in place. Knowing just how easily fake blood can stain clothing, it’s a real relief to know you can count on the fake blood not getting too drippy. 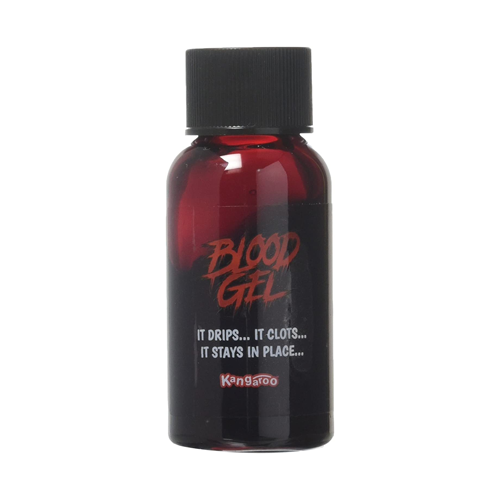 If you’re looking to get a bit more creative with your fake blood get-up and add some scratches, bruises, scabs and more, go for the Spirit Halloween Blood Makeup Kit. It includes glitter blood, three blood capsules, a brush, gel blood, scab blood and two sponges because what’s the point in going all out with fake blood unless you’re actually going to go all out? 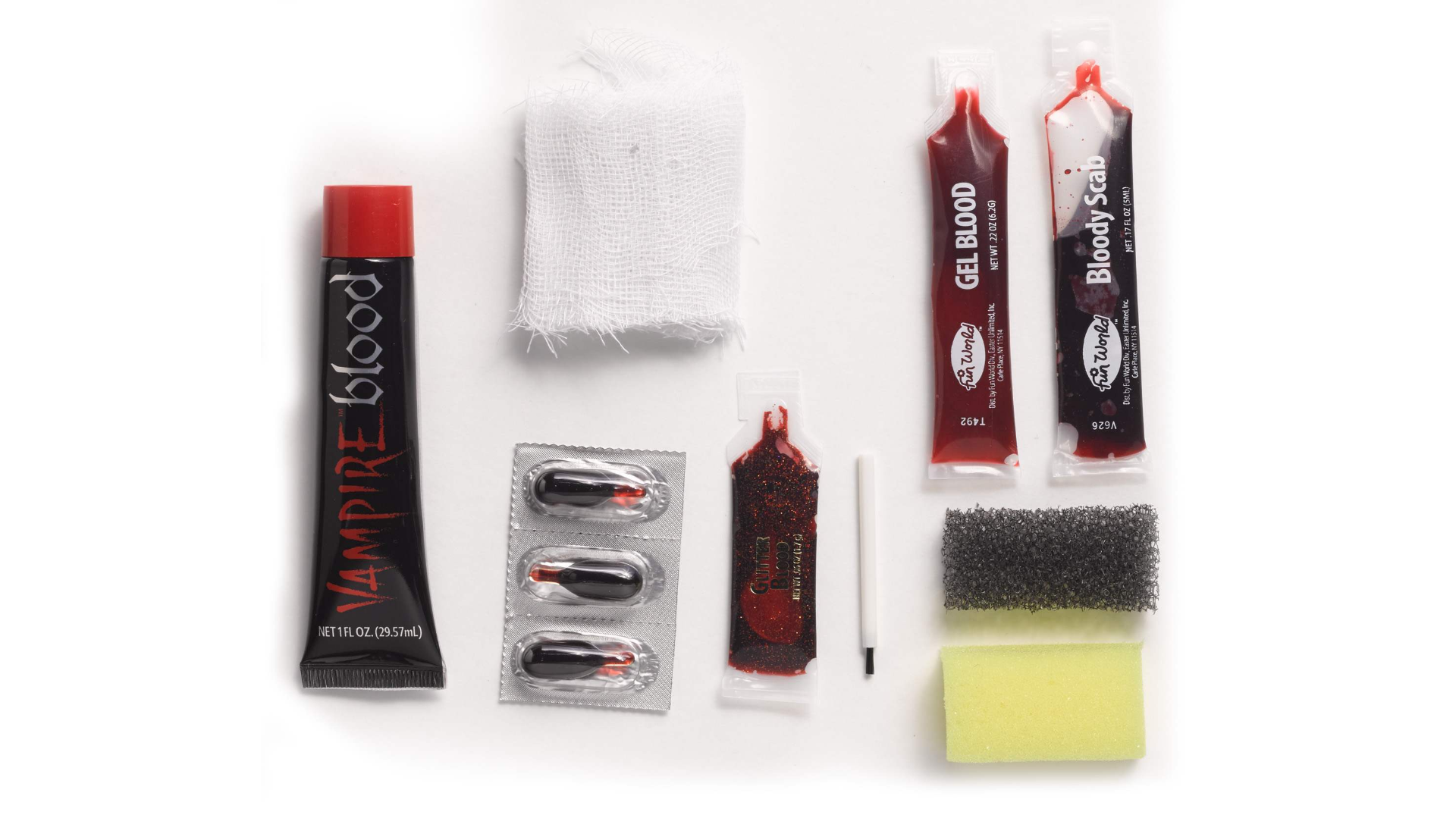 None of these your cup of tea? Make fake blood at home:

We understand if these fake blood options aren’t for you. Maybe you want to know exactly what’s going into your fake blood recipe in case you have any allergies or if certain products don’t fit into your lifestyle. If that’s the case, here’s a three-product ingestible fake blood recipe from Good Housekeeping that’s easy as hell, safe to ingest and fun to make.

This recipe is perfect for kids because it contains zero harmful additives and tastes great.

For even simpler fake blood that you can make at home with other options you likely already have in your kitchen pantry, check out this video below. With just water, powdered sugar, powdered cocoa and red food coloring, you can whip up more than enough fake blood to complete your bloody costume look. (And if you don’t have any of this stuff at home, we’ve got low-priced links for all the ingredients under the video.) 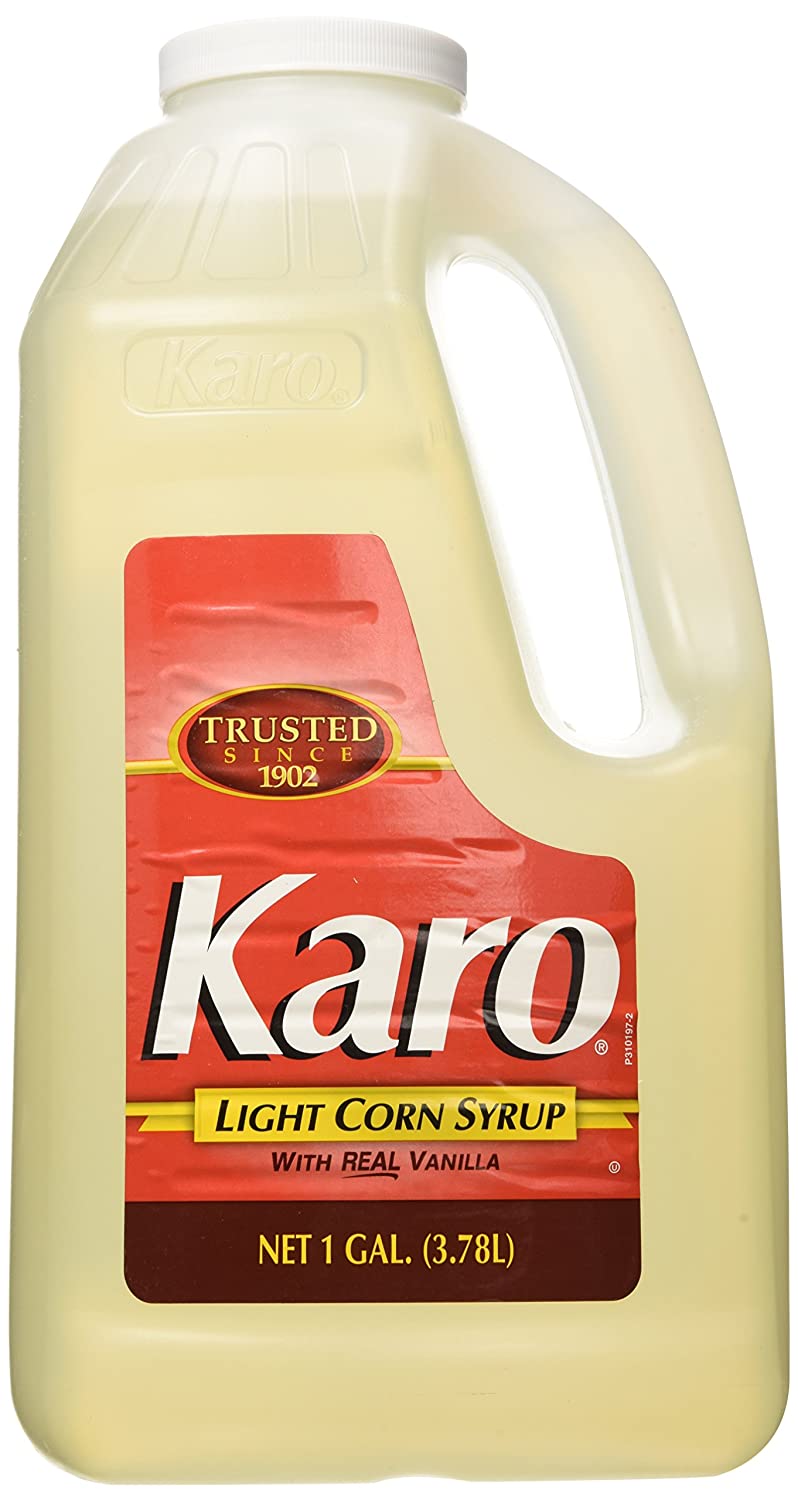 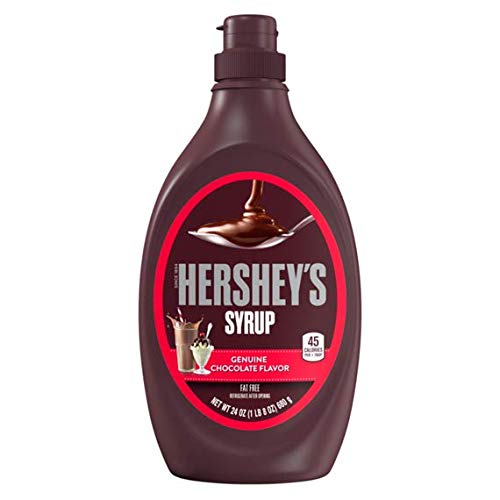 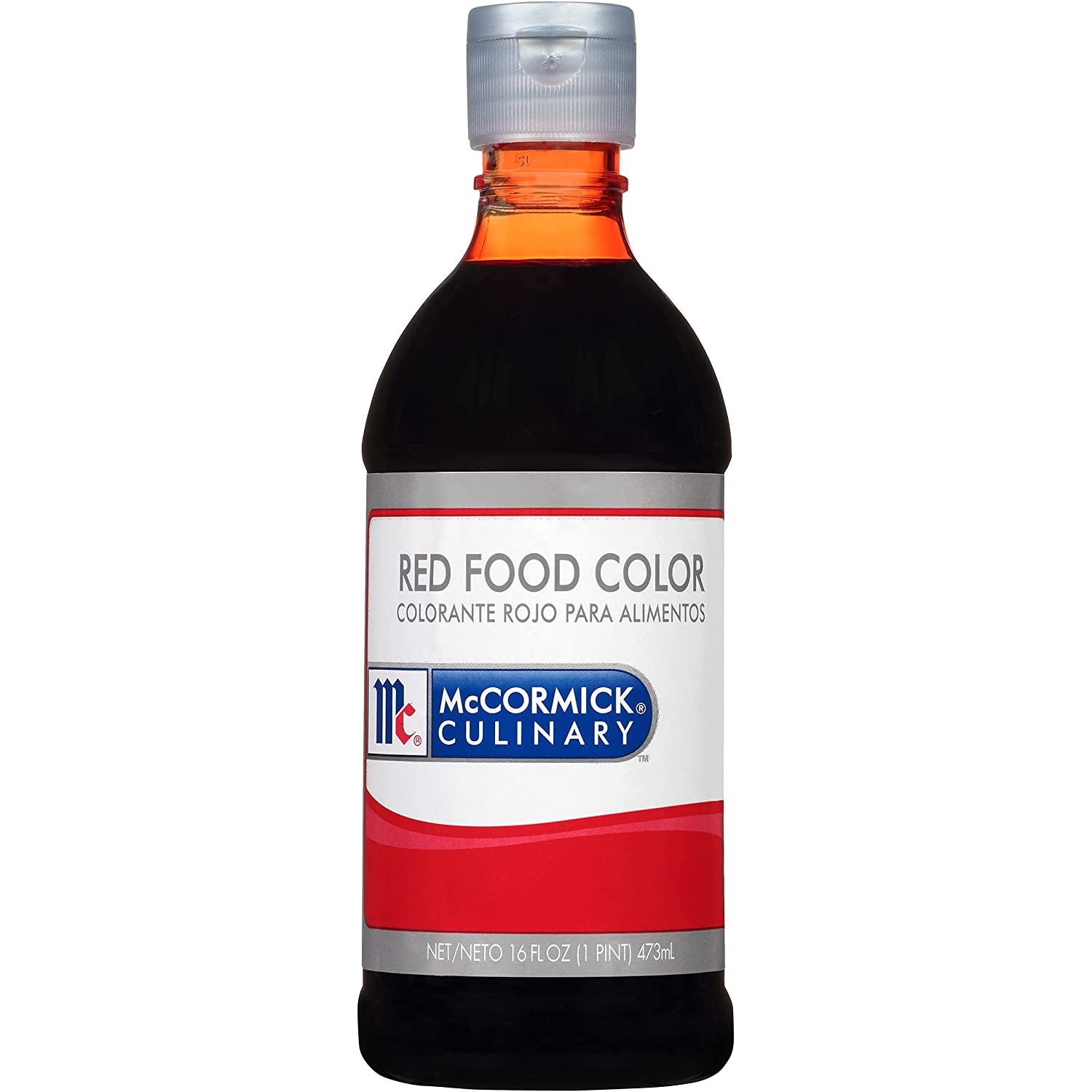 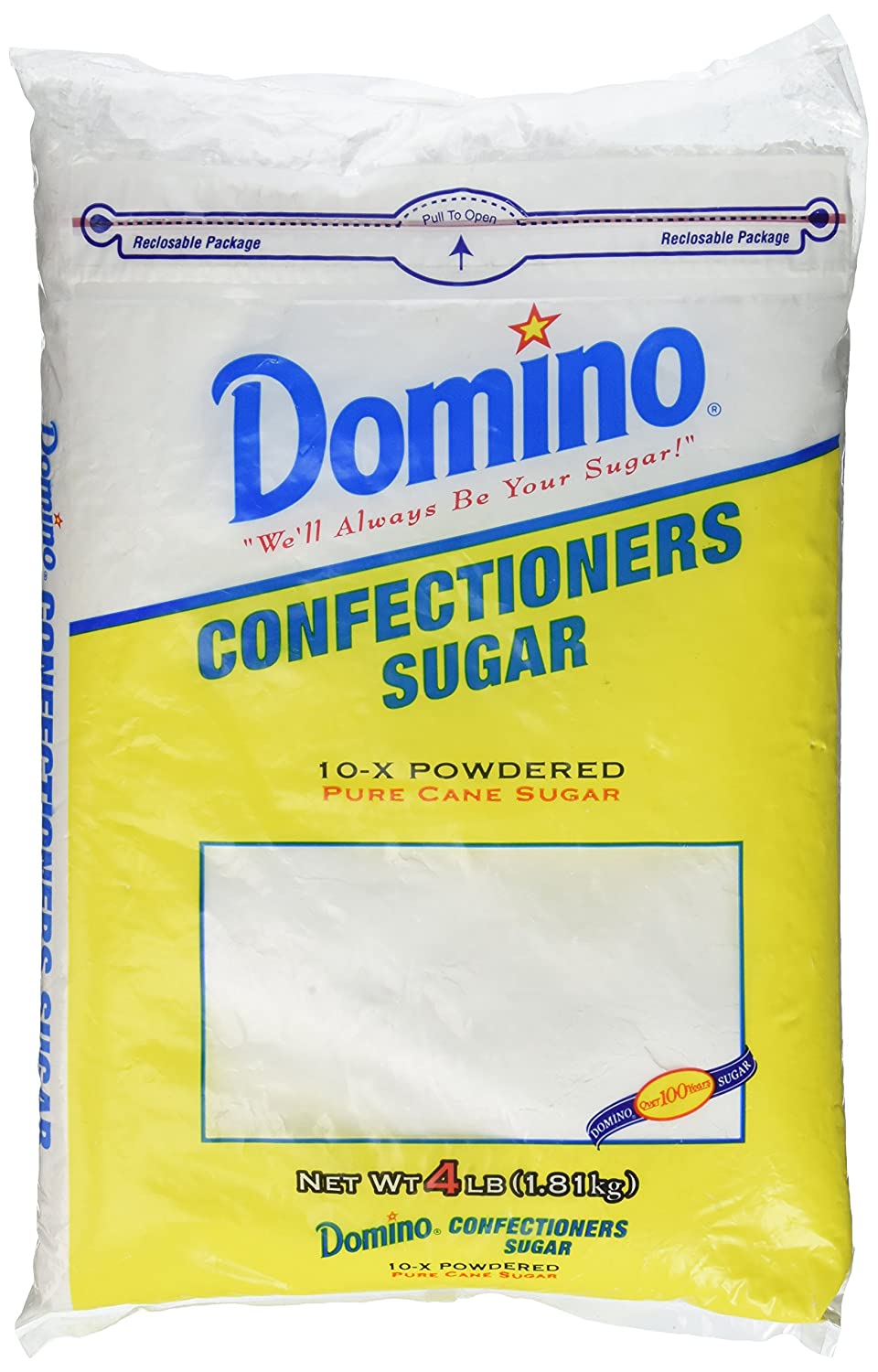 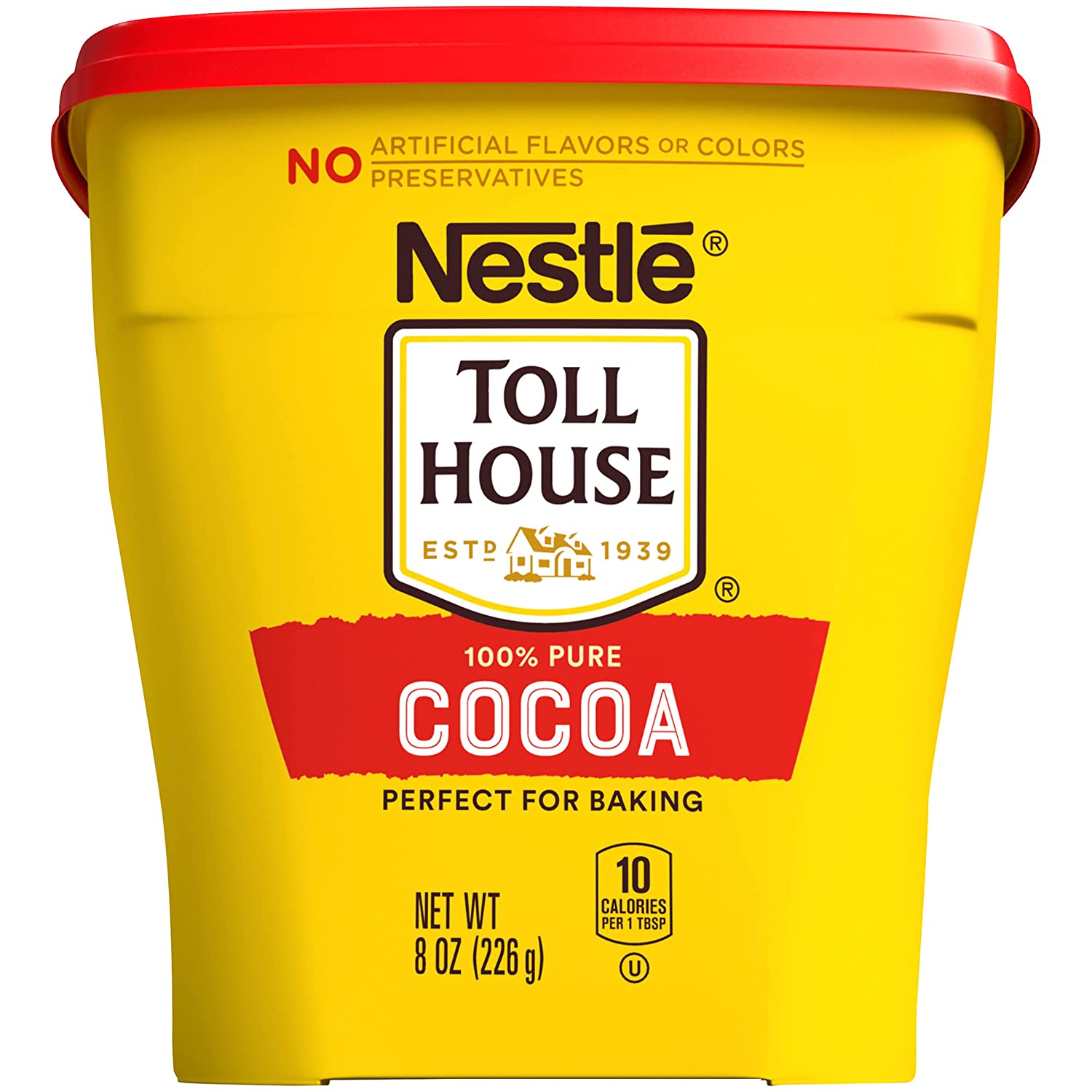