There are a lot of great things about a DIY lifestyle. In many cases, it’s more sustainable than buying from the store. And there’s a sense of satisfaction that comes from sitting on a chair you built that’s impossible to replicate. The problem, though, is that it can be hard to tackle any big tasks when you might not even have a garage at your disposal, let alone a full workshop. Fortunately, there are many portable versions of workshop tools that even an apartment dweller can work with.

If you’ve ever worked with wood, you’ll know that one of the most important tools at your disposal is a band saw. But band saws are big, heavy, and expensive. That’s what makes a portable band saw great. They’re often used in construction, but a portable band saw can be a good replacement for a traditional band-saw setup that a hobbyist might use. Whether you’re working with wood or metal, these are some of the best portable band saws out now.

DeWalt is one of our favorite makers of power tools, and this compact band saw boasts a 10-amp motor and variable speed controls. It also has an LED sight for precise cutting and rubber bumpers to protect the saw’s blades. The plastic case makes for easy transportation.

Pros: Simple lever system for replacing the blade, the unit has an LED sight for precise control. Variable speeds. 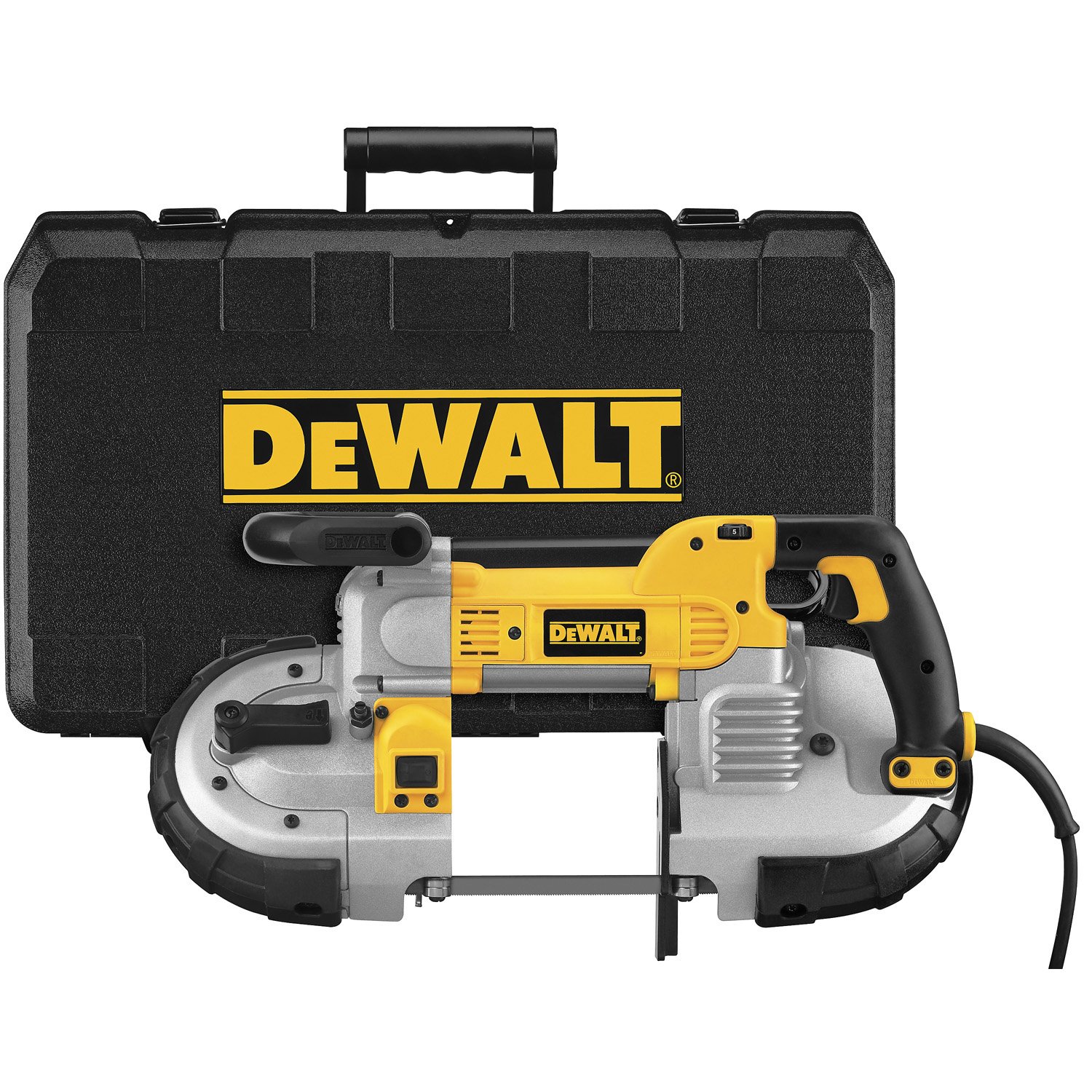 Japanese manufacturers Makita have been around for over 100 years, and they continue to produce some of the best power tools on the market. This portable band saw is cordless, and relies on a rechargeable 18V Lithium-Ion battery. The unit boasts variable speed functionality, which can be set between  275-530 ft./min. The built-in light illuminates the work area and will flash in the event of over-torque.

Cons: Battery and charger not included. 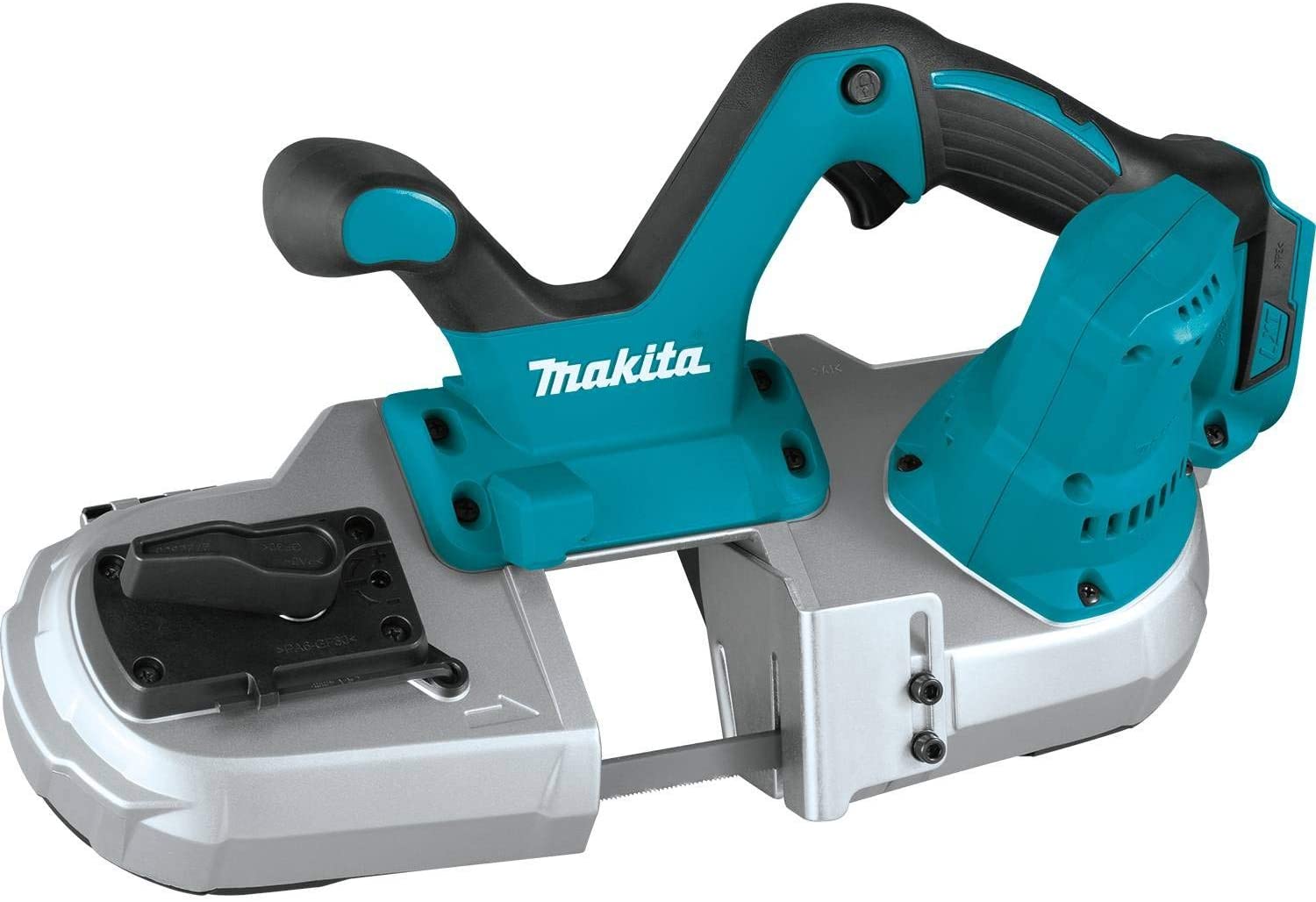 Another option from DeWalt is this handheld battery-powered option. It has a maximum power of 20V, and it has a 2.5-inch cutting capacity. There’s also an LED guide light for accurate cutting, and it features a blade-tracking adjustment and dual-bearing guide rollers for increased durability. The handle position is designed to be ergonomic and easy to use. 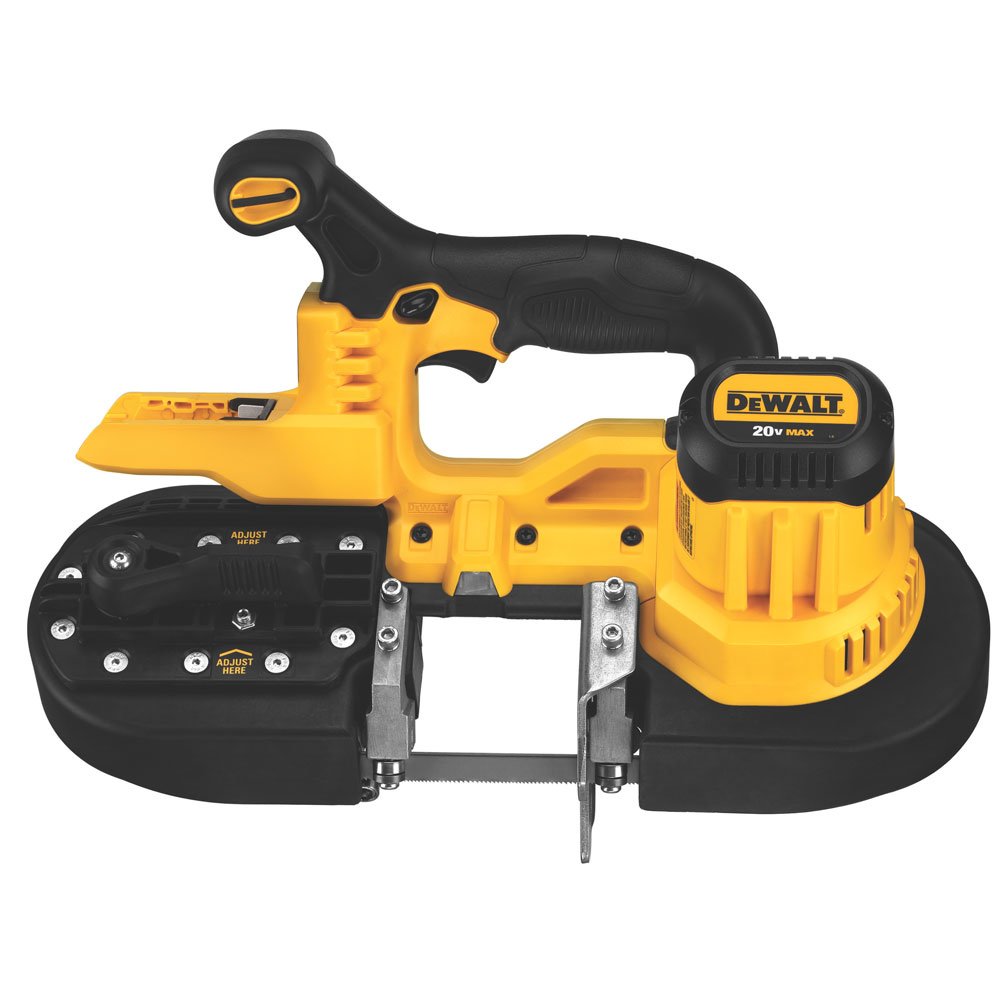 This affordable saw has variable speed settings and can cut 5 inches deep and 5 inches wide. It’s lightweight and designed with an ergonomic handle for long-term use. The tool is corded, limiting its range but ensuring you won’t run out of power. The tool can be used for a variety of materials ranging from wood to metal to rebar.

Cons: Not as sturdy as other options listed. 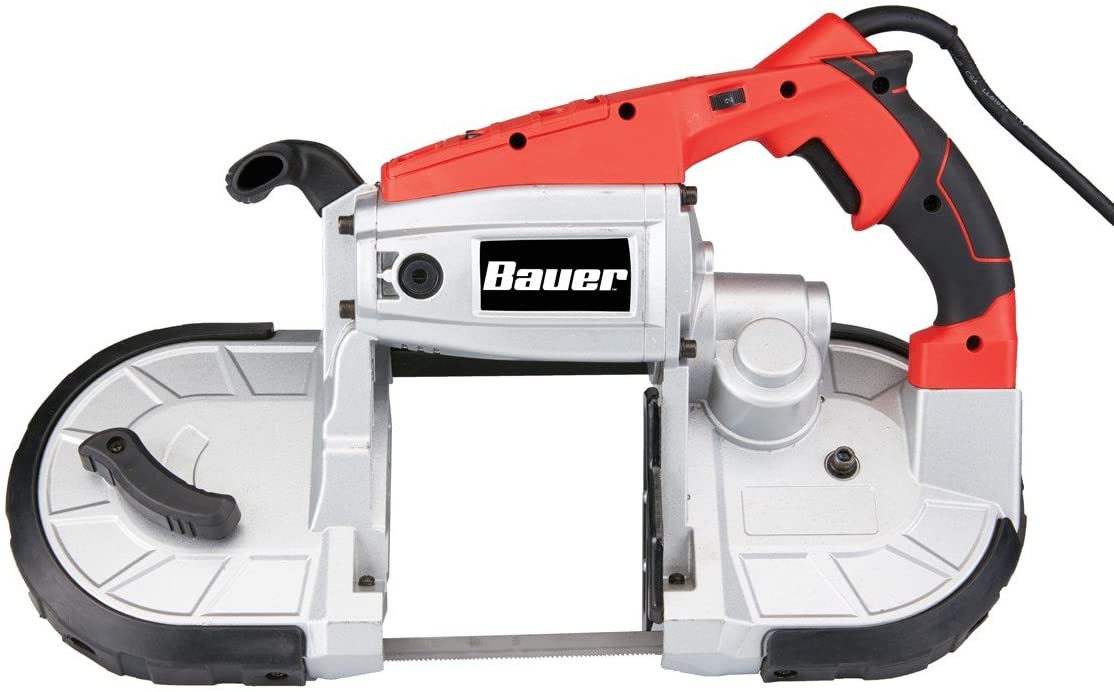 This option doesn’t come with a saw, but it can be a good addition to one of the other units on this list. It essentially functions as a stand for a portable band saw, converting your handheld unit into a tabletop unit. This can be great for hobbyists who are big on ideas but short on space. It suits various models of DeWalt, Makita, Milwaukee and other kinds of saws.

Pros: Good accessory for a portable bandsaw, converts it into a vertical saw. Suits various models from some of the top tool makers.

Cons: This is an accessory for a saw, and does not include a saw. 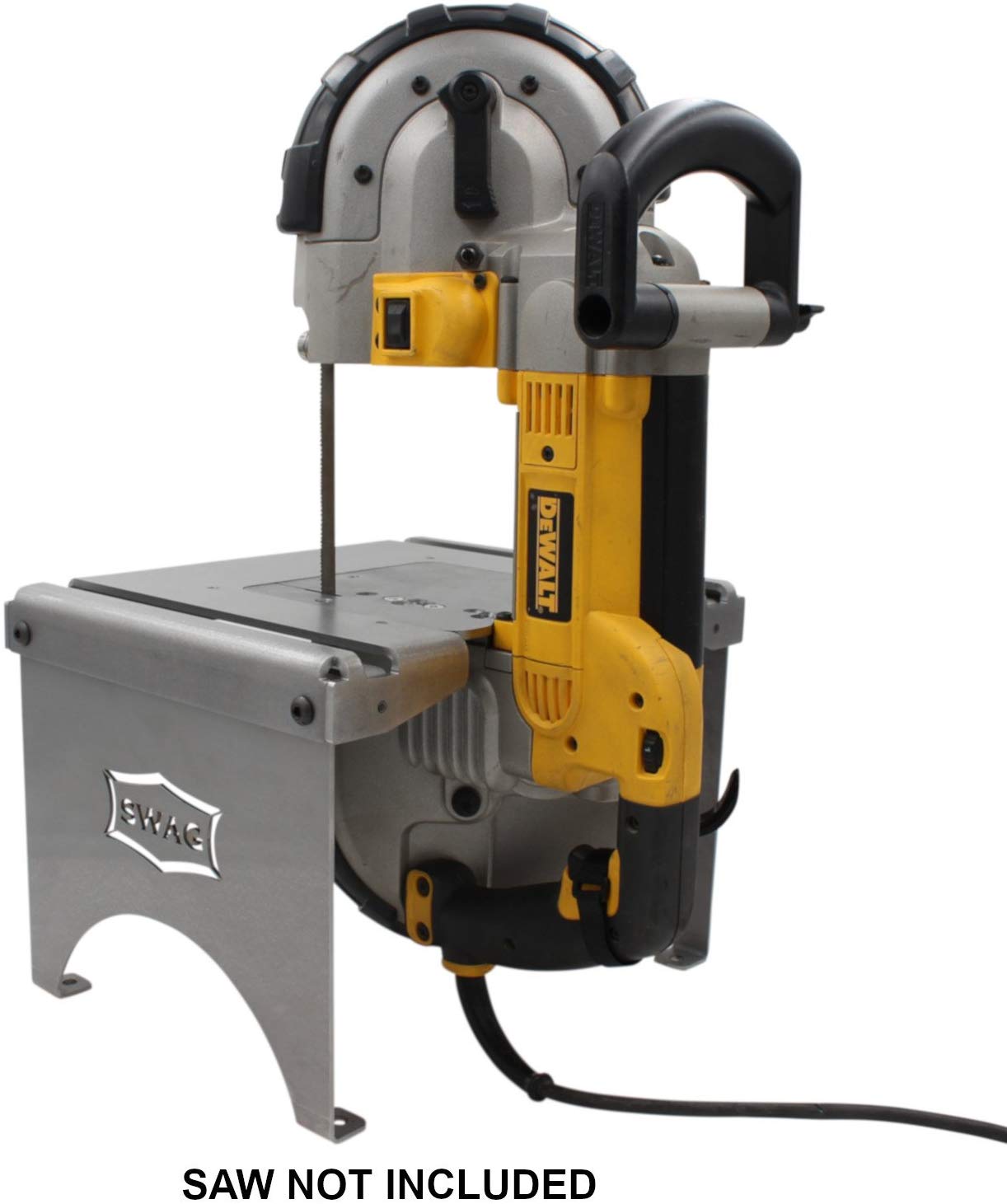