Yeah, you read that right. Twitch streamer Kjanecaron almost burned her kitchen down in front of 92,000 subscribers during a subathon, an event in which streamers on Twitch extend the length of their stream whenever they get a new subscriber.

How did she handle the situation? Well, as you can see below, not the best.

What was supposed to be a quick meal in front of her subscribers turned into a phone call to the fire department to help get her out of the woods. Or, well, the flames.

As you can see, the clip begins with Kjanecaron amongst a kitchen full of smoke, awkwardly smiling and waving the smoke away. Then, the pan on top of the electric stove bursts into flames.

Her next move in sheer panic? A slew of swears, running around like a little Sim and then a quick trip to the sink — which was her biggest mistake. A grease fire? Queen. Trying to put a grease fire out with water is a no-no. That’s Fire Safety 101.

While sprinkling some water over the pan might’ve been a thoughtful first move, this is what could have made the situation deadly. Because water and oil don’t mix, throwing water onto the pan causes the two to immediately separate away from each other with the water reaching straight toward the bottom. Because the pan was so hot, water’s next move is to burst off of the pan — straight out from underneath the oil. And, well, you saw the rest of the video. That caused an explosion.

Thankfully, she only left the event with a small burn on her hand, she told her followers on an Instagram Story. 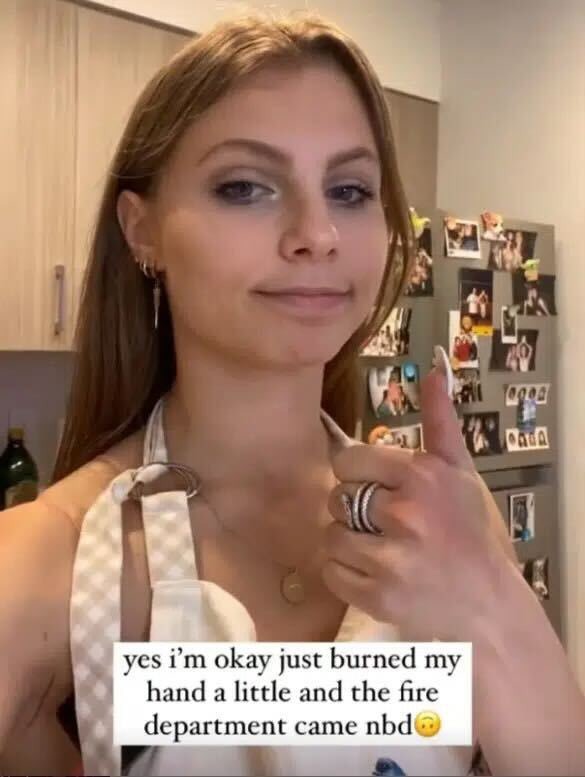 While this situation is being tackled with a bit of humor, this situation could have been much worse. Just check out this video from Inside Edition that explains everything you need to know about trying to put a grease fire out with water.

That said, Kjanecaron could have used an emergency fire blanket to help her out in this situation.

This is a blanket you simply keep in your kitchen for emergency use only by extinguishing fire with a quick lay and suffocation. It’s specifically made for both liquid and grease fires, so this safety hack totally would have come in handy.

And, well, she could have used a fire extinguisher, too. Next time, Kjanecaron. Next time.

Find one of Amazon’s most top-rated picks below, a two-pack for just $19 total. 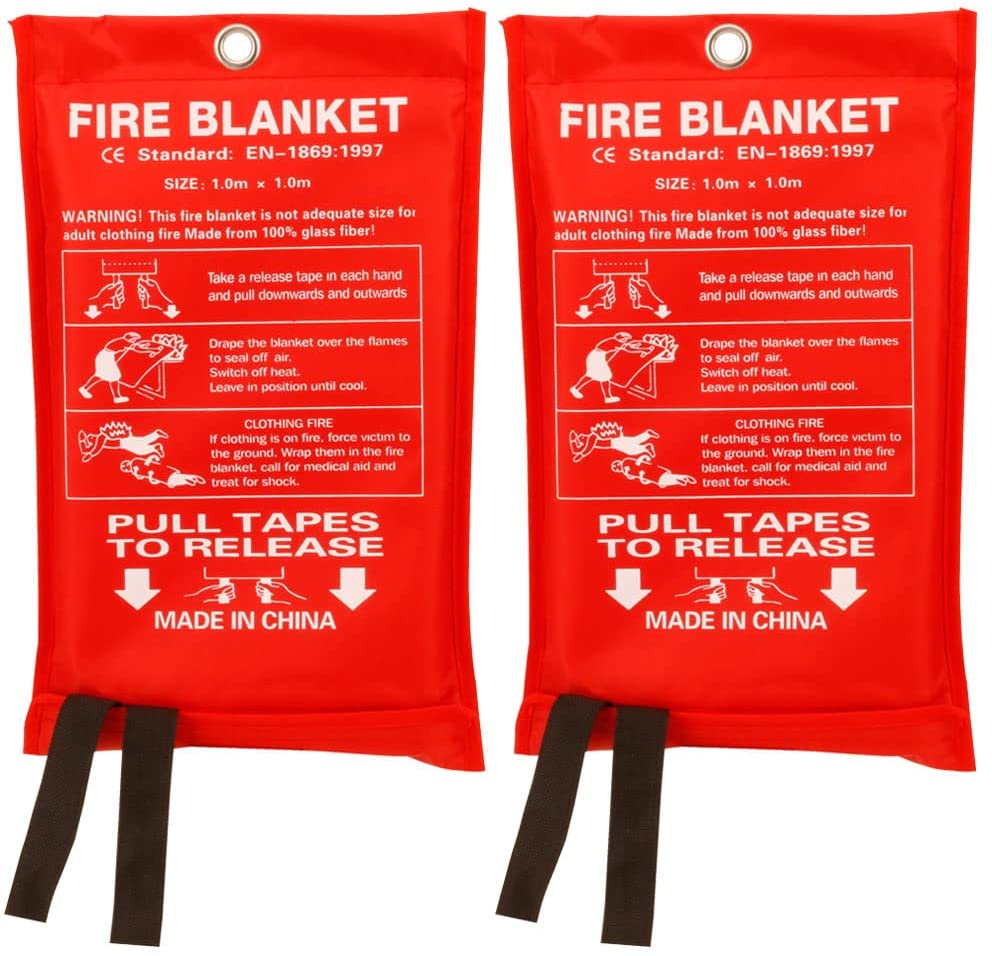 Buy Now on Amazon
Every Car, Home and Office Should Have One of These Fire Extinguishers