The 90s were full of children’s toys that were bizarre and even a little scary at times, to say the least. I think we’re all scarred from Tickle Me Elmo gracing us with his high-pitched laugh, or from the Furby dolls souless eyes. However, many millennials are nostalgic for the toys of their youth. Before Youtube, these toys were all we had to have fun during summer break.

From the Easy-Bake Oven to Tamagotchi Virtual Pets to the Nintendo 64, here are 14 of the most popular 90s toys from your childhood that you’ve been missing and how to get your hands on them once again — with no shame at all.

The gateway toy to all aspiring and potential artists, the Etch A Sketch is a handheld, battery-less drawing device that uses knobs that go up, down, left and right. By turning the knobs, dark lines show up on the “magic screen” and also can be easily erased by shaking the device. It is a blessing and a curse, we can’t tell you how many iconic MoMA-esque masterpieces we lost over the years, but incredibly addicting. 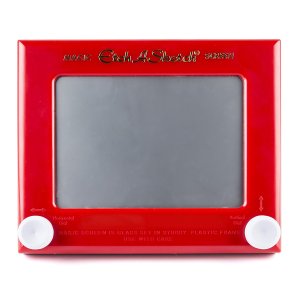 Obviously, this Foldable Ankle Skip Ball from Mumba isn’t the classic Skip-It from Hasbro you remember from your youth, but it comes pretty dang close. Hasbro Skip-Its now are becoming increasingly difficult to find, and if you want one that replicates the original you loved so much as a kid, just forget about it. They’ve really turned into high-tech offerings that just don’t sit the same way for us. If you’re looking for the current best on the market, this one is your best bet. Promoting physical activity from the 90s on, the Skip-It is one of the toys we can all remember. It was a pretty genius way to keep kids active, in shape and having fun while doing it. 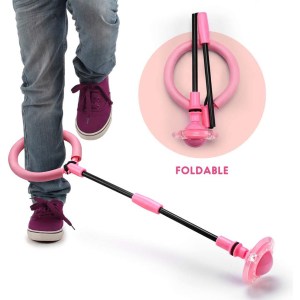 The Doodle Bear debuted in the mid-to-late 90s as the first teddy bear that can be drawn on with special markers and then washed to create a brand new canvas whenever the child so pleases. No more crying over getting your favorite teddy all marked up! Though, there might be a few tears after a short glance at those (cute) soulless eyes. 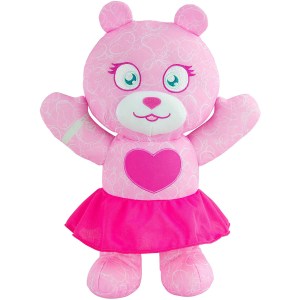 Easy Bake Ovens are still being made today and seemingly come out with a cool new feature with each release. Probably one of the coolest 90s toys, these mini ovens made anyone using them feel like a mini adult. Easy-Bake ovens were strong enough to bake cookies, pretzels and more desserts with a single bulb and special mixes. It’s almost like you can taste the vanilla cake as you read this. 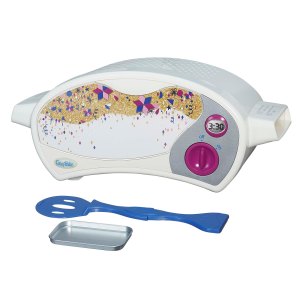 I think we can all agree that the commercials for Moon Shoes were better than the actual shoes themselves because of their exaggerated effects showing kids being able to bounce, like, really high. It was good advertising because so many kids wanted them after seeing it, and you were probably one of them. No matter how many pairs you bought, you came to the realization that the first pair wasn’t defective. It was just the shoes overall. Lucky for you, you can try them out one last time — these classic and disappointing 90s toys are still available on Amazon and could be at your door in just two days. 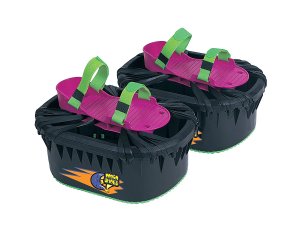 Remember begging your parents for one of these high-powered water guns every single day during the summer? We do too. And low key, we still are. NERF Super Soakers are still popular with the youths of today, and there are even special addition Nerf guns designed to look like weapons from Fortnite. Surprisingly, these water guns go for a really affordable price in comparison to the good ‘ole days. Might even make you splurge on two. 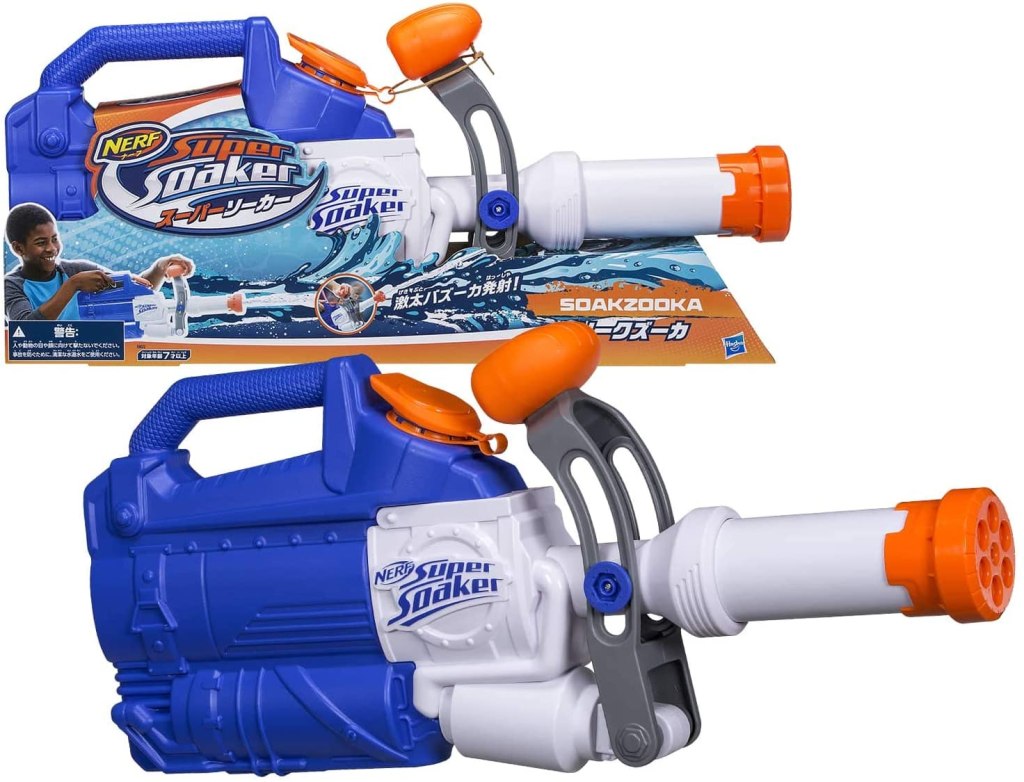 Tamagotchi Virtual Pets were first released in Japan in 1996, and the name literally stands for “egg watch,” which, when looking at the device itself, is very self-explanatory. These digital pets need to be fed, given water, put to sleep and much more in order to survive, which very strategically teaches responsibility to the kids who owned one of these. Pretty genius. That being said, they’re WAY easier to kill than real-life pets. If you want to give digital pet-owning another try, or just want an iconic hipster accessory, then you can snag one of these classic 90s toys on Amazon. 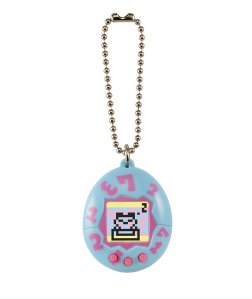 The Bop It, developed by Hasbro Toys, was first released in 1996 and took the kid’s world by absolute storm. The toy is designed as a multifunction, reaction-testing device that begins commanding you to do different actions by pressing the “bop it” button in the middle of the toy. Originally claiming the actions bop it, pull it and twist it, the toy eventually evolved to include “shout it” to add more difficulty. You truly will never seen kids concentrate harder than when playing Bop It. 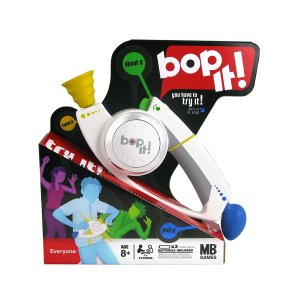 That’s right, you didn’t think we would forget the ultimate 90s toy, did you? If you didn’t have at least 10 of these small stuffed animals growing up, and if you weren’t 100% convinced they would one day make your rich, then you weren’t a true 90s kid. It’s just the way it works. While newer Beanie Babies still exist, the originals are clearly the cutest and most collectible. Tons can be found directly on Amazon and eBay, but before purchasing, you might want to check mom’s attic first to make sure you aren’t snagging any duplicates. 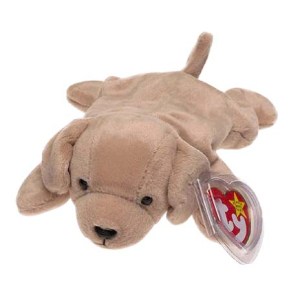 There’s truly nothing more I wanted in my entire life than to be slimed on national TV by someone on Nickelodeon. Honestly, the dream still holds true. Sadly the “sliming” days seem to be long over, but in recent years, the popularity of slime has come back full throttle in ASMR YouTube videos and aesthetically pleasing Instagram pages. If you’re looking to combine the forces of past and present by having fun with slime again, look no further than Amazon’s intricate selection of slimes. 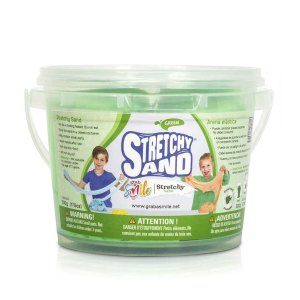 Although the Cabbage Patch Kids Doll has been in production since the late 70s, these cute (yet creepy) pudgy-faced pals were absolutely a staple of the 90s. If you didn’t have cabbage patch dolls, then your little sister did. Each individual doll came (and still comes with) an official birth certificate, stamping that parental instinct on kids before they could even say “mommy”. Original Cabbage Patch Kids Dolls are pricy, there’s no doubt in that, but current takes on the doll are mass-produced still today, so they’re super affordable. 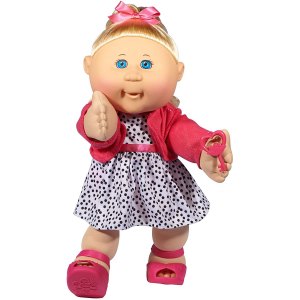 Nintendo’s third (and potentially most iconic) home gaming console, the Nintendo 64, aka the N64, hit the gaming scene in 1996 in Japan, later making its way overseas to the US in 1997. This baby has the option to attach four controllers for multi-player games like Mario Kart or Goldeneye, two fan-favorites that still have players going strong today. This no bells and whistles console doesn’t connect with players around the world like the Nintendo inventions of today, but that’s ultimately one of the best parts. You can still get this retro gaming console online starting around $100, and honestly, it’s a steal. 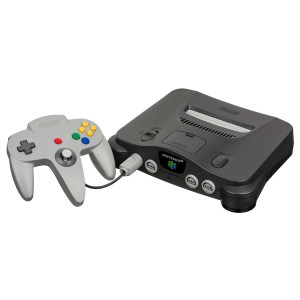 Yes, it’s *the* tape recorder Kevin McCallister uses to finesse his way into the Plaza Hotel during his solo adventure in New York City in Home Alone 2 . Thanks to their 15 minutes of Hollywood fame, these are clearly some of the best 90s toys ever invented. Although a little more pricey now because they are a novelty item, you can still purchase a Talkboy from various Amazon sellers at varying prices, and the majority of them still work, luckily. 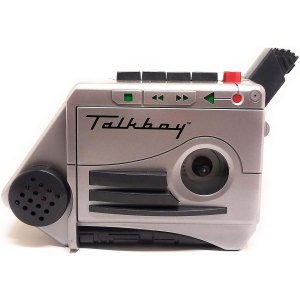 If you’re part of the small minority that actually liked the Furby phenomenon, then you’re in luck. These original design plush Furby toys are really pricey, however, because the manufacturers redesigned the Furby in 2012 to have LCD eyes and an interactive mobile app in an attempt to make them less creepy to all of us who still have nightmares about these 90s toys. If you’re looking to splurge, look no further. 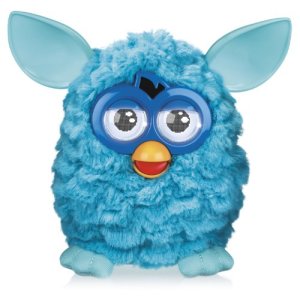 These Liquid Motion Toys Are The New Fidget Spinners