As the leader of the Pop Art movement, Andy Warhol walked the line between fine art, celebrity culture and advertising. Despite using an array of media that included painting, photography, film and sculpture, Warhol is most widely recognized for the blotted line style of his ink drawings, as well as his silk screens.

Drawing his inspiration from popular culture, much of his subject matter included consumer items such as Campbell’s soup cans and Coca-Cola bottles, as well as celebrities like Marilyn Monroe, Elvis Presley and Elizabeth Taylor.

“What’s great about this country is that America started the tradition where the richest consumers buy essentially the same things as the poorest. You can be watching TV and see Coca-Cola, and you know that the President drinks Coca-Cola, Liz Taylor drinks Coca-Cola, and just think, you can drink Coca-Cola too,” said Warhol, regarding the controversy of documenting common objects. “A Coke is a Coke and no amount of money can get you a better Coke than the one the bum on the corner is drinking. All the Cokes are the same and all the Cokes are good. Liz Taylor knows it, the President knows it, the bum knows it, and you know it.”

Now, a new home series from 2 Modern lets you bring some of Warhol’s most famous works to life right inside your own home. The Andy Warhol x Flavor Paper is a wallpaper collection that features some of Warhol’s most memorable images. They’re all custom-made to order, with various inks and materials. From Red Elvis for rock n’ roll fans, to Small Flowers for those seeking an edgy take on basic floral wallpaper, here are our five favorite prints from Andy Warhol x Flavor Paper.

“The idea is not to live forever, it is to create something that will.”

Created by Warhol in 1962, Red Elvis features Elvis Presley in a repeating pattern with discernible deterioration in some impressions as the screening progressed. 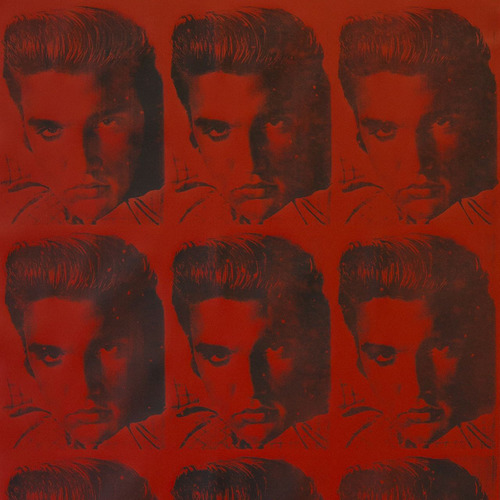 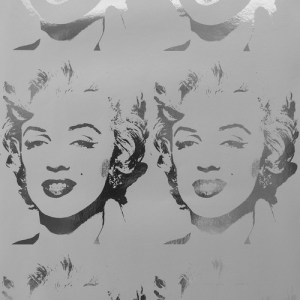 “My idea of a good picture is one that’s in focus and of a famous person.”

Taken from Warhol’s 1985 “Reigning Queens” series, the primary image is based on a photo of Queen Elizabeth II sporting her tiara during the 1977 Silver Jubilee. 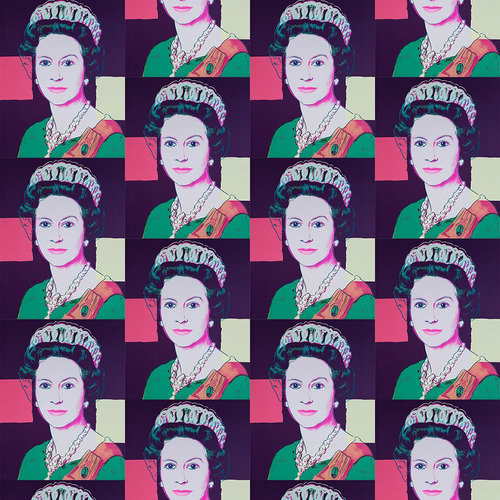 “I like painting on a square because you don’t have to decide whether is should be longer-longer or shorter-shorter or longer-shorter: its just a square.”

First rendered in in 1964, Small Flowers was based off a photograph of Hibiscus flowers by Patricia Caulfield, who at the time was executive editor of Modern Photography magazine. Often considered Warhol’s take on psychedelic style, it was repeated in canvases of various sizes to cover full walls for an effect that looked like wallpaper. 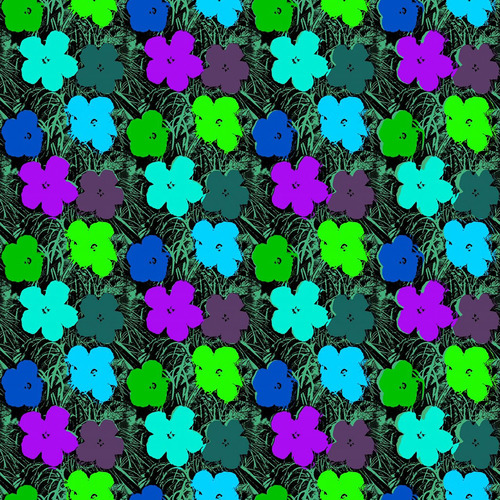 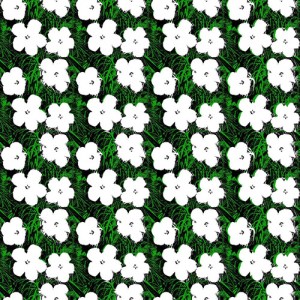 “A picture means I know where I was every minute. That’s why I take pictures. It’s a visual diary.”

Long before Kim Kardashian found Instagram, Andy Warhol was turning his own image into fine art. From photo booth self-portraits taken in the 1960s, to an MTV show called Andy Warhol’s Fifteen Minutes and a 1986 series of self-portraits known as “fright wig,”  Warhol was the inventor of selfie style. 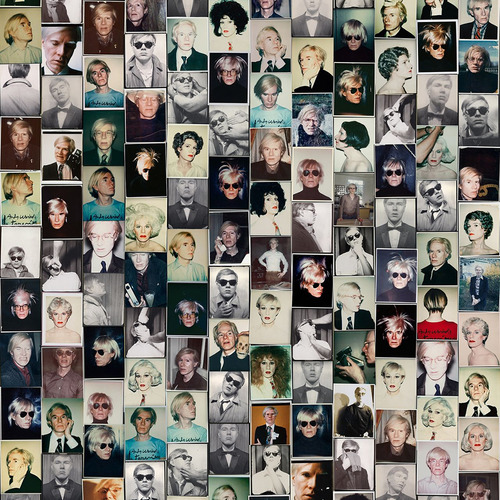 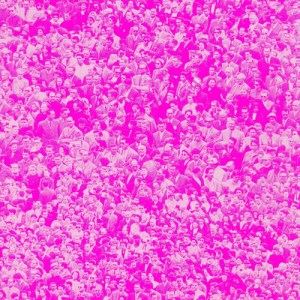 “Isn’t life just a series of images that change as they repeat themselves?”

You can discern Warhol’s belief that survival depends on seeing without being seen in his series of Camouflages. Because he created a simple yet flowing camouflage, you can customize your Camo to make something truly unique. 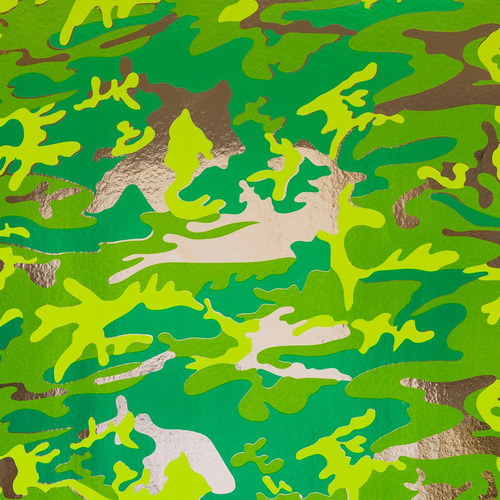 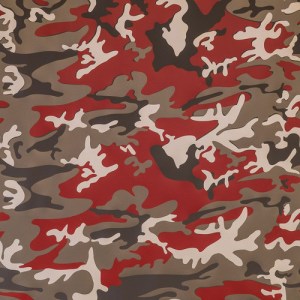 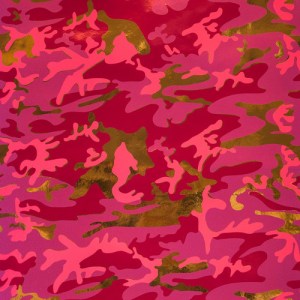