* Mattel has released Barbie’s new slogan, “You Can Be Anything”
* The campaign is designed to empower girls to dream big
* It features Barbie in a variety of careers, including Firefighting and Game Development

Barbie’s got a new outlook on life, and a new tag line to go with it. ” You Can Be Anything,” is officially Barbie’s new message. Mattel’s new branding revamp hopes to encourage and inspire young women, and it comes with an accompanying advertisement that shows five young girls acting out the careers they would like to have when they’re older. At 56 years old, Barbie is looking to update her outdated image, and combat criticism that she reinforces traditional gender stereotypes and promotes an unrealistic body image. Here are the best career Barbies to inspire the little ones.

Does your little one love whipping up (or attempting) concoctions in the kitchen? This Chef Barbie, decked out with a smart apron and bright pink pants, send s clear message- the future of gourmet cooking is female. 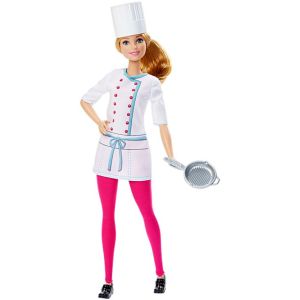 Many kids adore their pets growing up, inspiring them to want to become veterinarians when they’re older. This Barbie comes equipped with a lab coat, stethoscope, and an adorable puppy. 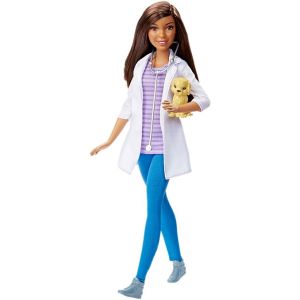 In the wake of the wildfires currently ravaging California, we need firefighters- both male and female- now more than ever. Breaking down traditional ideas of firefighting as a masculine profession, Barbie is ready for action and her hair is still flawless. 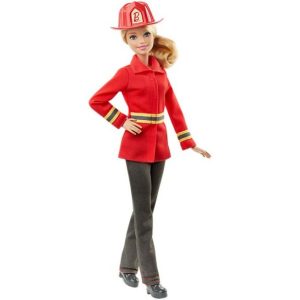 An industry notoriously dominated by men, Barbie is ready to take action and lead the way in game development. Wit funky bright hair and headphones in hand, it can help young women dream up new stories and game ideas. 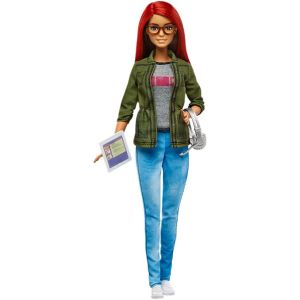 In the USA, it’s estimated that 5.12% of pilots are female. Attempting to break through that gender inequity, Pilot Barbie is in a smart blue suit, ready to take flight. 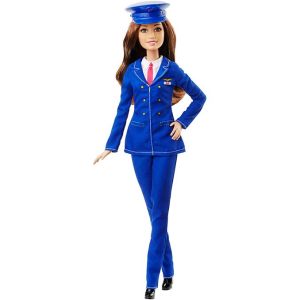 Despite the outcome of the most recent presidential election, Barbie holds out hope for America’s first female president and vice president. Dressed in patriotic red, white and blue, Presidential Barbie is stylish and powerful, and bears a resemblance to a famous former first lady- just a coincidence, or a prediction? 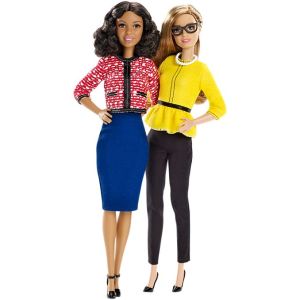