* Create a spa-like atmosphere in your very own bathroom
* Simple bathroom upgrades to increase your overall well-being
* Multitaskers take note!

Regardless of what your current bathroom routine is, there’s probably no denying that it could use some improvement. The reality is that you can upgrade your bathroom without having to demolish what you have in favor of pricey renovations. In fact, all of our picks are under $50, and require little to no assistance to install.

Unless you’re taking Alexa or Siri into the bathroom with you, this might be your best option for jotting down any notes or reminders. 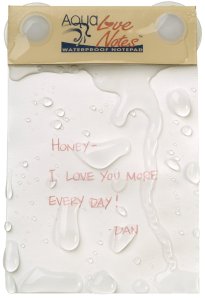 A glass holder for your wine while you take a bath (or shower)? Brilliant! 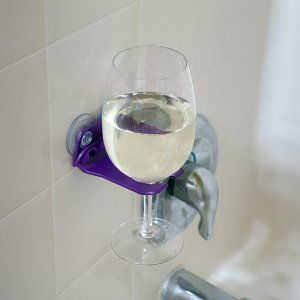 If you insist on having your phone or tablet with you at all times (even in the shower) you should probably invest in Screenholder’s shower curtain. It will provide you with the freedom of hands-free operation of your devices while you shower. 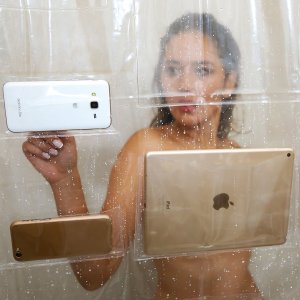 This little bluetooth speaker is waterproof, floats, comes with mood lighting and even a built-in FM radio. This little speaker probably sounds way better than your phone on blast. 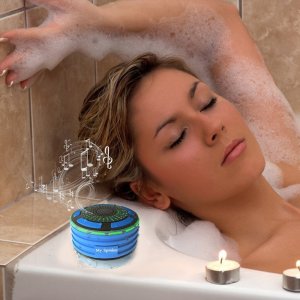 This is pretty neat – it doubles as a digital thermometer and bumper between your little one’s noggin and the faucet. 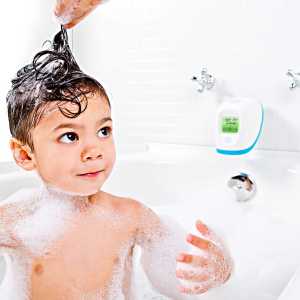 Image courtesy of Bed Bath & Beyond

This bamboo bathtub tray is adjustable and won’t get funky with mold or mildew and you can rest just about anything on it. 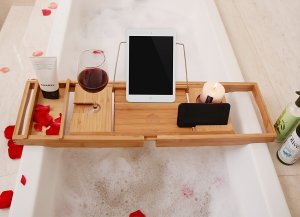 Aromatherapy can help alleviate, cure or diminish your level of stress, and now you can take its healing powers into the shower with you. 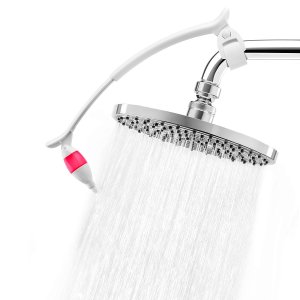 Similar to shower heads you might find in a hotel, the HotelSpa Shower Combo doubles up on the standard number of heads and even color codes each one with LED lights for a bit of ambiance. 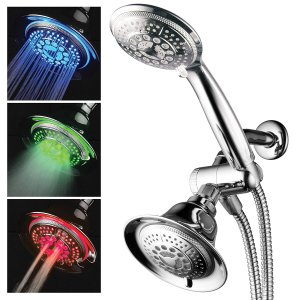 Buy Now on Amazon
All Things Bath and Shower