* Soft, warm and cozy for all seasons
* Hypoallergenic options that won’t trigger allergies
* Reversible and box-stitched to keep the filling in place

Everyone knows a good night’s sleep is essential to a healthy life. But it’s not just about finding a solid mattress and pillow. Studies have shown that having a solid comforter can also go a long way towards smoother sleep.

Look for something that’s large enough to curl up in, without being too heavy (to avoid sweating through the night). Also look for ones that contain down alternative fibers, if you’re prone to allergies.

Here are 7 comforters below 40 dollars that will have you drifting off to dreamland before you can even begin to count sheep.

Summertime and the sleeping is easy with the AmazonBasics Reversible Microfiber Comforter. This easy to care for comforter will keep you warm without feeling like you’re weighed down. And since it’s reversible, it’s like getting 2 comforters in one. 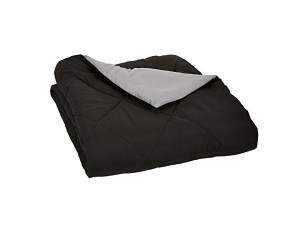 Tucking in under the AmazonBasics Down Alternative Comforter feels like you’re sleeping in the clouds. Light, snug and totally comfy. Pretty enough to use on its own. But, it also has corner loops to keep it in place inside a duvet. 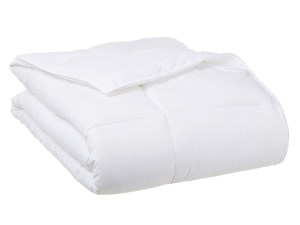 Goose down comforters feel amazing, but can trigger allergies for some. However, this soft goose down alternative comforter set is just the thing to keep you cozy without the irritation. And, the modern print looks fantastic and is neutral enough to work with any décor. 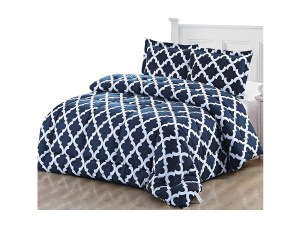 The Box Stitched Down Alternative Comforter by Utopia Bedding delivers a crisp look with piped edges and elegant box style that looks beautiful and prevents the fill from shifting during the night. 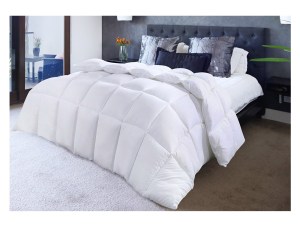 Got a duvet in need of some stuffing? It doesn’t get much softer than this Duvet Insert from Utopia. It features plush, siliconized fiberfill that’s hypoallergenic and features a barrier that protects against dust mites and mildew. 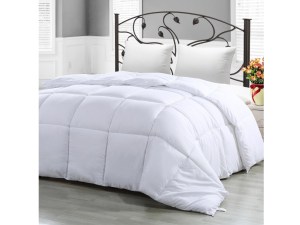 Forget frigid nights. This Linenspa All-Season Reversible Down Alternative Quilted Comforter keeps you wonderfully warm all through the night. The box stitching keeps the fluffy filling in place. Plus, it’s machine washable. 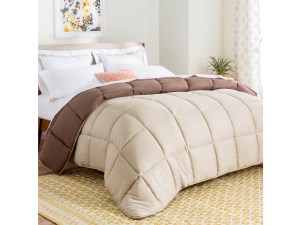 No, you’re not dreaming. This KingLinen Down Alternative 3-piece Comforter Set is exquisitely soft, fabulously comfortable, and 100% hypoallergenic. Even better, the whole snuggly set is yours for under $40. 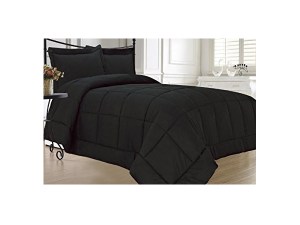