August 11, some may know, is National Presidential Joke Day. And while this year’s festivities got off to an early start with a giant inflatable golden haired chicken appearing behind the White House, here are some entertaining party games you can play with your friends, because after all, if history has taught us anything, it’s that innocent parlor games and existential dread are as patriotic a combo as apple pie and air raid sirens.

“Strumped” is a combination trivia/challenge game that pits you against your pathetic, loser, low-energy friends in such entertaining ways as the “tiny hands challenge.” Compete using the “bricks” cards and be the first to build that wall, as some of our vacationing collegians perhaps regrettably chanted while vacationing in Mexico this past Spring Break. 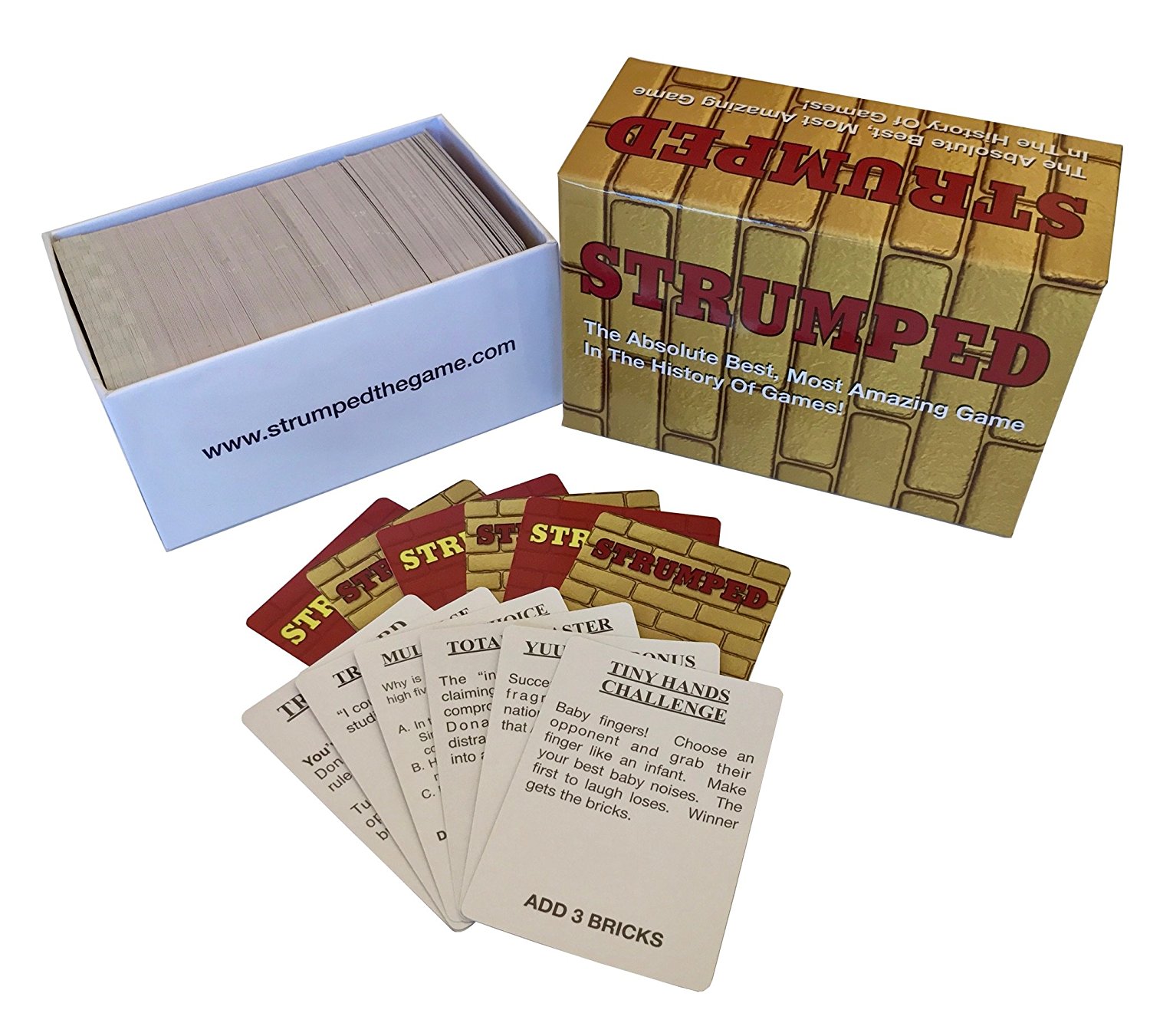 Trumped Up Cards is a Cards Against Humanity-like game that aims to test you and your friends’ trivia knowledge when it comes to what is, according to the game, one of the biggest Cards Against Humanity currently in play. The Trump card, if you will. This game aims to make your sad, failing, overrated social life great again. Bigly. 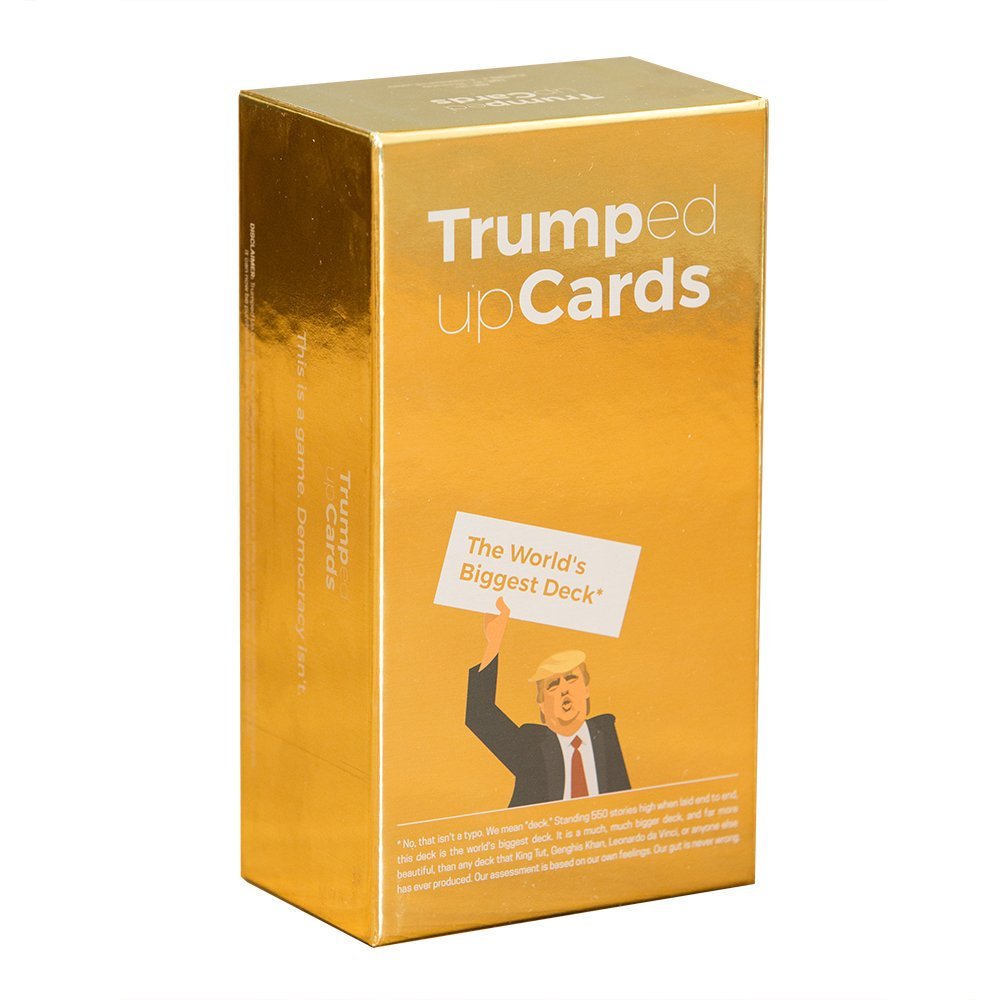 This game invites you to toss the beans and put your money where your mouth is, putting a very presidential spin on the classic American game where you throw a sack of beans toward a hole in a piece of cardboard. (This one’s made of a water-resistant MDF, which promises to stand up to multiple sessions — even if the president can’t). 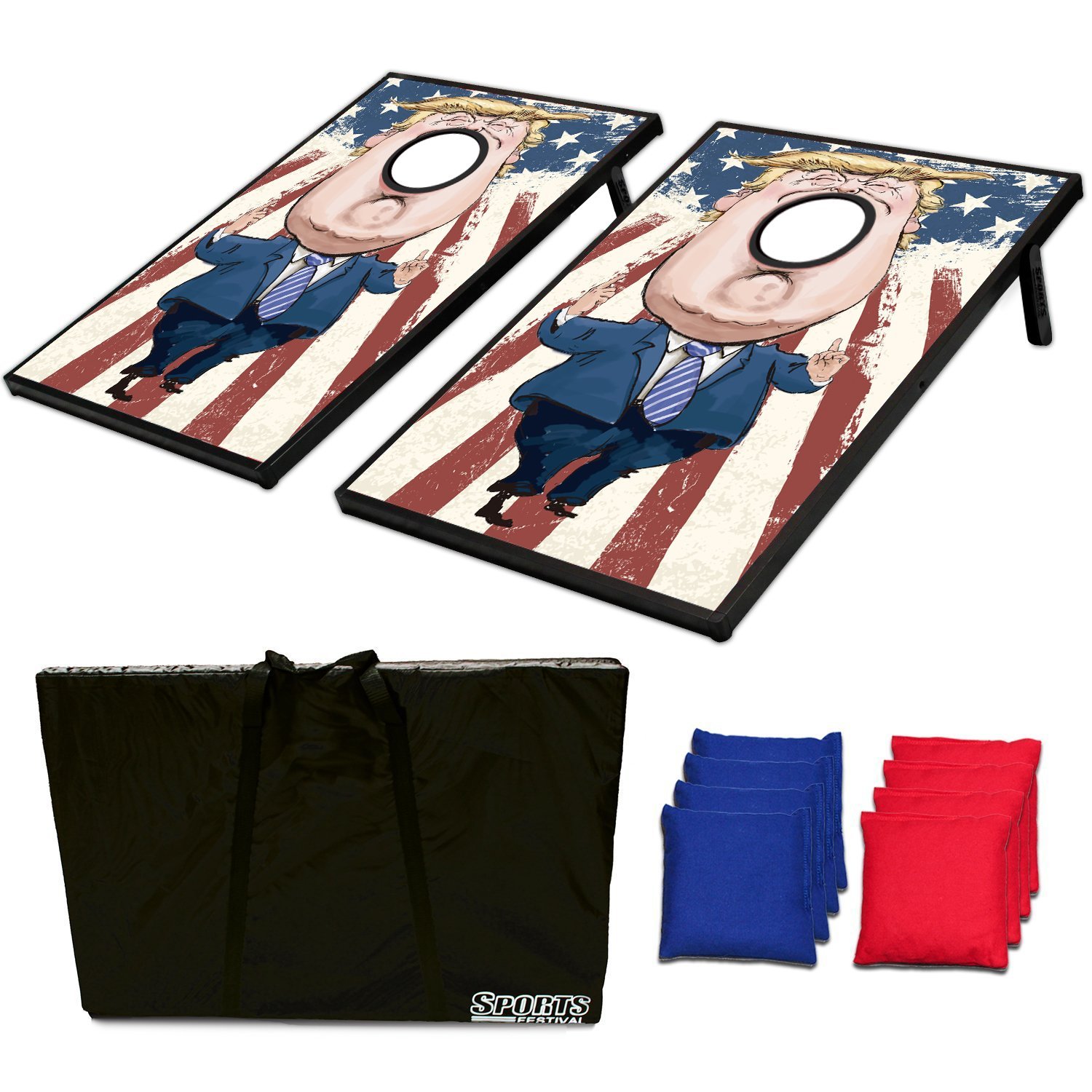