Every new parent has heard about the dangers of screen time and allowing children unmonitored access to the internet. These are both valid areas of concern that should be addressed in an ongoing discussion between parents and their children. But there’s also the reality of growing up in the 21st century. Parents often work outside the home, leaving less time for daily housekeeping chores and in turn, less time to spend focused on their little ones. Kids are also exposed to TV, movies, video games and apps from an early age and may get left behind in the classroom and among their peer groups without knowledge of emerging technologies and pop culture references. Apps focusing on educational material that is fun and informative while also providing parental controls help to bridge the gap between mindless viewing and informative, interactive content.

Lately, kids are spending more time at home than ever and parents are pulling double duty as homeschool instructors and full-time employees, quickly becoming stretched beyond their limits. These apps provide fun and educational content and allow for ‘supervised’ downtime thanks to parental controls that set limits on usage, content and chat functions.

If you’re keeping a toddler busy during a Zoom meeting or helping your preteen stay connected to their friends, these apps help make parents feel good about screen time.

Whether your child needs a little help catching up, getting ahead, or you just want an app that makes you feel good about screen time, the ABC Mouse app is a great fit for most kids ages 2 to 8. Used in classrooms and libraries, ABC Mouse is designed by academic experts to help prepare kids for success in kindergarten and beyond. There are 10 levels to choose from with more than 10,000 learning activities in total, including 900 Spanish-language books and activities. Free from ads, kids can practice their math, music, art, reading and writing skills in an interactive and fun environment. Books, videos, puzzles, songs and games are available to choose from in all topics and parents can track their child’s progress. Because of ABC Mouse’s large library of educational tools, it does function best with the optional subscription. 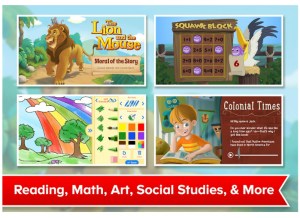 Toca Boca is a leader in apps for kids and has several titles to choose from. Geared towards fun but still offering educational benefits, the Toca Boca apps typically focus on a specific field, like hairdressing, cooking and medicine, but their Toca Life World encompasses these areas and more. A Sims-like game for kids ages 6 to 12, users can pull in the avatars from their other Toca Boca apps to build their own stories in this open-ended play game. Parents can turn off several features, including access to the microphone that allows kids to record their voice for their app. Eight locations and 39 characters come free with the app with more available for purchase. 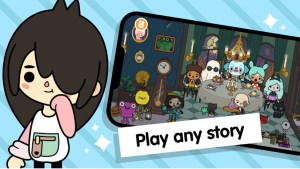 For older kids who like the open-ended play of Toca Life World, we recommend Roblox. The role-playing app allows users to create their own worlds that they and others can play in, making for endless playing possibilities. Users can customize their avatars and their surroundings while also interacting with friends on the app. Roblox is recommended for users ages 10 and up and parents can turn on chat restrictions for players under 13, which is a good idea since anyone can contact users through the app. Parents can set a four-digit pin code to ensure their kids can’t make any changes to the app, like opening the chat option. It’s important to note that there is some violence included in the game, which is not intended for younger users. 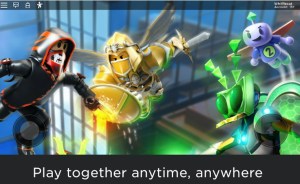 For kids between the ages of 6 and 13, learning math is finally fun thanks to the Prodigy Math Game. The fantasy-based game helps kids learn by answering math questions in order to learn spells, battle monsters and advance to higher levels in the game. Parents are able to set up a dashboard and customize the game for their child’s learning levels, with all questions written in alignment with state-level curricula. Kids can also chat with their friends who are on the app, but Prodigy only allows users to choose from a list of their pre-selected phrases. The app is free, but a subscription option allows kids to access more levels and the app can be relentless in its popups asking users to add a subscription. 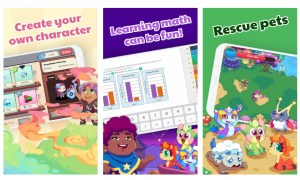 PBS Kids has several apps, including a video app that allows users to stream their educational and award-winning shows like Daniel Tiger, Dinosaur Train, Let’s Go Luna, Curious George and Cat In The Hat. We also like the PBS Kids Games app, which uses the station’s popular shows as the background for educational games. More than 100 games designed for kids ages 2 to 8 are available on the app and include mazes, puzzles, coloring and dress-up with an emphasis on reading, math and science. We also like that there are offline games available that won’t eat up parent’s data. 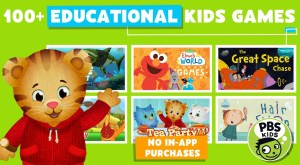 Although many libraries now offer e-books for loan, popular titles often have a wait time like a traditional physical book and there are no interactive options. With Epic!, an $8 subscription covers a library of 40,000 books for toddlers up to preteens (and no ads!). Profiles with reward levels and badges for each child can be made, age limits on browsing can be set, favorite lists can be built and the app offers several features to help busy parents, including an audiobook option for each book that is great for kids who can’t read or still new to reading. Young readers can also tap on a word to get its definition and many books include quizzes and fun facts at the end. Spanish, Chinese and French books are available, as well as educational titles and graphic novels. The app is somewhat limited on preteen books, but it has a huge selection for younger kids. 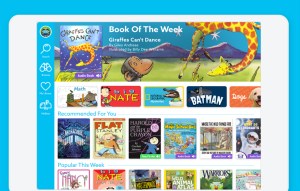 BEST FOR DEALING WITH EMOTIONS

Adults deal with big feelings every day and so do kids, but they have fewer tools on how to deal with these overwhelming emotions. Many meditation apps for adults have now started building sections just for kids and one of our favorites is the Calm app. Designed for kids ages three and up, the app includes guided meditations on belly breathing, lowering anxiety, and how to practice gratitude. Younger kids will likely need help from parents to set up the meditations, but there are several topics to choose from and feature soothing nature sounds. Meditations range from 3 to 25 minutes and the app also includes several choices for calming bedtime stories for younger users, like The Velveteen Rabbit. Bedtime is often a struggle for parents and we like that the app includes guided meditations on achieving a deep and peaceful sleep which helps children practice good sleep health at an early age. 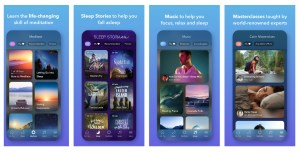 BEST FOR KEEPING IN TOUCH

Now more than ever it’s important for kids to feel connected to their friends and family members. Using the Facebook Messenger App for Kids, parents are able to have some control on who their child is speaking to, when and for how long. Parents can set usage limits, turn the app off at a predetermined bedtimes and manage contact lists. Parents also receive notifications if their child blocks a contact. The app is fun for kids thanks to filters and sound effects. Video chat is available and there are no ads and kids don’t require a phone number. Of course, it’s still Facebook so where and how data from conversations are being stored is murky, but this provides an easy-to-use messaging system for younger children and gives parents more control than traditional texting. 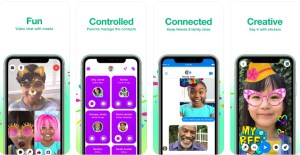 Most parents have begrudgingly handed over their smartphone to a screaming child while at a restaurant/grocery store/on a plane/while cooking/while working/while trying to pee in peace only to find the tiny person who can’t open a door has now found an R-rated movie clip on YouTube. Un-nominate yourself as Worst Parent of the Year and instead download the YouTube Kids app, which offers a safer viewing experience with videos geared towards families and kids. Parental controls allow parents to limit screen times, view a list of all the videos their child has watched, block a video or channel, and create up to eight profiles for each child. And if you have eight children, you deserve to pee alone every once in a while. 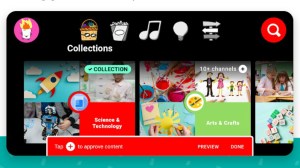