Lint. It’s hard to tell where it comes from, but it’s easy to spot when it’s there. For a simple and quick clean up, try one of these five effective brushes, all available at affordable prices to keep your clothing, car and furniture lint-free.

With nine refills included, lint doesn’t stand a chance against this brush. Use this handy roller on clothes or furniture, and you don’t need to feel guilty about throwing it in the bin either, because the shell is made of oraganic wooden pulp. 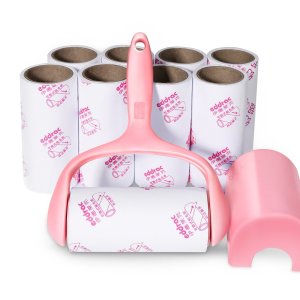 For another more eco-friendly option, this reusable roller uses a special adhesive glue that won’t leave a mark on your clothing or furniture. As lint collects, you only need to wash it with warm water and soap for it to be fresh and ready to use again. 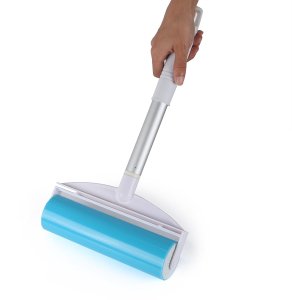 For another lint roller that won’t require pesky refills, this dual-sided tool easily removes lint and pet hairs from clothing, furniture and cars. Once it’s coated, you dip it in the base to clean it. It’s also travel-sized, and easy to bring with you while you’re on the go. 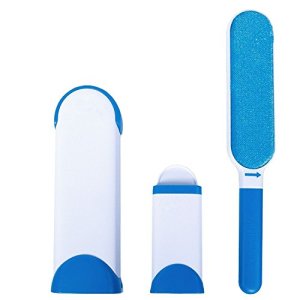 For those hard-to-reach areas (especially large pieces of furniture), this extra-long lint roller has an extendable handle, and can reach up to 4 feet. Rather than fussing with the vacuum, use this lint roller to quickly and quietly pick up pet hair and dust around your home. 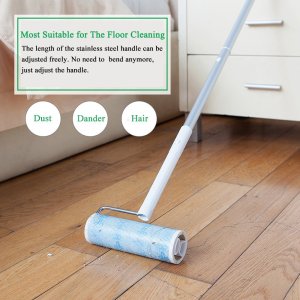 For some more heavy-duty lint removal, this electric tool uses rotary blades for an efficient clean up. It’s two inch head also has a broader reach than most average brushes. Great for sweater or yoga pants with extreme pilling, this electric remover works fast and effectively. 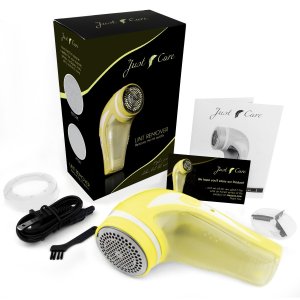 Image Courtesy of Amazon
Buy: Just-f-Care Lint Remover - Best Electric Rechargeable for All Types of Clothes and Fabric $29.99
buy it
Clean Up Your Act: The Ultimate Guide to Cleaning All the Things