* They’re here, they’re loud, and some of them will even charge your phone
* Alarm clocks for the heaviest of sleepers
* Plus, a sci-fi-inspired alarm clock to really get you out of bed

If you tend to snooze like Rip Van Winkle, the 1800s folk tale character who slept for so long he woke up thinking it was still the 1700s, having no idea the United States or democracy ever happened, then here are some alarm clocks loud enough to rouse even that most somnolent of colonial cider-drinkers.

They won’t make you “woke,” but they will wake you up in a literal sense.

The good thing about this neo-classically styled twin bell alarm clock is that it might have an old-fashioned physical bell mechanism, but that doesn’t mean it stayed in the 1700s like Rip Van Winkle. No, it has a digital weekday/ weekend dual function, plus an LCD display that comes straight from 1992. 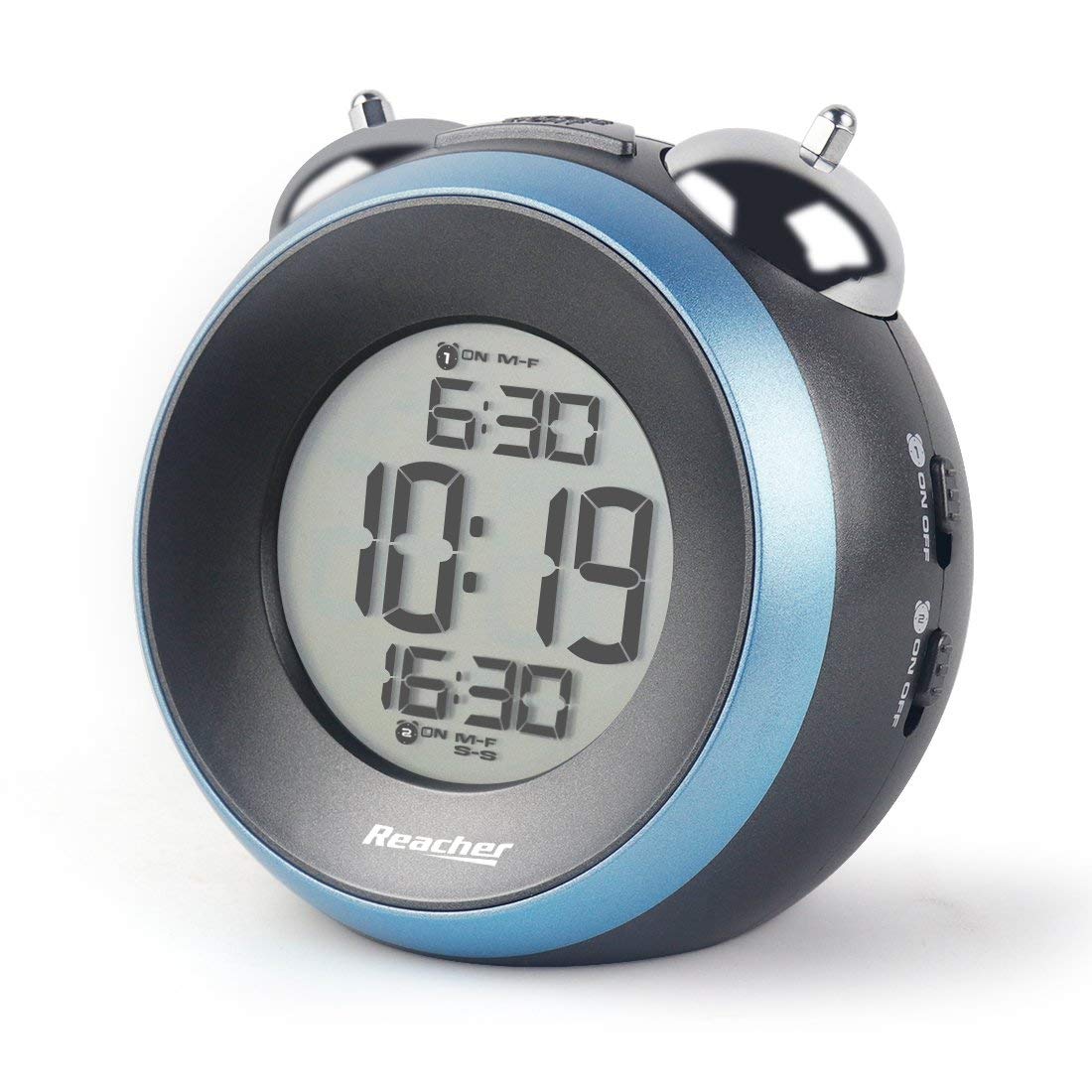 This wild alarm clock is billed as having up to 102 Db of sound, which is sort of like having someone start up a Harley in the next room. It probably has a medical disclaimer of some sort. Oh, and there’s also a haptic “bed shaker” device included. 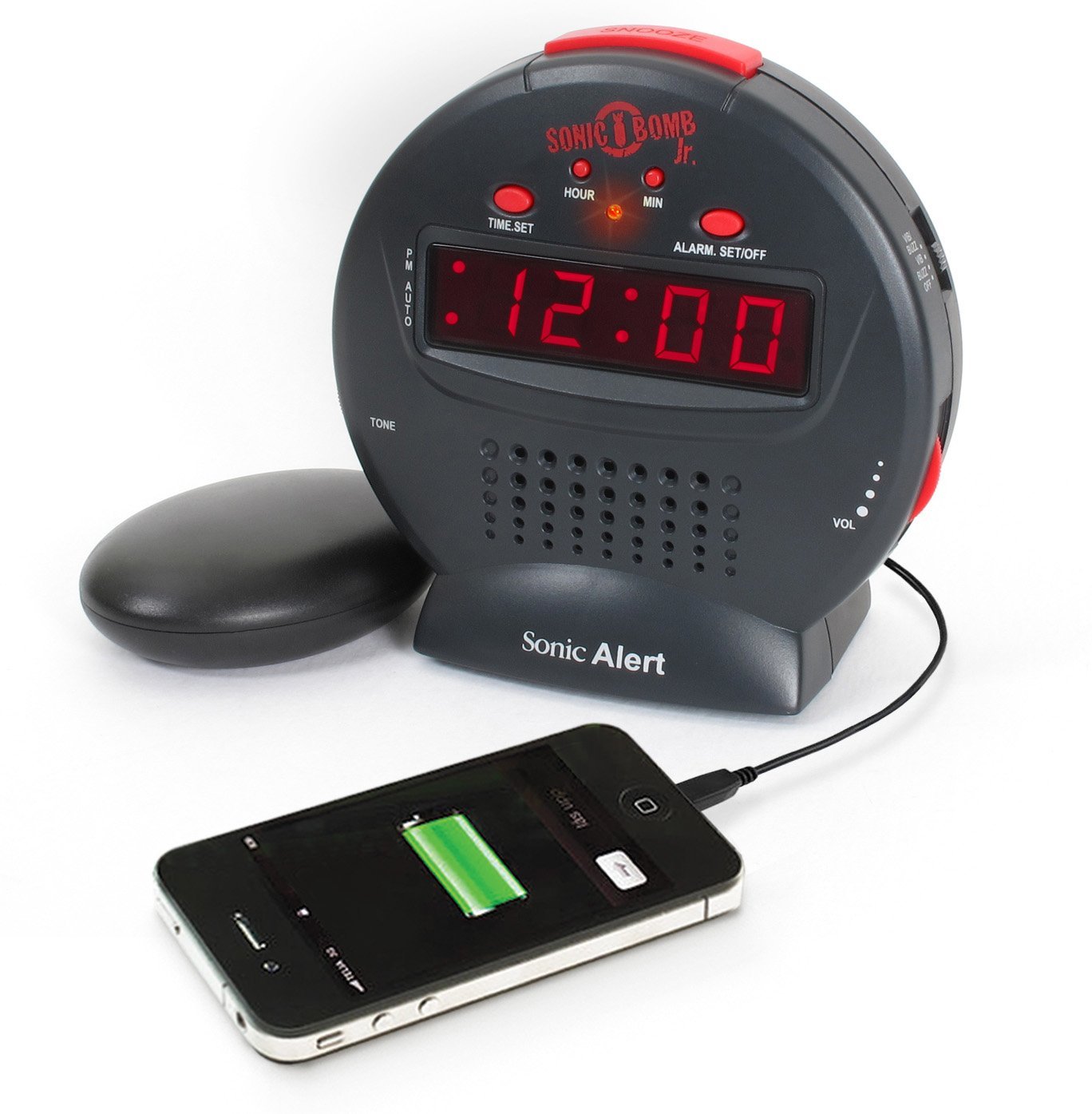 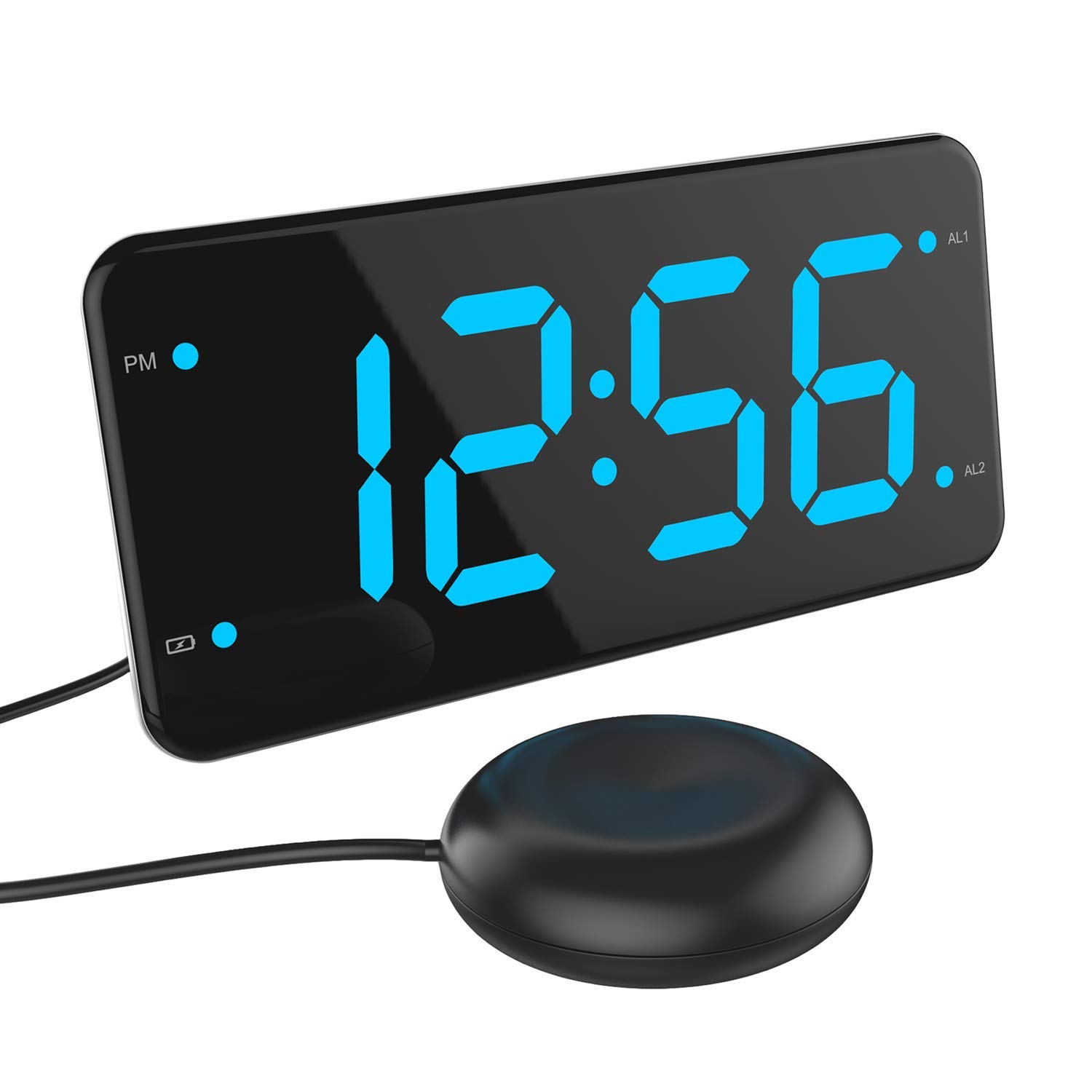 This “Sonic Bomb” alarm clock from sonic alert has quite a few features that fortunately aren’t what they sound like, including a “bed-shaker” and a “flasher alarm.” It also comes with “pulsating” lights and a display color described as “explosive red.” Seems like a party. Well, as they say, it’s eight AM somewhere… 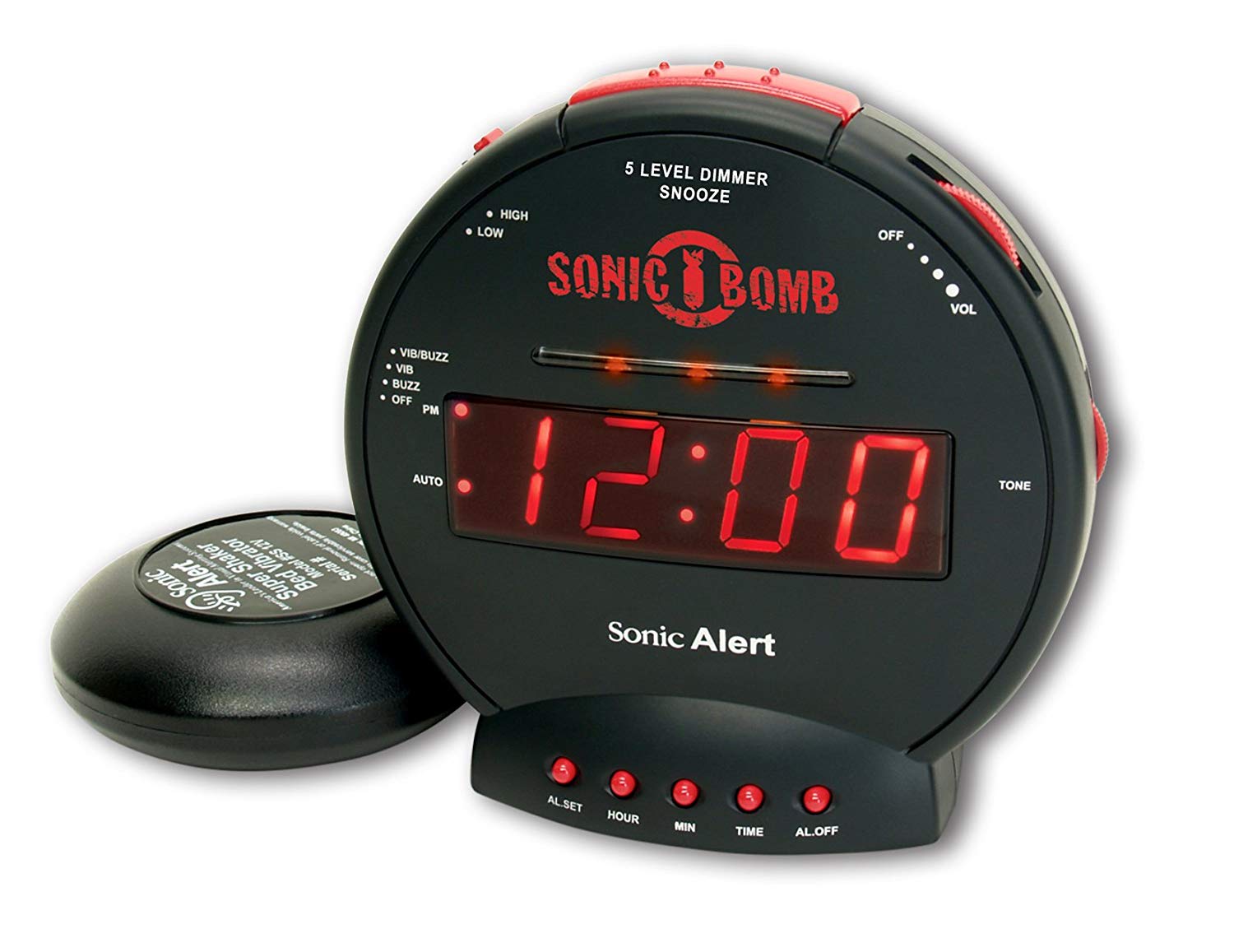 This cool cube from Gala Home goes one more step further from the 1700s by including Bluetooth and wireless charging. Plus, for Sleeping Beauties and cranky Dutch colonials alike, it is assuredly much louder than your phone. 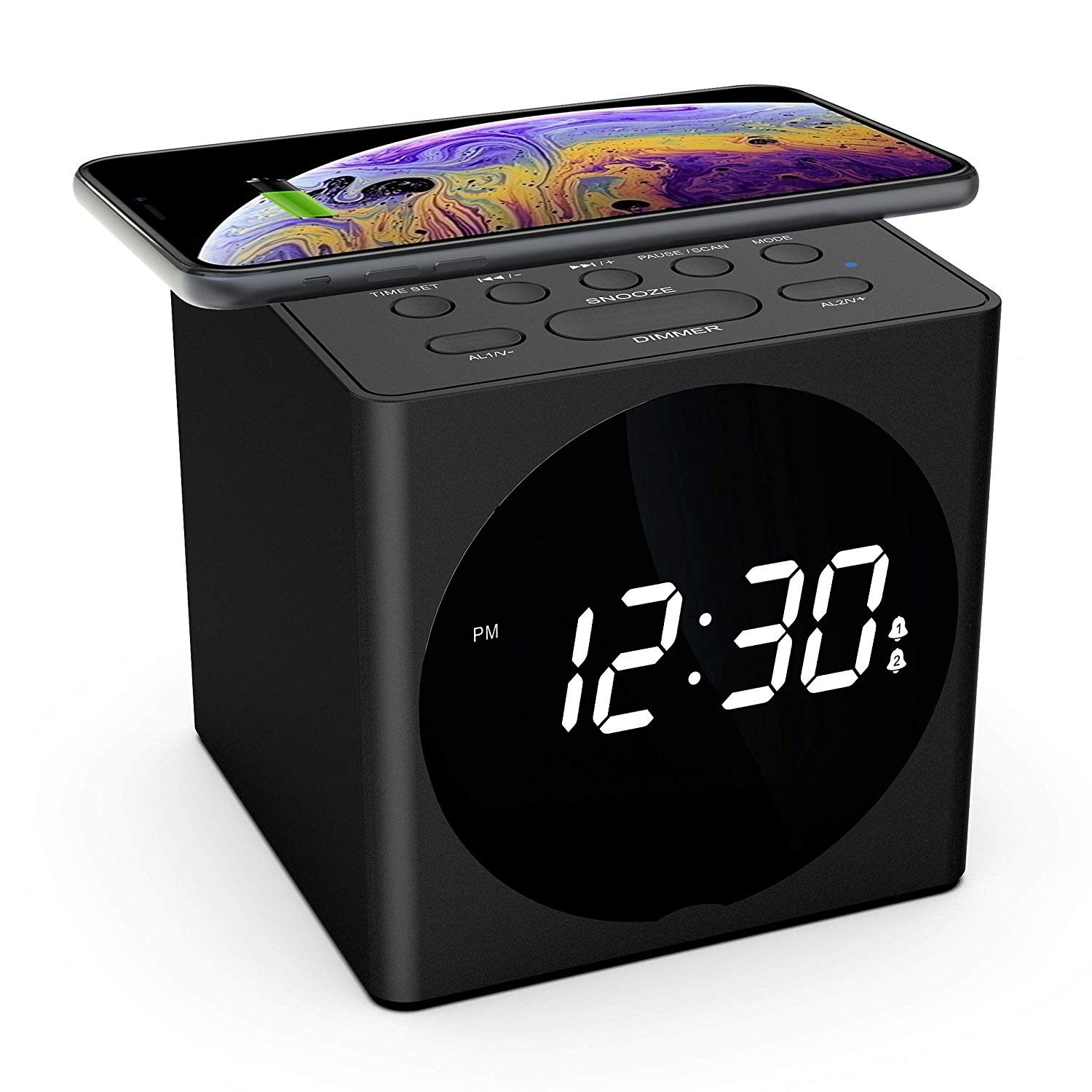 This robot alarm clock on wheels might make you feel like you woke up 20 years in the future. It also looks oddly like something Washington Irving might have dreamed up, based maybe on legends of ancient “automata,” or clockwork figures that moved around on their own, inspired by the “Thousand and One Nights.” 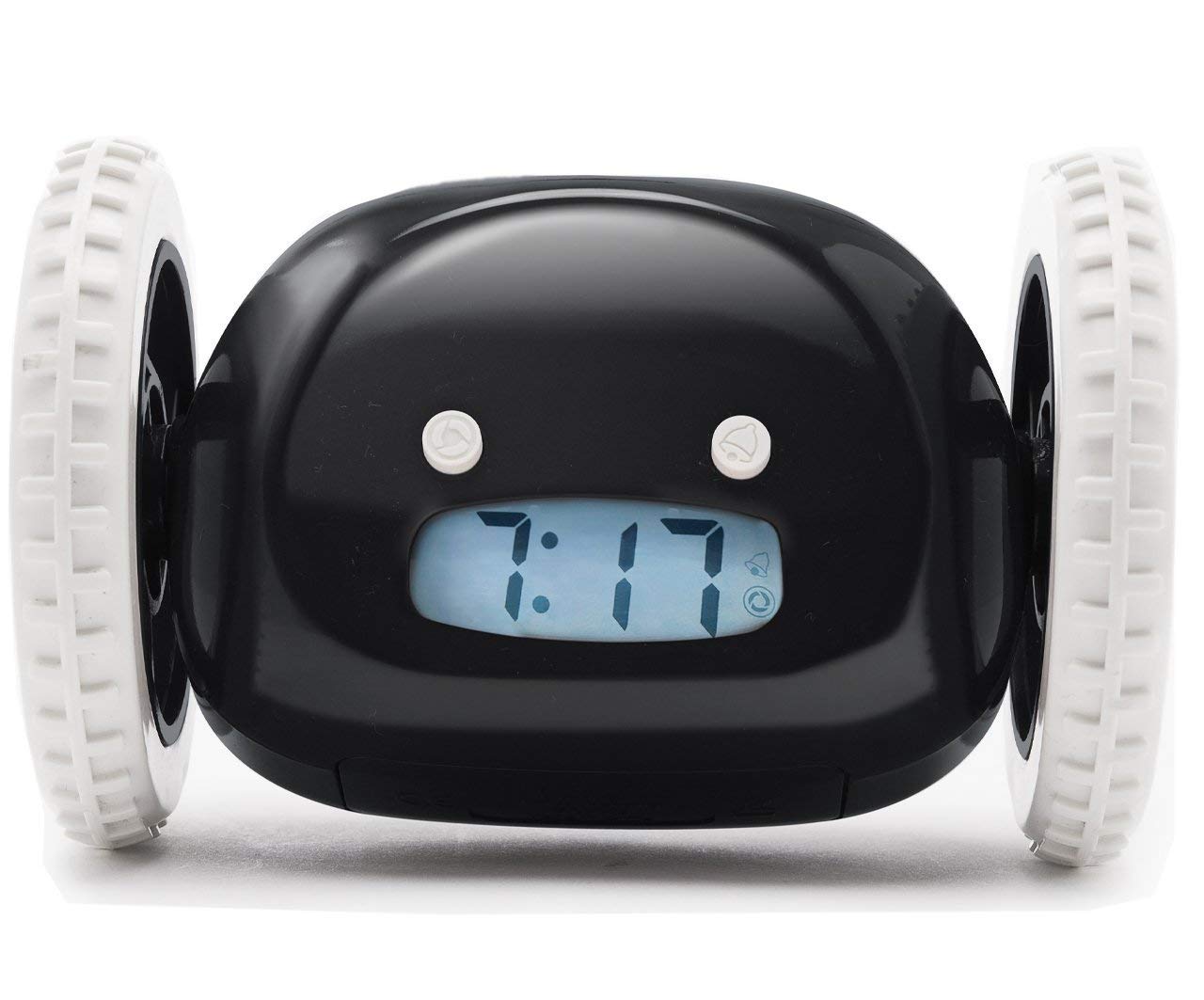