When it comes to common pests, rodents, with the possible exception of termites, can wreak the most havoc on your home. Besides carrying disease, mice and rats can cause a lot of problems because they can chew through just about anything. From insulation to wood to even aluminum, the gnawing ability of rodents would be almost admirable if it weren’t so destructive. And even if they can’t chew through it, they can burrow under it. Both mice and rats can squeeze into holes that are far smaller than their body size. In fact, the worst-case scenario that a rodent can cause is probably a fire — this can happen if they chew through wiring.

When you need to eliminate your pest problem, it’s important to first identify what kind of rodent you’re dealing with. The three major kinds of pest rodents in the US are, in descending size order, the Norway rat, the roof rat, and the house mouse. Rats are bigger and stronger, so they’re able to chew through some things that a mouse couldn’t — a strong rat can even chew through a cinder block.

A spring trap won’t work for a rat, for multiple reasons. The most obvious problem is that rats are too big. Not only that, rats are suspicious creatures. They’ll avoid unfamiliar objects, such as a trap. Mice, on the other hand, are curious by nature, making spring-traps an effective solution. Traps are the best DIY approach to dealing with mice, especially compared to poison. For one thing, many traps are designed to be safe around children or pets.

Having rodents of any sort is an unenviable position. But if you’re in the comparably fortunate position of having mice, not rats, then it’s worth considering these traps below.

These traps from Authenzo are an update on traditional traps. They replace the wood base with a polystyrene one — that makes it easy to clean and reuse them. These traps are very sensitive, so they’re designed to snap quickly. Each order consists of six traps. The trap can be set and released away from the target area, reducing the risk of injury to fingers.

Pros: Traps are set and released away from the target area, reducing the risk of injury to fingers. Polystyrene surface doesn’t retain odors, making it reusable.

Cons: The traditional design still makes it possible for a mouse to steal the bait. 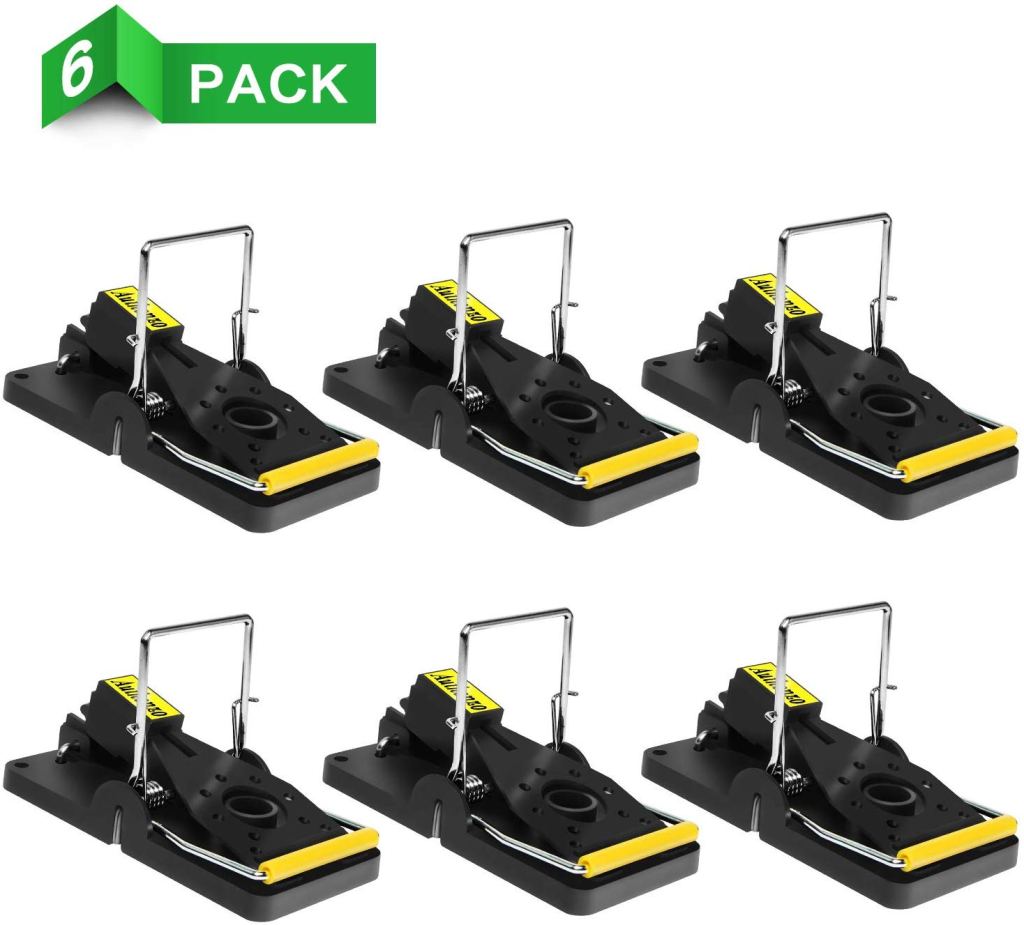 If you need to deal with your rodent problem but don’t want to cause harm, then it’s worth considering these effective traps from CaptSure. They’re simple to use — the bait is placed at the end of the tunnel, and the weight of the mouse causes the door to snap shut.

Cons: Tube is fairly short for most mice. 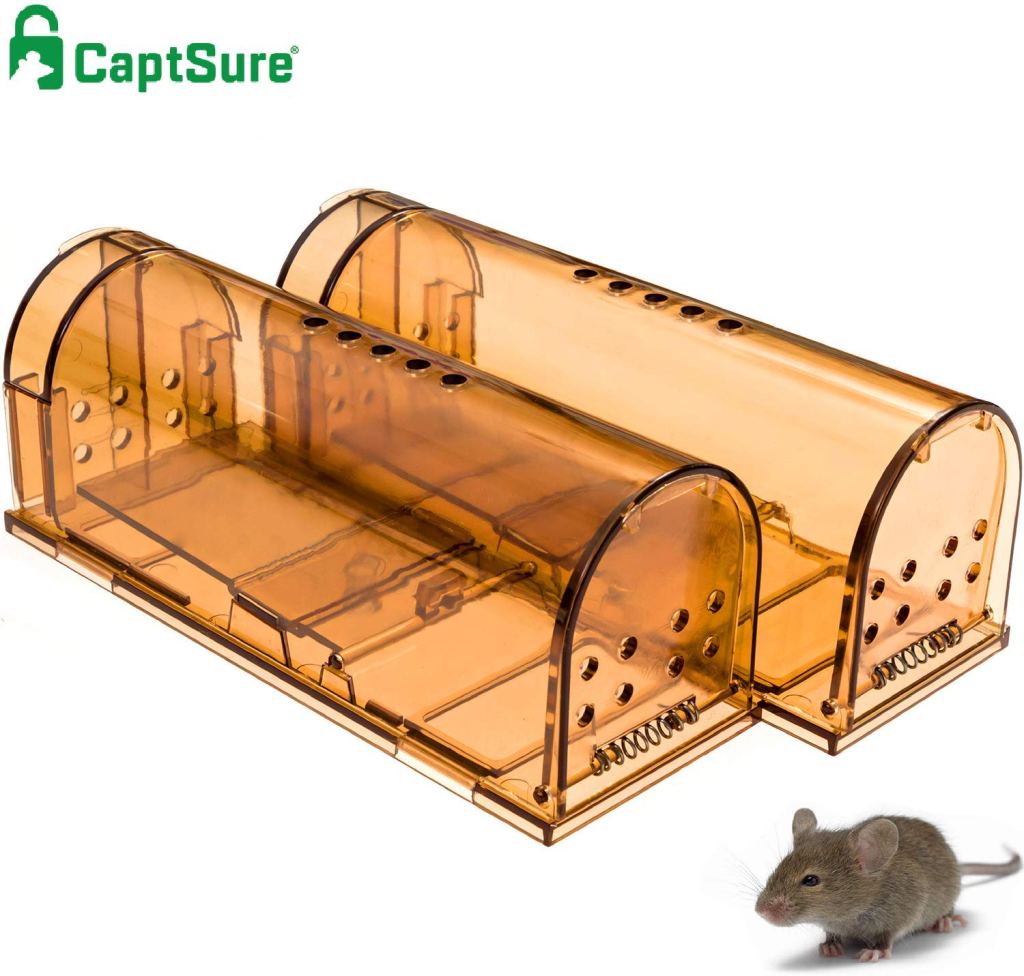 This traditional trap is an affordable option for dealing with mice. Each order consists of two traps that are made out of durable plastic. That makes them easier to sanitize and reuse than wooden traps. The grab tab on the back of the trap makes it easy to use the trap without having to touch the target area or the rodent.

Cons: Not as durable. 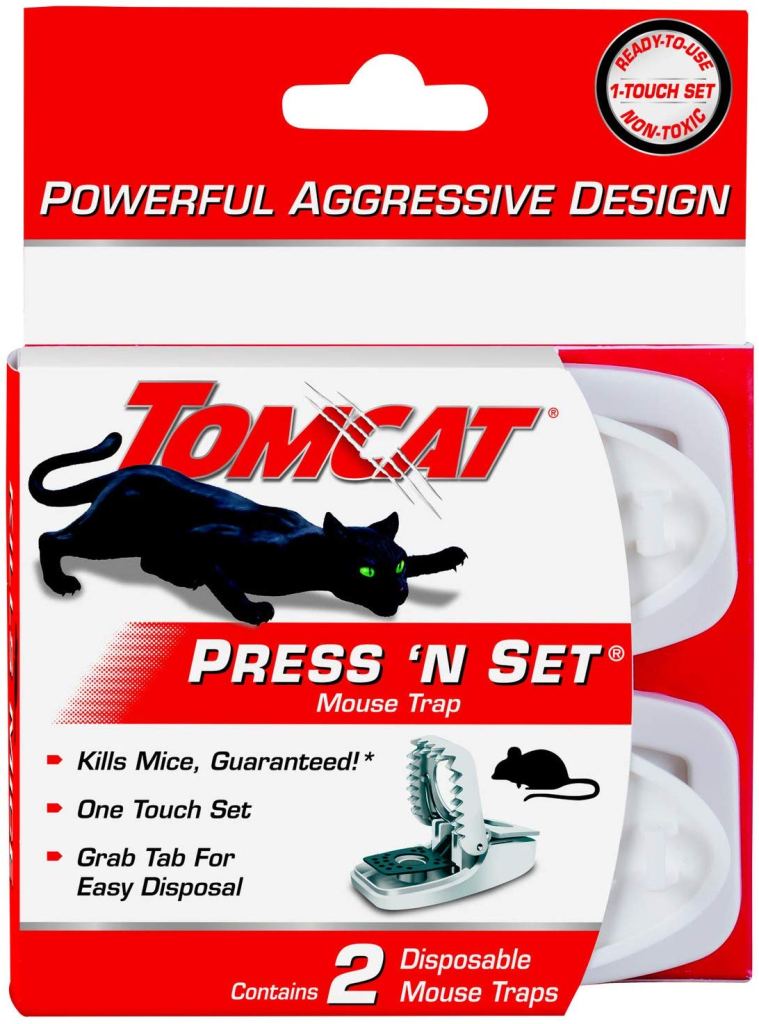