* Celebrate one of life’s most inspiring creatures
* Tardigrades may be great at surviving, but their size makes them mediocre at cuddling
* These plush toys are like the real thing but much bigger and more cozy

What could be more comforting for science nerds to cozy up to than a tardigrade plush toy? The tardigrade, sometimes called a water bear, for its cute, bear-like appearance under a microscope, is a tiny animal famous for its ability to survive some of the most extreme conditions on earth and beyond.

These little guys have been found in Antarctica, in the deep ocean, on top of the Himalayas and in hot springs, and are able to withstand 1000 times more radiation than other animals. They can even survive trips through the vacuum of space. Thus, the humble tardigrade has caught the attention of researchers studying everything from space travel to longevity enhancement and DNA repair.

Their lineage dates back to the Cambrian, some 530 million years ago, and they’ve survived every meteor impact and all five mass extinction events. Here are six great plush toys to remind you of life’s comforting resilience, at least in tardigrade form.

If living during the anthropocene mass extinction has got you down, this cute tardigrade plushie from Giant Microbes is the ideal bit of nerdy decor to help keep your spirits up. Not only can tardigrades survive space travel and freezing temperatures and ionizing radiation, they also won’t judge you for wearing your Captain Picard onesie around the house. 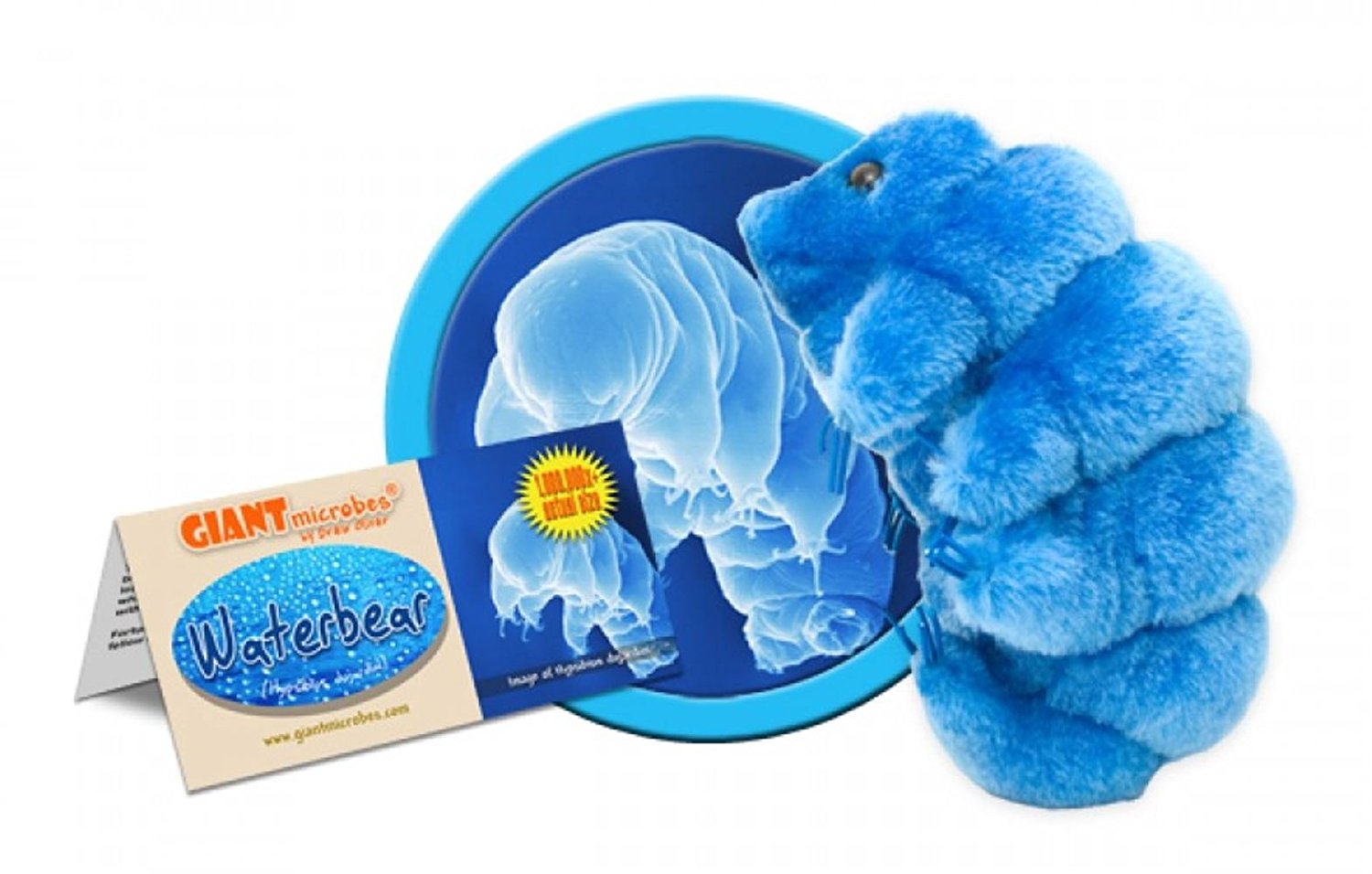 Slippers are probably an appropriate tribute for a creature whose Latin name means “slow walker.” Tardigrades can put up with life on Antarctic ice sheets, but if the cold stone floors of your loft bother you, slip into these brown tardigrade slippers for your own slow walk to the coffee maker in the morning. 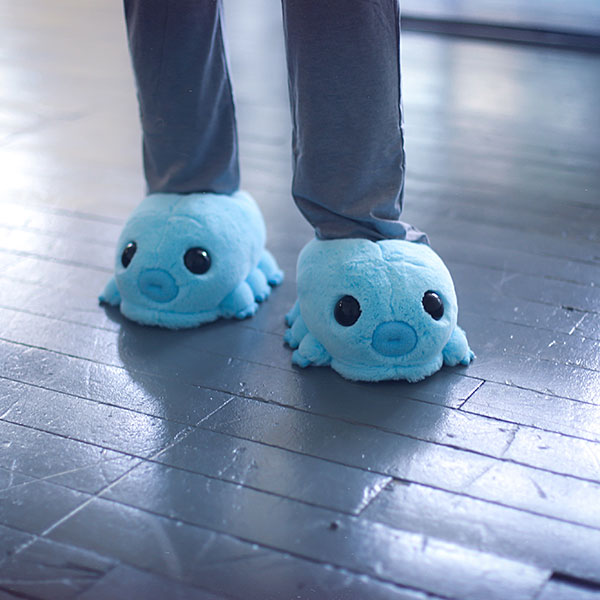 Featuring art by Beerhamster of a cute tardigrade with a lil bow on its head, this pillow is a great place to rest after a long day and dream of being able to go into a desiccated state of suspended animation for years at a time. 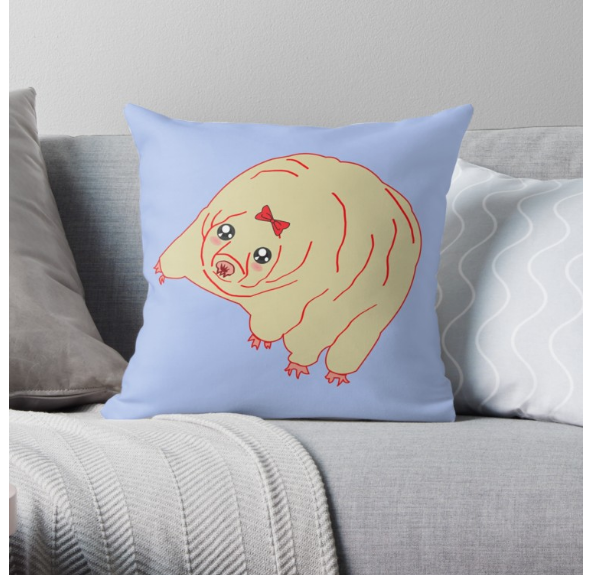 This bouncy throw pillow celebrates the tardigrade as a mascot of resistance and survival. Featuring artwork by Carrie Cizauskas. 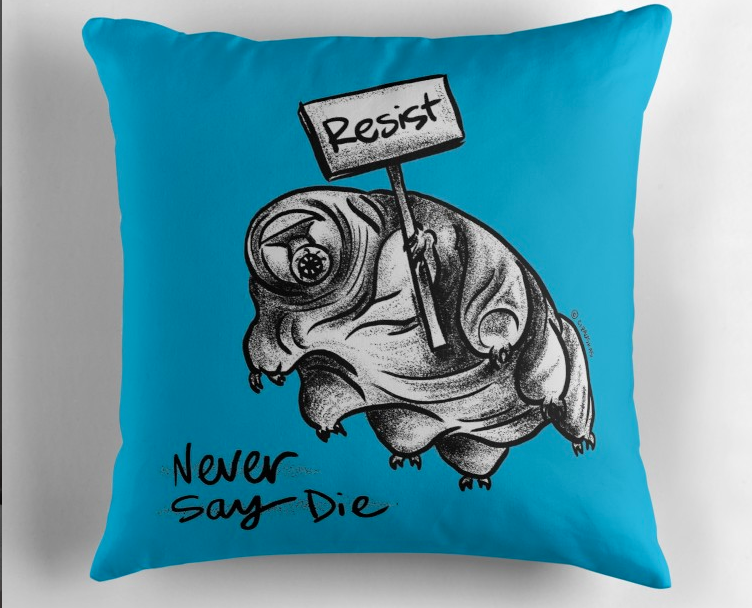 Just the thing for when thoughts of mass extinctions are keeping you up at night, this plush water bear is much larger and cuddlier than life-size, a soft and cozy reminder of the hardiness and resilience of life. 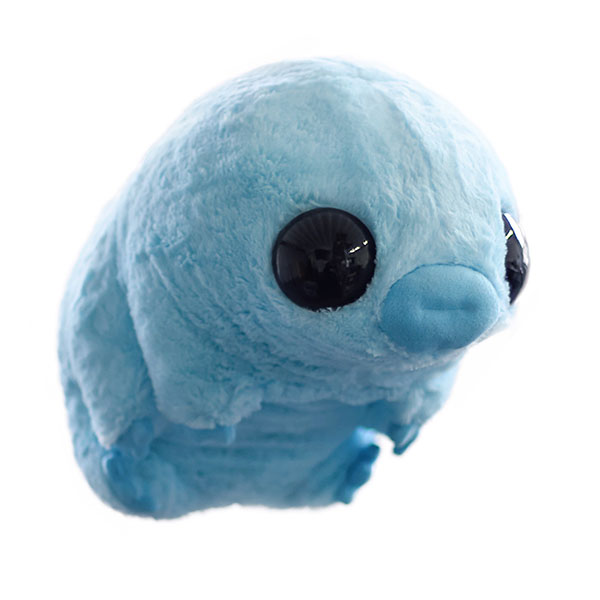 Tardigrades don’t care if you step on them. They don’t mind the pressures of the deep ocean trenches, and they definitely won’t judge you for collecting adorable pond organism plush toys. Your significant other might. But then, some tardigrades don’t even have to worry about that: they can apparently reproduce by parturition. 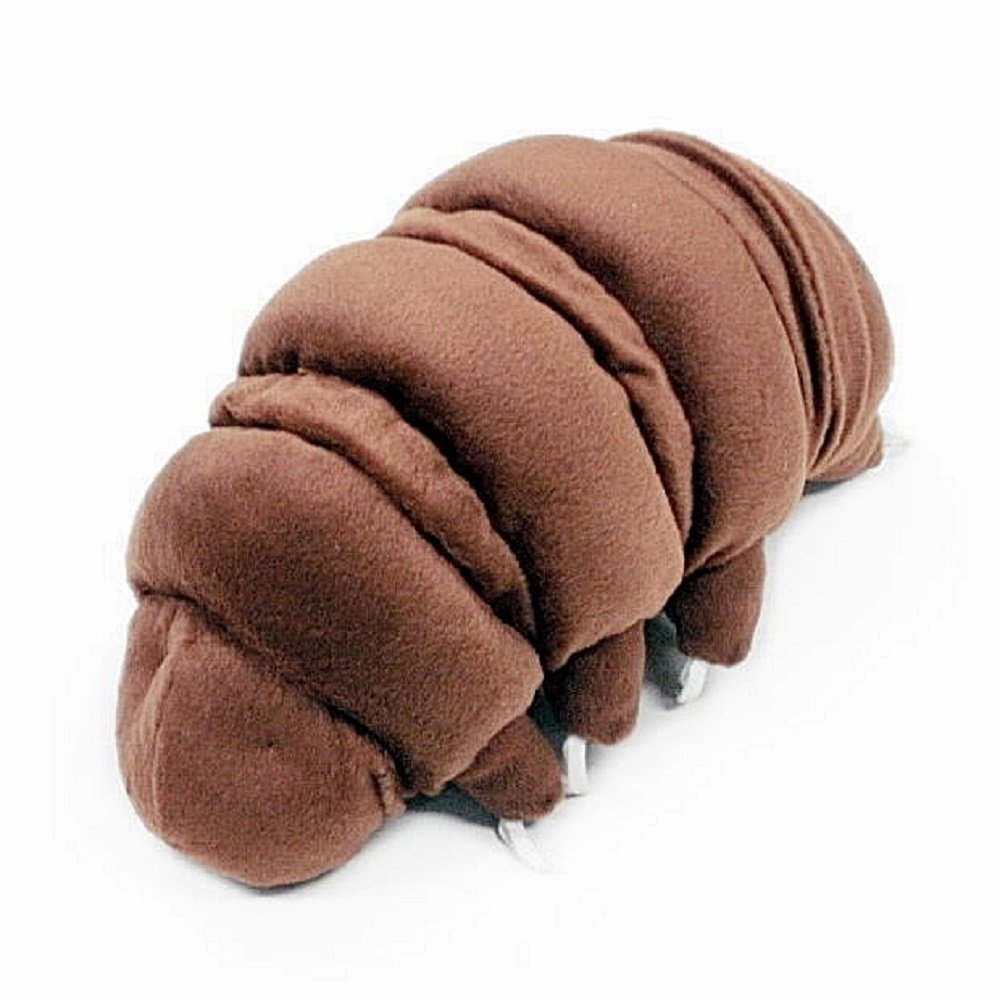 The Best Toys You Should Already Own