When it comes to saving money in the home, one of the biggest culprits of wasted dollars is heat loss from cracks and holes around windows and doors. These areas of heat loss can add up significantly, with window insulation kits helping to reduce the cost of heating by up to 40 percent. If you want to make your heater and your dollars go further, it’s time to invest in an affordable and easy-to-install window insulation kit.

Drafts around doors and windows aren’t just hard on your wallet, they can also make for an uncomfortable home. Cold rooms can become unusable in the winter and homeowners or renters may waste time, money and resources on higher heating bills, portable heaters, firewood and more. With a window insulation kit, the heat being pumped into your home stays in your home, creating a warm and inviting space.

Home insulation kits are easy to install and require minimal tools. A hairdryer and a knife are usually sufficient. The kits come with double-sided tape that is placed around the window. The film is then attached to the outside of the tape and the heat from a hairdryer helps to seal the film in place, wrinkle-free. A knife may be needed to trim excess film or cut the film to the correct size.

For an easy-to-install and durable seal on windows, we recommend the Duck Brand Indoor Window Shrink Film Insulator Kit. The kit comes with 62″ x 210” of clear plastic film, enough to cover five 3’ x 5’ windows and 84” of ½” thick mounting tape used to secure the film. Users create a tight seal by applying heat from a hairdryer to the film over the window and then trimming the excess film for a clean and discrete look. The Duck Kit helps to reduce heat loss from drafts, which reduces energy costs.

Pros: The Duck Kit provides a crystal-clear view through the window when properly installed.

Cons: The Duck Kit is not reusable and a new kit must be purchased after the insulation is removed during the warmer months. Windows cannot be opened without removing the film. 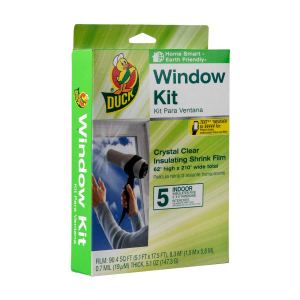 Reduce your electricity bill with the 3M Indoor Window Insulator Kit, which includes the clearest film available. The kit comes with one 5.16′ x 17.5′ film sheet and two rolls of 1/2″ x 27.7 yards of Scotch doubled-sided tape to create a tight seal on windows. With enough product for insulating five 3’ x 5’ windows, the 3M requires a hairdryer to create a tight and wrinkle-free seal on windows, helping to keep heat in and reduce air loss from drafts. The 3M kit also helps to reduce condensation on windows and prevent frost from building up during the winter months.

Pros: The 3M can increase the R-value, which is the ability of an insulating product to resist heat flow, by up to 90% on every window it’s installed on.

Cons: The 3M comes with the same amount of film and tape as the Duck Kit but is significantly more expensive. 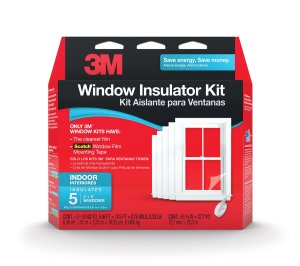 Want to insulate your windows, but don’t want to go months without fresh air? Now, there’s the VENTKIT Ventilation Kit. The VENTKIT is a new product that allows users access to their window even when it’s covered in an insulation film. The VENTKIT creates a tight seal on top of the film, allowing users to cut a small opening where they can fit their hand through to open and close the window or adjust blinds. The VENTKIT has a cover that is then placed over the opening and can be resealed up to 1,000 times.

Pros: By using the VENTKIT, customers no longer have to worry about mold, condensation, or indoor air pollution building up as a result of insulated windows.

Cons: The VENTKIT does not include an insulation kit and one must be purchased and installed separately. 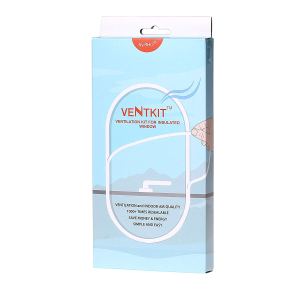 If you want to keep heat in but don’t want a full window insulation kit, try the 3M Interior Transparent Weather Sealing Tape. The tape can be applied to cracks around windows and doors and conforms to angles and curves. The 3M tape reduces R-values by an average of 90% per windowpane and provides a moisture-resistant seal. Measuring 30” long, the clear tape can be cut to conform to any opening.

Pros: The 3M Interior Transparent Weather Sealing Tape shrinks once it’s applied to provide a tight and wrinkle-free seal that is clear and discrete.

Cons: The 3M tape may take old and flaking paint with it when removed. 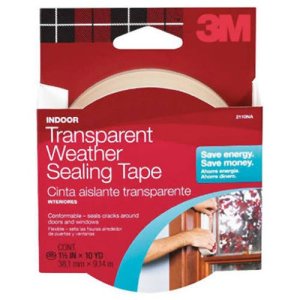 For an insulation kit that helps with drafts between rooms and hallways inside the home, try the IKSTAR EVA Thermal Door Cover. Designed to fit standard 36″ x 82″ door frames, the IKSTAR comes with metal thumbtacks to install around the frame of the door and powerful magnets that allow users to walk through the opening and have the door close seamlessly behind them. The IKSTAR uses 0.15mm thick EVA material that is soft and sturdy, keeping heat in a room in the winter and cool air in during the summer. It also helps to keep out bugs, noise and odors.

Pros: The IKSTAR is pet and toddler-friendly.

Cons: The IKSTAR is designed for doors and not windows. The clear door also does not provide the same privacy as a traditional door. 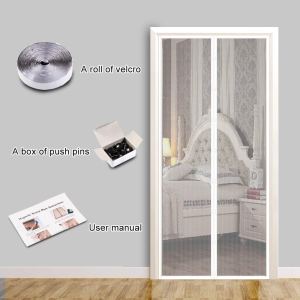