For generations, companies have pushed products that are gender-specific by using words, colors and fragrances that code their products as either traditionally masculine or feminine. Women’s perfumes are labeled as “soft” and men’s colognes as “bold.” Sometimes, everyday products that don’t even need to appeal to a specific gender are given a “feminine” touch, like those gagworthy Bic “For Her” pens that went on the market a few years back.

From time to time, it can get a little overwhelming. As a man, I love the smell of rose-scented products. Should that be perceived as a feminine quality? It’s all pretty outdated and quite honestly, lame.

Brands that intentionally break the gender barrier aren’t the easiest to come by but that’s because there aren’t necessarily that many of them yet. However, the ones that do exist are pioneering a forward-looking movement and changing the way we shop for products for the better. One brand that’s full-throttle killing it in the game is the non-gender-conforming candle brand known as Boy Smells. 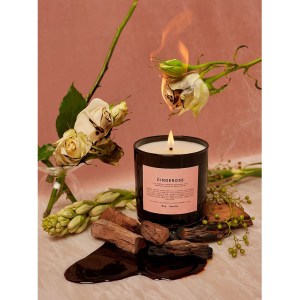 Boy Smells started as an experiment by real-life partners Matthew Herman and David Kien in their Los Angeles kitchen. By marrying traditionally feminine and masculine scents such as rose and smoke (like their Cinderose candle), they were able to create a slew of dreamy candles that navigate right past gender-expressive smells. Here’s how I would describe a typical Boy Smells fragrance profile: imagine the way your hoodie would smell after your high school girlfriend stole it from your locker for a couple of days. The candles combine so many conflicting scents together, like if you were to throw pineapple into beef stew. Okay, not the best comparison, but you get the gist.

Of course, none of this would matter if Boy Smells candles didn’t smell really good. And they most definitely smell good. I have one burning on my desk right now.

Over the years, Boy Smells have created a line of scented candles that words really can’t describe. For example, one of their more popular scents, Lanai, contains coconut, pink peppercorn, orange blossom, coal and clove. The candle joins more masculine ingredients like volcanic ash with more femininely-perceived tropical flowers; it’s a scent your brain has trouble dealing with at first. I know you can think of what ash smells like by itself, and the same for your favorite flower. But can you imagine what they’d smell like merged together in glorious harmony? Likely not. 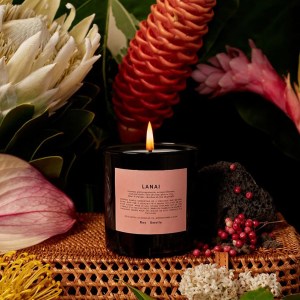 Another scent that boggles and almost intoxicates our brains is Boy Smell’s Kush scented candle, for obvious reasons. By combing the scents of the finest marijuana, suede, white musk, tulip and amber all into one glossy black glass tumbler, it’s truly a candle you’ll have to smell to understand.

Where can you snag a Boy Smells candle of your very own? Each original candle can be snagged right on the Boy Smells website or purchased directly on Amazon.