My husband and I don’t argue much, but one thing that has kept us at odds throughout our relationship is the bed. Nope, nothing that exciting. I’m talking about making the bed. Specifically, he’s terrible at it. Is that statement solely based on my opinion and something he vehemently disagrees with? Yes. Does a difference of opinion on how to properly make a bed constitute something worth arguing about? The common sense version of me says no, but LBR — I’m gonna argue about it.

Our bed would never be made if it were up to my husband. It would be in a constant state of rumpled mess. While he would (and has) argued that making the bed is unnecessary since the only people who see it are our kids and us, I would argue that it’s important for us to make the bed and set a good example for our tiny humans. Studies have shown the positive mental health effects of making one’s bed daily. Making the bed can lower stress, improve sleep, and help retain brain function. Plus, it just really bugs me when it’s not made.

I make the bed most days, but on the days my husband takes on bed duties, I still make the bed. That is, I remake it. The comforter is three feet from the top of the bed, the sheets are pulled over the comforter messily, and the pillows with plain white pillowcases are always placed in front of the pillows with the matching sham. He denies that he’s doing a terrible job on purpose, but for someone very smart…our bed looks like trash.

I don’t think we are the only couple who find themselves at odds in our bed-making standards. Thankfully, there is now a duvet cover that makes making the bed as foolproof as possible. I was already a fan of Crane & Canopy (their pajamas are uber comfortable and great for sweaty sleepers), so I was intrigued when the company launched their Nova Duvet Cover.

What Is The Nova Duvet Cover?

Described as a duvet cover that creates a perfectly made bed in 80% less time, the Nova Duvet Cover takes the guesswork out of making the bed. The Nova is designed to save users time by creating a duvet cover that gives the illusion of a flat sheet at the top of the cover. This white section, which mimics a flat sheet, is completed with matching trim for a clean, finished look.

Underneath the trim is a hidden zipper that provides an easy entry and exit point for comforters. Placing the hidden zipper under the trim also cuts down on arguments I’ve had with my mother over whether the buttons on a duvet cover go at the top or bottom of the bed. Hm. It appears I am the common denominator of bed-making arguments in my family.

The Nova Duvet is available in Twin/TwinXL, Queen/Full and King/Cal King sizes. There are 42 patterned and 11 solid colors, with modern and classic styles. All the Nova Duvet Covers are made with 300-thread-count bedding and 100% premium long-staple cotton. 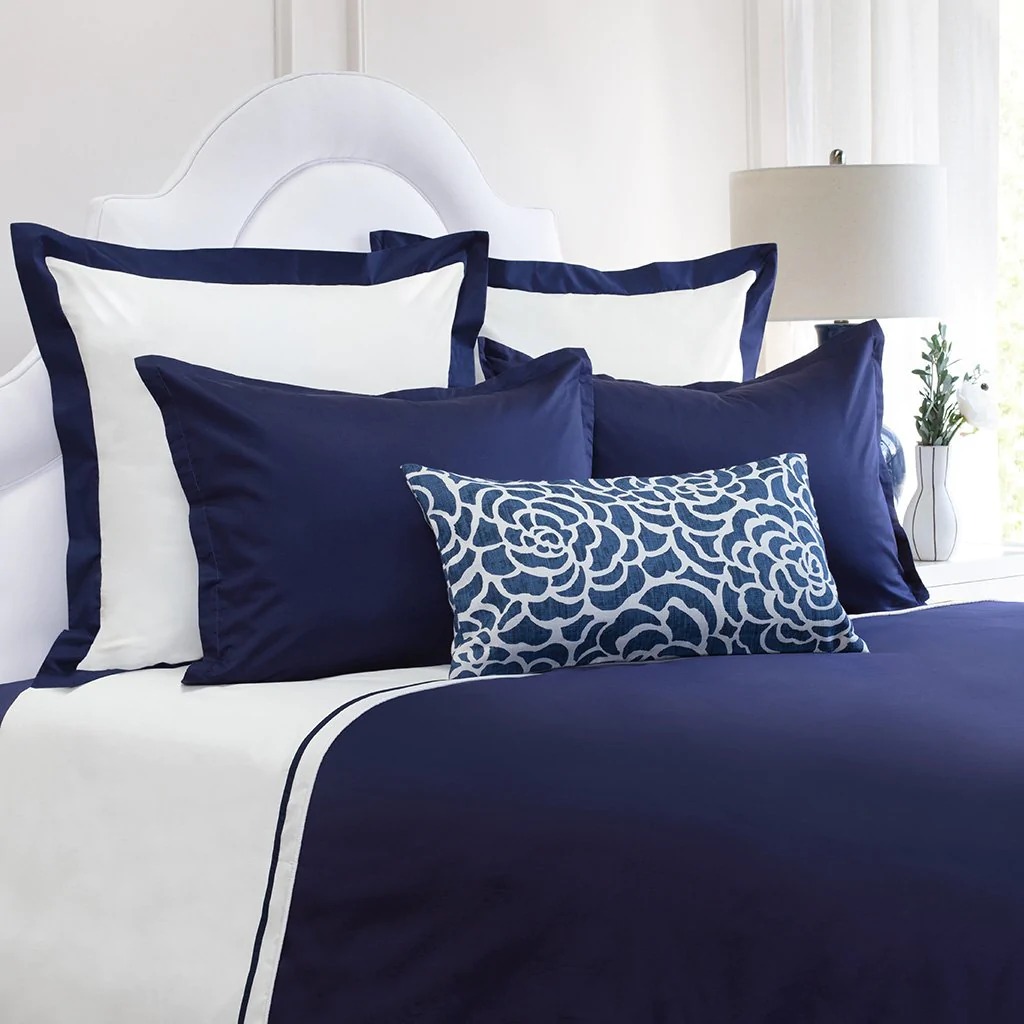 What We Loved About The Nova Duvet Cover

The look is the number one thing I loved about the Nova Duvet Cover. Even the fastest, sloppiest bed-making job still results in a bed that looks put together and presentable thanks to the faux fitted top sheet and trim. Having a defined top of the duvet cover also takes the guesswork out of figuring out which side goes with which part of the bed.

The hidden zipper is another big plus. Not having to deal with a dozen buttons each time I want to remove and launder my duvet cover is a major time saver. This feature takes the guesswork out of bed-making since there’s no question where the bottom or top lays.

The inside corners of the Nova Duvet Cover include ties that I use for tying the ends of my comforter, which has kept them in place. This is found in a lot of duvet covers but should not be taken for granted – trying to keep a comforter in place without ties is a massive pain.

I also liked that Crane & Canopy allows customers to order regular or King shams. Most comforters and duvets only send shams in the corresponding size. I have a King bed, but standard pillows, and my shams look perpetually sloppy. With the Nova Duvet Cover, everything fits perfectly.

What We Didn’t Like About The Nova Duvet Cover

I wish the inside of the Nova Duvet Cover also had a faux flat sheet. My husband laid our newborn on the duvet cover post-bath, post-moisturizer application and in a shock to no one; we got a baby-sized imprint on the cover. Stain remover and laundering removed most of the stain, but it would be nice to have the option to flip the duvet.

Moisturizing mess notwithstanding, the Nova Duvet Cover does show marks pretty quickly. We have the Charcoal Grey Hayes, which is a dark solid grey. It’s beautiful, but I’ve already noticed a few spots. My guess is that one of the patterned options would hide imperfections more easily.

The Verdict: The Nova Duvet Cover Is Much Less Expensive Than Couples Counseling

If you’re looking for a duvet cover that turns even the messiest bed maker into a pro, this is it. Arguing about bed-making has ceased in my home, and I no longer have to steady myself each time I enter the bedroom on days my husband has made the bed. The duvet cover is available in a huge selection of beautiful solids and patterns, has user-friendly features like a hidden zipper and internal ties, can be purchased with Standard or King size shams, and has a soft finish thanks to its 100% extra-long staple cotton fabric. 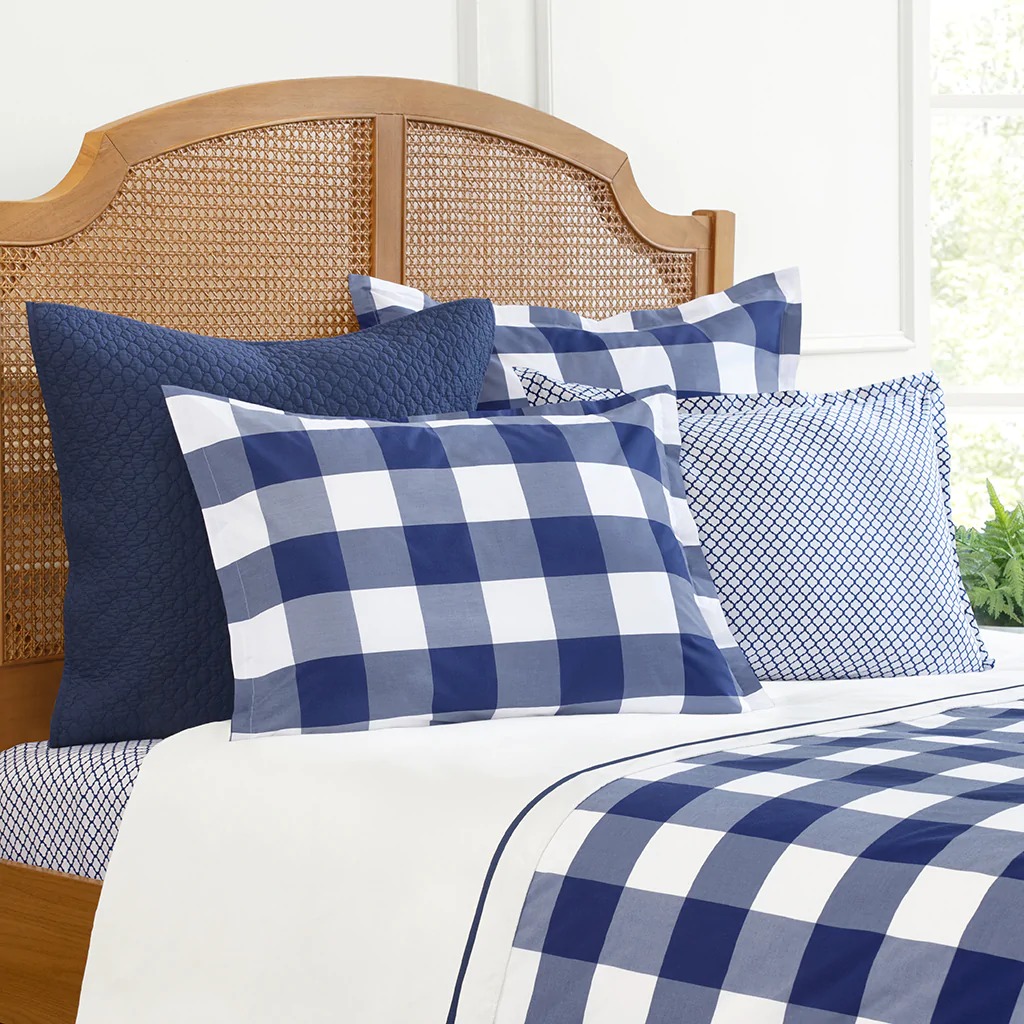 The Nova Duvet Cover isn’t the first piece of smart bedding from Crane & Canopy. The company prides itself on offering customers high-quality, affordable bedding and home products designed to save time and money.

Crane & Canopy sells sheet bundles that allow customers to not purchase a top sheet. The company also offers a reversible duvet cover ideal for customers who like to switch up their bedroom look. Need smart bath products? Crane & Canopy makes bath items that can be mixed and matched and sell their towels with a convenient hanging loop.

The Best Cotton Sheets of 2022: From Cool and Crisp to Perfectly Cozy