* Doomsday cults have become an American phenomenon
* These books offer an inside look into some of the country’s most famous cults
* Charles Manson, Jim Jones and other cult personalities featured

First coined by sociologist John Lofland in his 1966, the term doomsday cults refers to a group that believes (or predicts) that the apocalypse is near. While doomsday movies have traditionally taken the Hollywood box office by storm, the novels behind them are equally compelling, if not even more so.

If this is your first foray into the wide world of doomsday cults, here are seven novels you need to check out.

Originally published in 1956, this doomsday novel centers on a UFO cult and its nagging belief that the end of the world is near. Highly addictive and chock full of great human insights, this novel is a great study of human psychology. 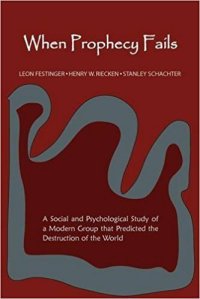 2. Raven: The Untold Story of the Rev. Jim Jones

As one of the biggest — if not the single biggest — cult leaders in history, this retrospective look at the enigmatic Jim Jones and the traumatic Jonestown suicides is a must read. Filled to the brim with first-hand accounts, you’ll have a hard time putting this book down. 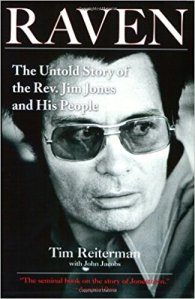 Raven: The Untold Story of the Rev. Jim Jones

3. Have a Nice Doomsday

This book takes a deep look at the whole culture behind doomsday cults and America’s obsession with the end of the world. Sometimes funny, sometimes startling and always bizarre, this book could make you rethink the whole idea behind the apocalypse. 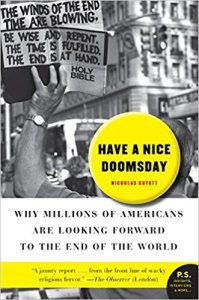 Have a Nice Doomsday

Acclaimed author Haruki Murakami brings to life the incredible story of one Japanese cult’s attack on a Tokyo subway back in 1995. With tons of first-hand interviews, detailed accounts and an all-encompassing backstory, this book gives insight into one of Japan’s most recent tragedies. 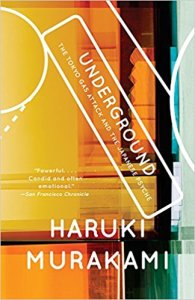 5. Member of the Family: My Story of Charles Manson

Charles Manson is unquestionably the single most famous doomsday cult personality, and this introspective book takes an inside look at the cult leader’s now infamous life. This incredibly detailed book accurately captures one of the most harrowing and bizarre times in modern American history. 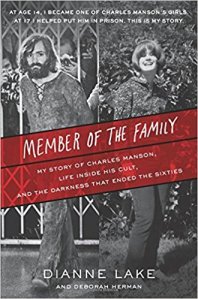 Member of the Family: My Story of Charles Manson

Fascinated by UFOs and the unknown? You’re not alone. This book looks at the Heaven’s Gate, a little-known religious group centered on making contact — and seeking salvation — with UFOs. Through various interviews you’re shown a much broader account of the religion first-hand. 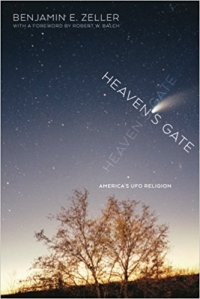 Those of us who still remember the Branch Davidians tragedy are sure to scoop up this introspective book. The religious group, based in a small Texas town, was subject to a government raid gone wrong in 1993. First-hand accounts paint this event in a new light. 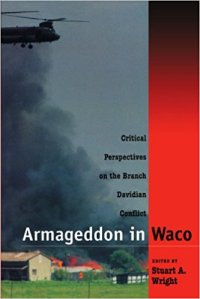