On Monday, April 11, thousands of Etsy sellers began a one-week boycott of the platform over rising fees. After weeks of organizing online on Reddit, Discord and other platforms, a group of sellers communally decided to put their shops on “vacation” and encouraged customers to boycott the platform as well. SPY has not been able to verify how many sellers are participating in the Etsy strike, but it could be as high as 17,000, according to USA Today.

The sellers are angry about an increase in seller transaction fees, among other company policy changes, announced by Etsy CEO Josh Silverman in a recent report to investors. In an earnings report dated February 24, Silverman announced an increase in the seller transaction fee from 5% to 6.5%. The report states, “We expect to invest most of the incremental revenue from this fee increase in marketing, seller tools and creating world-class customer experiences.”

The increase follows record-breaking profits for the company during the pandemic, and according to the Etsy sellers we talked to, it was a slap in the face.

The strikers say that there’s no Etsy without them, and so we asked a few of the striking sellers what motivated their decision to participate in the Etsy strike.

Why Are Etsy Sellers On Strike?

Justin Cross, an Etsy seller participating in the strike and owner of the DYS3D print shop on Etsy explained that while he can’t speak for everyone participating, the “majority” of sellers he’s spoken to are “all seemingly doing it for the same reasons.”

“There needs to be some empowerment of the sellers on Etsy,” Cross told SPY.com over email. “This site is designed and marketed as being a ‘global marketplace for unique and creative goods’ that is supposed to help small scale crafters and sellers have a successful business, but it seems like over the past couple of years that is no longer the real goal of the Etsy company and they are more focused on their own pockets and flashy features that aren’t REALLY helpful to sellers.”

While the tension between Etsy and its sellers has been building for years, the catalyst for this particular movement was the transaction fee hike that stoked existing anger among sellers.

Rachael Ciccone has been a seller on Etsy since 2014 and runs her store, Blume Creative, on the side of her full-time marketing job. “Etsy’s raising their transaction fees from 5% to 6.5% and sellers who have already been frustrated with the platform are now revolting,” she explained to SPY over text message. 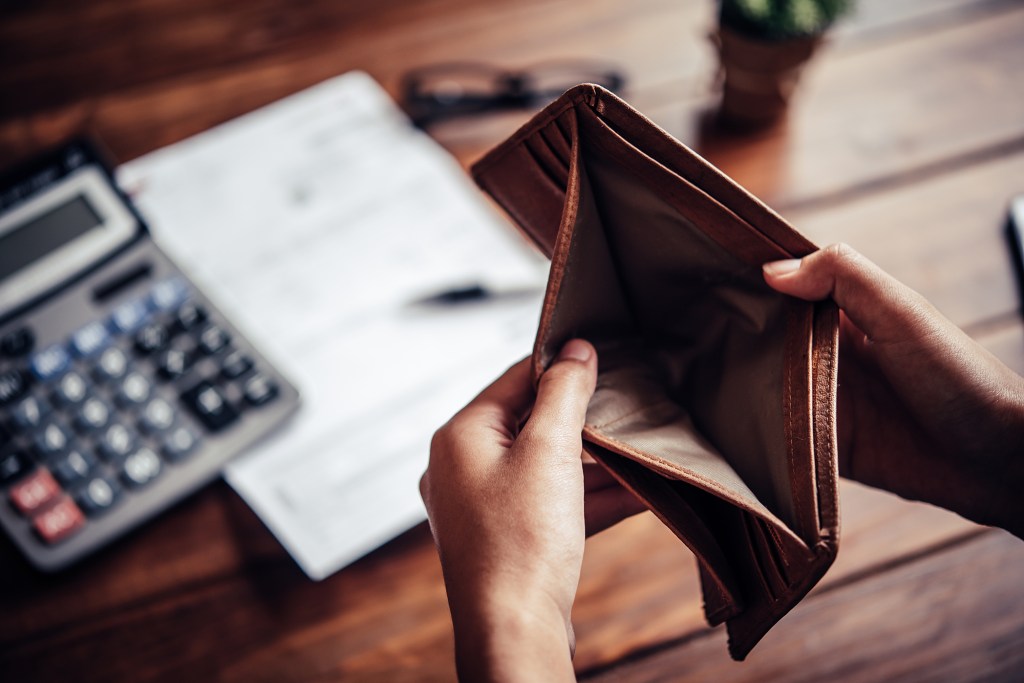 When we asked about the events that led up to the Etsy strike, Cross mentioned numerous top-down policy changes that have happened over the past few years and put increased pressure on Etsy sellers. For instance, Etsy has implemented an Offsite Ads program, which includes advertisements on third-party platforms like Google. According to Etsy’s FAQ on this program, “Etsy may at our discretion automatically advertise your listings with our partners.” When that happens, the company then takes an “advertising fee” as part of the transaction.

“From the Offsite ads (Those like me who are above $10K selling on Etsy are REQUIRED to opt-in, which means every sale takes 12% from me, but I have no control over how or what they are advertising), to the Star Seller program, which belittles and puts unrealistic expectations on sellers, and then again the fee increases, have all really pushed against what the ideas we as sellers have for what Etsy should be,” said Cross.

Ciccone noted that she’s also experienced sudden policy changes that have impacted how she’s able to do business.

“I sell stickers and since they are small, I’m able to easily ship my orders in the mail with a stamp. This helps keep my shipping costs down so I’m able to offer free shipping. Etsy has recently required shops to include tracking on all orders over $10. This doesn’t work for my shop because just a few stickers can add up to over $10, and it doesn’t make sense for me to make my customers pay extra for shipping for something that can easily be sent for 55 cents,” said Ciccone.

Has Etsy changed the requirement for sticker shops and other lightweight goods? Nope.

Ciccone told SPY, “Many other sticker shops have expressed that this is a pain point for them, and Etsy has not changed the requirement.”

Cross also said that upwards of 15% of his gross revenue is now taken by Etsy through various fees. Some of those fees, he concedes, are justifiable in exchange for Etsy performing a service and exposing him to customers he may not have otherwise had. However, “you can only push so far before I have to up my own costs just to make any money, and doing that risks pushing away those customers that they are exposing me to.”

Ciccone expressed a similar sentiment around transaction fees, which are a necessary part of doing business on Etsy. Because of her full-time job, she relies on the marketing provided by Etsy.

“Since Etsy isn’t my main source of income, I don’t spend as much time on it as a lot of other sellers. I rely heavily on the Etsy platform to bring me my customers since I don’t do any outside marketing for my shop on my own, simply because I don’t have the time,” said Ciccone. “Without the Etsy platform I wouldn’t have most of my customers, and for this reason, I justify paying the Etsy fees in place of spending time and money on my own marketing.”

What Does Etsy Think About the Strike?

As of the drafting of this article, no large-scale policy changes have been announced as a result of the Etsy strike, but the company’s stock price has dropped about 10% in the last five days.

We reached out to Etsy to ask about the strike, and an Etsy spokesperson told SPY that “Our sellers’ success is a top priority for Etsy.”

The spokesperson added, “We are always receptive to seller feedback and, in fact, the new fee structure will enable us to increase our investments in areas outlined in the petition, including marketing, customer support, and removing listings that don’t meet our policies. We are committed to providing great value for our 5.3 million sellers so they are able to grow their businesses while keeping Etsy a beloved, trusted, and thriving marketplace.”

The company also included links to information about how the revenue from increased transaction fees will be spent to improve the platform, the CEO’s announcement, as well as blog posts surrounding plans for customer support and trust and safety as well.

However, the sellers we spoke to aren’t satisfied with Etsy’s response so far.

“Sellers haven’t been happy with Etsy for quite some time and have been moving over to platforms like Shopify. Honestly, I’m not sure if this strike will invoke any positive change. Etsy has never expressed truly caring for its sellers on the platform,” Ciccone said.

Etsy and the Larger E-Commerce Landscape

The pandemic has created new pressure and new opportunities for e-commerce companies like Etsy. More consumers are shopping online, but inflation and supply chain problems have caused frustration as well. So how have larger e-commerce trends played into Etsy’s complicated relationship with its sellers?

“As far as the larger world, that is a much simpler answer. Amazon and Ali-express type stores have happened. Customers want quick transactions and shipping. They [want] cost-effective purchases,” said Cross. “Sure you will get people who will support handmade over  bulk made items just because that is important to them, but if sellers on Etsy keep being forced to raise prices to compensate for Etsy [fees], then it pushes sellers out of the ability to even be in the game.”

He went on to explain, “If I sell something for $7 + shipping and it’s handmade but you can find something similar on Amazon for $4 plus free shipping, I might have a shot, but if my cost goes to $12 + shipping, now then I start losing more customers, that’s just basic economics.” 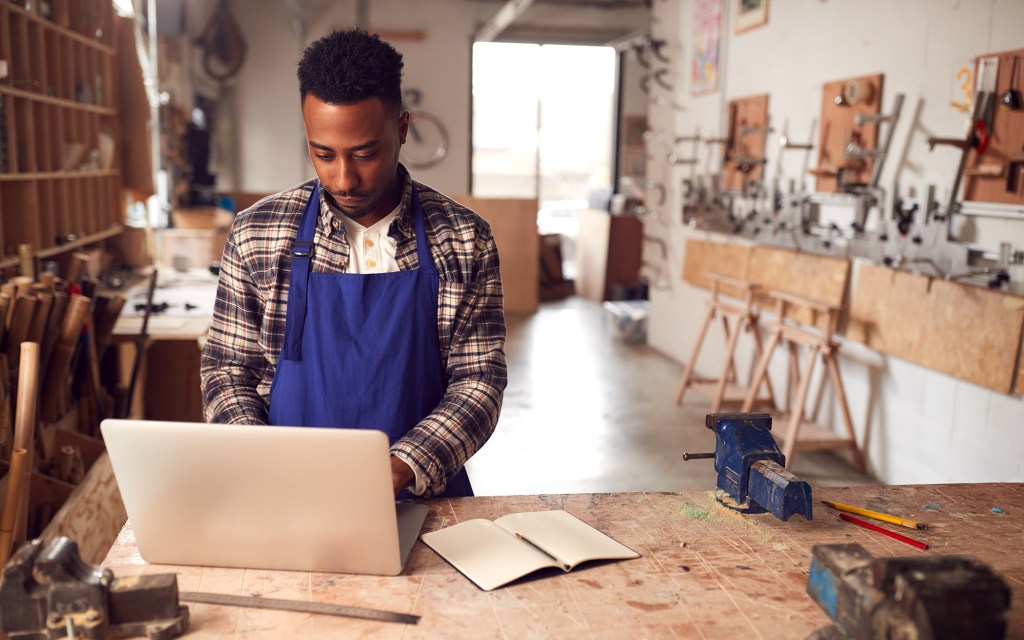 What Do the Etsy Strikers Hope to Accomplish?

By impacting Etsy’s bottom line (or their stock price, at least), the boycotting sellers are hoping to force Etsy to listen to their complaints.

Ciccone expressed a hope for her fellow sellers as well.

“I’m just really hoping this strike at least gains some sort of acknowledgment from Etsy. The sellers deserve it.”

You can learn more about the Etsy seller strike on the strikers’ website.

Editor’s Note: The quotes in this article have been lightly edited for grammar and clarity.