* A light-hearted take on current political and cultural events
* Real quotes from campaign and administration members vs. fake quotes
* Suitable for the whole family

Putting a timely spin on the idea of fun irreverent card games like the now-famous “Cards Against Humanity,” this game challenges players to separate fact from fiction. Specifically, it presents real news quotes and fragments of headlines and hilariously asks you to guess which are “fake news.” 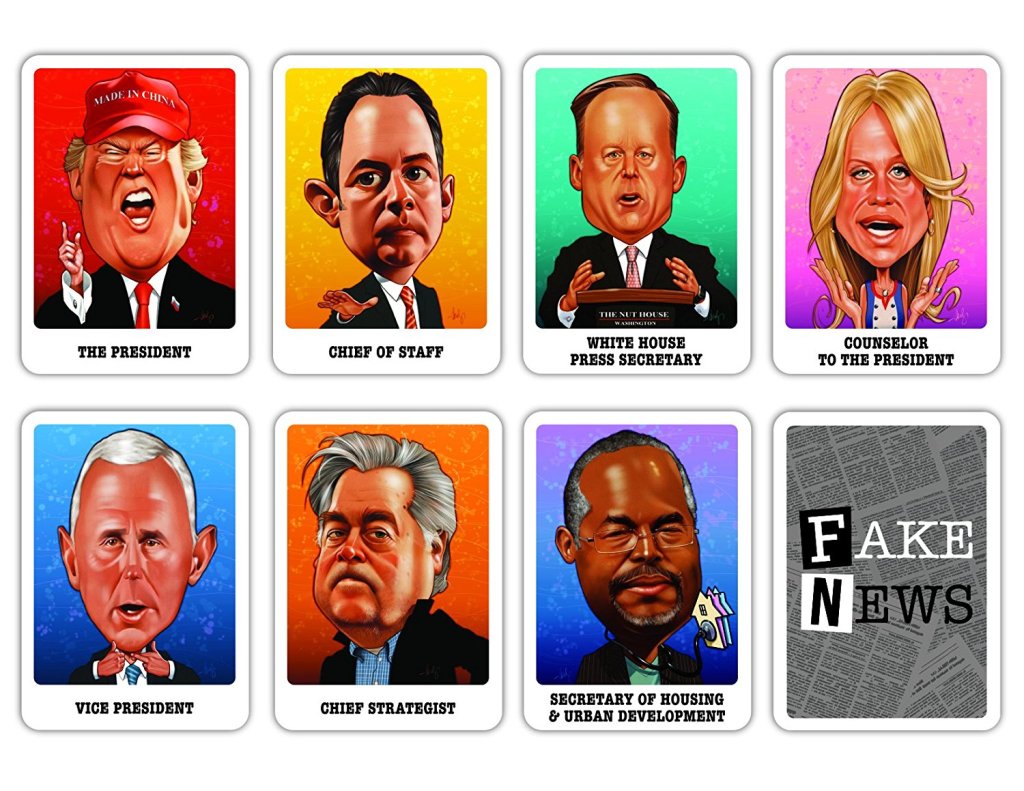 
Ever since that phrase entered the lexicon just a few years ago, it has become a watch word for a new generation of mostly-internet mediated rumor, falsehood and just plain untrue stories. Fake news has become a worldwide phenomenon thanks to the proliferation of content aggregation and the “echo chamber effect” of viral social media posts.

Now, with this physical card game, you and a few friends can amuse yourself with wry or mordant irony at just how dazzling a range of fake news has passed across the servers of the world in the last year or so. The fake news ranges from outlandish, conspiracy theory stuff to canny propaganda. Can you suss out the real stories? You might be surprised; some of the genuine news stories have sounded quite outlandish recently.