The Auction Block is a new series on Spy highlighting cool and unique products on auction websites. This week we’re putting a spotlight on a famous piece of furniture for sale on 1stDibs.

Suffice to say, the Tokyo Summer Olympics are rife with controversy, from the fact that an overwhelming majority of Japanese think the games shouldn’t be held this year, to the antiquated suspension of a rising track star over the use of marijuana, to the fact that now more than 70 people connected to the Olympics have tested positive for Covid.

But amid these serious controversies was one very silly one, namely the media furor surrounding the use of cardboard beds. The bed frames, built from cardboard, were designed as a way to reduce waste by utilizing a recyclable material. All well and good. The trouble is that people quickly speculated that these were somehow “anti-sex” beds, designed to collapse under the weight of any, uh, gymnastics. This theory was quickly debunked, and one Irish athlete demonstrated as much by jumping up and down on the bed without any subsequent collapsing.

Many people might be surprised that these beds are so sturdy and are in fact capable of holding up to 441 pounds. One person who wouldn’t be surprised is legendary architect Frank Gehry, who made use of cardboard in furniture pieces in the 1970s. Like many brilliant innovations, Gehry’s cardboard furniture pieces came not from an abundance of funds and a giant R&D team, but the lack thereof. Hamstrung by a small budget, Gehry made do with the cardboard he had on hand. The result was his “Easy Edges” collection, the centerpiece of which is now known as the “Wiggle Chair.” The Wiggle chair is made from corrugated cardboard, and it’s anything but flimsy. 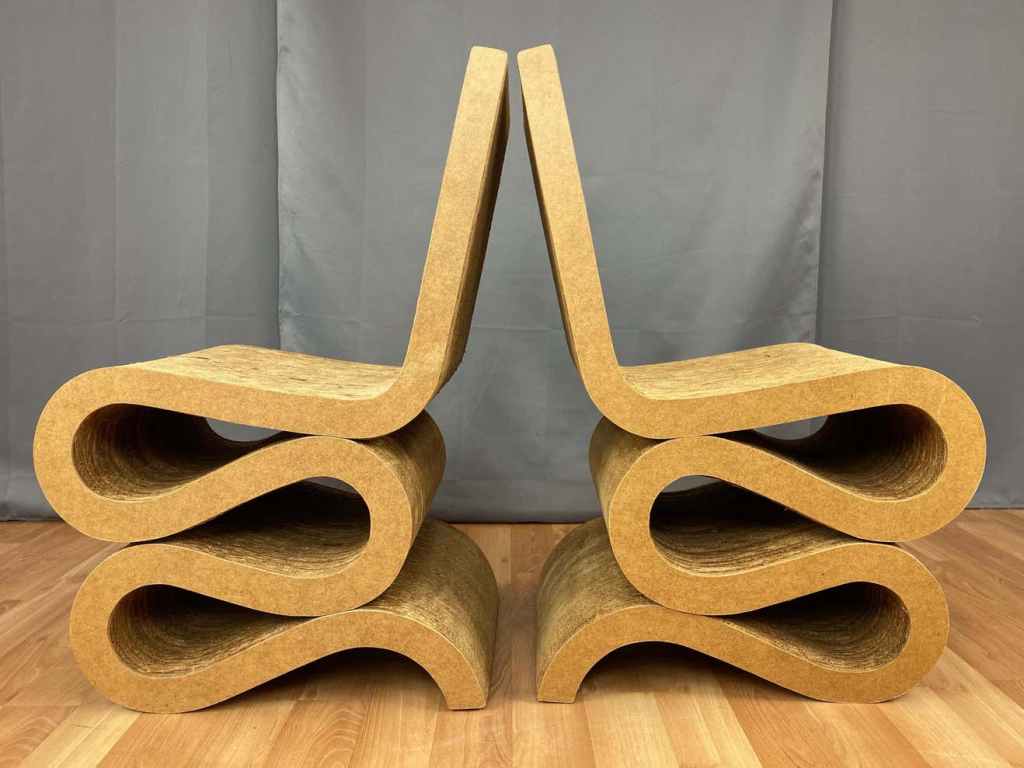 As opposed to regular cardboard, corrugated cardboard has two outer layers and one ruffled inner layer. This three-tiered design gives corrugated cardboard its strength, which is why it’s often used in shipping. The design of the Wiggle Chair nods to this inner layer with its distinctive shape. Instead of legs, these chairs consist of a single length of cardboard folded into itself, similar to the shape of corrugated cardboard and giving the furniture its “wiggle” shape. Gehry also produced a complementary stool, which could serve as an ottoman for the chair. Gehry only produced his Easy Edges pieces for a short time before discontinuing them to focus on architecture. 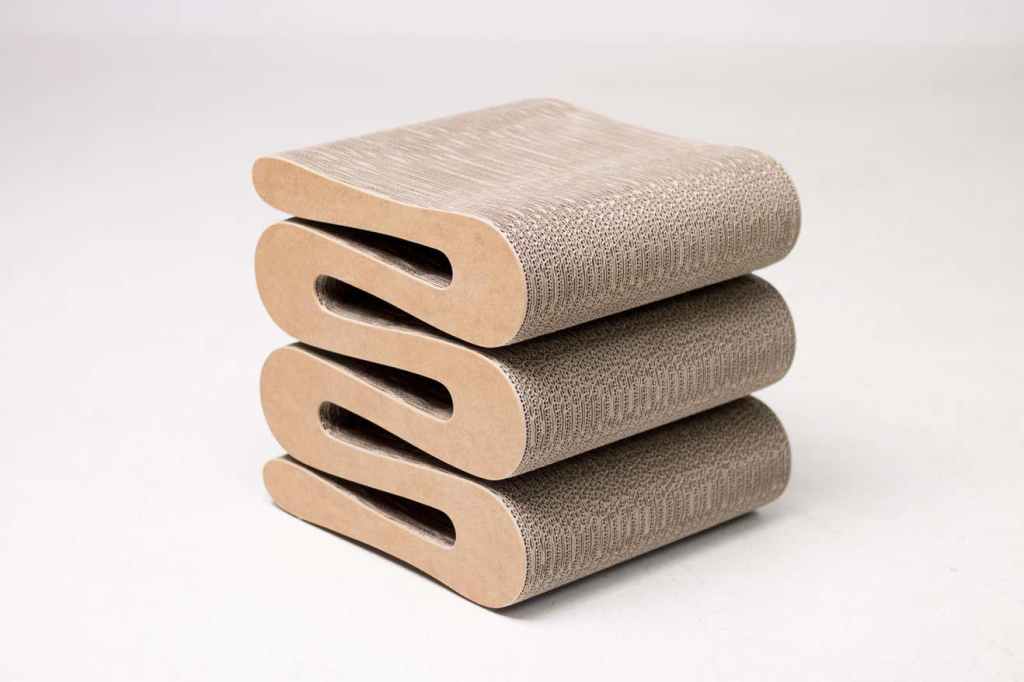 It might seem odd to use such a cheap material for furniture, but it was very common among mid-century architects and designers to work with inexpensive, unconventional or otherwise “ugly” materials. Take the Eames armchair (not to be confused with the lounge chair), which was made out of fiberglass plastic and specifically designed to be affordable — it was part of the International Competition for Low-Cost Furniture Design held by the Museum of Modern Art. Many designs of the time were born out of a genuine desire to produce good-looking and affordable furniture for average consumers.

Of course, just like Eames’ chairs, Frank Gehry’s Wiggle Chair has become an icon of mid-century design. What that means is that they’re now very expensive, which sort of runs counter to the purpose of these chairs in the first place. As is the case with a lot of mid-century designs, old is more valuable than new. A single, brand new Wiggle Chair from Vitra will set you back $1,300 (that would make a pair cost $2,600). But older ones are much more expensive, and harder to find. If you want a pair of Wiggle chairs from the 70s, this option from 1stDibs from a seller in San Francisco will set you back a cool 11 grand. I wonder if it comes in a cardboard box? 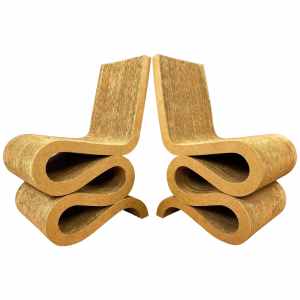