This Infinity Gauntlet Mood Lamp lets you set the mood with a wonderfully ironic tribute to Thanos, who is quite possibly Marvel’s moodiest supervillain. That may be saying a lot, as the Marvel Universe also gave us such notable somber villains like Dr. Doom, Sandman and The Vulture -– who apparently was based off what might happen if an aging Howard Hughes decided he could regain his youthful looks by killing Spider-Man. But then consider how Thanos took rejection so hard that he decided to try and erase half the universe from existence. 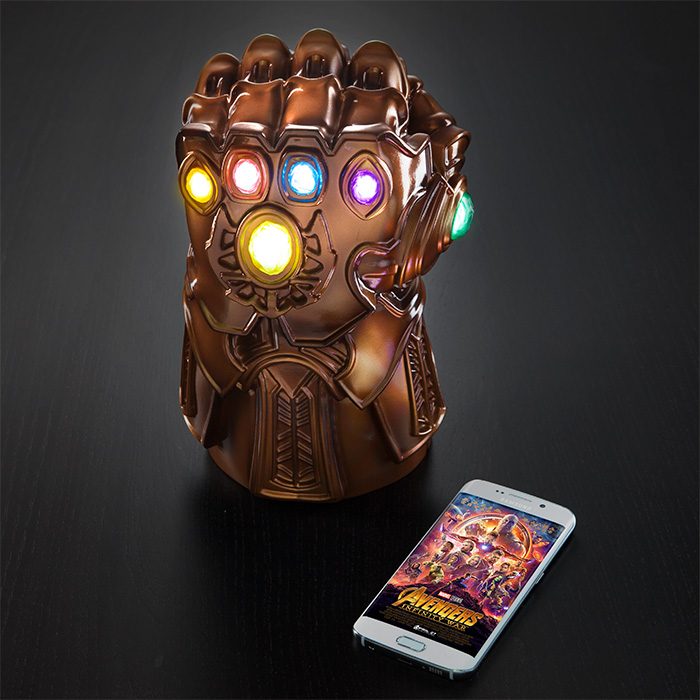 This Gauntlet Mood Lamp, a ThinkGeek/Game Stop exclusive, comes with either battery or USB-powered LEDs that light up all five “Infinity Gems” when activated. It won’t let you control the universe, thankfully, but does lend a hand — err, gauntlet — when it comes to setting up some cool night lighting in your room or hall. Great for Marvel fans and Avengers aficionados. Great for testing the Marvel trivia mettle of your guests.