Go fly a kite — literally. February 8 is National Kite Day. All you have to do to celebrate is go outside and pilot a kite, but not just any kite. Instead, you should fly a kite designed by Martin Lester.

In business since 1982, Martin Lester is a UK-based kite designer who manufactures his products himself rather than outsourcing production to factories. In doing so, he is able to maintain high standards of craftsmanship. Check out these original designs and order one today. 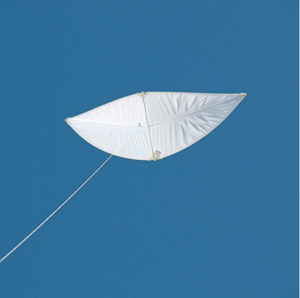 Crafted from ripstop nylon with fiberglass spars, the Hypar 1 takes it name from the mathematical phrase “Hyperbolic Paraboloid,” although Lester notes that a more fitting descriptive name would be the “Cheshire Cat.”[/caption]
[caption id="attachment_13351" align="aligncenter" width="300"] 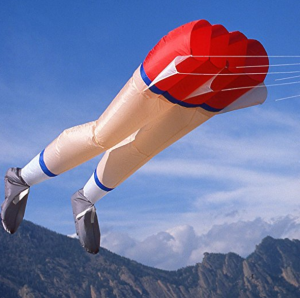 Crafted from nylon sailcloth, these 8 feet parafoil legs defy gravity as they sail in the wind.[/caption]
[caption id="attachment_13357" align="aligncenter" width="300"] 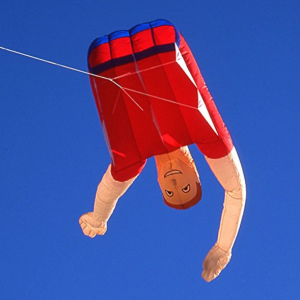 Loops at the hand palms let you attach a sign to this frameless kite.[/caption]
[caption id="attachment_13361" align="aligncenter" width="300"] 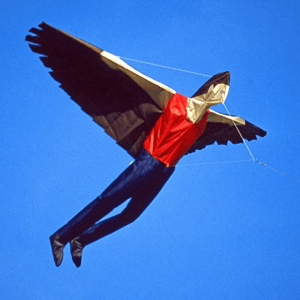 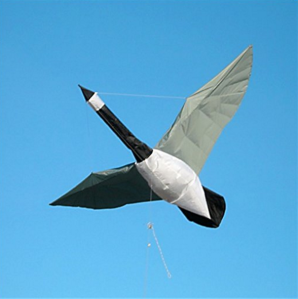 Another ripstop nylon kite with carbon and fiberglass spars, the Barnacle Goose is two times the actual size of a goose, measuring 5 feet long with an 8 feet wingspan.[/caption] 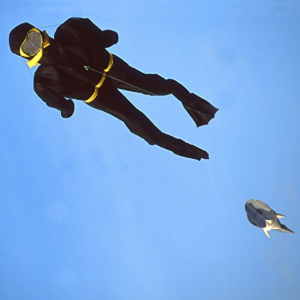 This wind-inflated kite comes with a shark drogue, which also doubles as a bag.