Green thumbs come in many levels. Some people can just, seemingly by magic, plant and maintain enormous lush gardens which yield bushel after bushel of fresh vegetables and herbs. Other people can’t keep a chive alive. (Chives are nearly impossible to kill.) Most of us fall somewhere in between.

How about a garden that requires no soil, not much water, no sunlight and is impervious to weather, bugs, fungus and hungry critters? That would be the amazing Rotofarm, the self-contained and NASA-inspired indoor garden which just may be the future of at-home food production.

The Rotofarm was fully funded on Indiegogo in an astounding eight minutes, and to date has been received 2411% of its funding. Take a look at Rotofarm’s video and you’ll quickly see why. It’s truly an incredible machine: fully automated, app-controlled, and requiring a whopping five minutes of work every week to create a bumper crop of greens. We don’t often feature crowdfunded products on SPY, especially before they’re released, but this futuristic herb garden is the exception to that rule.

Just look at this thing: 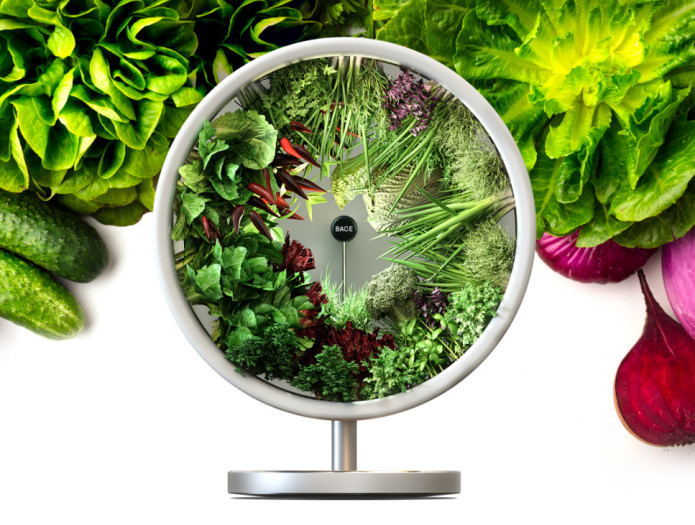 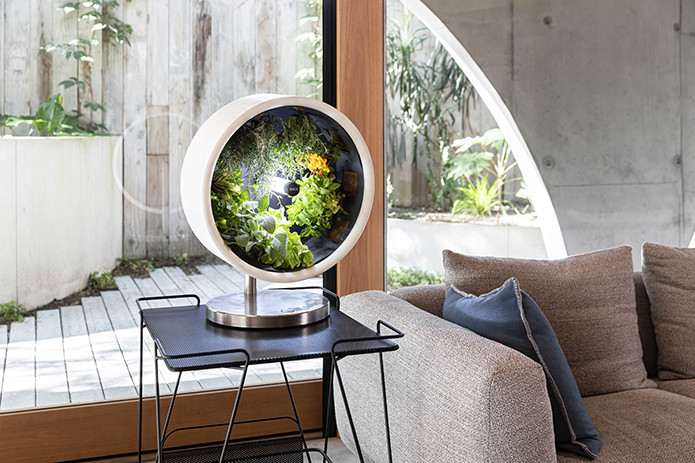 There are five feet of growing area wrapped around the Rotofarm wheel. The plants require no soil, springing forth from pre-seeded pods and fed hydroponically. The multi-spectrum light gives the plants a constant source of warmth and growing power as they slowly rotate, making one revolution every 46 minutes. The circular design is inspired by NASA technology, and the belief that spending half of their time upside down and not subject to constant gravity will expedite the growing process.

The lack of soil means the Rotofarm uses 95% less water than traditional earthbound gardening, where the vast majority of water is absorbed by the soil and not the plants. And the circular design allows the Rotofarm to use three times less space than earthbound plots. In a world with diminishing arable land and an increasingly volatile environment, being able to grow nutritious greens indoors, year-round and regardless of the weather, are not small matters.

The other advantage of hydroponic produce grown indoors? It’s non-GMO, free of pesticides, herbicides and other harmful chemicals. Amazingly, crop production may have to leap far into the future in order to return to its purely organic and most natural roots.

The Rotofarm is currently in pre-order on Indiegogo, with an anticipated delivery date of October 2020. The price tag is not small. You’ll have to grow and eat an awful lot of greenery before the Rotofarm pays for itself, even at the pre-order price of $525. (The post-release price will be $804.) But cutting-edge innovations like the Rotofarm are exceptionally rare, and if there’s anything worth reaching deep into your wallet to be an early adopter for, it’s the safe and efficient production of healthy food. Move your garden to your countertop, year-round.