The arrival of summer is much heralded. After all, thoughts of days at the beach, afternoons sipping cocktails on the patio and evenings dining al fresco get us through the colder seasons. But, summertime isn’t all rainbows and butterflies. Along with longer days come allergies, extreme weather and insects of all varieties. Among the latter are wasps, which no one wants to find nesting on their property.

If you think your home is housing a wasps nest, you’ll likely want to get rid of it as soon as possible, especially if you’re allergic to wasp stings. However, you should first ensure that what you’re looking at is actually a wasp nest and not a beehive. While wasps can be aggressive, bees generally aren’t. Bee populations are generally in decline yet are a necessary part of the ecosystem.

Once you’ve determined the growing nest on your property belongs to wasps, you’ll need to choose your wasp nest removal tool. These range from organic, eco-friendly options, like peppermint essential oil and dish soap, to hard-hitting pesticides in the form of sprays and powders. Read on to find out more about all the options.

According to the Journal of Pest Management Science, peppermint oil is a highly effective tool for wasp nest removal. This widely available essential oil kills wasp larvae and eggs. Adult wasps dislike the oil so much that they will also likely leave and never come back. To use the oil, mix one tablespoon peppermint oil with four cups of water in a spray bottle. Spray the mixture directly onto the wasp nest while the wasps are asleep. You can also spray this mixture anywhere you know wasps usually like to build their nests around your home. For example, spraying it under eaves or patio furniture will deter the wasps from creating nests in those spaces this year. 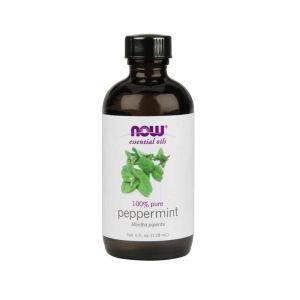 Perhaps the most effective way to get rid of a wasp nest is to use insecticide spray. The Spectracide Wasp and Hornet Killer kills these stinging insects on contact. It comes in an aerosol can that sprays up to 27 feet to keep you at a safe distance from the nest. Once the wasps are dead, the nest will also die and fall away. This pack of Spectracide comes with three cans of spray to last you all summer long. Do note that insecticide is a toxic chemical and shouldn’t be used around children or pets.

Like many other animals, wasps don’t like competition. They simply won’t build their nest alongside another wasp or hornet nest. Therefore, one of the best deterrents to wasps is using a fake wasp nest in your home’s most frequently targeted areas. The Tanglefoot Waspenator doesn’t use any chemicals or messy sugar water, yet it’s very effective at preventing the colonization of your eaves and ledges by wasps. This pack comes with three fake nests which are weatherproof and super simple to use. 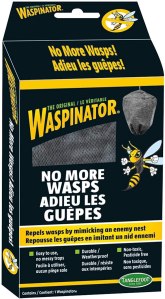 Overhangs, eaves and small structures around your property are the most likely locations for wasp nests. If you have an area where you see nests every year, try lining the “roof” of that spot with aluminum foil this spring. Taping the silvery material on these surfaces will prevent wasps from identifying that area as a prime nesting location. The Reynolds Wrap Aluminum Foil works well for this purpose, but you can use just about any aluminum foil you have around the house.

Whether you have children or pets or you just want to be a bit friendlier to the environment, using an eco-friendly wasp nest killer is always a good idea. The EcoSmart Wasp & Hornet Killer relies on plant oils (like peppermint oil) rather than pesticides to kill wasps on contact. It will also get rid of hornets and spiders. The spray can reach up to 18 feet to keep you at a safe distance, and it’s best applied at sunrise or sunset when wasps are generally sleeping in the nest. 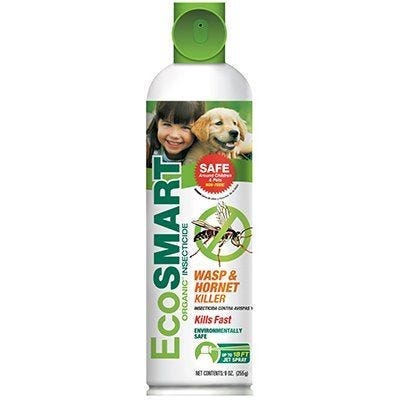 Did you know you may be able to get rid of a wasp nest using only dish soap and water? This widely reported hack can be used on small hanging nests outside the home. Just mix two tablespoons of dish soap, like the Dawn Dishwashing Liquid Soap, with three to four cups of water and place the mixture into a spray bottle. Cover your wasp nest with the spray during the evening hours when the wasps are least active. The soap clogs the wasps’ respiratory systems, effectively drowning them straight away. 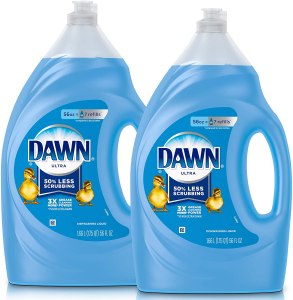 As one of the least risky methods of wasp nest removal, using a powder pesticide or “dusting” could be the best solution for you. To use the Bayer Delta Dust Pest Insecticide, you simply sprinkle the dust over the nest and any adjacent areas. You’ll still need to wear protective clothing and to move quite quickly, but the dust shouldn’t anger the wasps in the same way that sprays do. As the wasps continue to enter and exit the nest, they will spread the pesticide around the colony and kill the nest. However, it’s important to note that dusting will not immediately kill wasps, so this method should only be used on nests that aren’t an immediate threat. A large nest might also need to be dusted multiple times before all the wasps die.

Relegate the Rodents: The 6 Best Rat Traps on Amazon