PROS: Affordable, high quality, stylish design, damage-proof packaging, easy to clean.
CONS: Slightly heavy — at least for those under 120 lbs.
TAKEAWAY: While I was not personally able to assemble the couch myself, I am fairly confident that majority of people would have zero trouble.

As a single woman who lives more or less by herself (yes, I do have a roommate, but she unofficially lives at her boyfriend’s apartment), finding furniture and home decor that I can actually put together without spiraling into a full-blown panic attack, temper tantrum or downright getting injured in the process can be a challenge. While I certainly don’t mean to preface the review with anti-feminist undercurrent or posit that women are largely incapable of putting together furniture or heavy lifting without the help of an S.O. or pricey mover, for me this just so happens to be the case.

While I admit that my lack of bicep muscle and generally wiry frame play a major role in my reluctance to put together furniture by on my accord, I’m also admittedly impatient and short tempered when I can’t figure something out myself. I often give up frustrated and defeated, without settling down for a moment and thinking rationally about how to solve the problem, only to dial up a male friend or ex boyfriend whose guilt runoff from the end of a relationship plays to my advantage when I need husband-level things done around the house. But frankly, I will be 30 in just under a year, and while sometimes you just need a second hand, I really despise the idea of having to rely on a man or someone simply stronger than me to do adult-level things.

I had an over-sized, beat-up old couch that my sister and I purchased when we moved into the apartment a few years ago. At that time, we opted to pay the extra fee for movers and have them do the dirty work. After four years of binge watching Netflix (with snacks, of course as made evident by the shameful amount of ancient popcorn and gummies found under my old couch after moving it out), plenty of friend couch-crash, and falling asleep unwilling on that couch trying to make a deadline, the couch had truly seen better days. It was time for an upgrade. 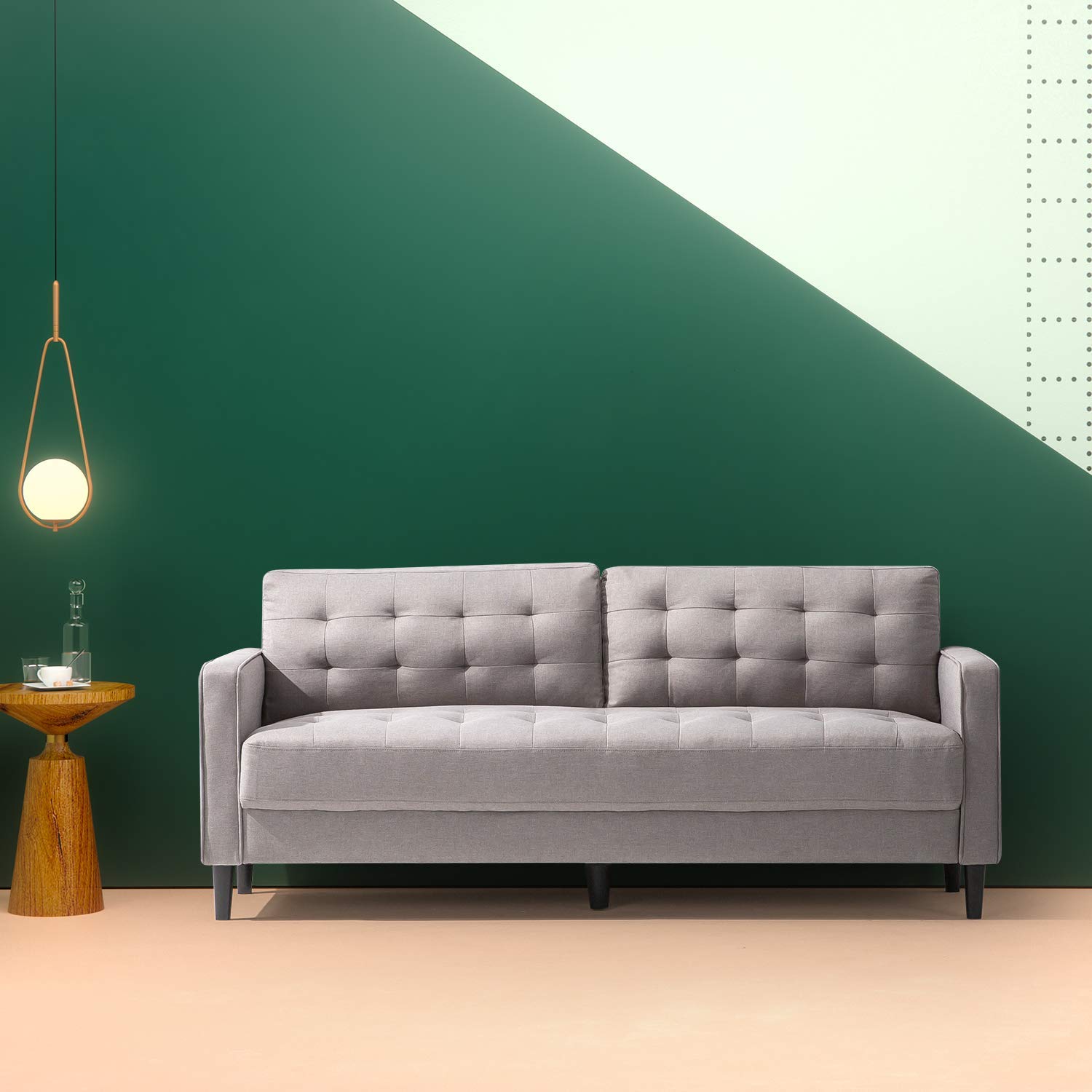 I came home from work one evening and found the over-sized package standing tall in my living room. Apparently, my roommate had been able to get the box inside without any trouble, which I assumed was a good sign in terms of the prospects of a breezy assembly process to come. After procrastinating for over a week, I finally opened the box and made my first attempt. The pieces arrived un-assembled, but with a guide that – unlike IKEA – had both written and visual instructions. My first attempt at assembly failed miserably, but not necessarily because it wasn’t easy, but because I simply was not strong enough to life the base of the couch by myself to connect it to the legs. After a few fits and tantrums (and giving up within two to three minutes of putting the couch together) I finally expressed my defeat to my roommate. As if I couldn’t have felt any more incapable of adulting, my roommate was able to not only lift the heavier pieces without flinching but she also put the couch together as I stood and watched all by herself, in yes, just four minutes. While the instructions from Zinus do say that it’s best to assemble with the help of a friend, she was able to do it all on her own. 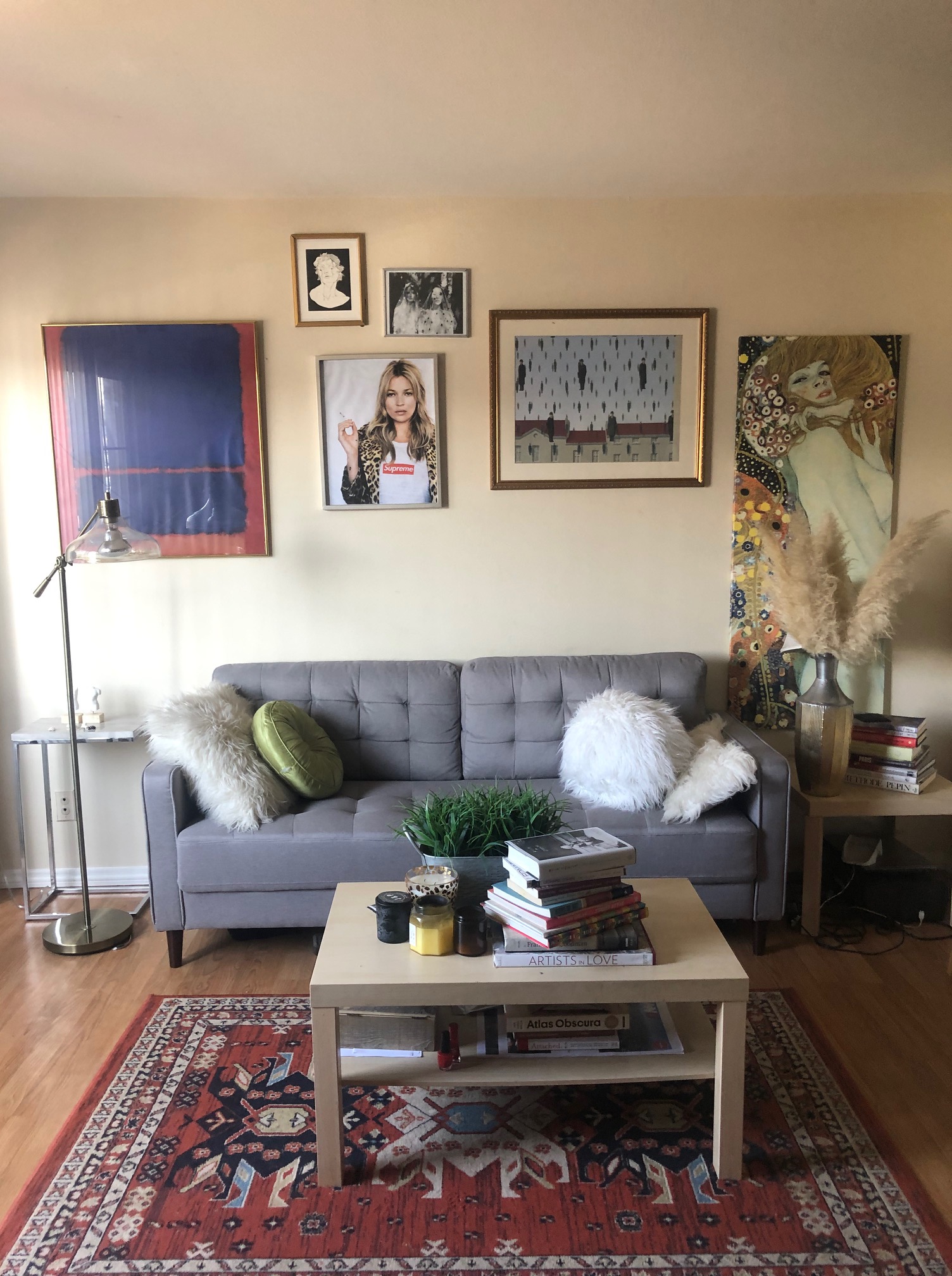 Image courtesy of the author

The final verdict? While I personally was not able to assemble this gorgeous couch on my own, I feel very confident in saying that I think that most adults probably could — even without the help of a friend or S.O. However, given my scrawny build and aversion towards furniture assembling in general, it wasn’t the case for me. In terms of the quality and style of the couch, I could not be more impressed, especially given it’s super affordable price tag. My mid-century sofa honestly looks lilke $5K couch and yes, it’s actually comfortable.