The Balmuda toaster oven is not like other toaster ovens. It’s sparked international obsession since its invention years back and has been called “the perfect toaster” by WIRED. What makes it so great? Instead of simply using heat to toast the outside of your bread, it also uses steam to crisp the surface of your bread just right. The Balmuda was invented in Japan, and it recently became available in the United States for the first time.

These unique little ovens are selling out fast, so get your hands on one quickly before they’re gone. 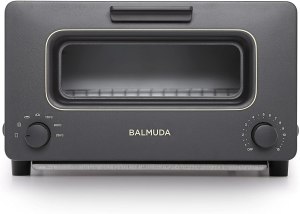 When the operation starts, steam fills the inside of the oven and spreads a thin layer of water onto your bread. Moisture heats up faster than other elements so the water on the surface toasts while preserving the butter, oil and other moisture inside the toast. The water acts like a seal, perfectly preserving your bread and giving it the optimal toast.

The toaster has three different temperature zones you can work within ranging from 170-230℃. The varying ranges are designed to perfectly toast different types of bread ranging from plain toast to baked goods. And unlike the toasters we’re used to in the United States, this toaster oven lets you apply butter, garlic and/or cheese before you place your bread in the toaster. Not sure which temperature to use? It comes with a guidebook to show you. 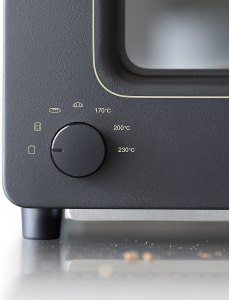 There are also pre-selected modes for certain types of food including Toast mode, Cheese toast mode, French pan mode, Croissant mode and Classic mode. If you’re someone who frequently burns their toast without thinking, this toaster has your back. 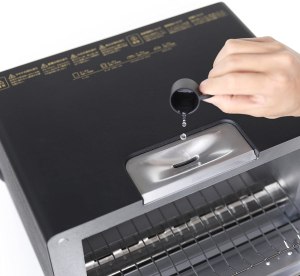 All it takes is a power source and a little bit of water to run. The only downside? This toaster is going to set you back more than your average $40 appliance from Bed Bath & Beyond. Is it worth it? That depends on how much you love toast and other baked goods. It’s got pretty good reviews on Amazon and is great for things beyond just your morning breakfast carb.